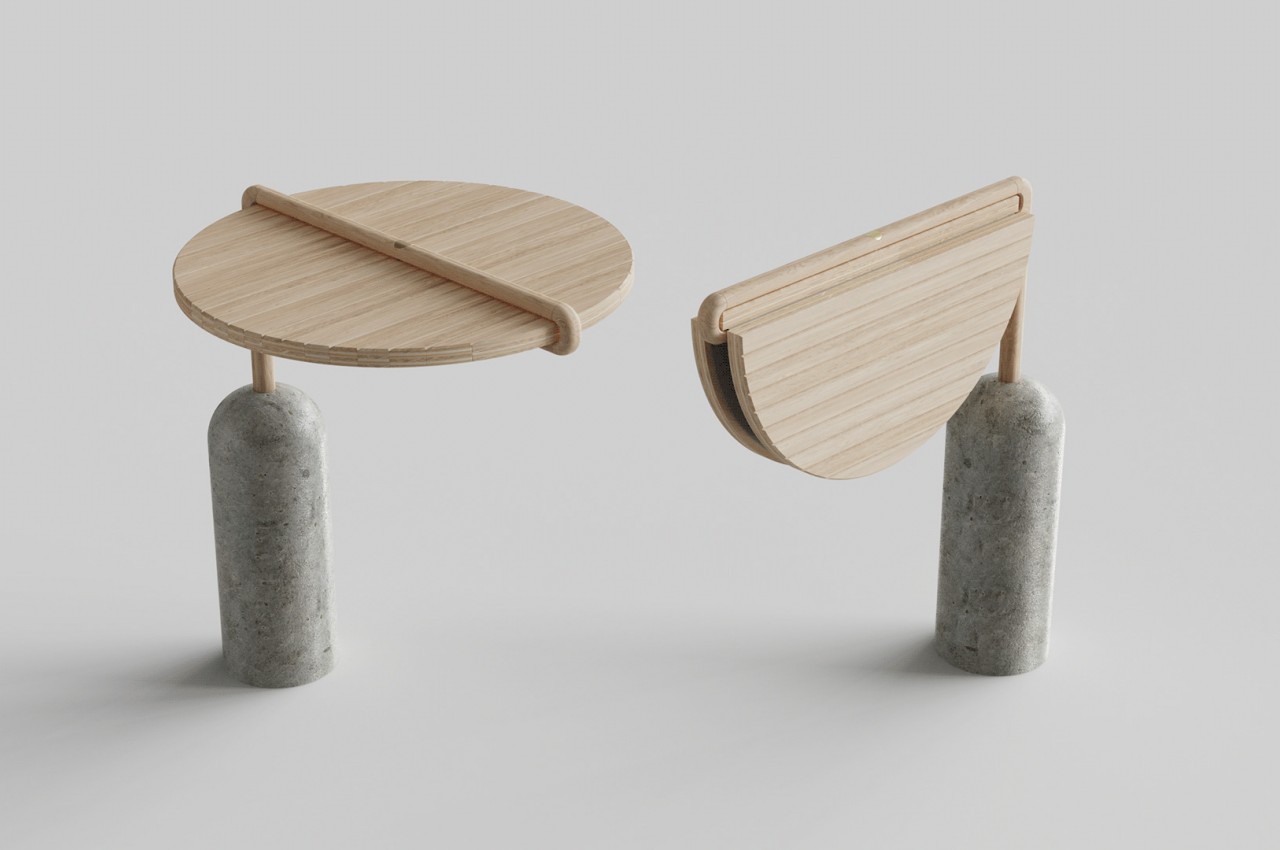 Many of us probably wish we had something to put our coffee mugs or phones on beside our lounge chairs or couches. Side tables are perfect for this kind of duty, but there might also be times when you don’t want such a piece of furniture in front or beside you. Perhaps you are economizing on space, or maybe you just prefer to put everything away when you’re done using them. Whatever the reason might be, foldable tables exist for that purpose, but these form-changing pieces of furniture can be complex and are often unattractive. Of course, there are exceptions to this, and this curious side table concept is one of them, especially with its rather unconventional yet simple method of implementing that folding feature. 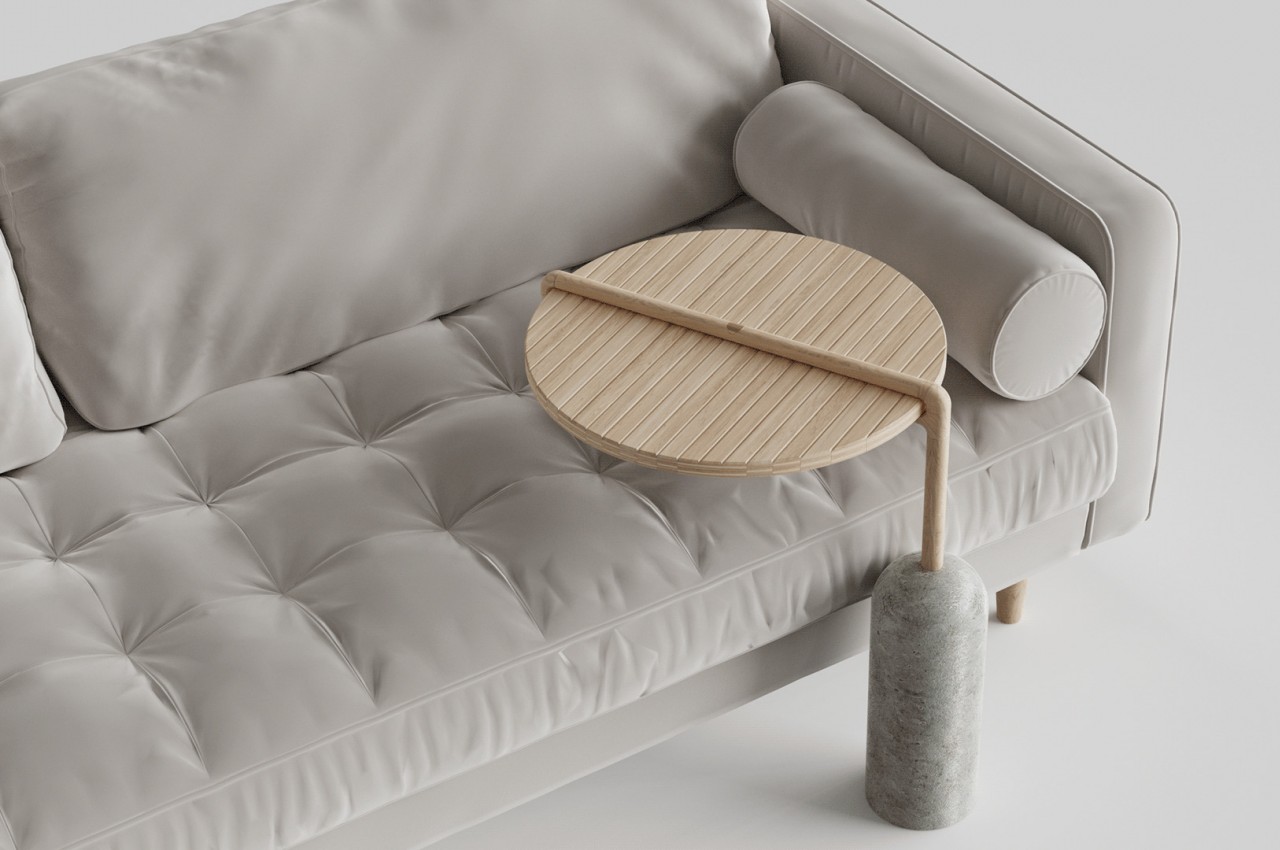 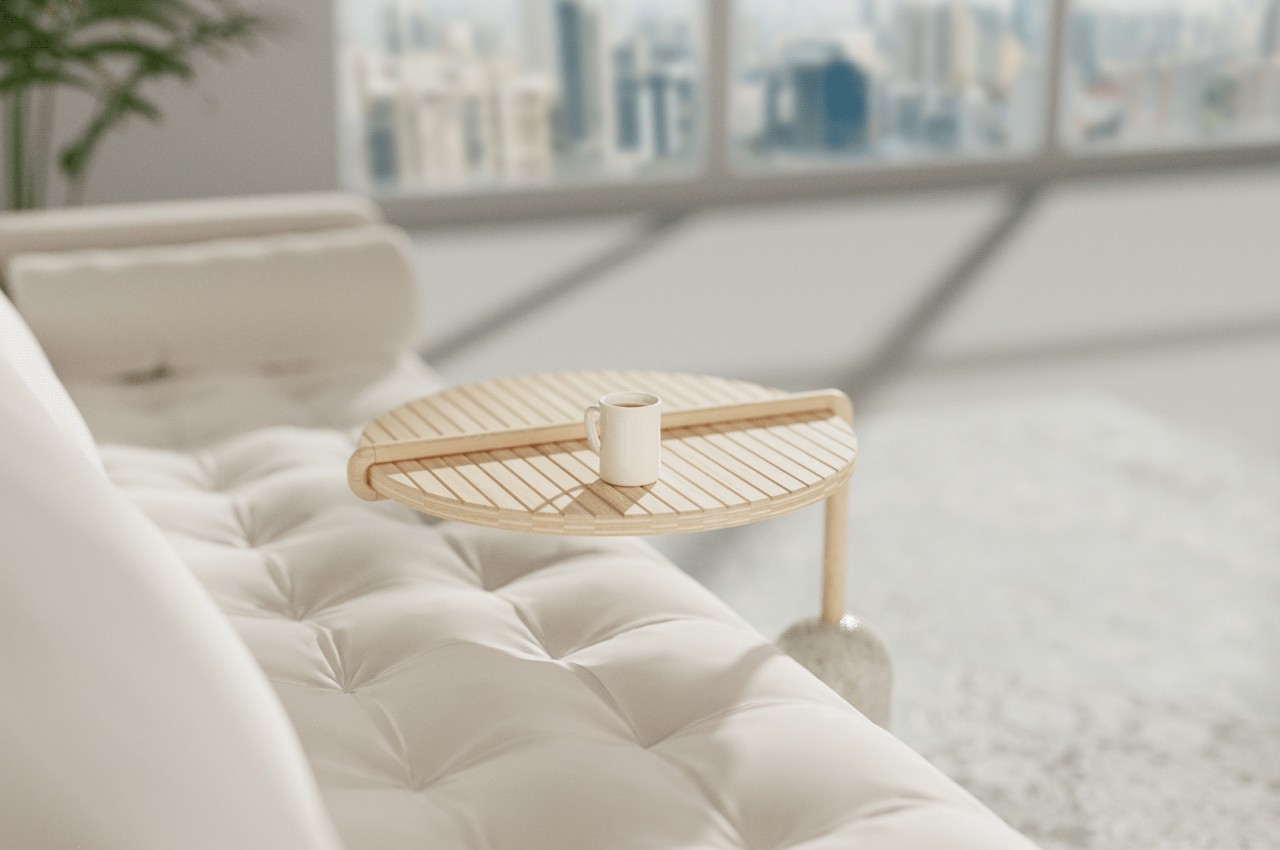 At first glance, this side table is both a mystery and a work of art. Inspired by ancient Chinese waist fans, the table has a particular design that doesn’t even try to hide the multiple strips of wood that make up its circular top. It also looks almost unbalanced with the way that the tabletop sticks out to the side, away from its one and only leg. It almost feels like the table could topple over with the slightest push or with a heavy burden. 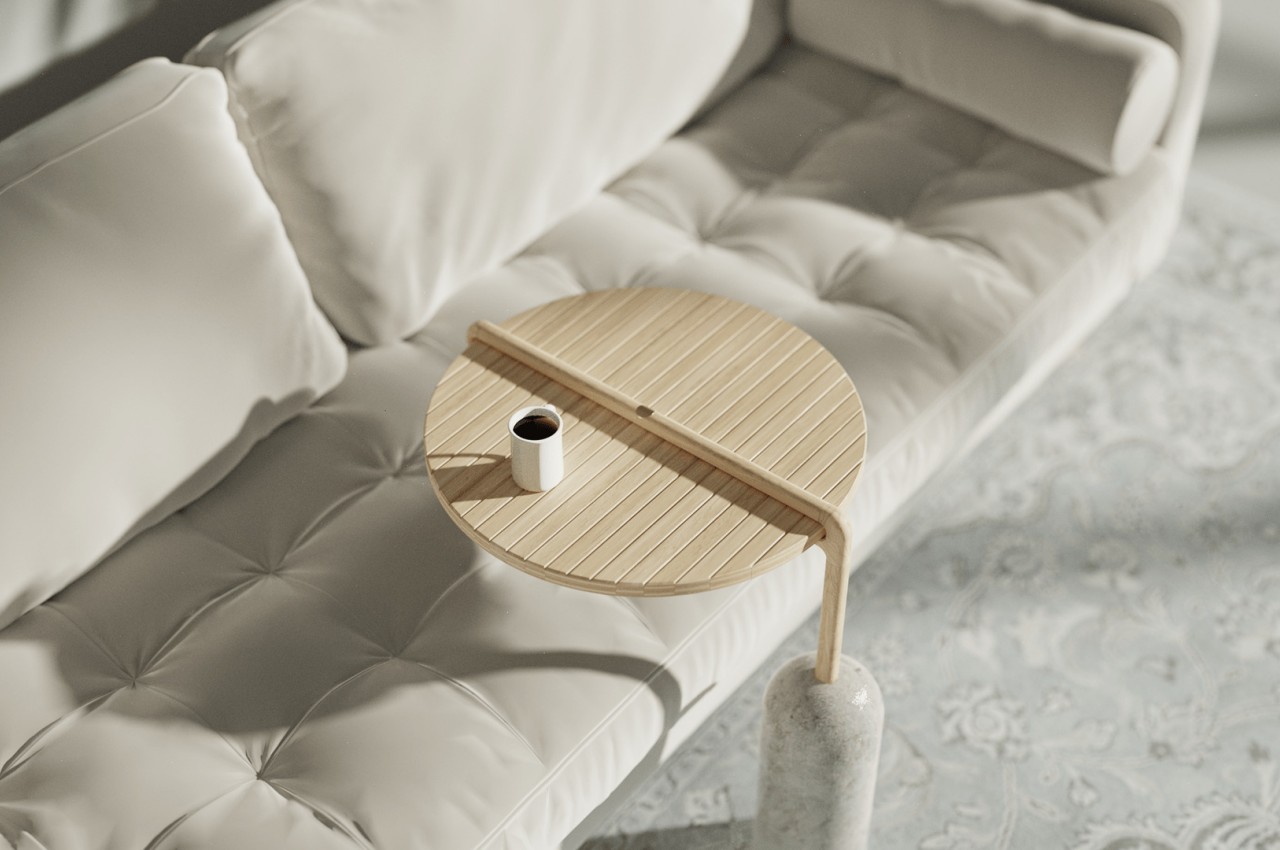 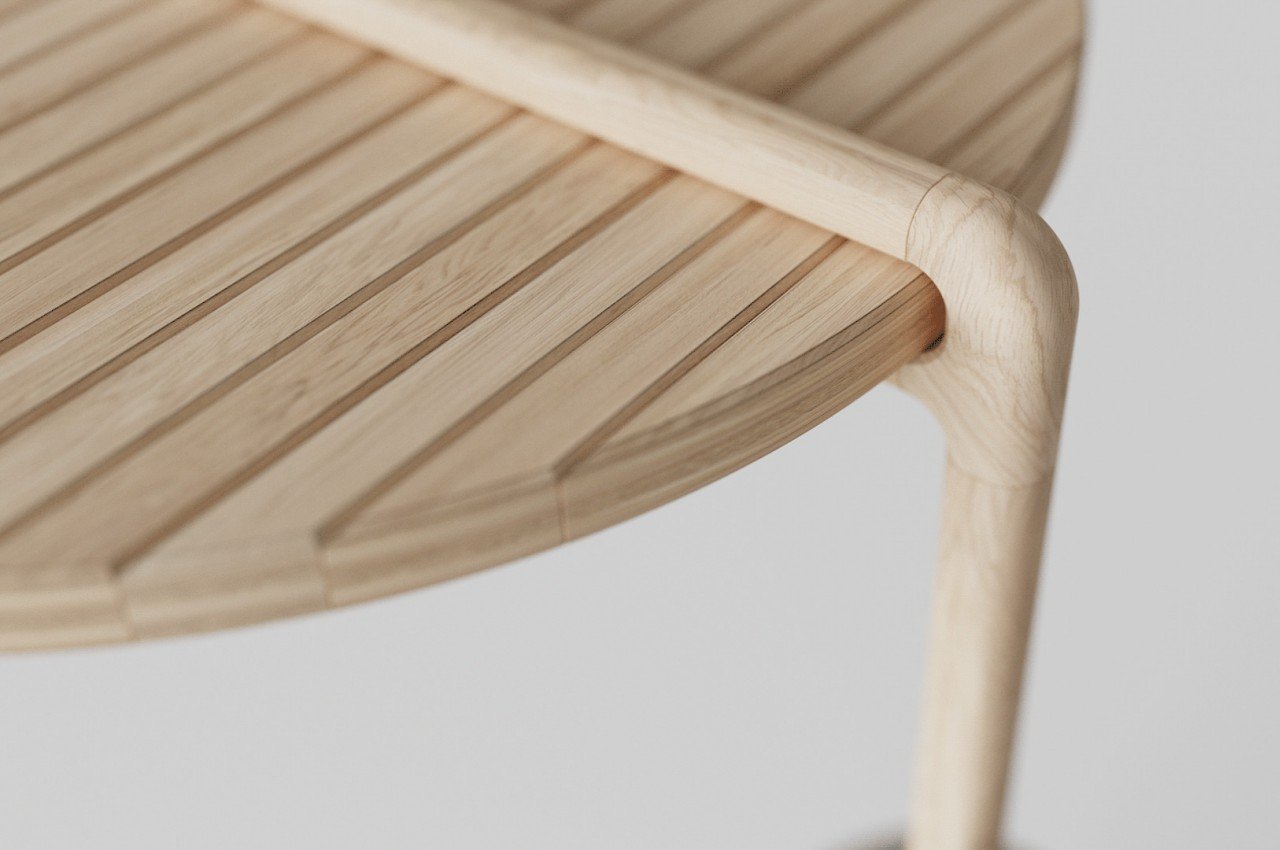 What truly makes this side table unique, however, is its folding mechanism. Rather than folding down the tabletop as a whole, it actually folds in half instead. The loop in the middle keeps the halves from folding down, but a simple 90-degree turn frees the hinge completely. It’s a simple mechanism that requires no extra parts to lock the two halves together, and the table will only fold if the hinge is lined exactly in the middle. 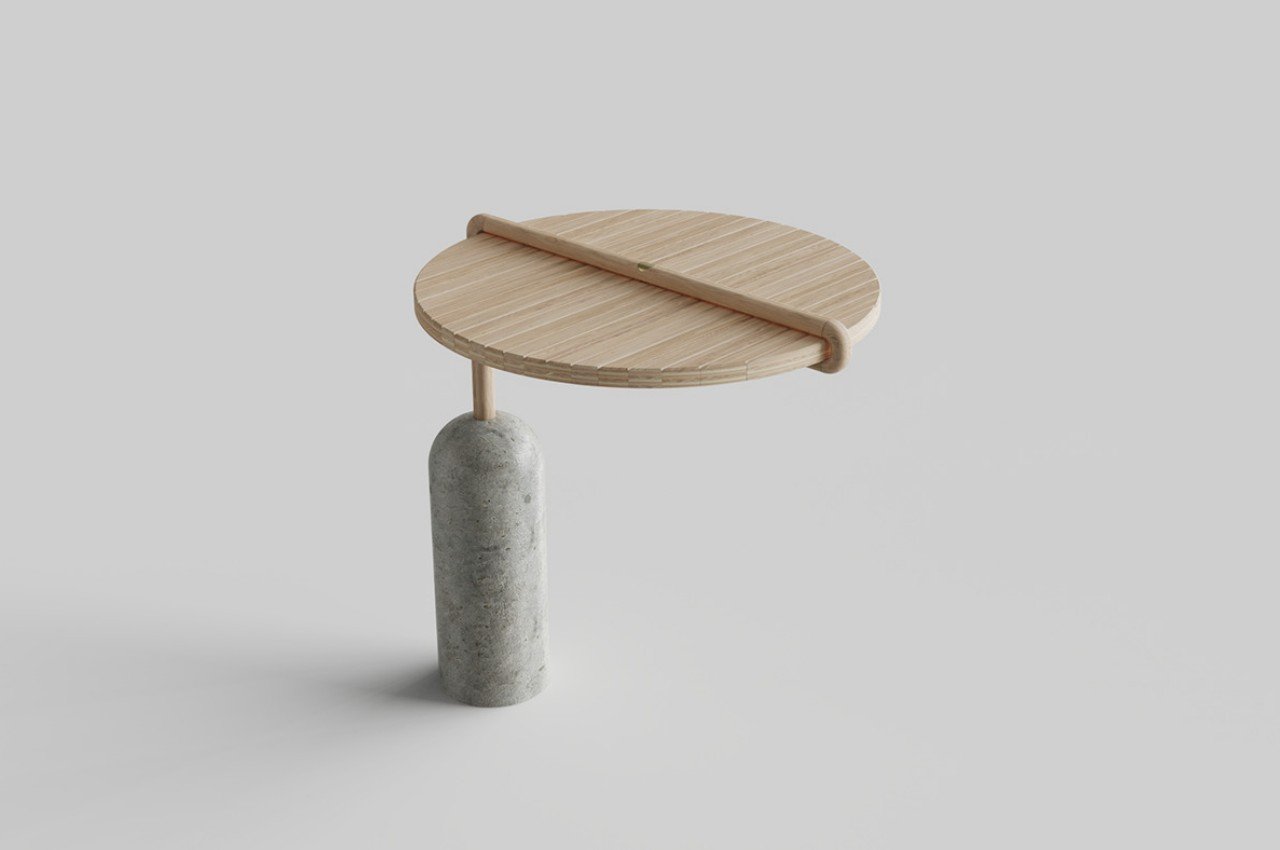 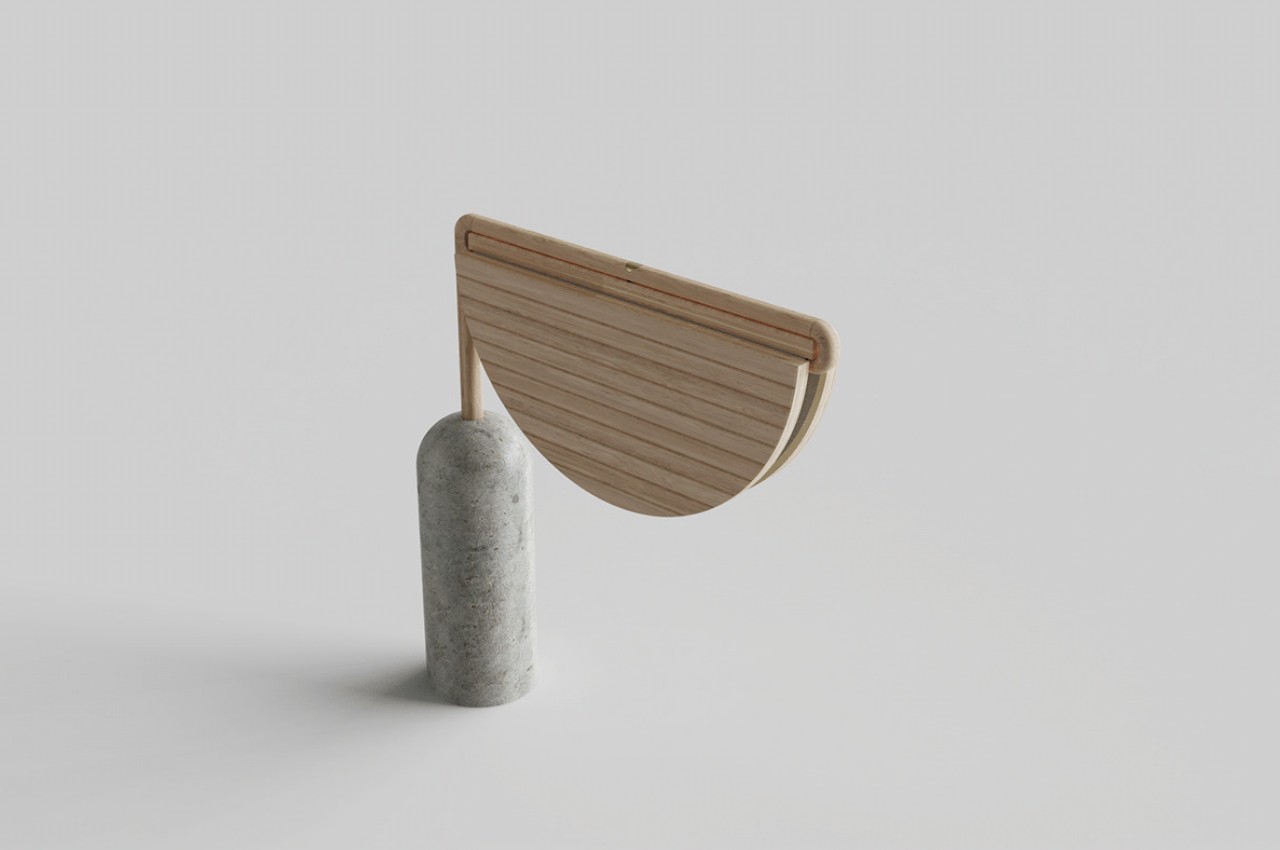 Admittedly, that same bar that holds the two halves in place also limits the size of things you can put on the side table. Then again, the purpose of this table is for small, temporary items that need a brief resting place, like a cup, a phone, or a pocketbook. Anything bigger would require a more permanent table, which is not what this design is for. 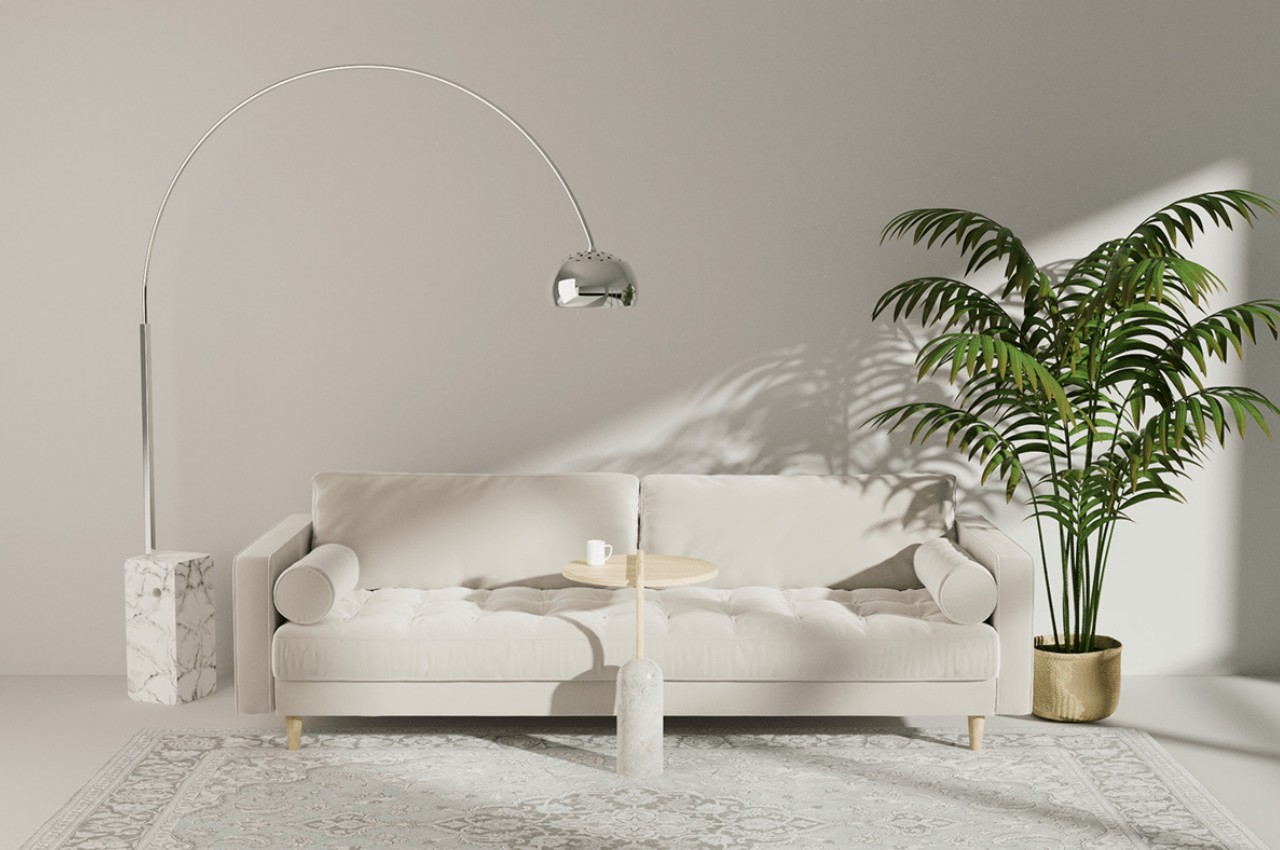 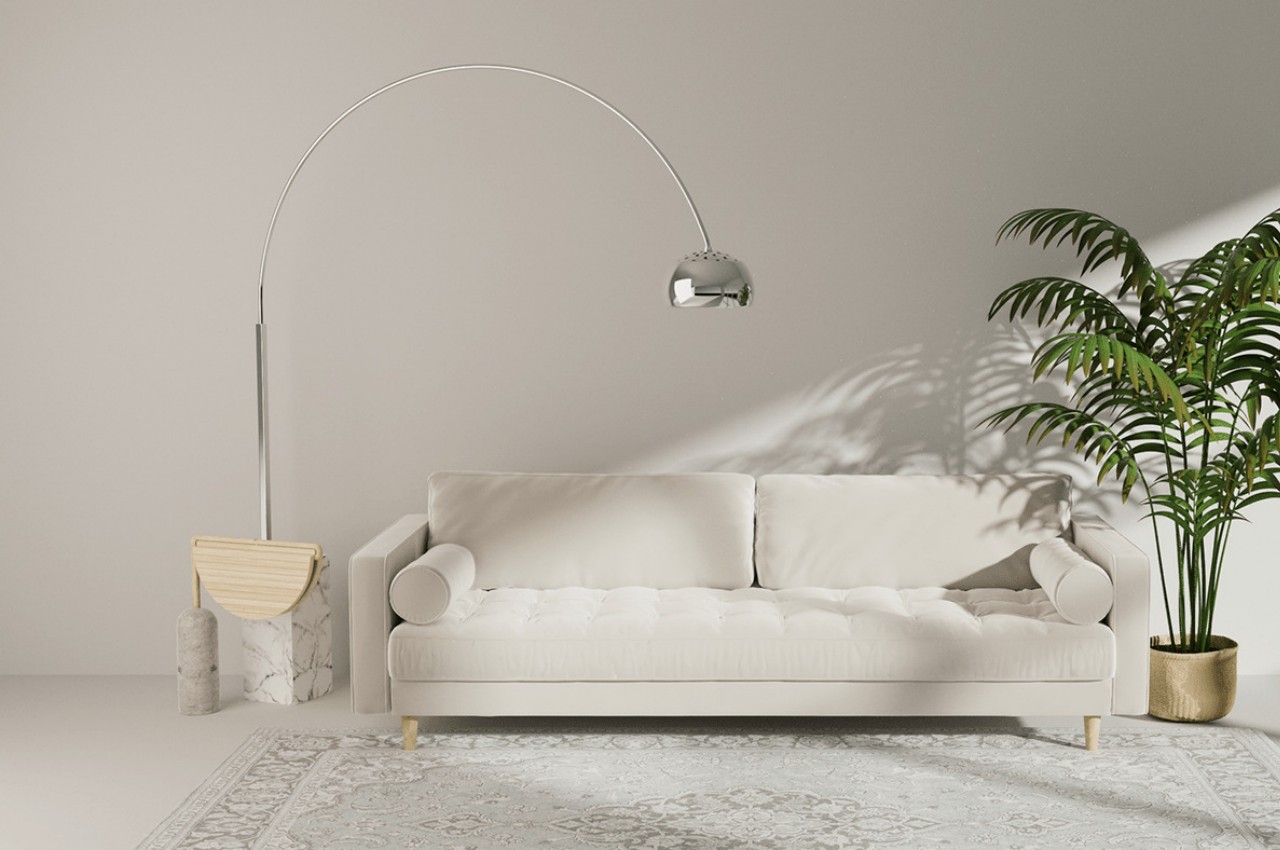 As for the table’s stability, the base of the table is made from concrete, so it won’t fall over unless you put something heavier than that. This combination of concrete and wood also turns the table into a somewhat interesting piece of sculptural art when folded. That way, it serves a secondary and more passive purpose even when not in use, making it an ideal solution for space-constrained rooms and living spaces. 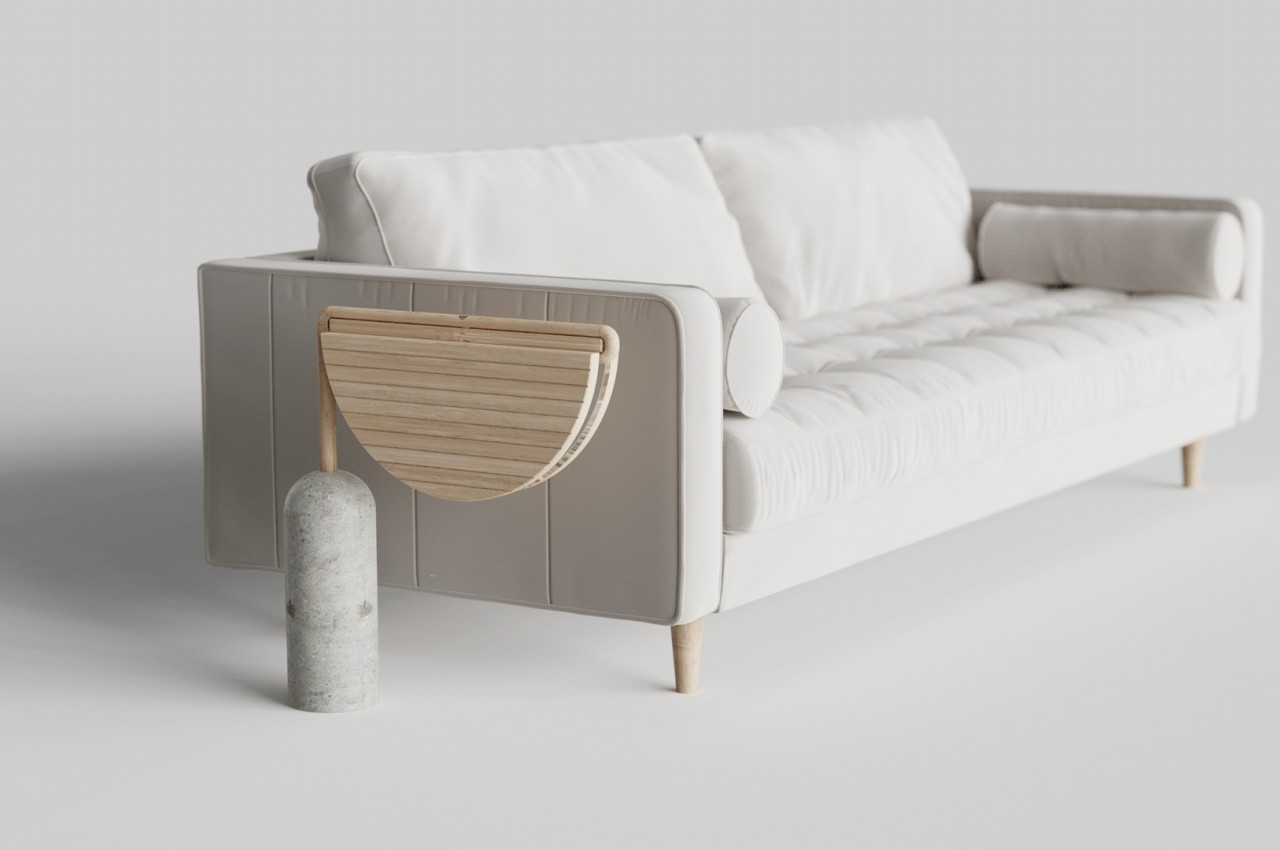 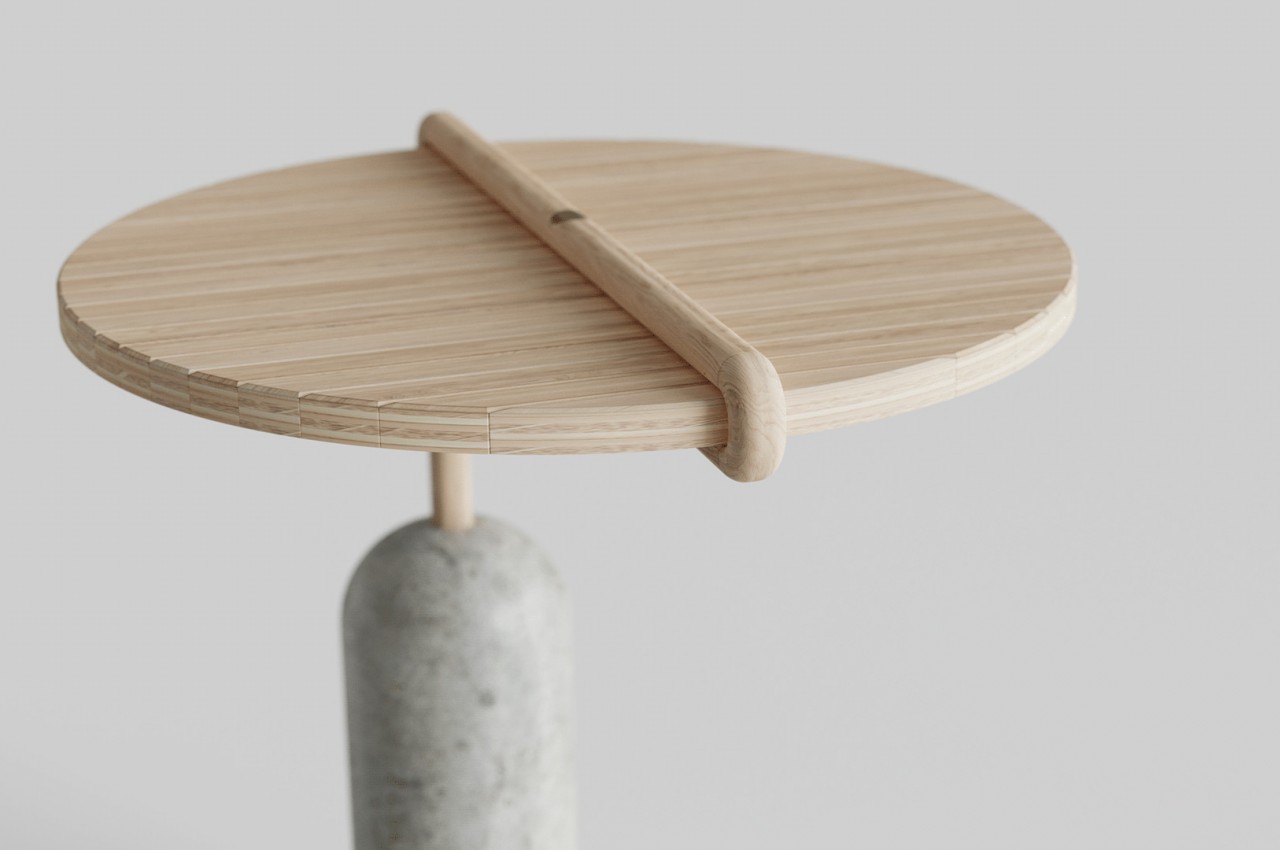