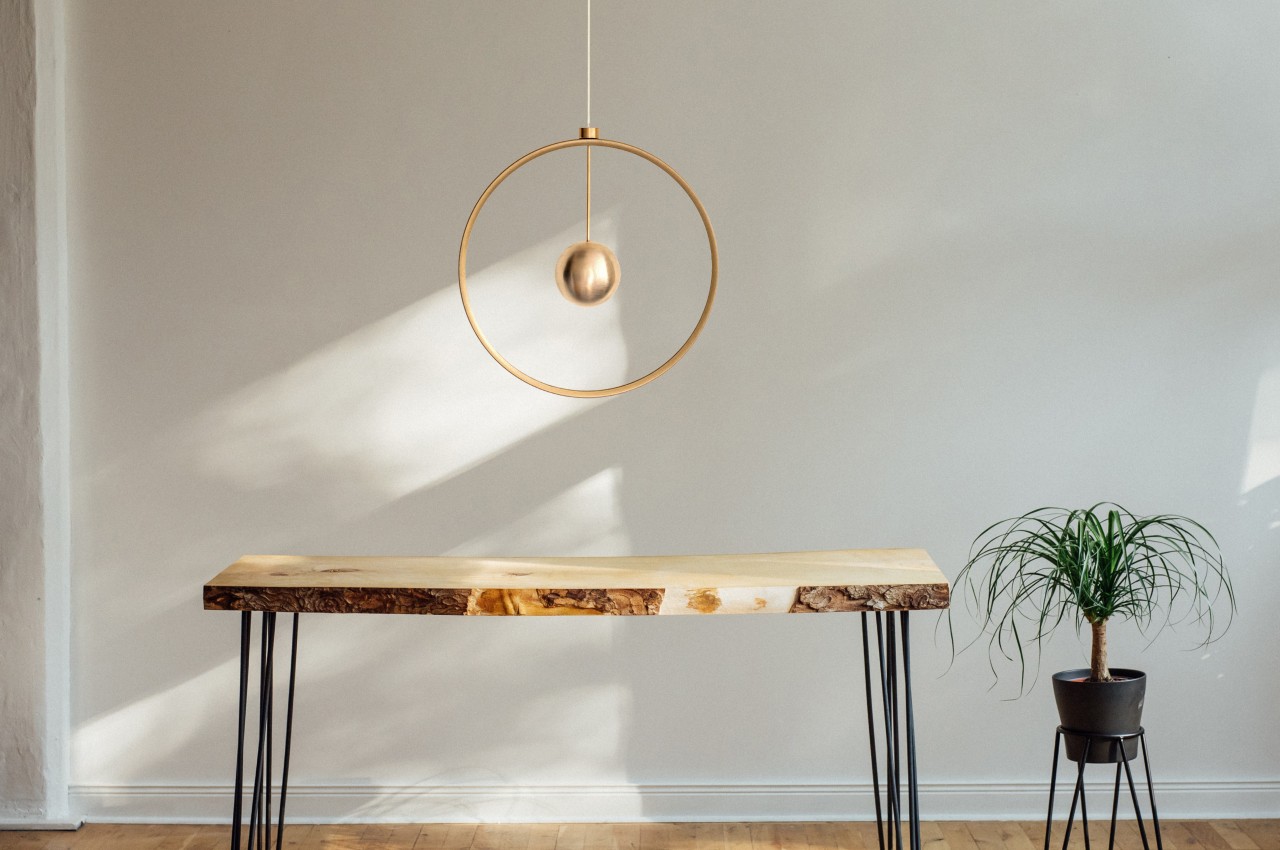 We all need light inside the house, sometimes even during the day, but not everyone’s eyes are built the same. Some people are more sensitive to the glare of bulbs of any kind, and most indoor lighting is designed to project their light directly from the bulb, whether or not there’s some diffusing material in between. This can be uncomfortable and disconcerting for these people, creating a home environment that isn’t as relaxing and welcoming as it should be. This pendant lamp concept tries to bring that positive atmosphere back into the home by taking inspiration from the moon and planets to deliver a softer light that soothes the mind as much as it illuminates the eyes. 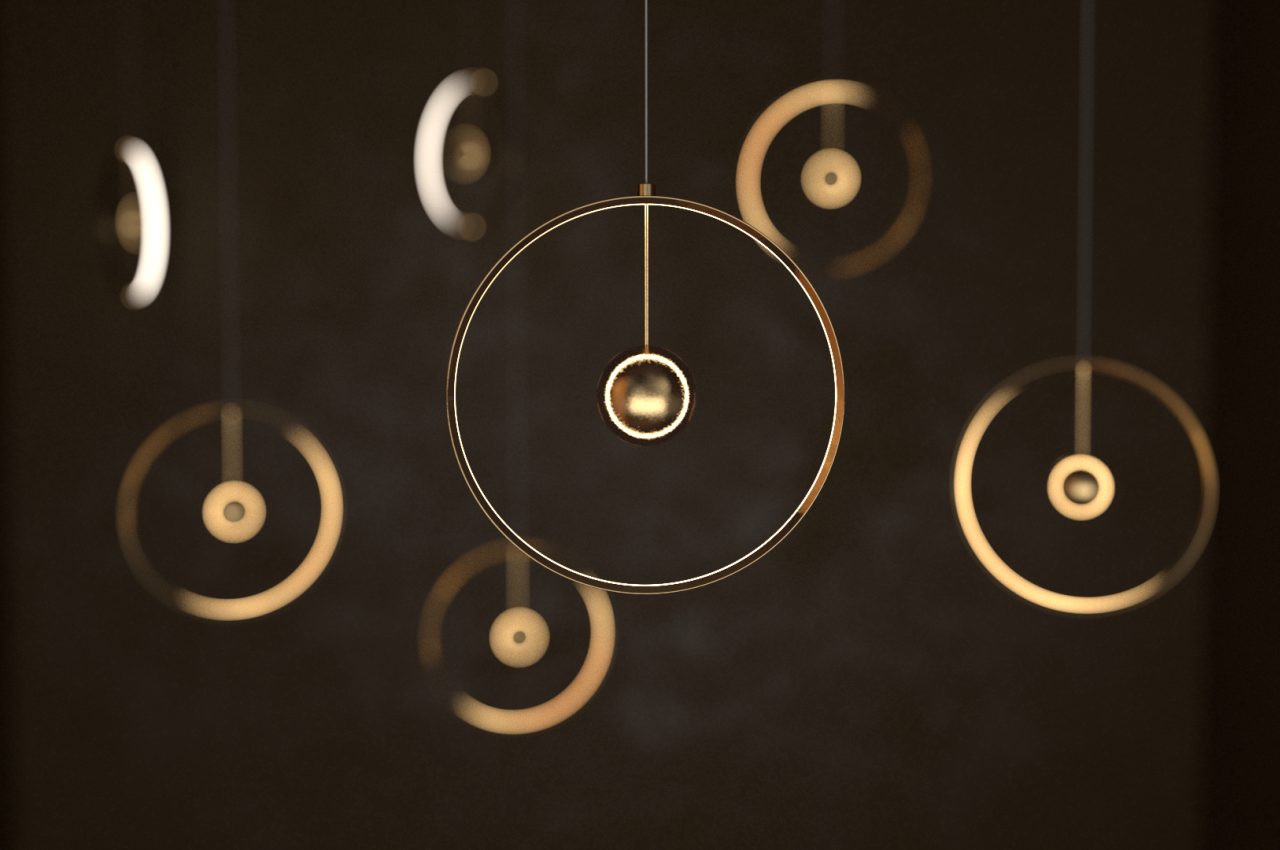 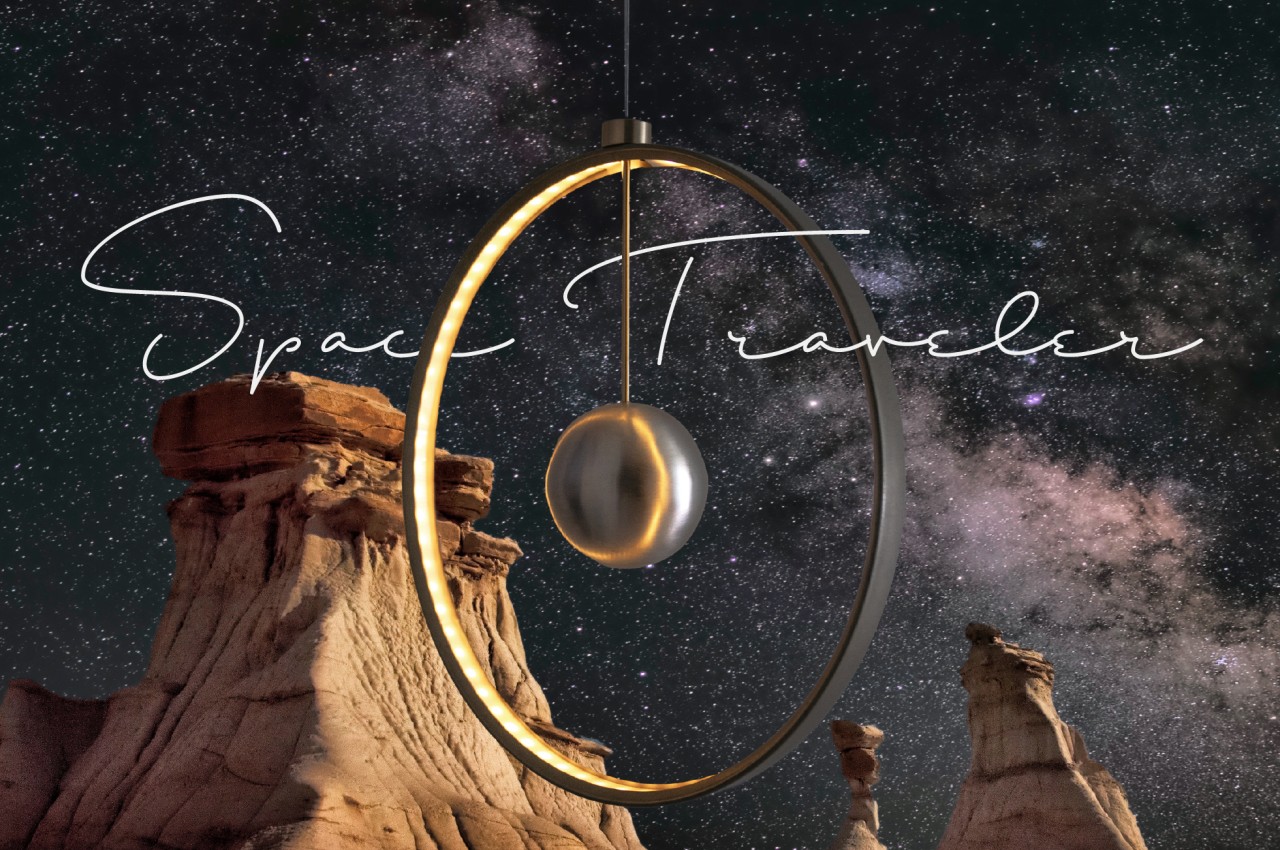 No one looks at the sun directly and doesn’t get blinded by its scorching light. Even during a total solar eclipse, when the moon covers most of the sun, people are advised to only view the phenomenon through reflections or tinted filters. We tend to appreciate the sun indirectly through its effects and, in the case of space objects like the moon, through the light that’s reflected off them. 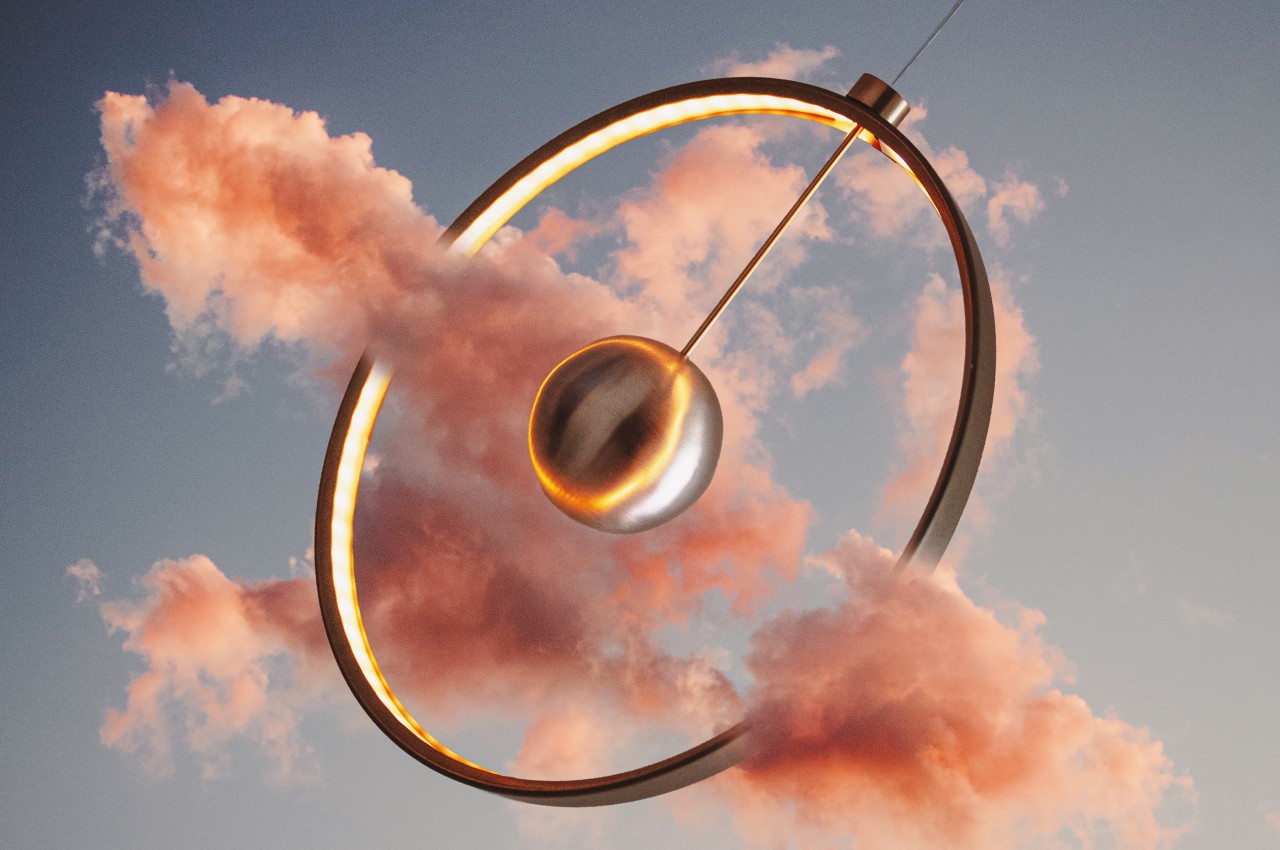 Space Traveler uses that same principle of reflected light to create an even softer glow than using a filter or some material to diffuse the light coming from a bulb. The source of the light, in this case, a strip of LEDs, shines the light on a brass object which then reflects the weakened light across the room. Instead of some simplistic implementation, however, this lamp also adopts a composition that pays tribute to its heavenly inspiration. 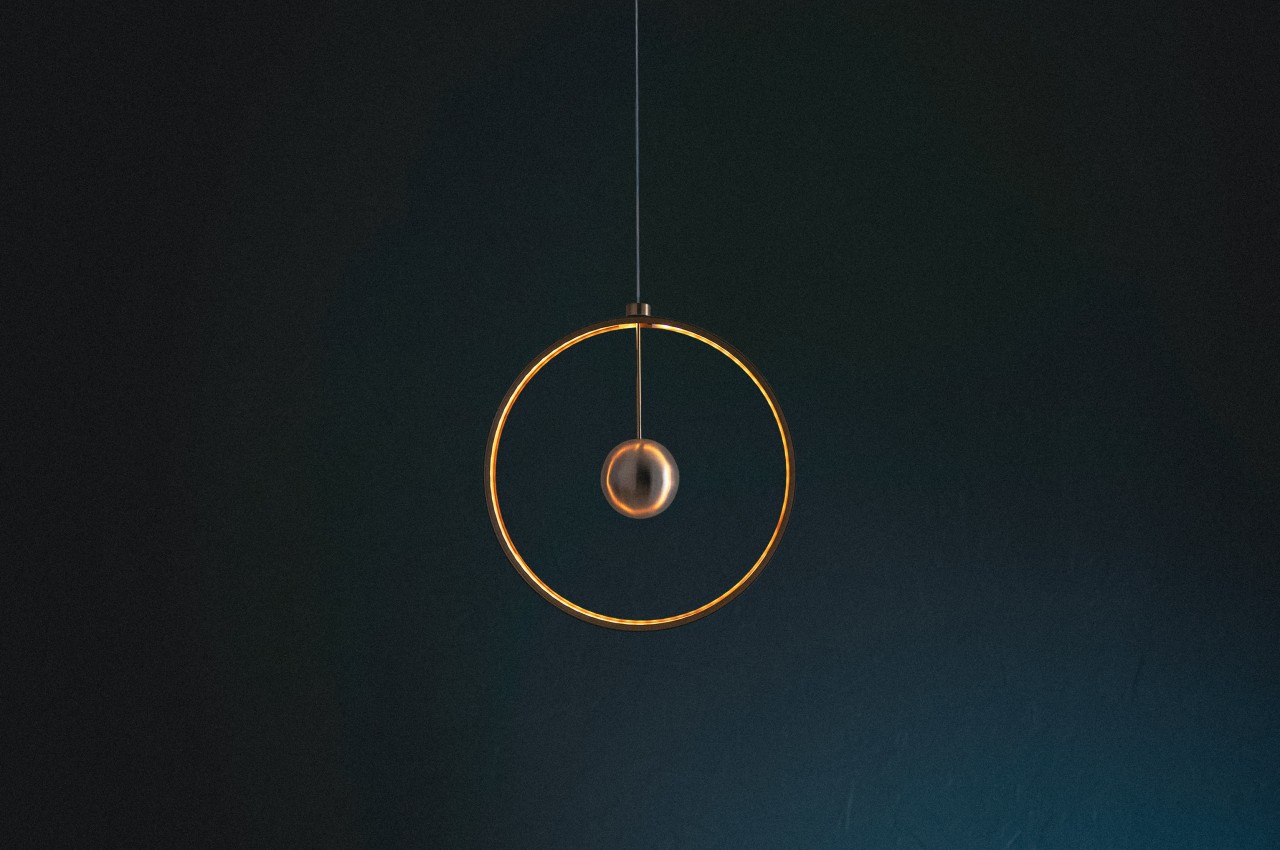 That LED strip, for example, is installed inside a ring-shaped frame and the brass ball suspended in the center takes the place of the bulb. This shape is reminiscent of the sun and a planet that orbits around it, but with the lighting roles reversed. It is also like a planet with a glowing ring around it, like Saturn, Neptune, or Uranus. Here, the size roles are also reversed, with the ring dwarfing the reflective orb. 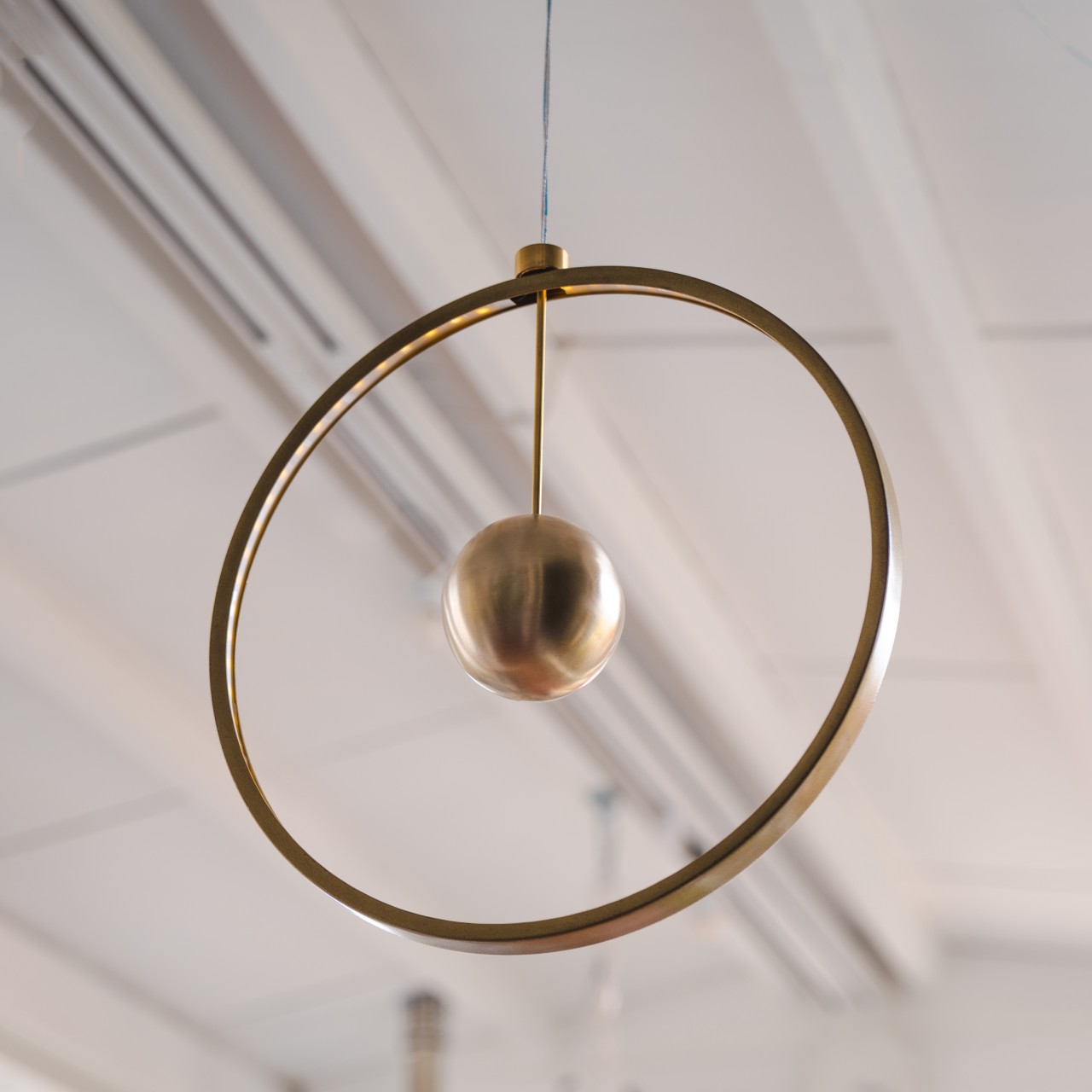 The Space Traveler’s overall effect is both tantalizing and eerie, casting an otherworldly glow in your room. The association with familiar heavenly bodies and the softer light also evokes some feelings of comfort. And when the ring spins around the sphere, it creates an imagery of a space-faring vessel traveling space, reflecting the light of the stars and the sun during its voyage. 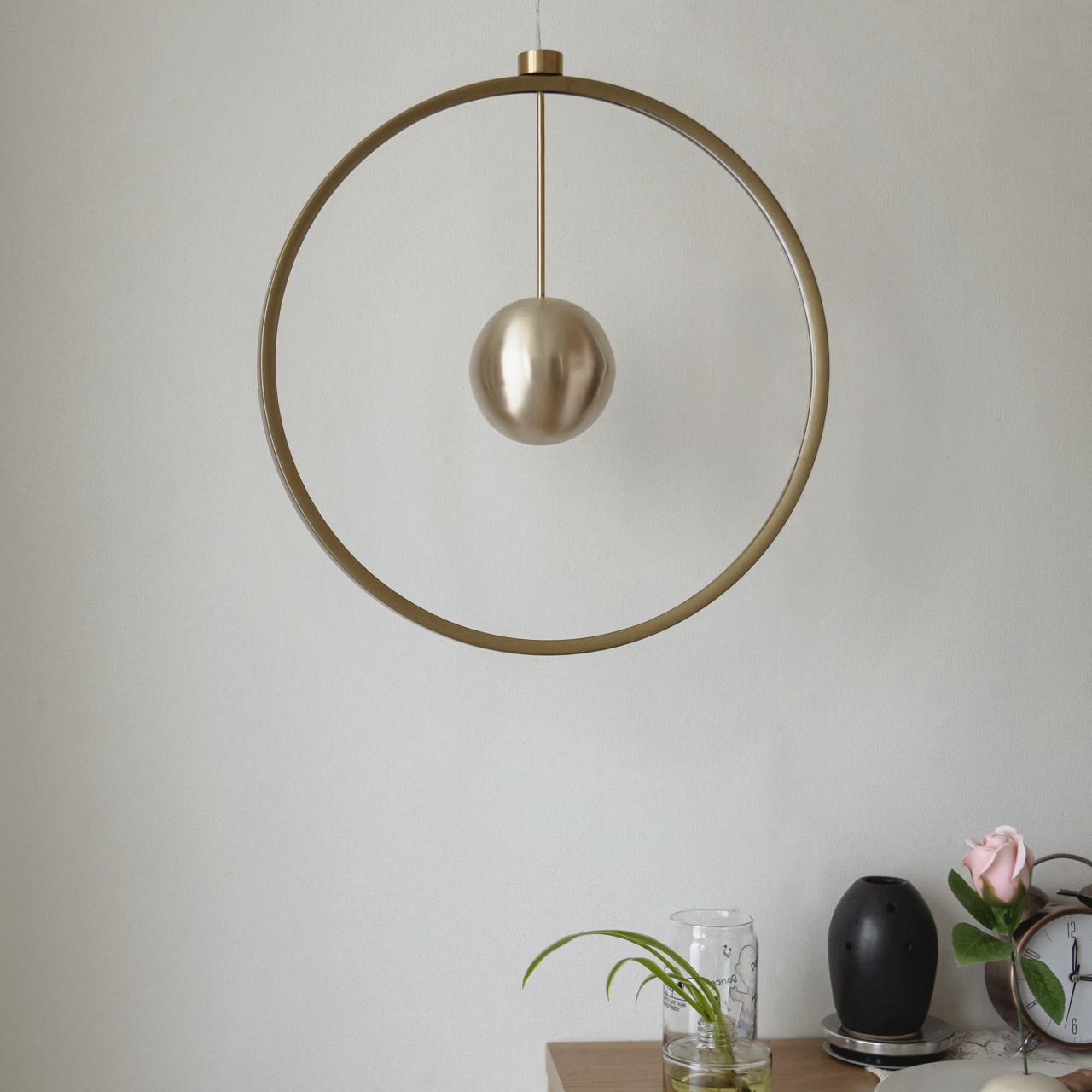