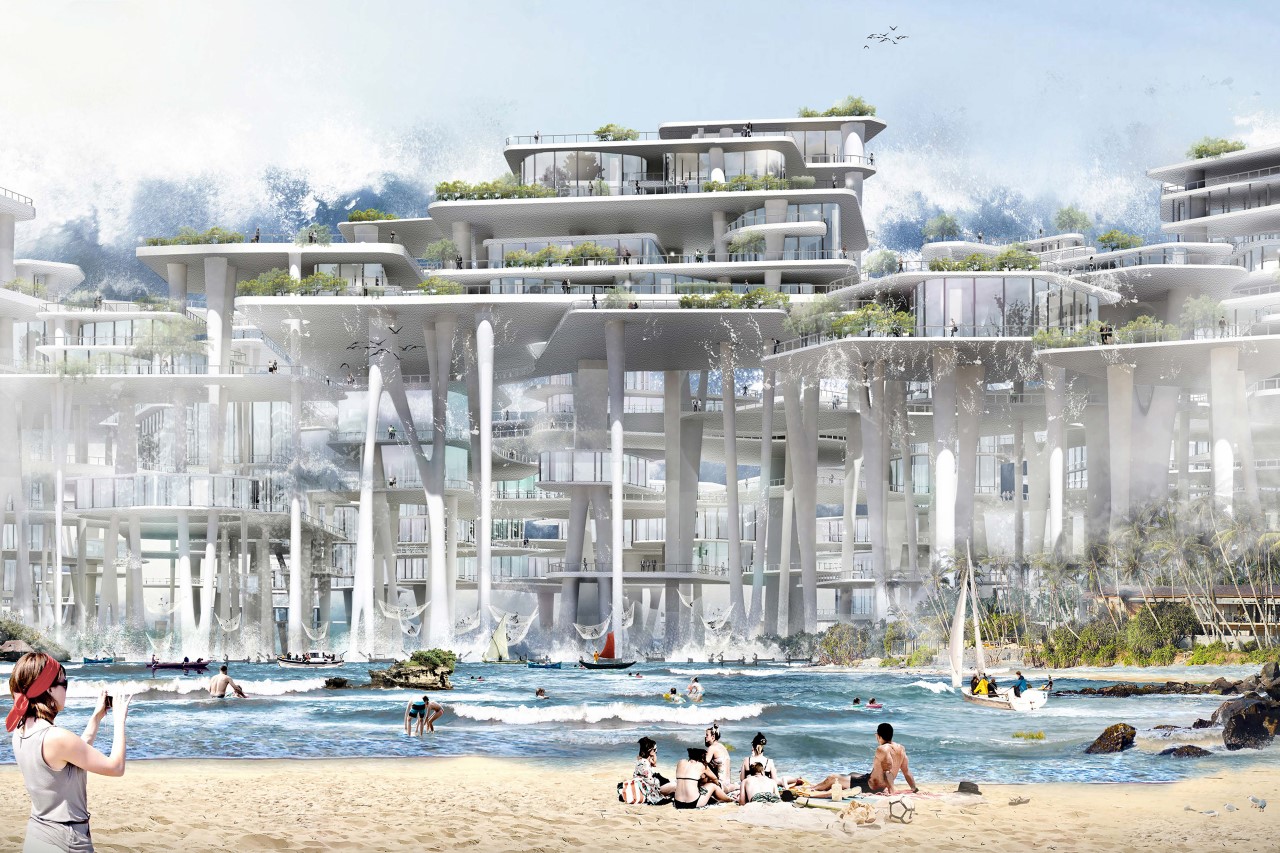 The volcanic eruption of Tonga on the 14th of January in 2022 created a major tsunami hazard for the entire pacific rim. The pacific rim is said to be the most prone to tsunamis, given its connection to all four major tectonic plates. It’s only natural for the architecture of the area to evolve to match this unique threat, and that’s what the Tsunami Park Skyscraper aims at doing. This eVolo Skyscraper Award-winning architectural design models itself on the shape and layout of mangrove roots that help break waves and currents by almost instantly slowing down water currents to help distribute their impact.

“Mangroves are woody plant communities in the intertidal zone of tropical and subtropical coasts, with developed root systems and staggering growth, which have the best effect on tsunami mitigation”, mention the designers. “Therefore, the skyscraper is inspired by the principle and mechanism of mangrove resistance to tsunamis, and consists of a single unit aggregated to form a vast complex along the coastline. Each cell consists of a bottom pillar and a top multi-level platform. The bottom pillar is made up of thick concrete columns that form a porous structure to dissipate the enormous force of the tsunami, while the upper platforms are of varying sizes, heights, and interconnections to carry people’s lives.” 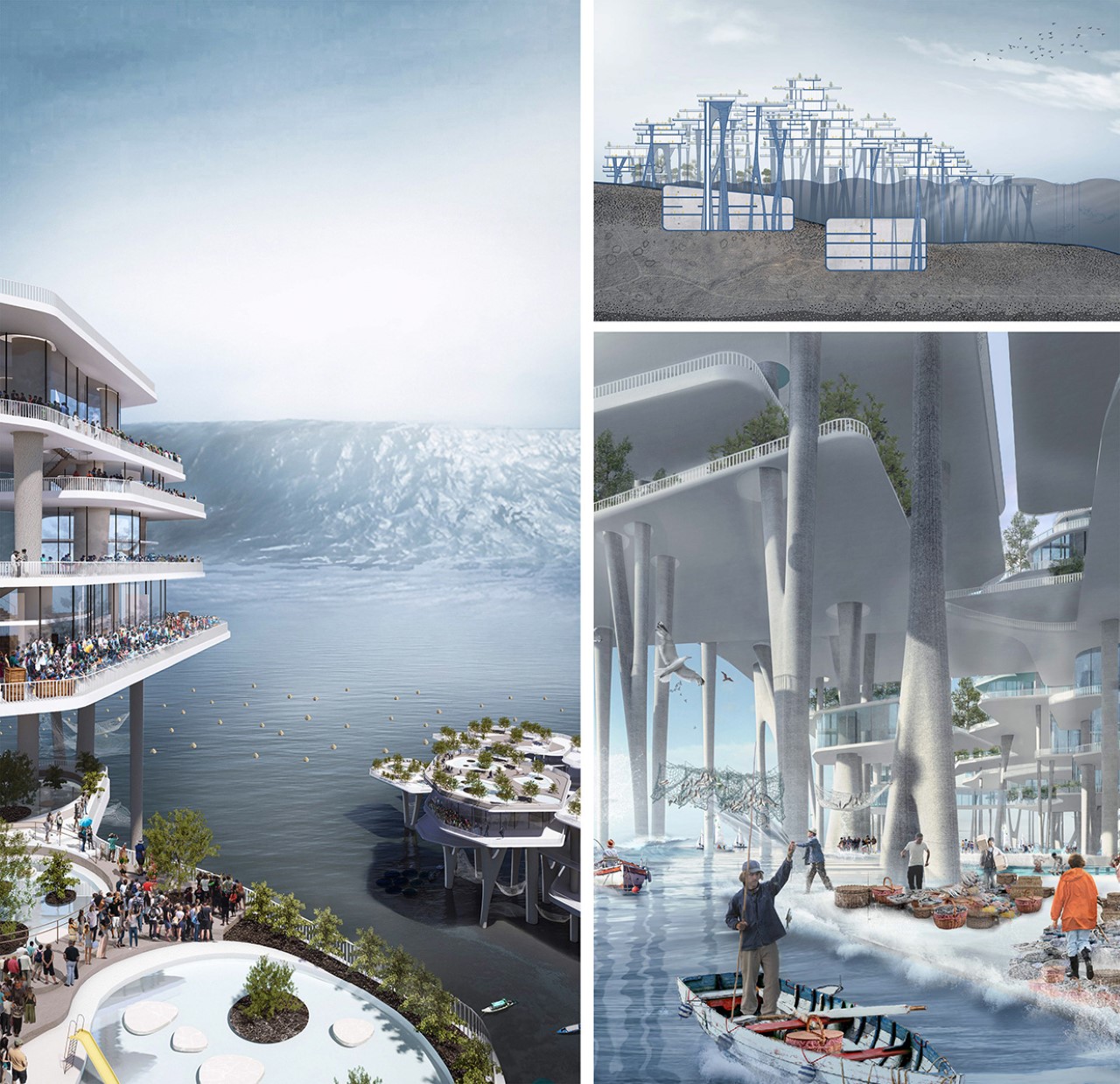 The skyscrapers have two functional states – a normal state, and a disaster state. The large towers hover many meters above the coastline, and while they created an elevated city-of-sorts to live in, the base of their massive vertical columns create the perfect area for tidal fishing and water-based bazaars (like the ones found in Thailand). This is where people gather for recreational activities like fishing, swimming, and boating.

However, in the face of a tsunami alert, the lower areas are immediately evacuated. As the tidal wave hits the skyscraper, it’s immediately broken into much smaller waves that instantly dissipate as the water is slowed down by the mangrove-root columns of the skyscraper park. Water is also absorbed by these columns and is channeled down into an underground desalination area for treatment (this happens on a daily basis too, during high tide). “Our solution strategy is therefore to turn a disaster into something, which means conforming to the tsunami, rather than fighting it. Transforming the catastrophic nature of the tsunami into a gift from nature to mankind,” the designers mention. 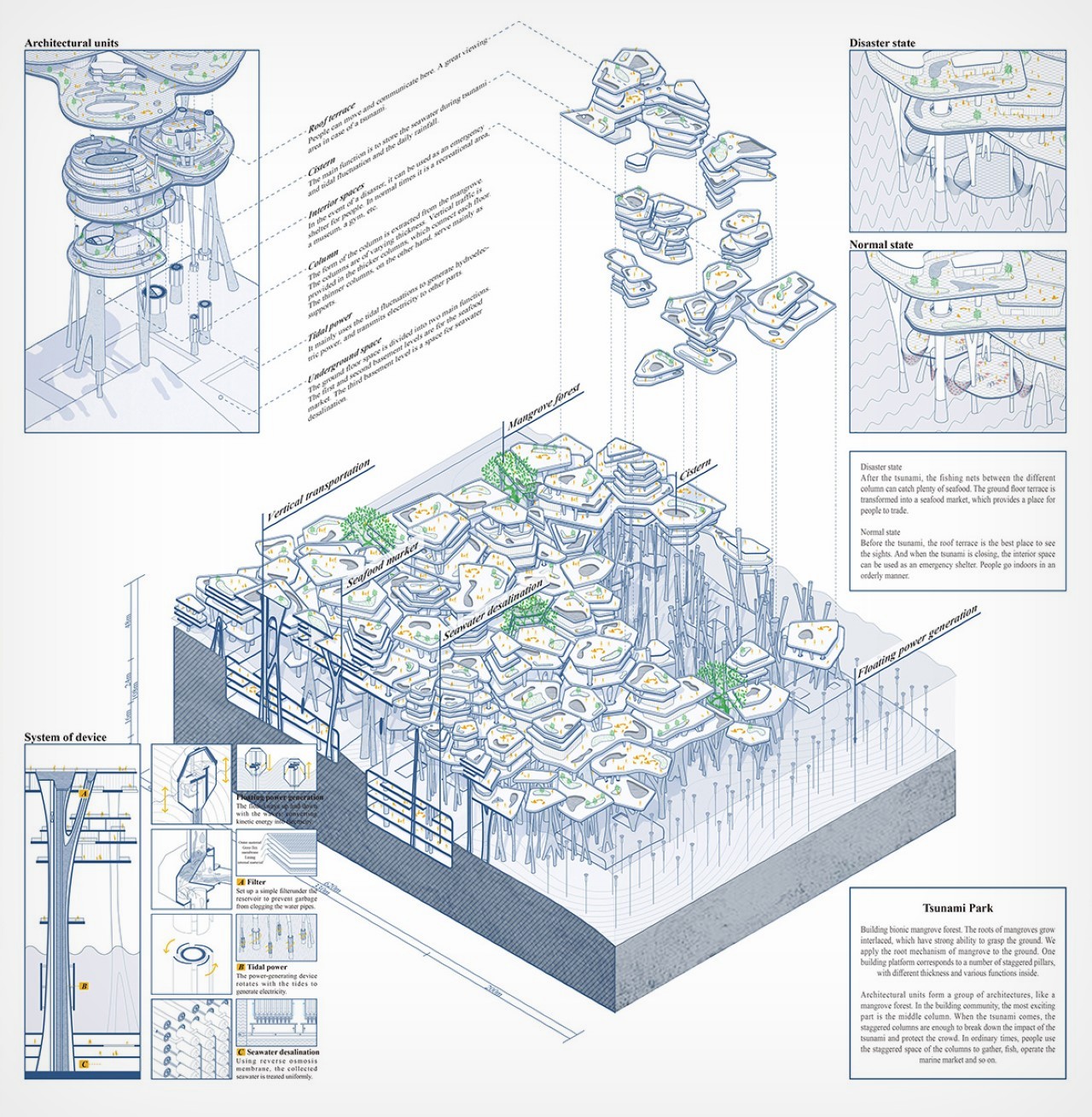