Recreational space flights are no longer a fantasy resigned to fictional worlds like The Jetsons. With companies like SpaceX, Virgin Galactic, and experimenting with trips into the stratosphere, the space tourism industry seems to quite literally be taking off, if only for the select few that are rich or famous enough to afford it. 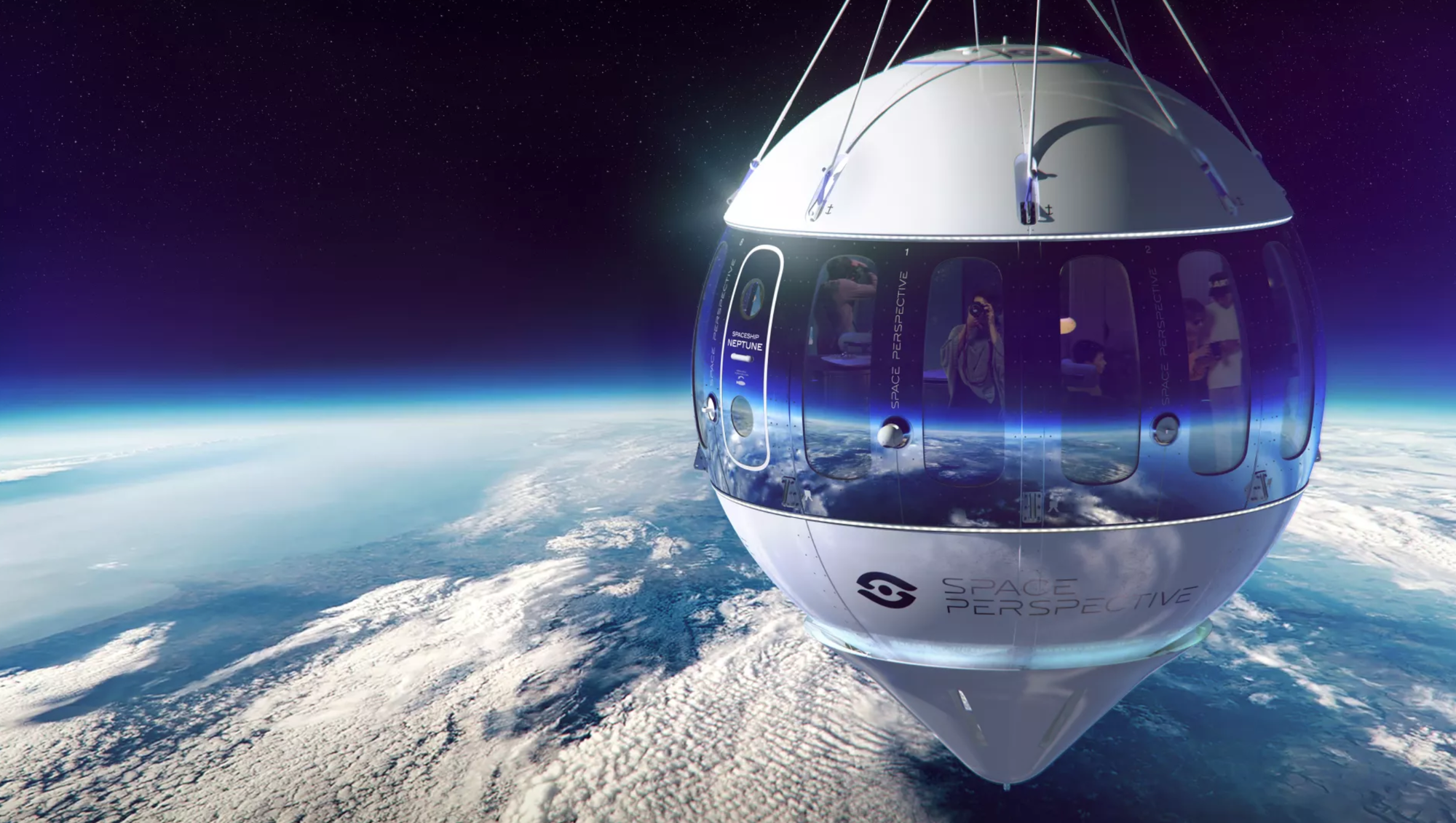 Now, a new kind of space tourism vehicle is on the horizon. Last month, the Florida-based company unveiled their design for a spherical space capsule meant to ferry passengers to infinity and beyond. 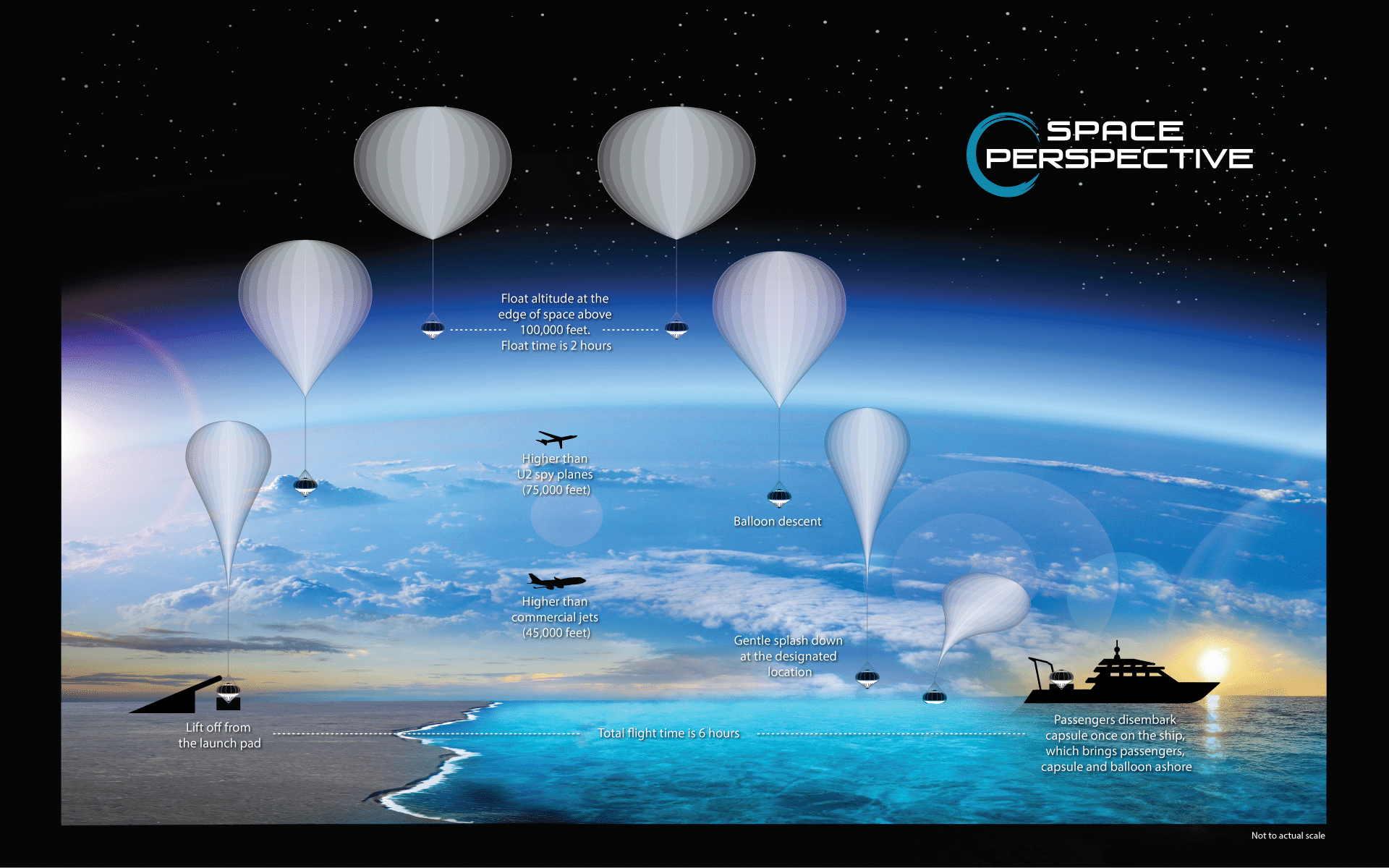 Resembling something like a high-tech hot air balloon, the “Spaceship Neptune” will be the largest craft of its kind to ever fly so high, according to Space Perspective representatives. It will also boast a one-of-a-kind “splash cone” at its base to make ocean landings softer and safer, in addition to a slew of luxe amenities meant to elevate the space travel experience. A stellar room with ample windows, the capsule will allow passengers perfect panoramic views of the cosmos, while its “Space Lounge” equipped with a telescope and interactive screens makes the experience more immersive.

According to the company, the Spaceship Neptune is already under construction at the Space Perspective Shuttle Landing Facility, appropriately located at NASA’s Kennedy Space Center in Florida. Commercial flights are expected to begin as soon as late 2024. And while Space Neptune won’t actually reach space, it will be slightly different from the flights offered by companies like Virgin Galactic and Blue Origin, which only reach orbit briefly. 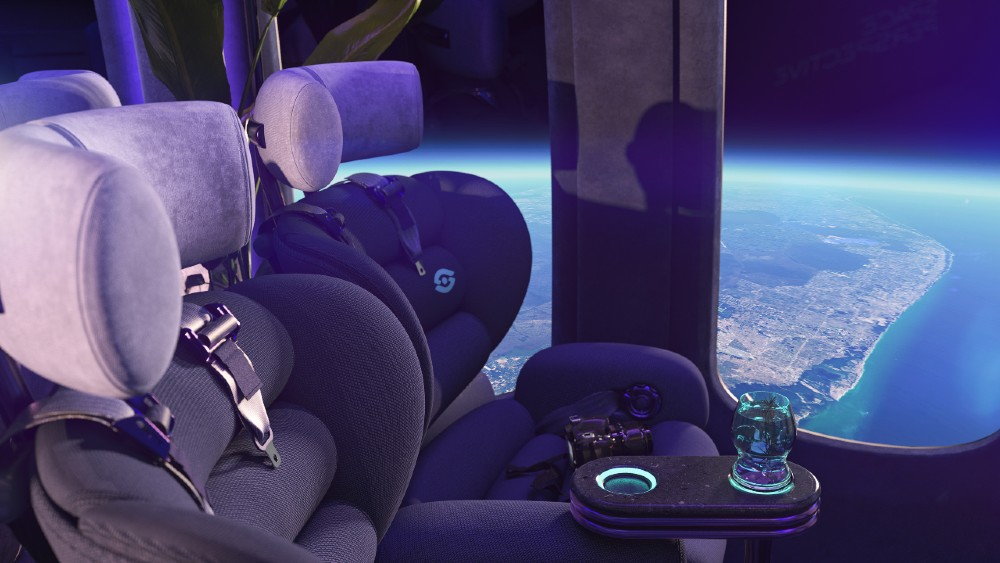 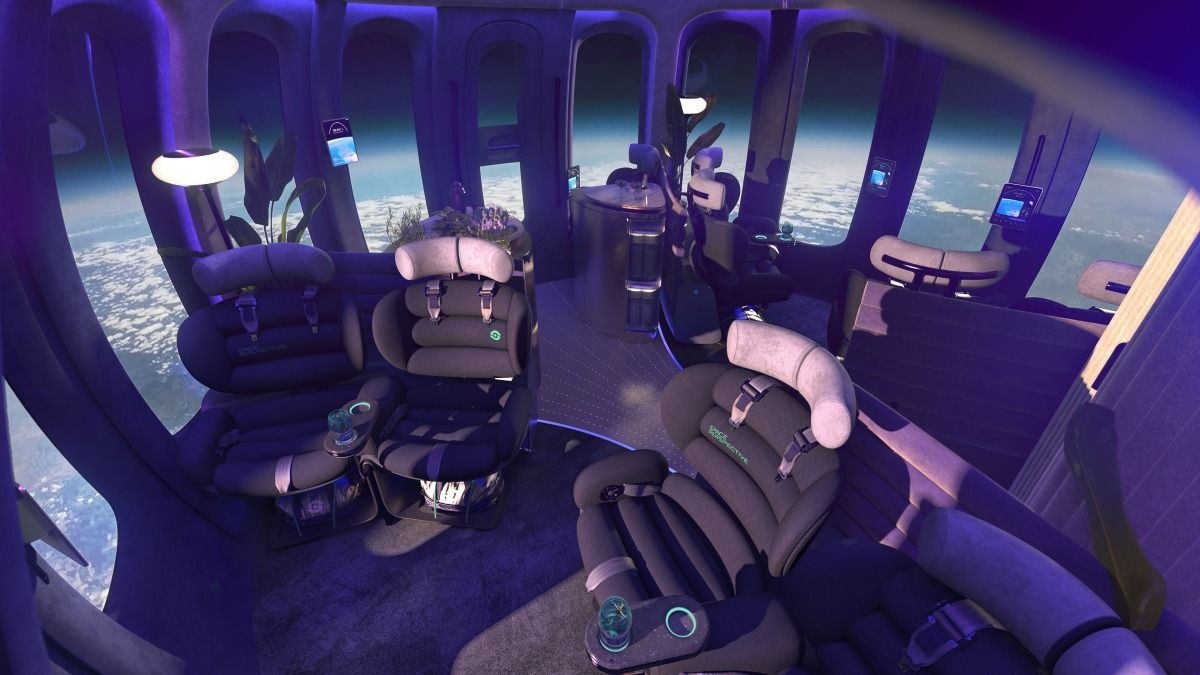 Instead, the Space Neptune’s flights will offer a more leisurely ascent to approximately 100,000 feet, giving guests out-of-this-world views of the atmosphere set against the vastness of space. From initial liftoff to splashdown, the passengers (which can include up to eight people, plus a pilot) will be treated to a relaxing and gentle ride over a total flight time of six hours. Additionally, passengers will not experience zero-gravity weightlessness during the trip, as they aren’t technically reaching space. This makes for a more comfortable and easy experience for all, and a chance to enjoy the thrill of space travel without the rigorous astronaut training. 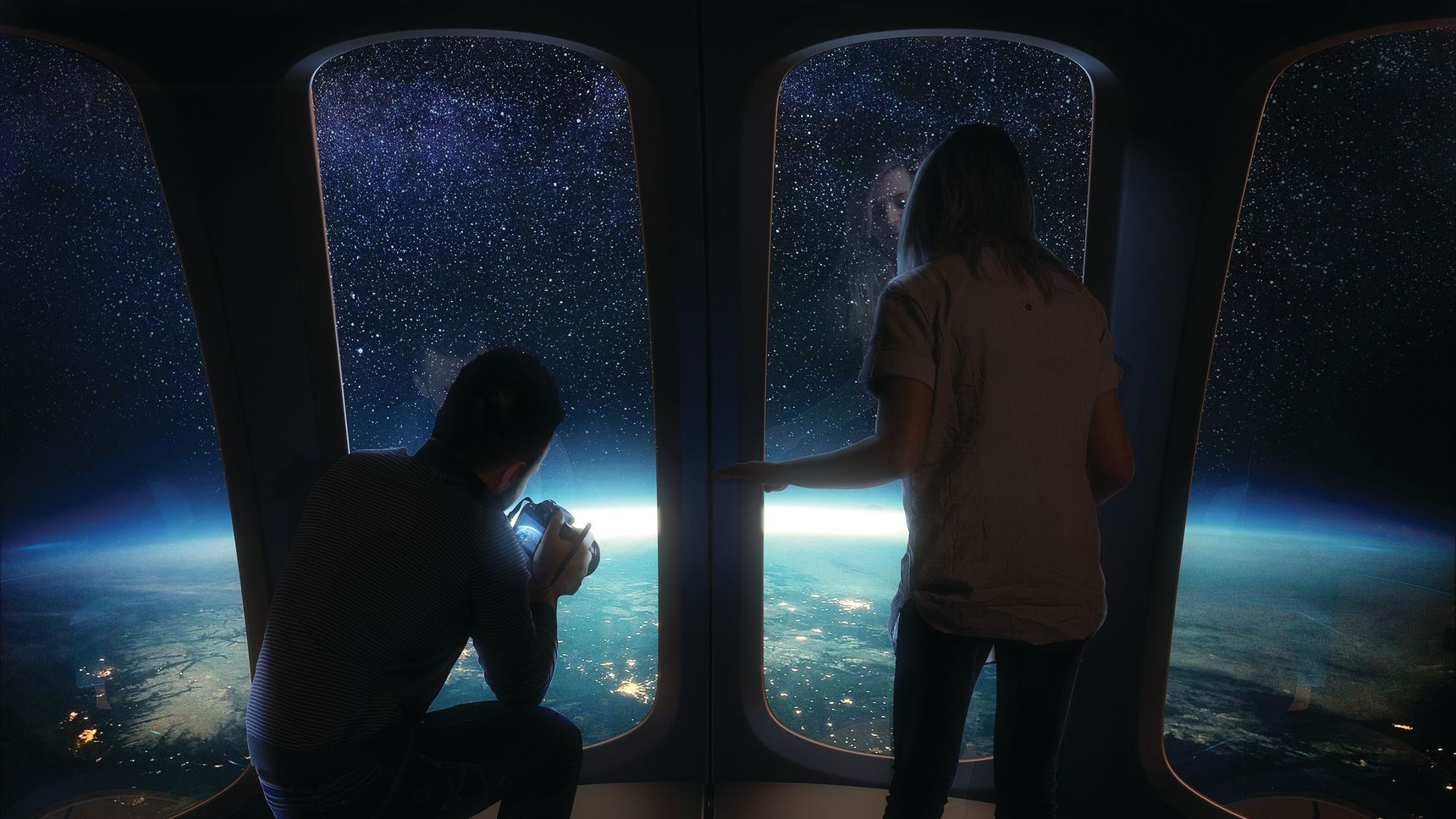 Still, it doesn’t seem like Space Neptune’s flights will differ too much from its competitors in the way of exclusivity. After all, all space flights are expensive, and the ticket prices will likely remain firmly out of reach for people without deep pockets. However, they are significantly less than Virgin Galactic’s $450,000-per-seat price tag, currently selling for about $125,000 each. According to Space Perspective reps, almost 900 people have already purchased tickets for the trip in the balloon pod. 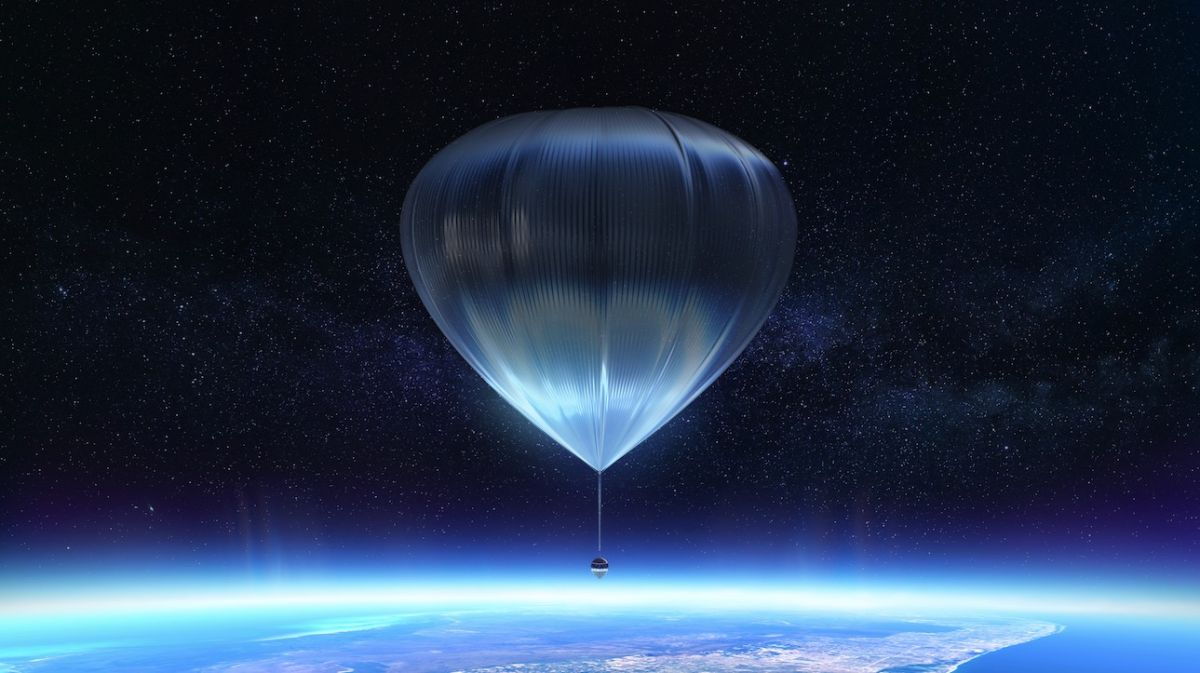 As more and more companies venture into space travel, more affordable space flights may soon be on the horizon, and not just for celebrity A-listers. The Arizona-based company World View is already planning a similar experience to Space Perspective for a significantly lower price tag, approximately $50,000 per seat. And while 50k is still out of reach for most of us here on the ground, with new developments in space tourism, it’s easier than ever before to envision a future when we can finally touch the sky.