Your INDE.Awards winners are here 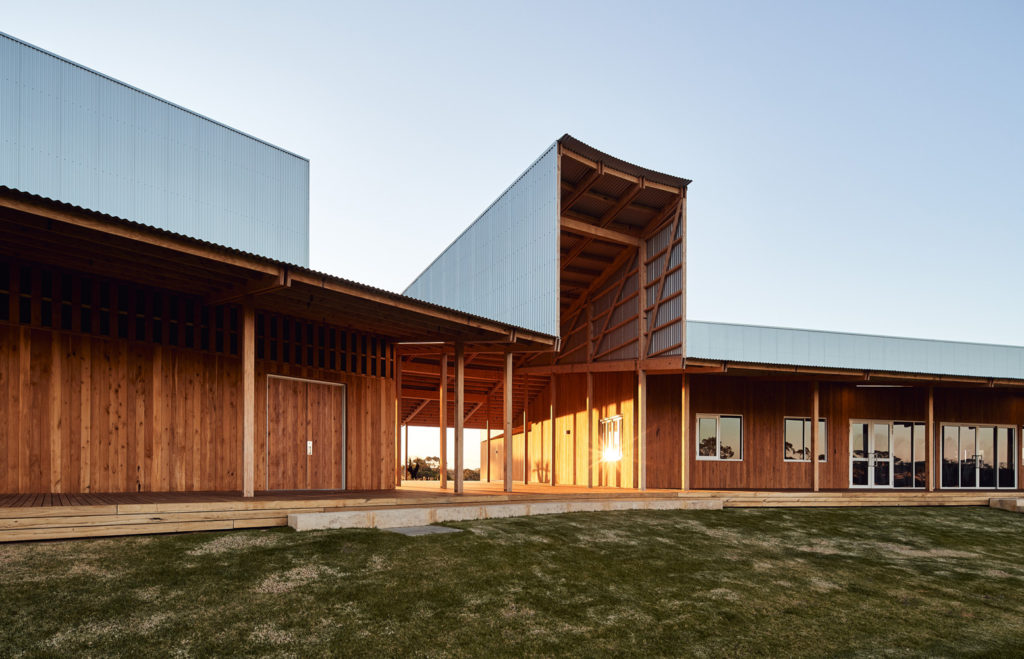 The auditorium was full, the vibe electric and the truly outstanding last night at the INDE.Awards Gala. Architects, designers, academics and supporters from across the region gathered at the Sofitel in Melbourne to celebrate the winners of INDE.Awards’ 15 categories.

This year the live 2022 INDE.Awards showcased exceptional innovation and creativity with sustainability initiatives integral to all winning designs. World class in calibre, the entries this year were original, detailed and always sensitive to culture and place. With a record number of entries received from 15 countries, the bar was set high and the results exceeded all expectations.

We thank our esteemed , the largest and most diverse in the history of the INDE.Awards, for their expertise in judging the entries. And to INDE.Awards’ valued  who make the awards possible: thank you for your support.

As the night of nights, the 2022 INDE.Awards Gala was indeed a reminder that the Indo-Pacific region is a design force to be reckoned with, and an exciting and vibrant community of talent that takes the lead on the global stage.

There will be many a sore head being nursed and a Dinosaur Designs-crafted trophy being lovingly admired this morning.

Best of the Best Pingelly is a small town in the ‘Wheatbelt’ of Western Australia [WA] established in 1860, with a current population of around 1200. Sport has always played a pivotal social and cultural role in both the Wadjela (white) and the Aboriginal communities. The community is made up of 12.4 per cent First Nations people and the town is the proud home of the “Pingelly Tigers”, the first all Aboriginal Australian Rules Football team which was formed in the 1960s when Aboriginal people were prohibited from playing alongside Wadjela, or the white settlers.

The facility consists of four pavilions linked by a long verandah.  The verandah faces east and provides an activity zone, shelter from the winds and the sun and acts as a viewing platform to watch field sports on the oval or lawn bowls to the north. External verandah spaces are utilised extensively to provide flexible spaces for year-round activities. All zones are fully accessible for wheelchair and assisted users.

The verandah space is articulated to form a large “breezeway” welcome area between the two larger pavilions; and at the southern end forms covered outdoor activity areas for social gatherings, barbecues and a children’s playground. A celebration of Ballarat’s rich history in form and 100 per cent fossil fuel-free, Nightingale Ballarat includes one, two, and three-bedroom apartments and shared rooftop garden and laundry designed with an overarching priority towards social, economic and environmental sustainability.

The form of Nightingale Ballarat is an elegant response to Ballarat’s 1800’s boom-era architecture and the rhythm of its more austere brick neighbour to the north. An arched façade, created from locally sourced recycled red brick forms part of the active street frontage that gives back to the broader community created by the downstairs cafe, deep root planting, and lush open courtyard. The building exceeds 8 star NatHERS rating and each home is cross-ventilated with access to open-air walkways and operable windows. Importantly, 20 per cent of apartments are allocated to Housing Choices Australia to provide safe, secure housing to those most in need. Situated on a clifftop, Bermagui Beach House is a sensitive reimagining of a treasured retreat. An existing weatherboard shack was relocated to make way for the new home that draws on the clients’ connection to place and refines the informal character of the classic Australian beach house.

Influenced by the project’s coastal surroundings, thoughtful spatial planning, strategic orientation and materiality supports the family’s traditions and idyllic beachside lifestyle. The house comprises three solid volumes wrapped in a timber skin, with openings on each facade. By positioning the home close to its rear boundary, an immediate dialogue was established with the garden, and a distant connection to the ocean. This intentional placement and layered landscaping creates peripheral outdoor spaces, to provide sun and shelter among the pavilions. Under 200 square metres, Corner House manages to generate a variety of experiences and relationships within a small number of spaces, while maintaining the integrity of a singular, “elemental” architectural gesture.

Each corner volume is connected via slender circulation spaces that act as galleries for the residents’ art collection and facilitate a gradual ascent from the tall, airy entry and studio space (4.1m ceiling height) to a more intimately scaled master bedroom, kitchen, dining and finally, cosy lounge room (2.1m ceiling height). The change in floor level allows for a guest bedroom and ensuite to sit underneath the lounge. This guest area is accessed externally from the courtyard, allowing privacy and autonomy over movements in and out of the home. Google Aotearoa’s new home wears a narrative woven around place, featuring stories of land, people, and culture – each bringing the richness of Aotearoa, New Zealand to its users. The workplace considers its users and visitors through an experiential lens, inviting each person on a journey from the peaks of mighty mountains to the shores of our rugged coastlines. Through personification workshops with Te Aroha Grace from Ngāti Whātua Orākei, the design team arrived at the central idea of Te Tai (the tide) as the metaphorical embodiment of Google in Māori. The tide gives and receives, representing the relationship with Google and Ngāti Whātua Orākei which goes beyond the project itself and builds on a future partnership Wood Pavilion #1 is an experimental structure located near the river in the tourist area of Jiangxin Island in Zhenjiang, Jiangsu province. For this In this project, LIN Architecture looked beyond the functional elements of architecture and looked for keywords that can define spatial elements in the environment to lead their design process. After analysing the site, the design focuses on three key words: ergonomic, proxemics and behaviorology. Set in an iconic street with a heritage shopfront, the store is a compact 27sq.m footprint that also incorporates a piercing studio behind the retail space. Ultimately, the breif and the scale of the space led George Livissianis towards two design ideas: movable storage & bank vaults; one for the mobility, space efficiency and mechanics, the other for the feeling of preciousness that’s resonates with a vault and the materiality of stainless steel lock boxes within them.

From there, the team explored the idea of a mobile compactus pod. They are precise, highly engineered and meticulously fabricated units: the mechanics of the compactus and the precision of the vault lockboxes. They chose mirror polished stainless steel for its reflectivity, sharpness and sense of luxe. This was elevated by the removal of any part of the existing building lining that wasn’t original (all ceilings, all renders, paints, floor coverings), leaving a bare carcass that was the antithesis of the highly polished, precise technical display cases. The design strategy evokes a sense of the theatrical activities inside. The external expression is influenced by minimalist forms in contemporary music notation and the cladding suggests an open theatrical curtain. The exterior sparkle takes its cue from the opalescence of abalone shells, traditionally used to carry fire, acknowledging the significance of fire in cultural exchange and the role it continues to play as the original natural “theatre” for storytelling. Image by John Gollings AM.

The design brief called for a state-of-the-art rural healthcare facility, consisting of patient-arrival areas, treatment bays, pathology room, consult rooms, interview rooms, utility rooms, nurse and office spaces with shared networks to the existing local hospital. Retaining and attracting excellent staff (particularly doctors) was a key concern. There was a strong desire to attract the community to use the facility regularly to increase better health outcomes in the town and surrounding areas. The studio has worked across a wide variety of installation media and on many different interior and exterior sites, including large-scale public infrastructure, interpretive precincts, parklands, national and international institutions, corporate offices, retail outlets, public spaces and also uniforms. A BillionBricks home is the world’s first self-financing home, that combines housing and solar energy into a single investible financial solution. It presents an extraordinary opportunity to shape the future of the world, where everyone can be a homeowner while mitigating climate change. The benefits of this are exponential when these homes combine to form communities. Each home feeds all excess energy and water produced to the community where it might be utilised for communal services. A “Zephyr” – often referred to in sailing where a yacht may catch a gentle, uplifting breeze – is a phenomenon that draws parallels to the graceful lines of the Zephyr Lounger. The nautically-influenced piece features windswept lines of seat and backrest taking on a sail-like pose to create the framework for form-fitting upholstery.

Offering support at all the right touchpoints, the Zephyr Lounger provides elevated, ergonomic comfort in the outdoors and through the slightly accentuated recline and tensioned sling-style canvas, both lower back and upper neck are cradled. Breathable marine-grade canvas and a gap between seat and backrest allow for air movement through the piece. The project proposes the integration of public infrastructure within a commercial tower context, and seeks to increase responsibility and efficiency through proximity but also to celebrate the formal, textural and material beauty of our fundamental resources. As a part of this strategy, water treatment infrastructure is visible and celebrated at the building exterior and public realm and cultural apprehension around treated blackwater is challenged as city-supporting infrastructure is brought to the fore. The program within the tower is expanded beyond the traditional and financially motivated division of commercial workplace, retail and parking, to include residences, skygardens, infrastructure, and wellness spaces. The project addresses the cultural landscape of subak, which encompasses the vast paddy rice terraces, traditional water irrigation system, and its congregation as Bali’s living heritage. Subak is the physical embodiment of Balinese fundamental traditional philosophies of Tri Angga that dictates the tripartite order and creates a hierarchy from the profane to the sacred through its water temple network, and the Tri Hita Karana philosophy, which is embodied in the locals’ rituals and way of life to create harmony and balance within their everyday lives. The project places subak, its system and congregation at its core and implements these two traditional philosophies into the design. Shen, Chen and Tsai view architecture and its significance in an environment in a more natural manner. The trio sees architecture as a structure that coexists with people and nature, and they are keen to reveal the relationship that can be established by architecture among people and between man and nature. They explain that sometimes architecture is hidden in the natural terrain, but it draws the attention of occupants to different directions. However, at other times, the architecture of ZJJZ may stand out as a distinct object because it can offer different stimuli to the environment and the people in it. Our warmest congratulations to the !

Indesign Media and the INDE.Awards thanks all of our partners and sponsors, whose support has enabled us to celebrate the diverse architecture and design industry in our Indo Pacific region.

INDE.Awards will return in 2023, entries open in November.