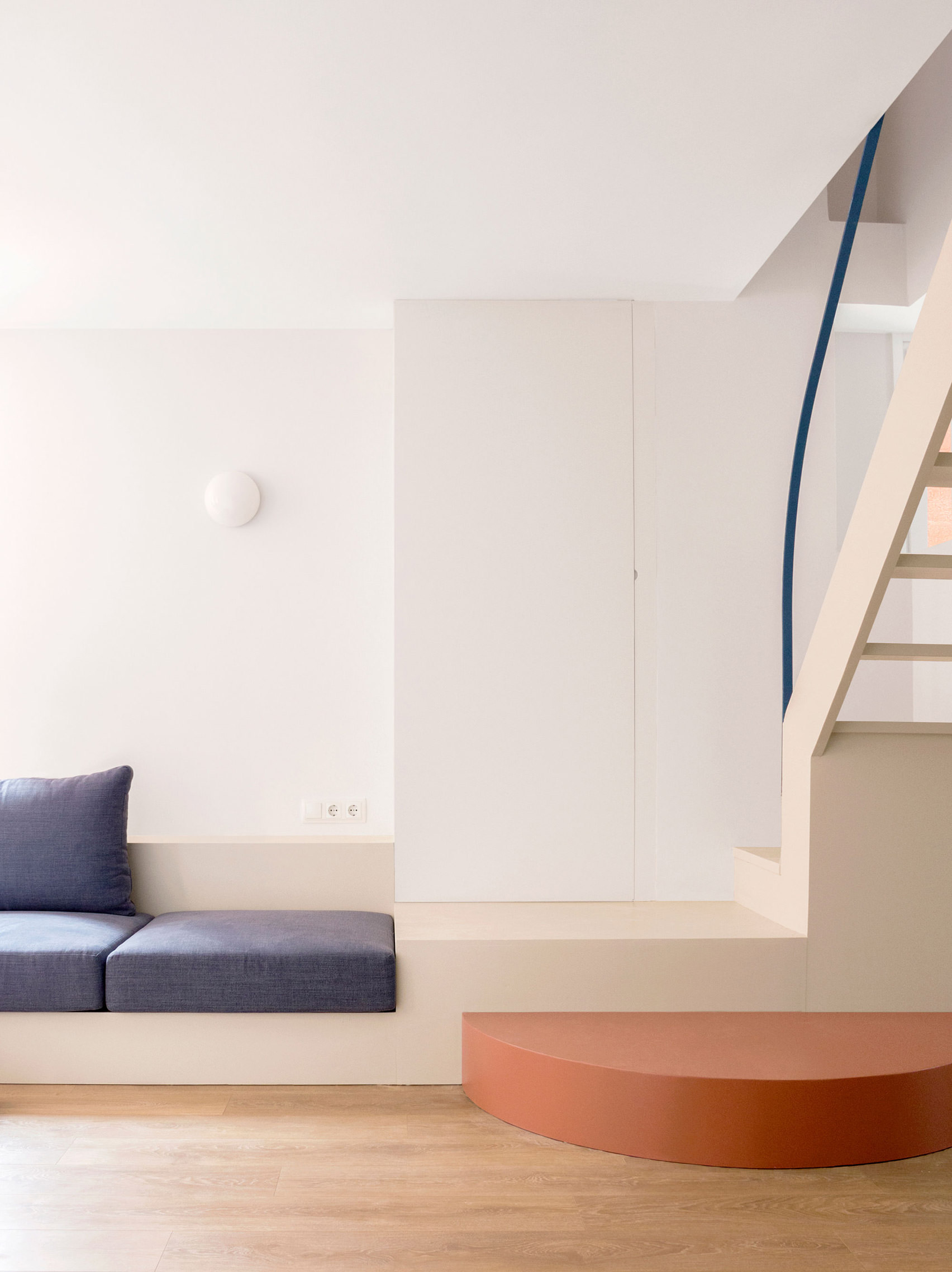 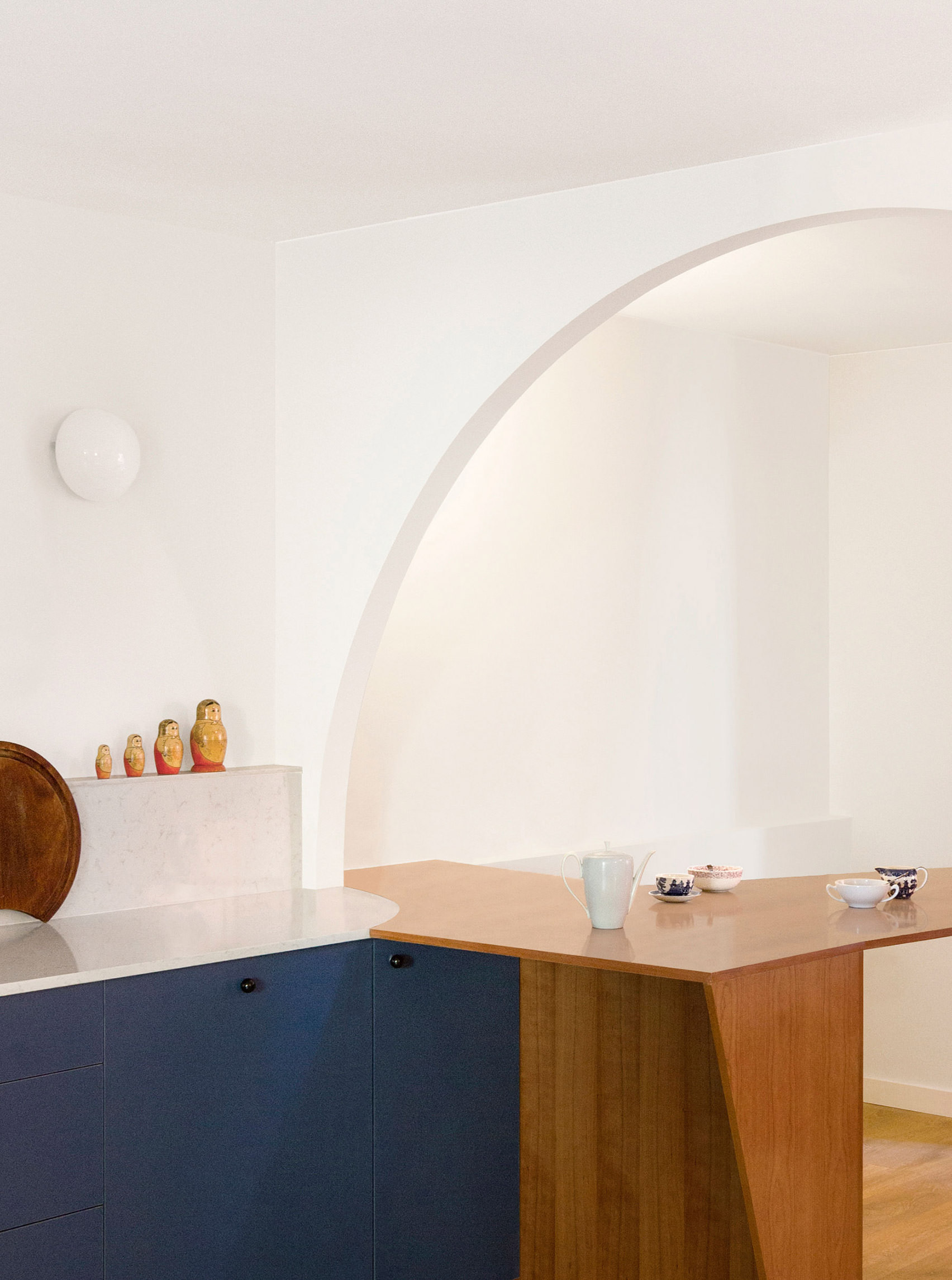 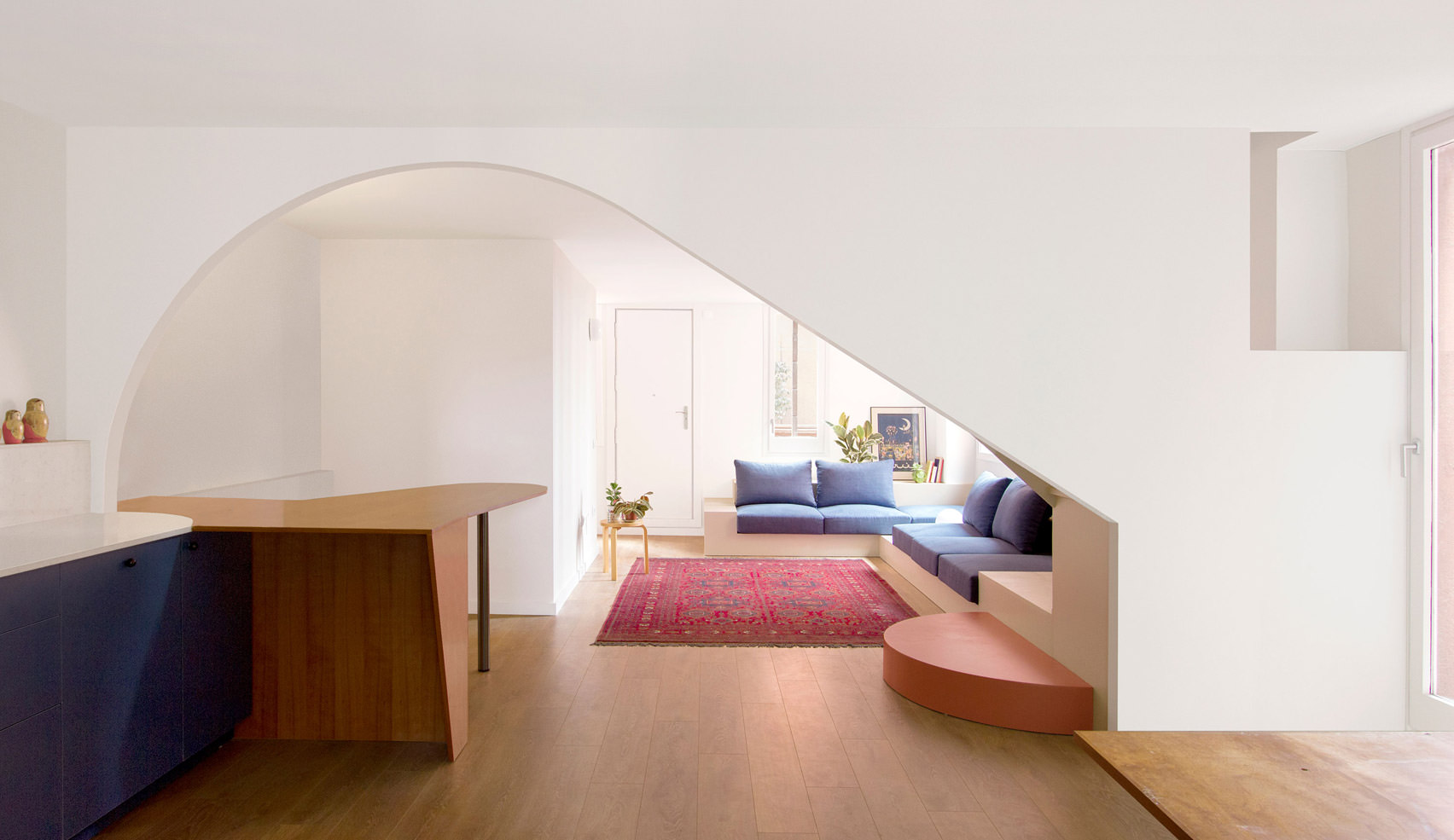 has renovated an apartment within ‘s Walden 7 building in Barcelona, bringing a playful, contemporary tone to the iconic apartment building. Originally constructed in 1975, Bofill’s terracotta-red towers addressed many of the problems of modern city life. Its irregular rhythm provided pockets of public space and gardens to enhance inhabitant’s quality of life without repetitiveness or uniformity. Barcelona-based Bonell+Dòriga describe their excitement when given the opportunity to revamp one of the 446 apartments, referring to the project as a renaissance.

The original building façade features intense blue, violet and yellow shades. One would struggle to not feel impacted by the energy of such vibrant colour as they move through the labyrinth of bridges and balconies that make up the building. However, upon opening the door to Bonell+Dòriga-renovated apartment, a much quieter, simple language begins to unfold. 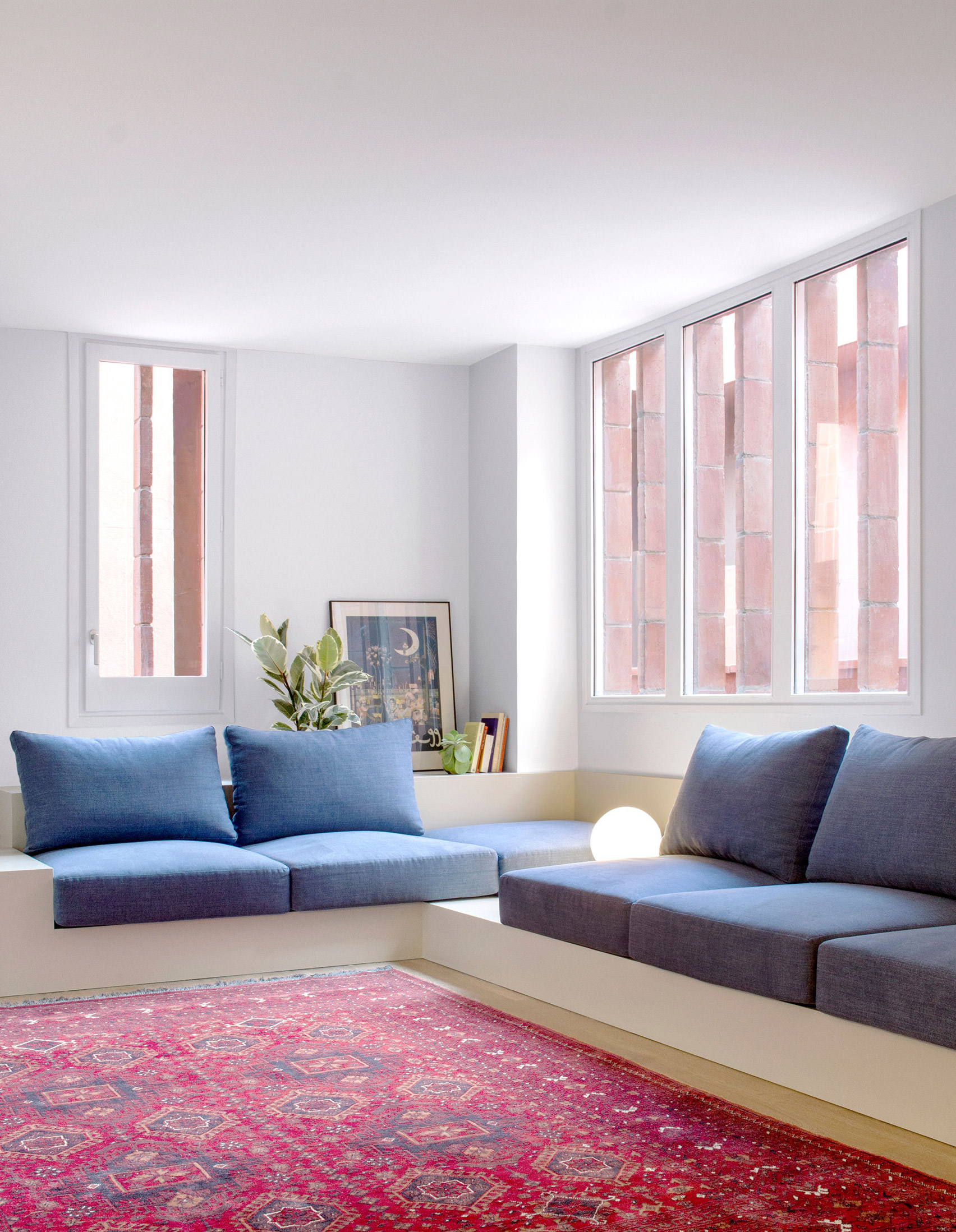 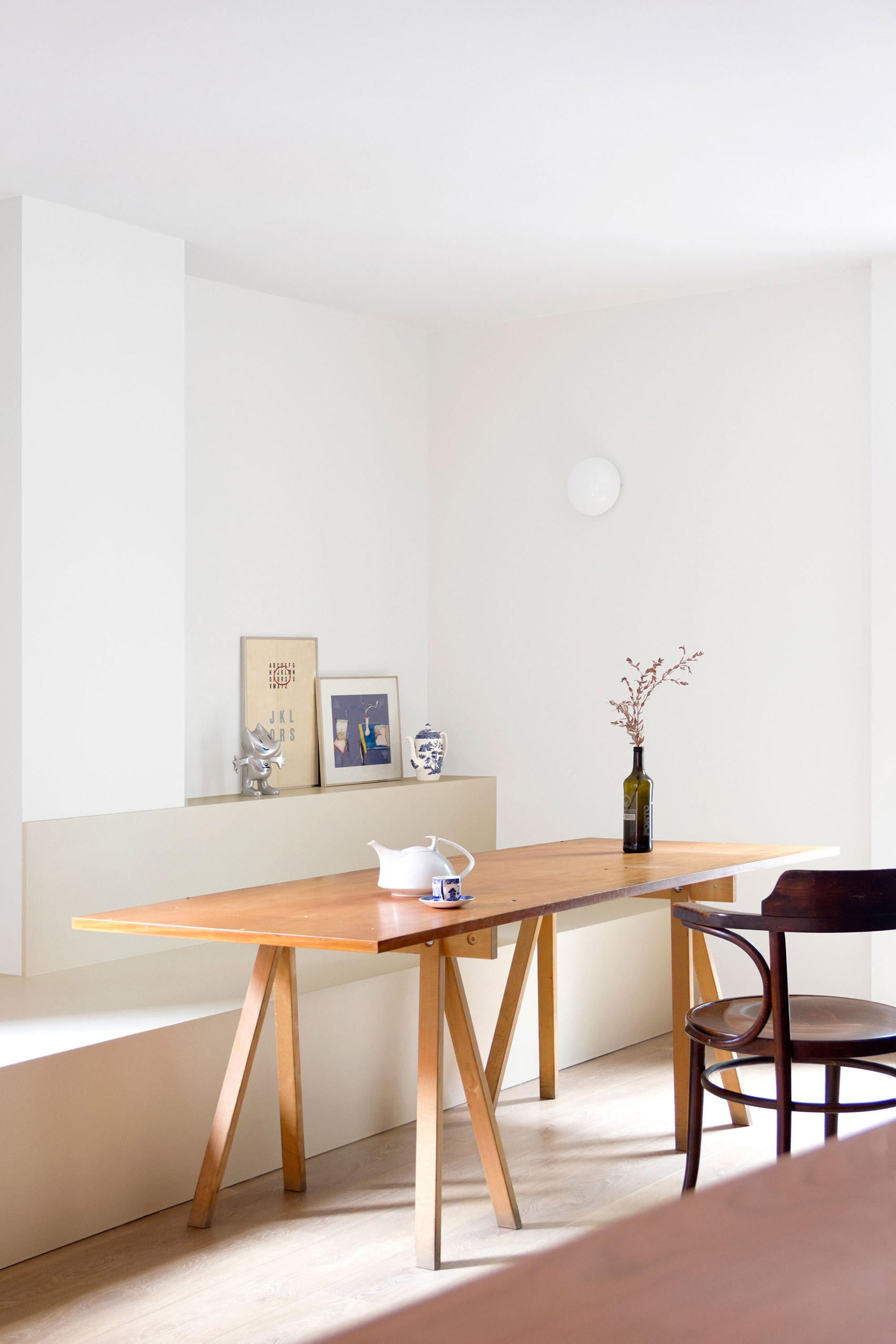 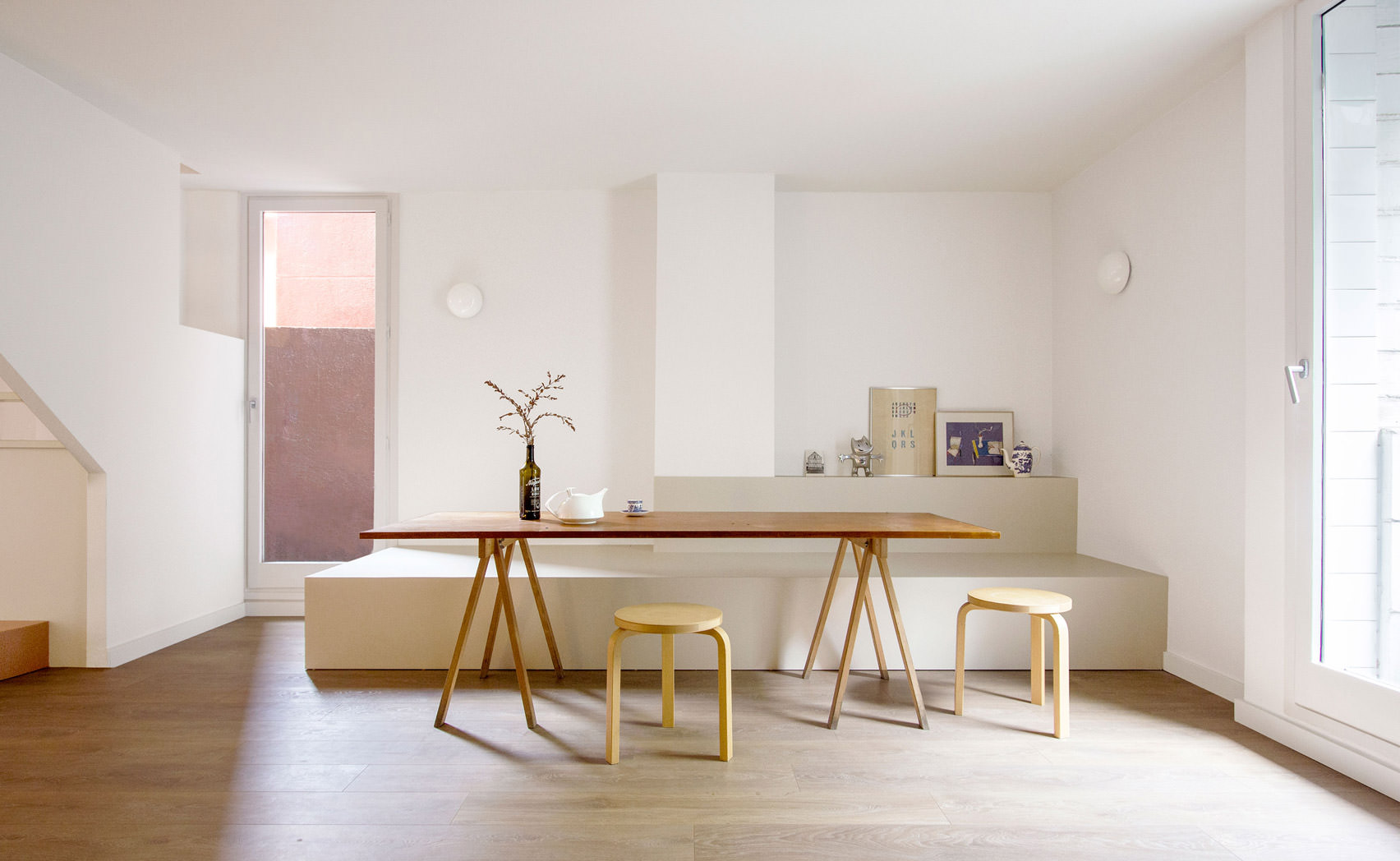 Walls have been brushed with clean white paint, the restrained colour scheme momentarily interrupted with soft blue and burgundy coloured furnishings. Decorative elements are simple but purposefully positioned – sitting not as a collection of furniture but instead as a pastiche of meaningful, personal objects.

Most partitions on the lower level have been removed to form a singular, open plan living space that feels airy and filled with natural light. A huge geometric cut-out acts as a subtle separation between the kitchen and adjacent dining area, creating expansive spaces that maintain a sense of intimacy and privacy.

Bonell+Dòriga chose to continually weave the building’s original architectural language throughout their reinterpretation of the interior. “It was essential that our intervention established a connection with the rich fabric of Bofill’s architecture, but without trying to mimic it,” the studio explains. 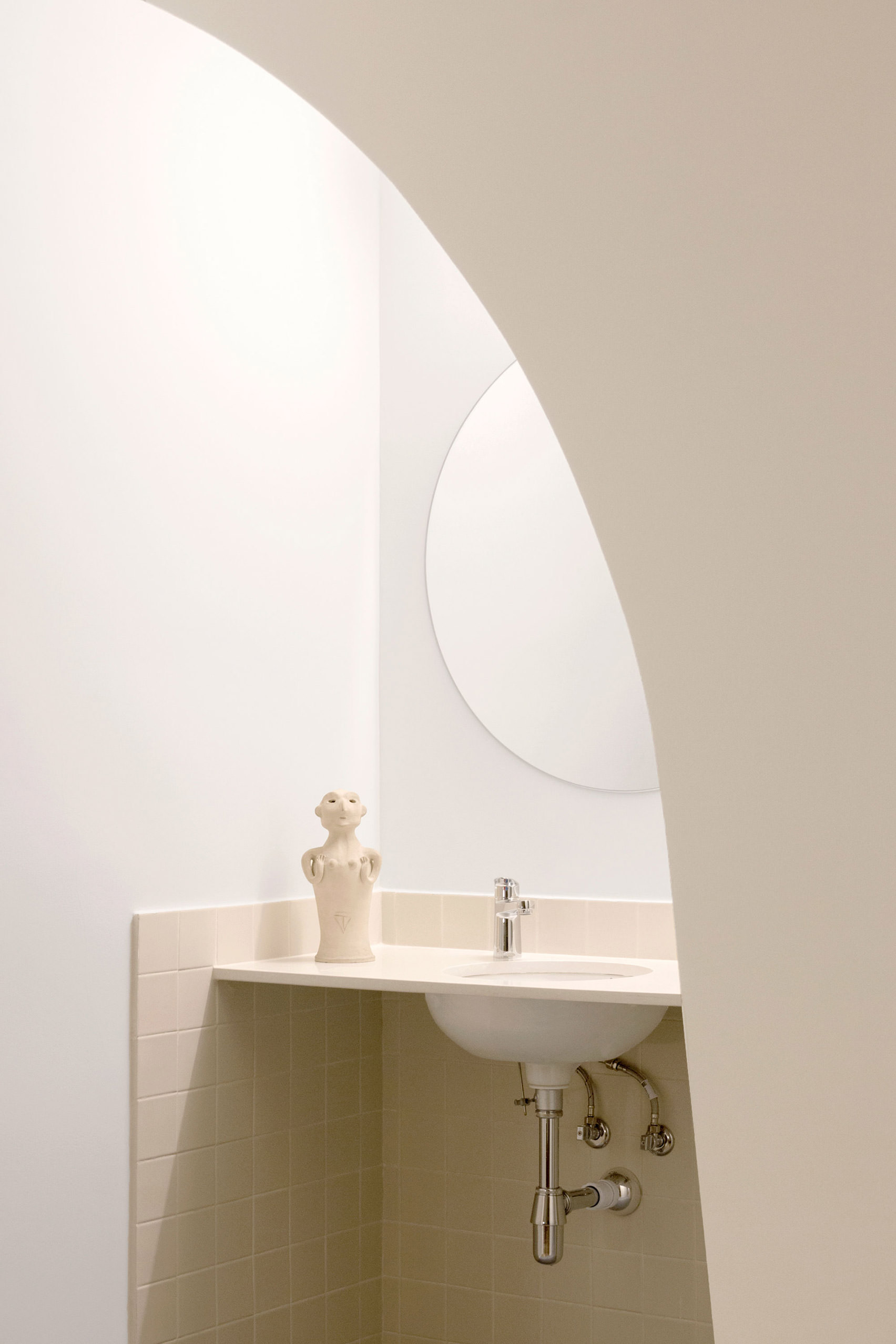 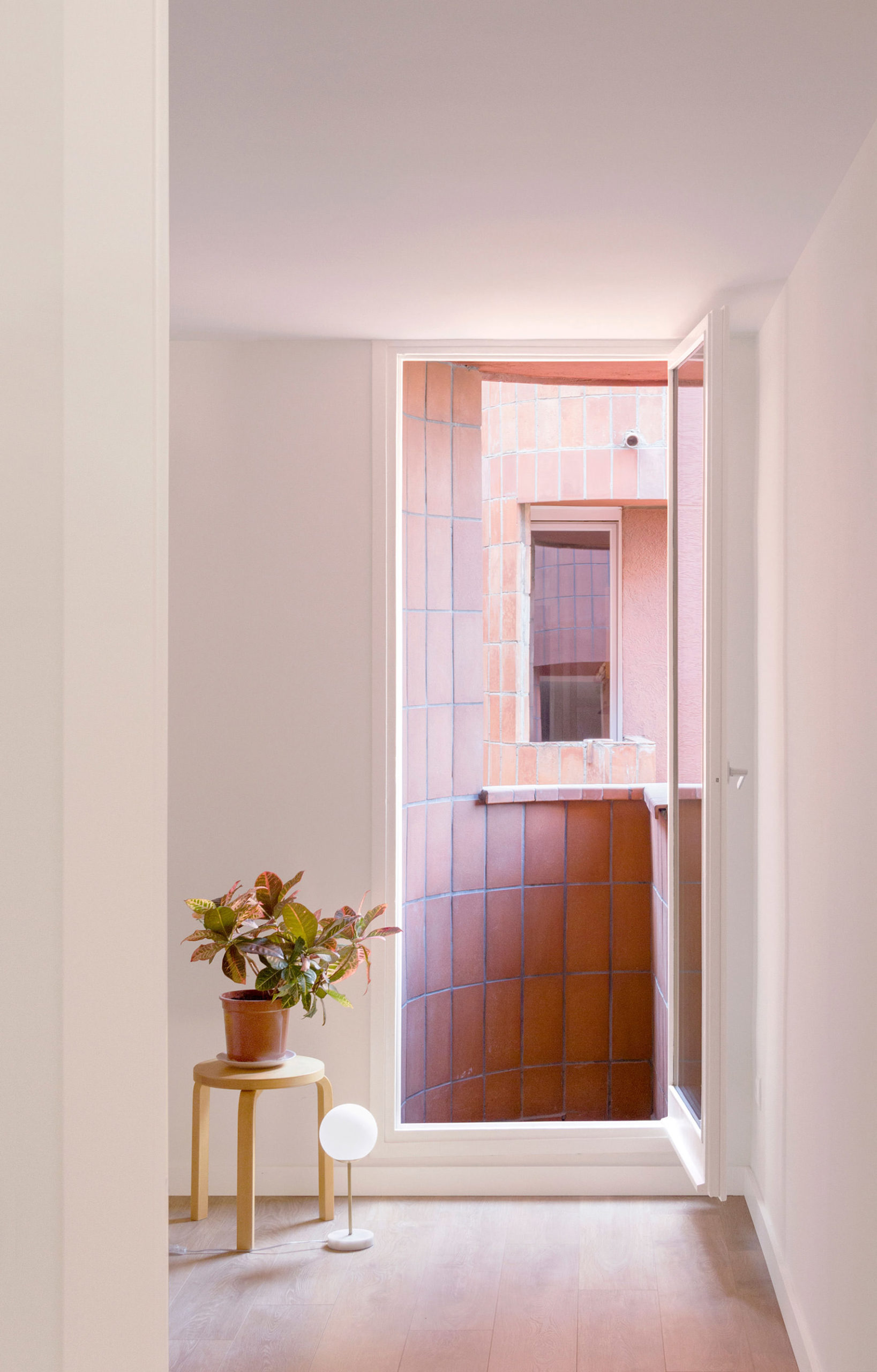 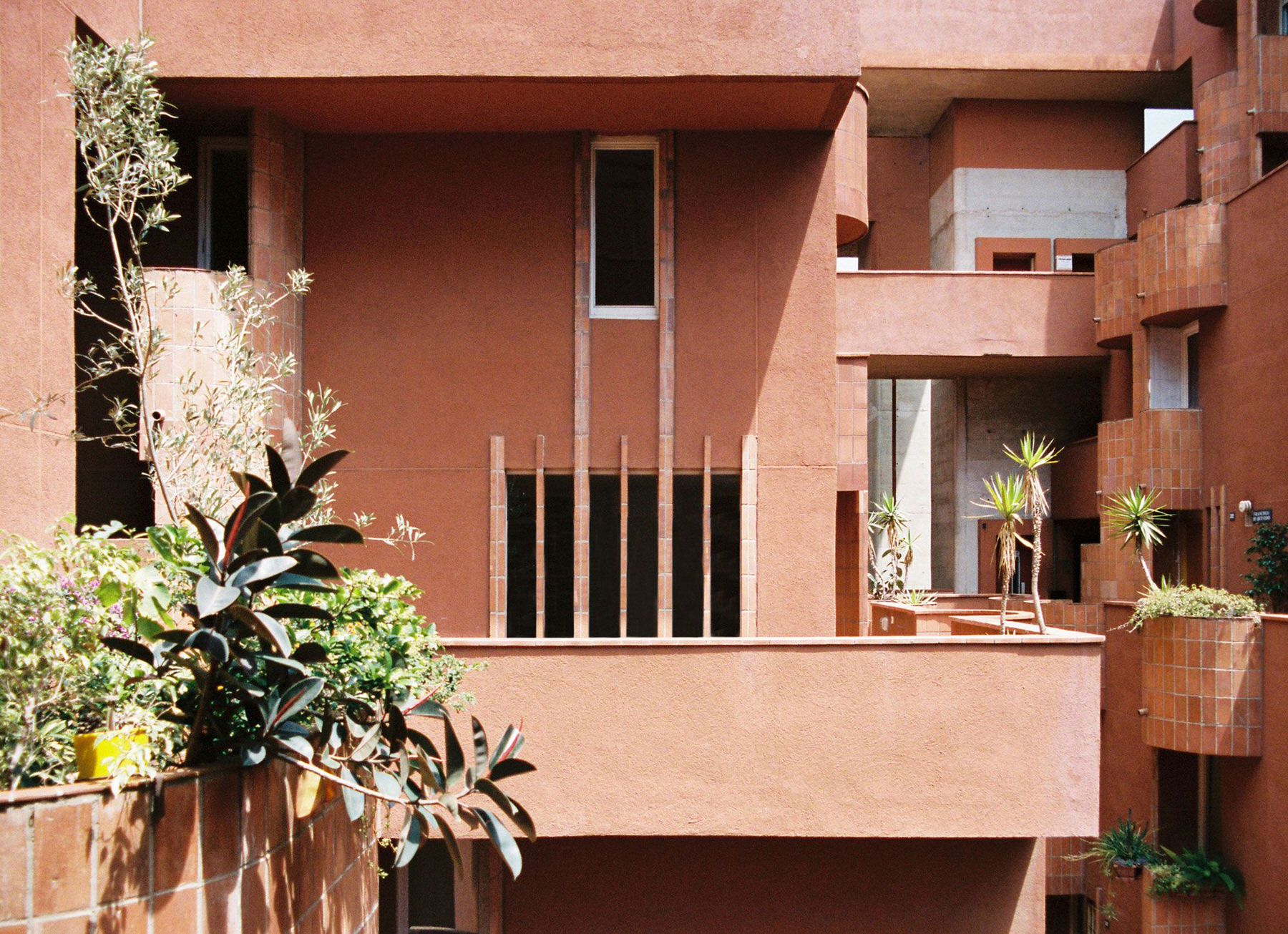 A large semi-circular block forms the first step leading occupants up to the second floor. Its softly curving shape and deep red colour speaks to the curved balconies that emerge from the building’s façade, celebrating the existing in a contemporary way. Beige tiles sit in a step-like formation in the bathroom, emulating the building’s stepped exterior form.

This simple renovation by Bonell+Dòriga stands as a celebration of the past and present. Two architectural languages co-exist to create a home that feels contemporary while emulating the personality of its occupants.