Felix Meritis Building Interior Renovation in Amsterdam by i29. 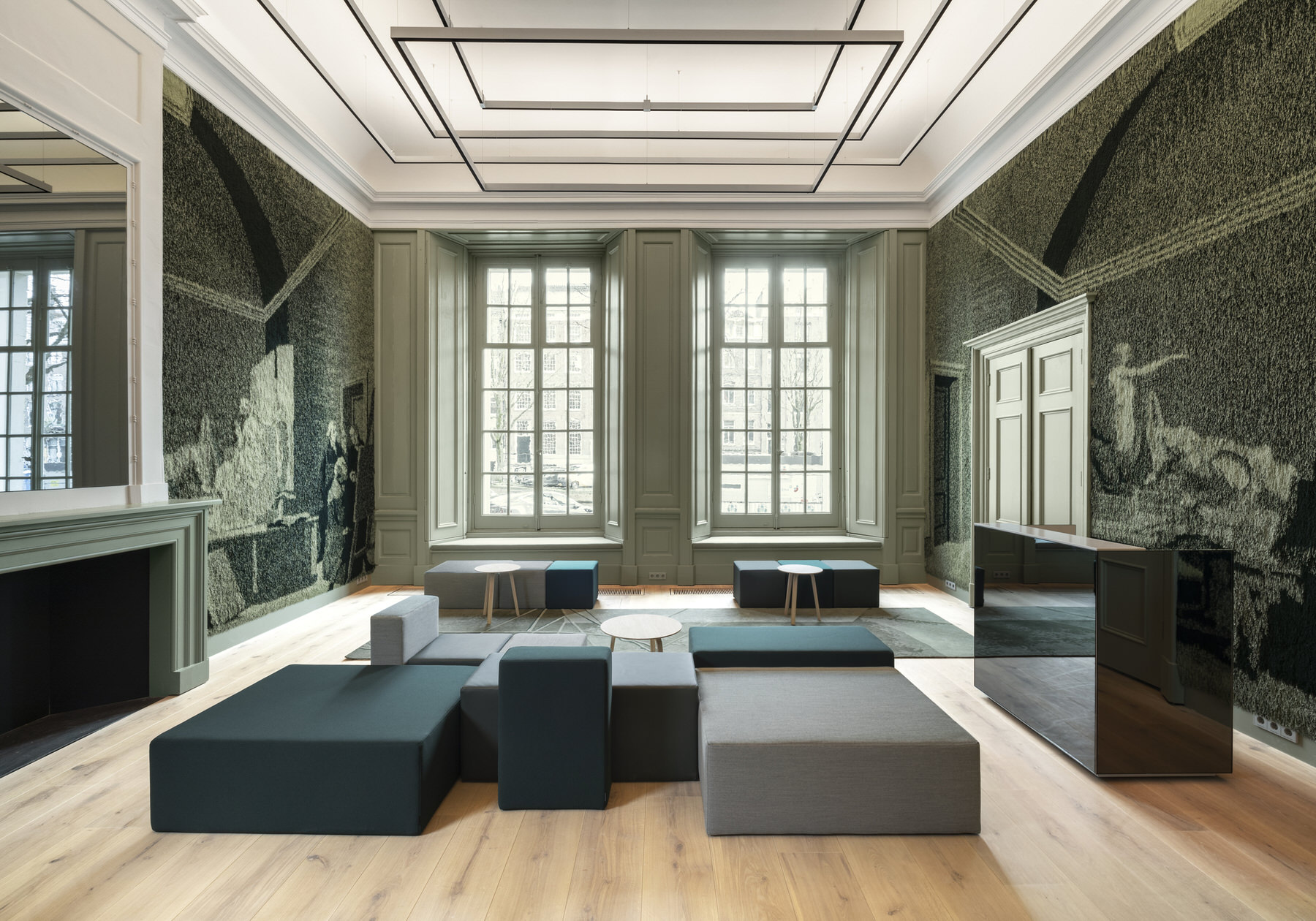 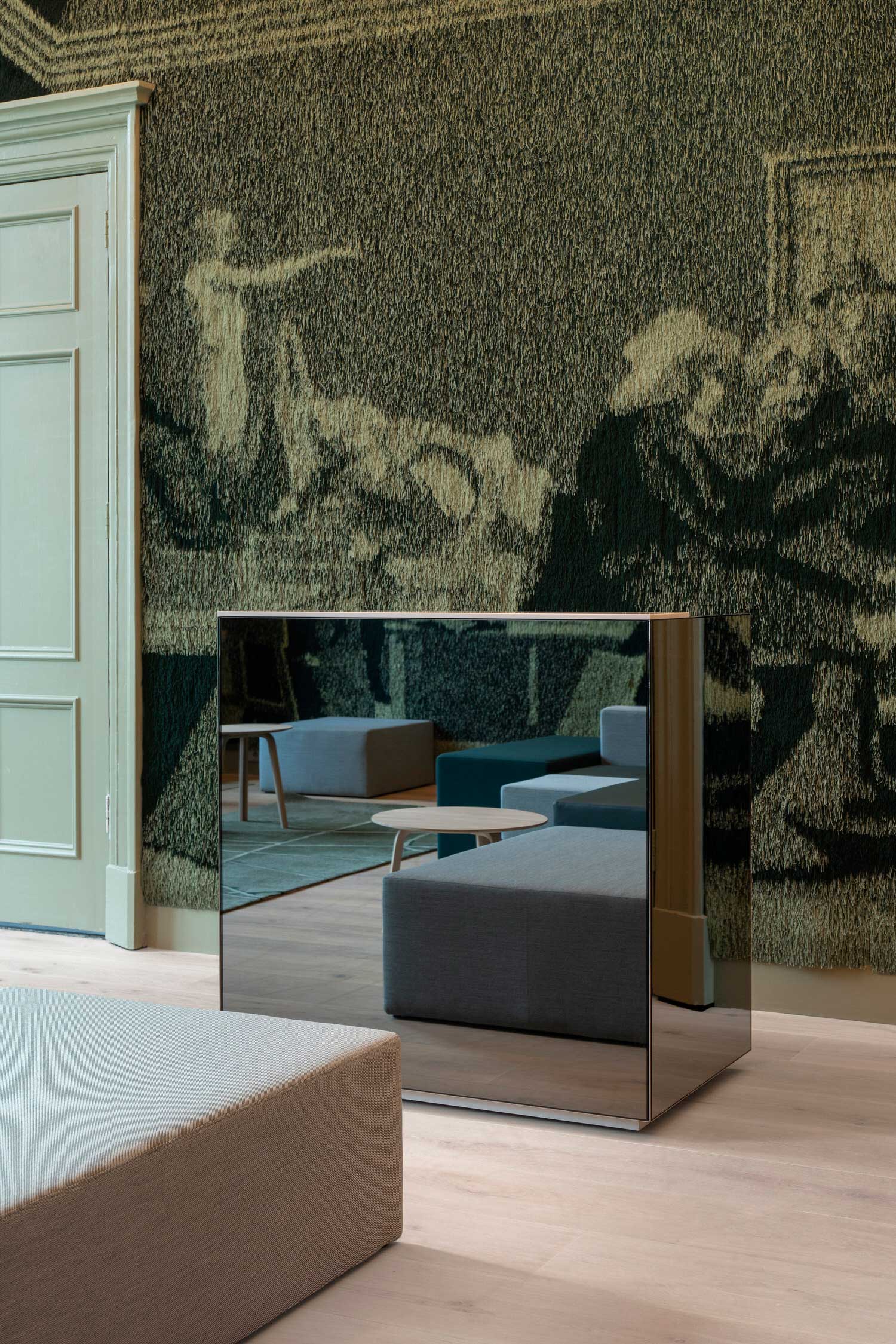 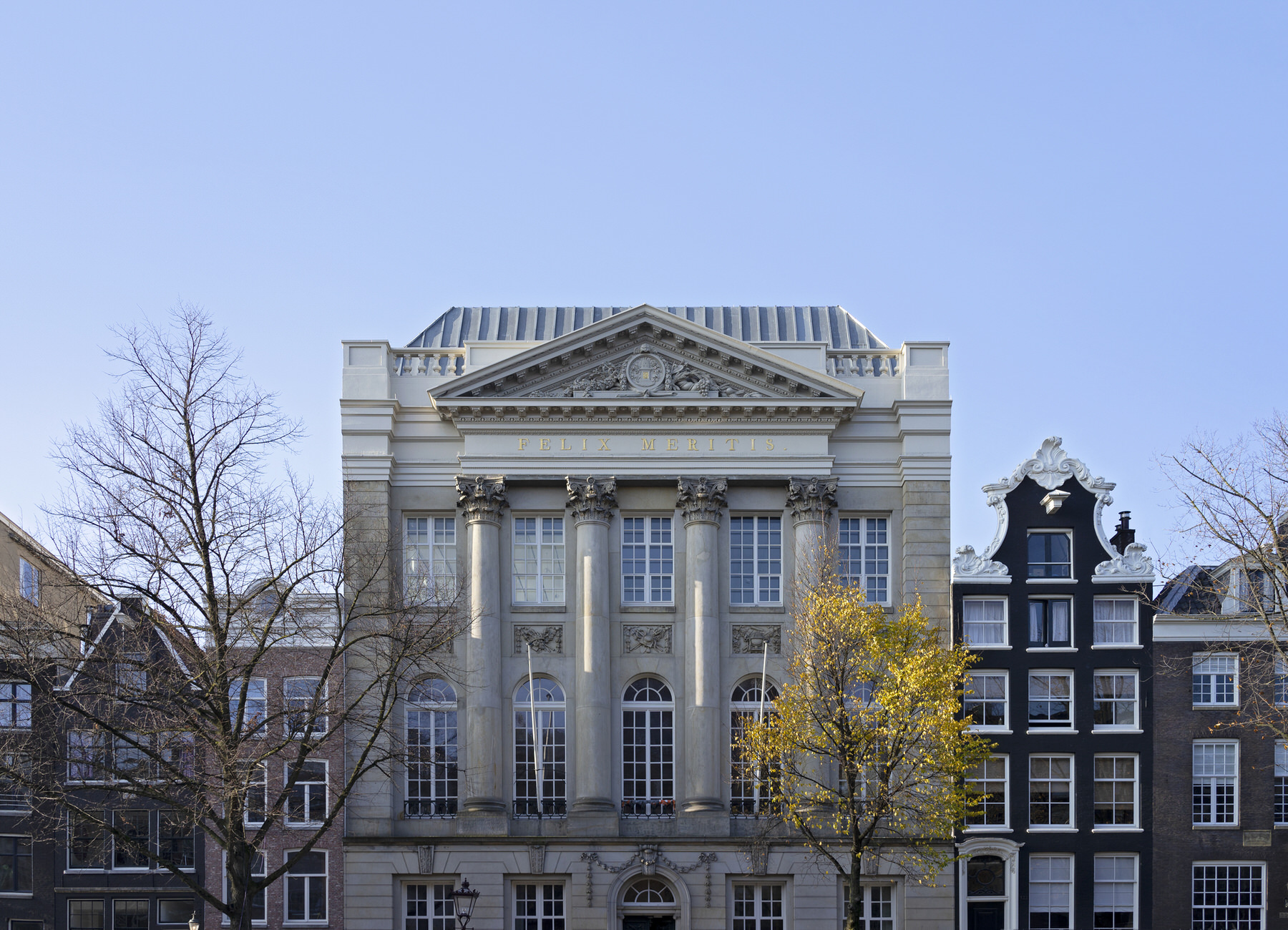 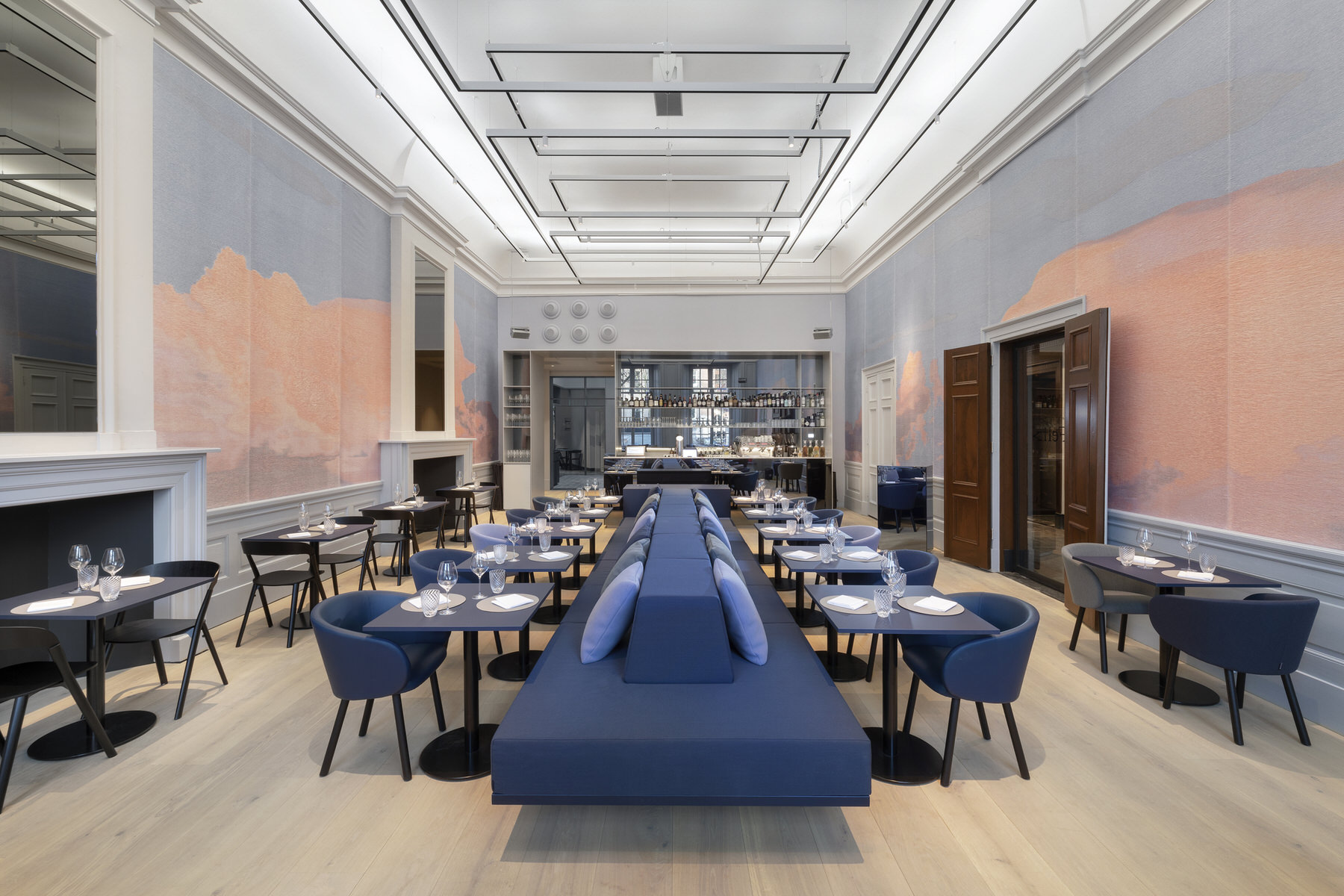 The Felix Meritis building in , built-in 1788, was the home of science, art, entrepreneurship, and critical thinking during The Enlightenment period. The immense amount of history embedded within its walls has been sensitively restored and renovated by under the commission of investment group Amerborgh. The result can only be described as breathtaking – each room striking the perfect balance between history and the contemporary.

The designers explain the original building housed five different disciplines, including music, commerce, literature, physics, and drawing, each existing with its own unique design. In response, the studio endeavoured to “show this diversity and to give all rooms their own identity” so that together they could “form a collection of colourful characters in the house of enlightenment”. 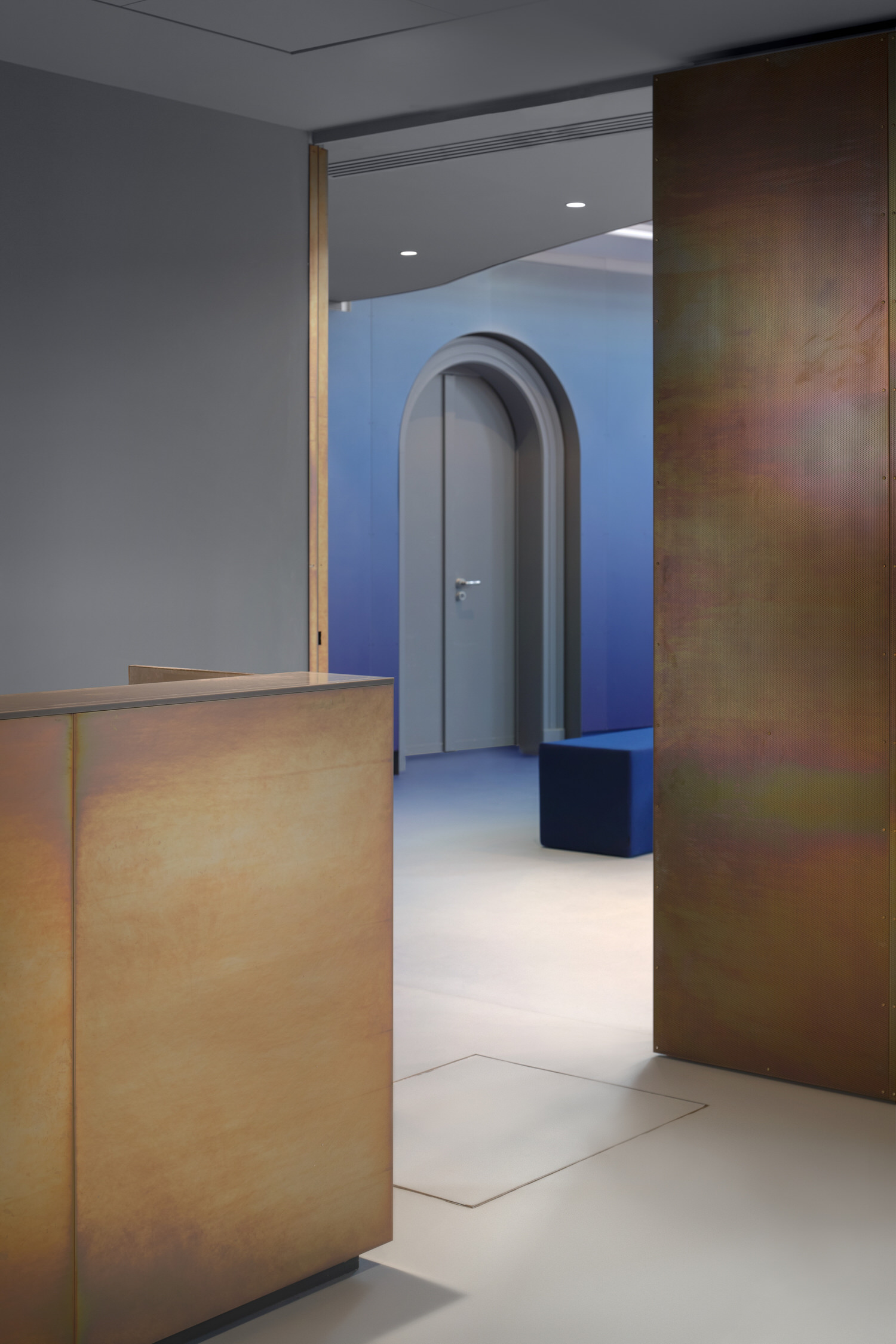 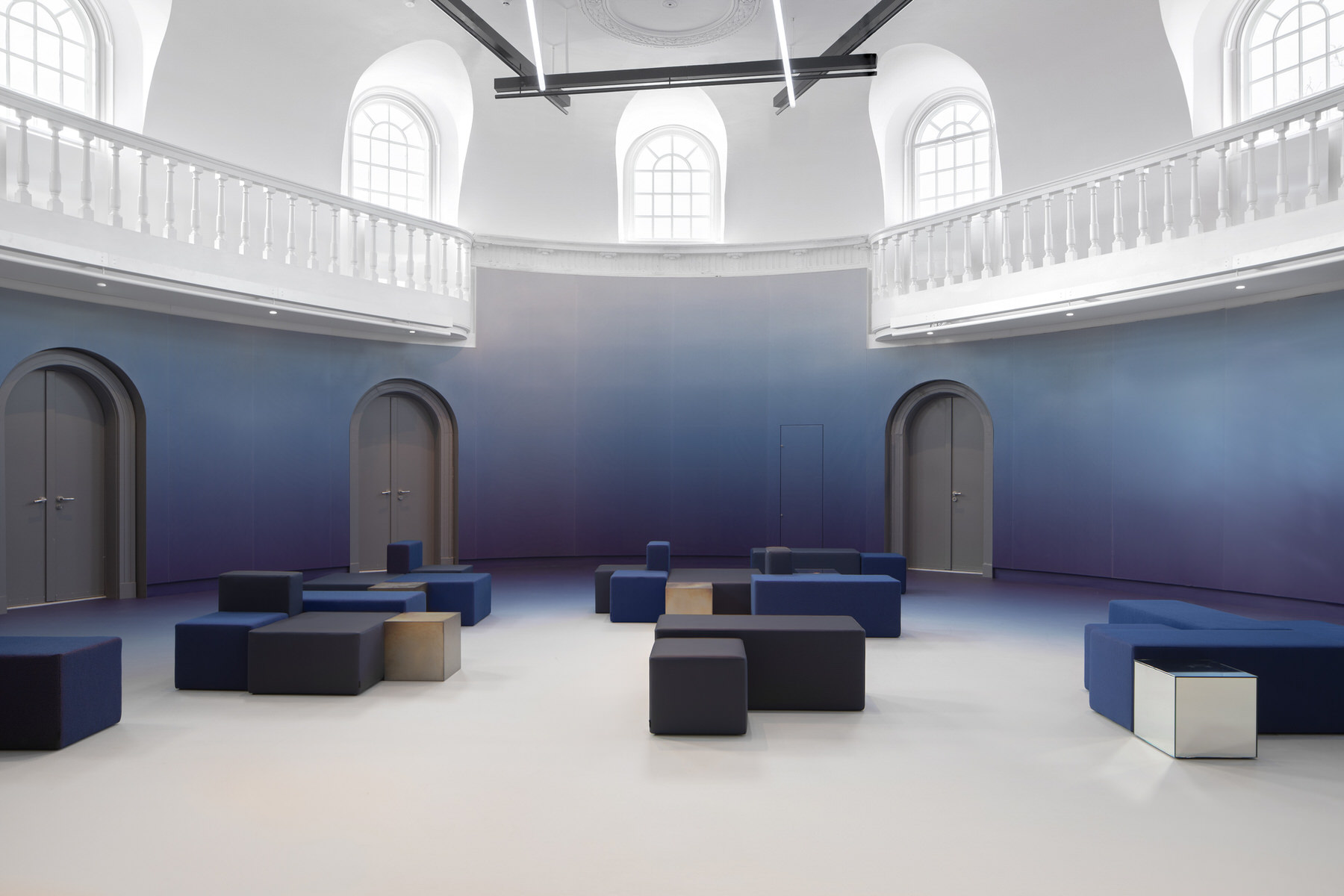 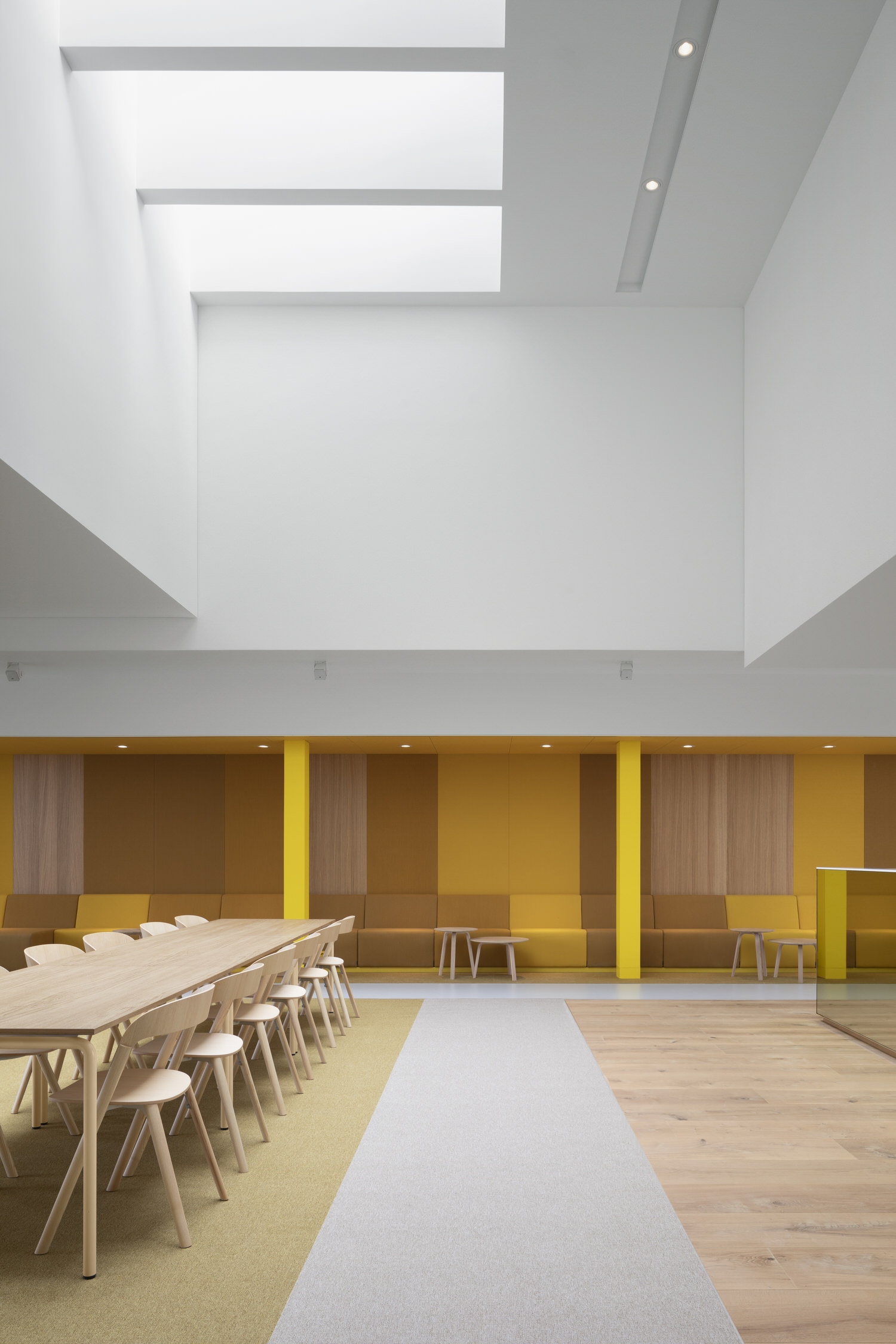 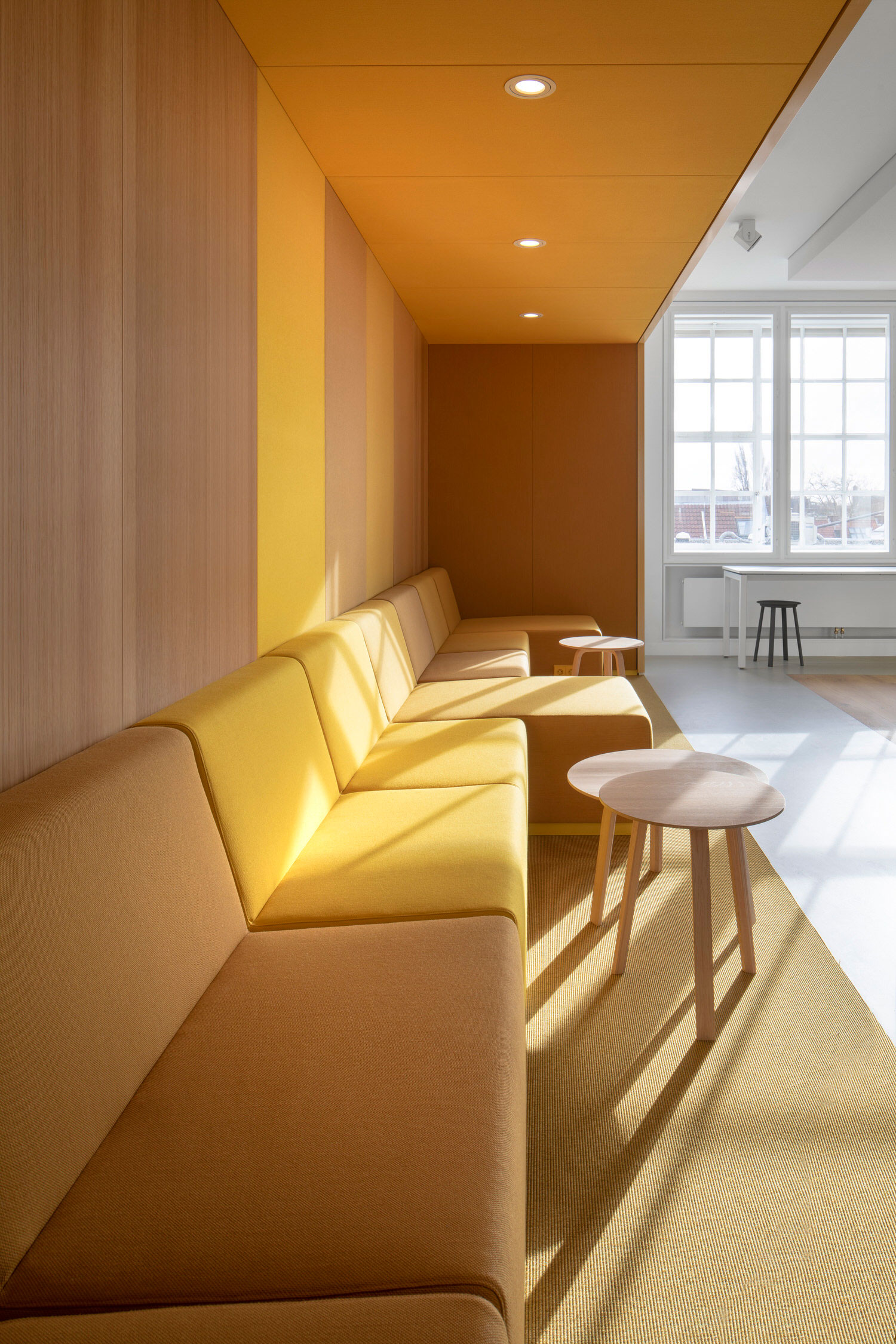 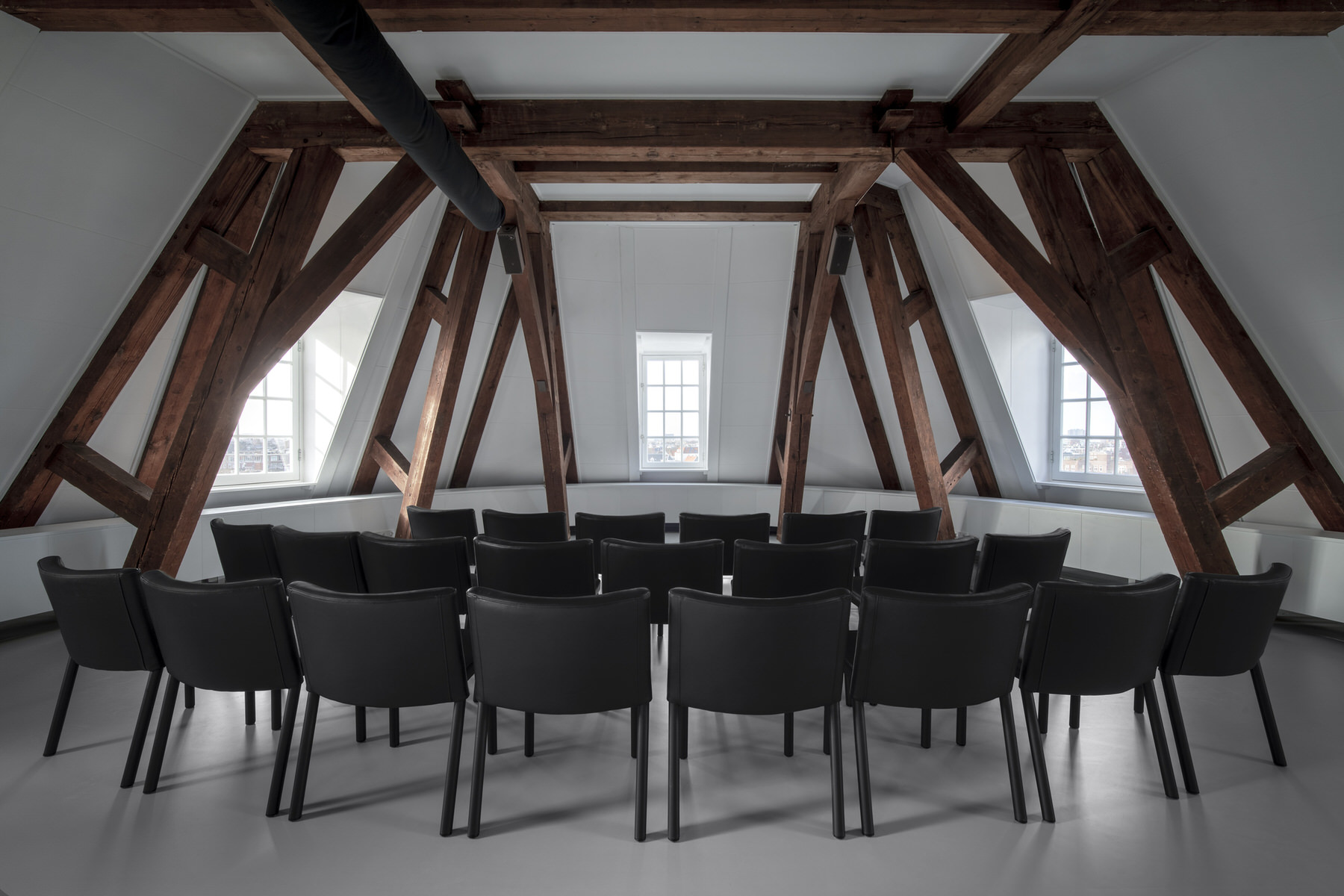 The building’s renovation required a large team of specialists and advisers to ensure new contemporary additions meshed with the original shell of the building. A room that seamlessly blends the old with the new is the reception area, where visitors are first introduced to the wonders of this project.

With collaboration from , a new lifted roof has allowed structural installations to be completely hidden from view. A labyrinth of tubular lights hangs suspended from the ceiling; their maze-like form reminiscent of a game of Pac-man. Their undeniably contemporary voice stands in stark contrast to the classical details that cover the walls, doors, and fireplace. i29 collaborated with Buro Belen to bring an “old etching from the original Teekenzaal” to life, creating a life-sized tactile wall covering within this space. 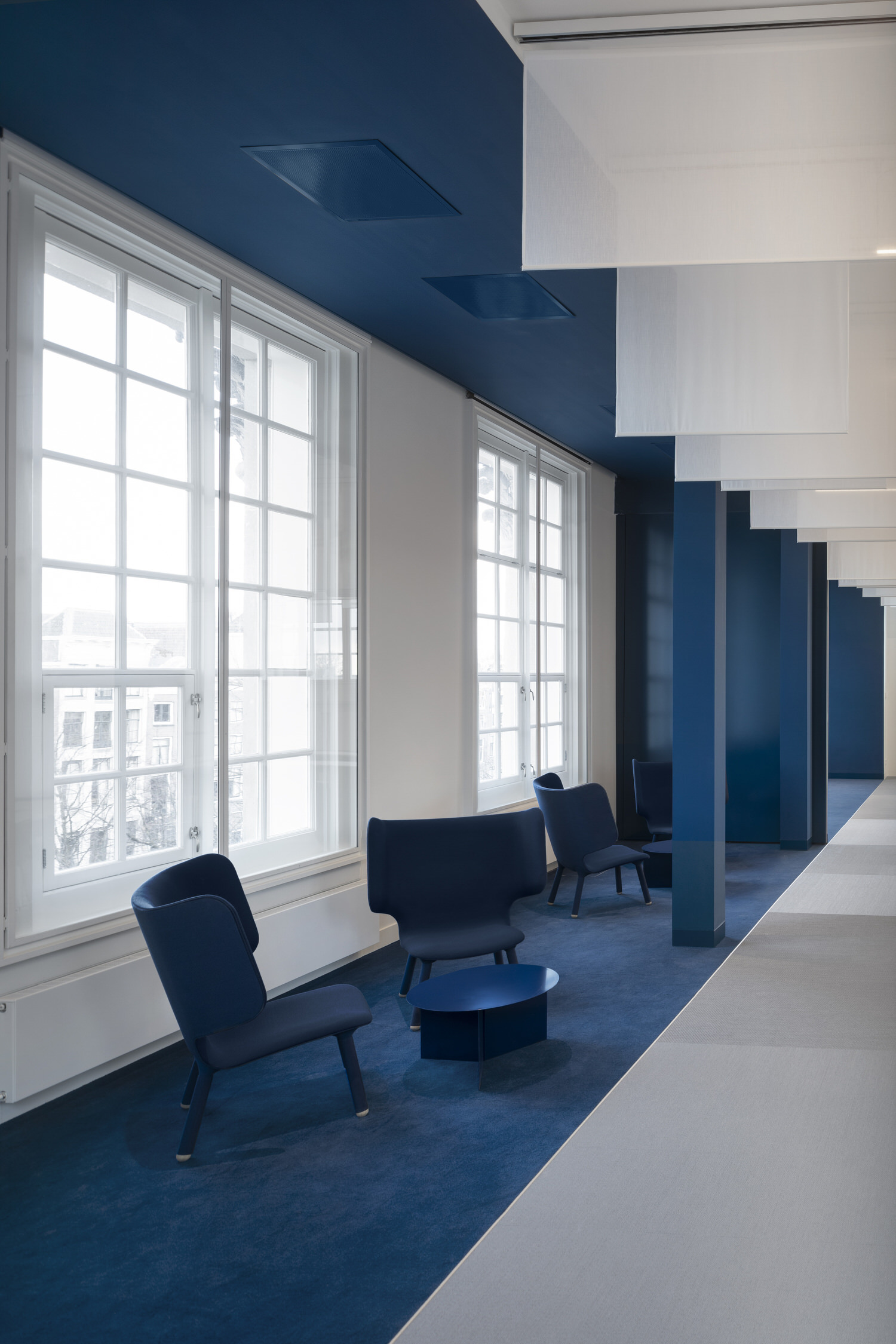 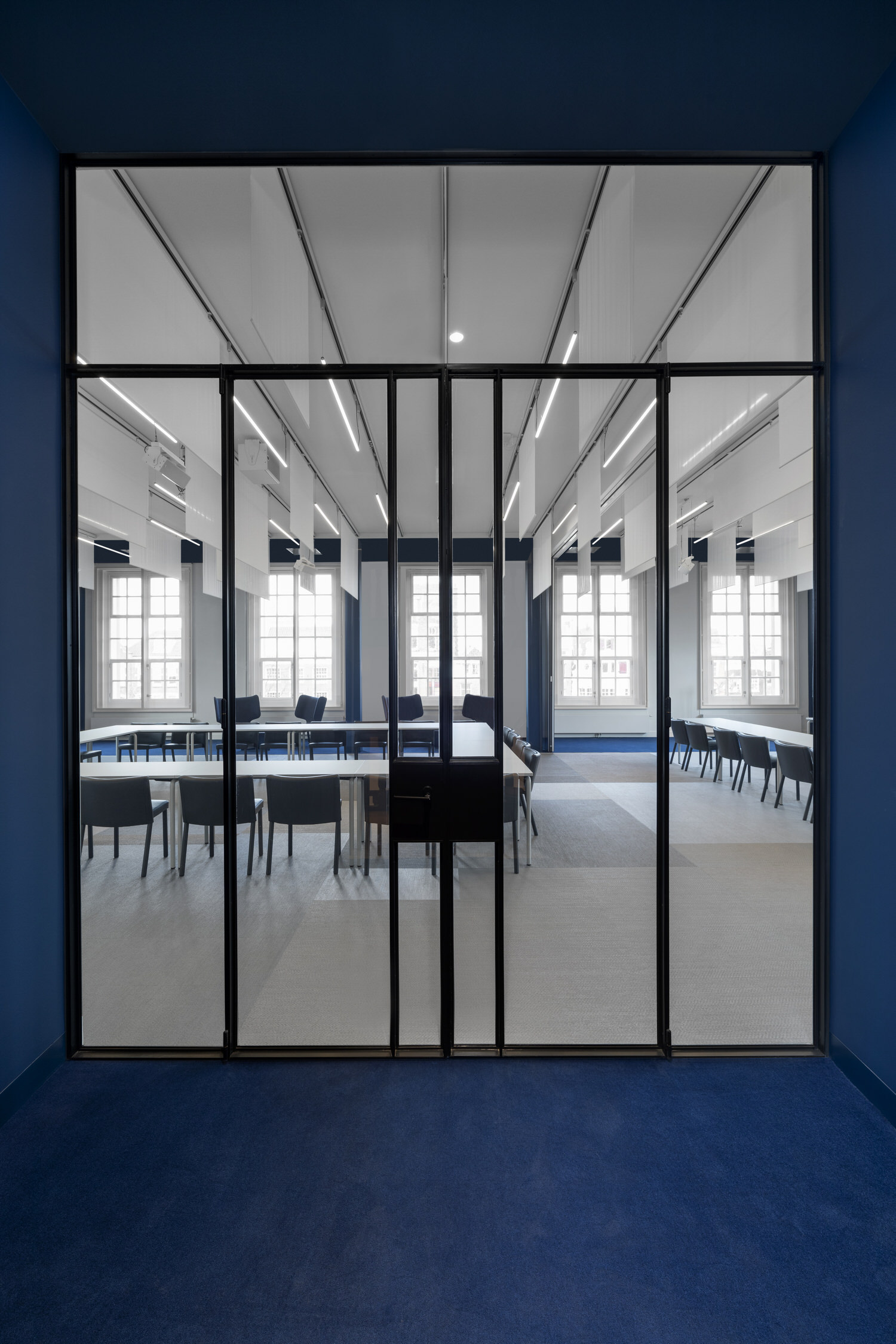 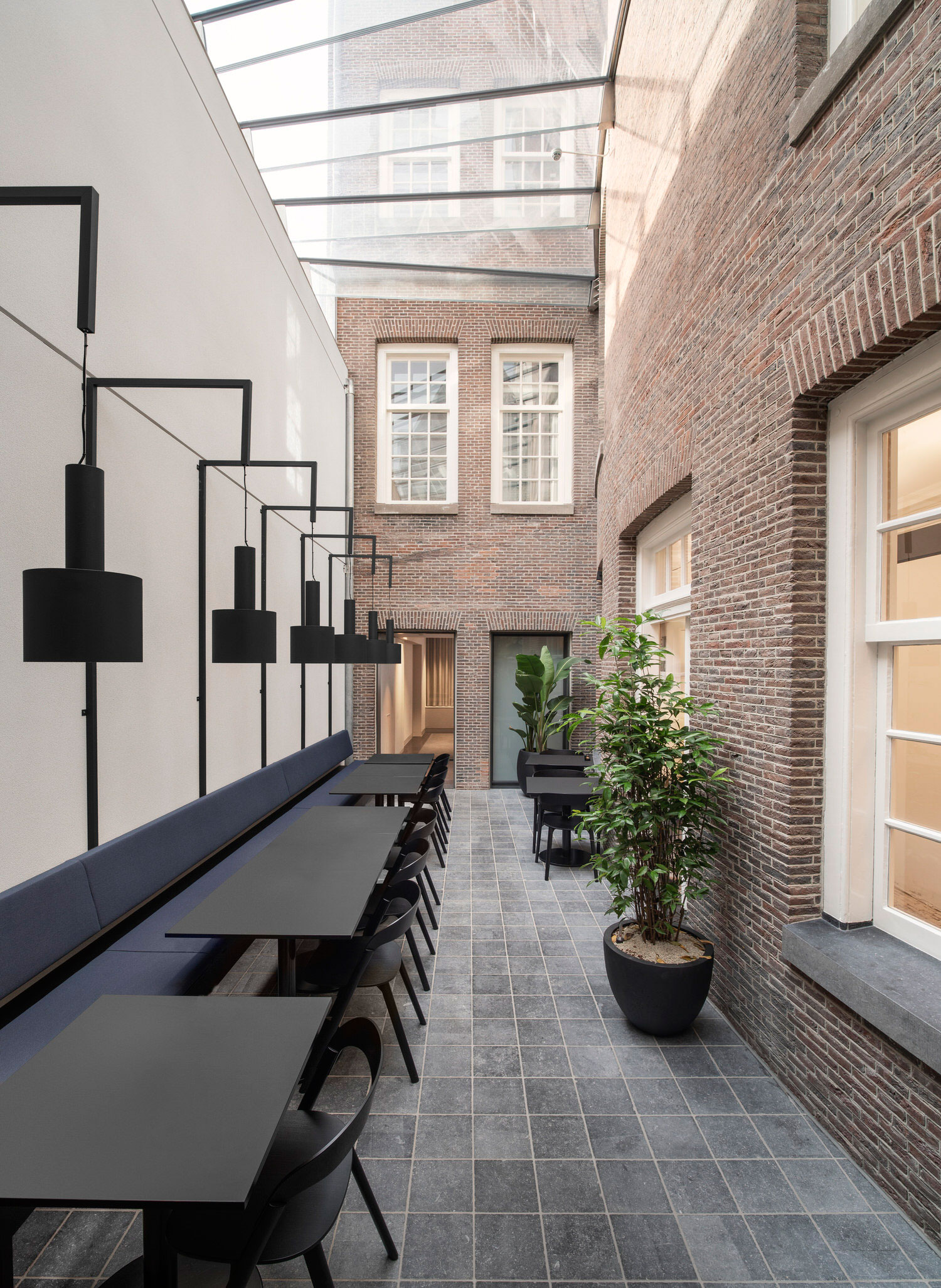 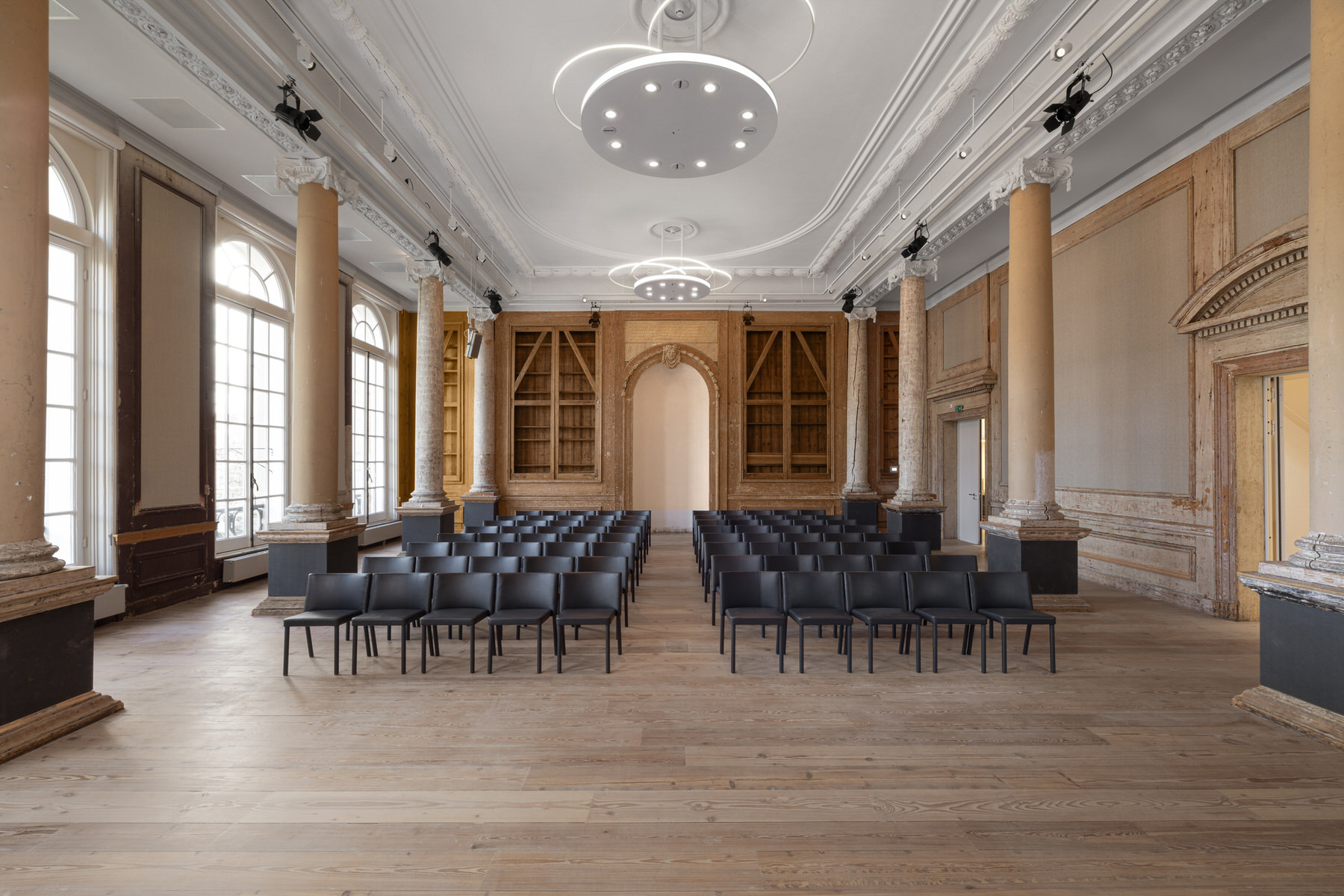 The raw character of the Zuilenzaal room has been retained and paired with contemporary new light fixtures – now a space that feels classical and futuristic all at one. The designers describe two giant LED light installations suspended between classical columns as “modern chandeliers”. The crumbling, cracked surfaces of the past and the crisp white glow of the new, come together to simultaneously celebrate the history and the future.

According to i29 Studio, the Concert Hall can now house “both a classical concert and a house party, as the building must ultimately be a vibrant culture house for both the young and the old.” A deep blue shade reaches up the curving walls, fading in vibrancy as it moves upward. Above arched windows pierce bright light into the space, creating an ethereal, other-worldly atmosphere.

i29 studio goes on to explain, “Large steel chandeliers and acoustic wall cabinets places the interior in the present and the past at the same time. Flexible wall units can be opened or closed for sound absorption or reflection, and now make both acoustic and electronic music possible.”