Shoebox in Barcelona by Barbara Appolloni. 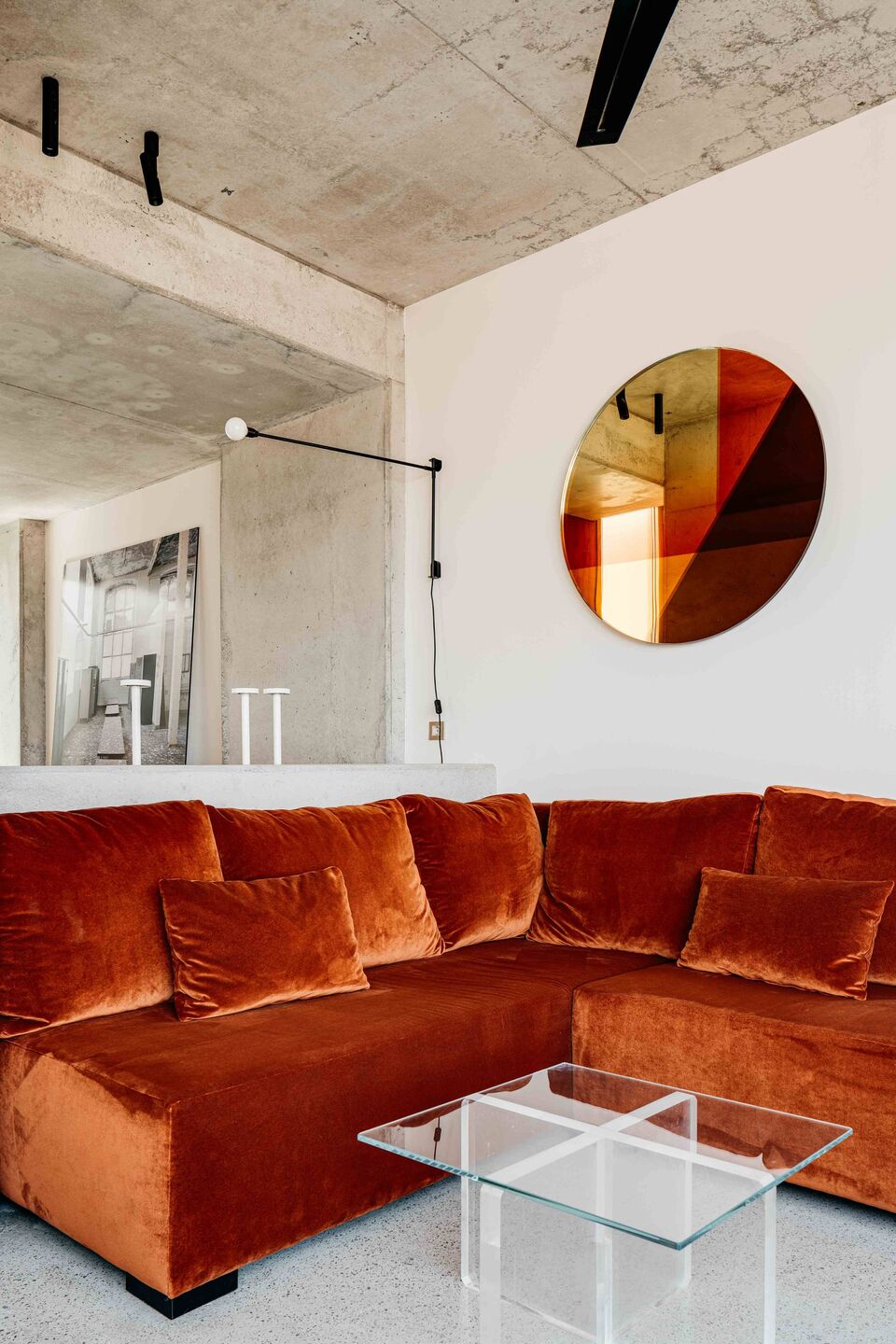 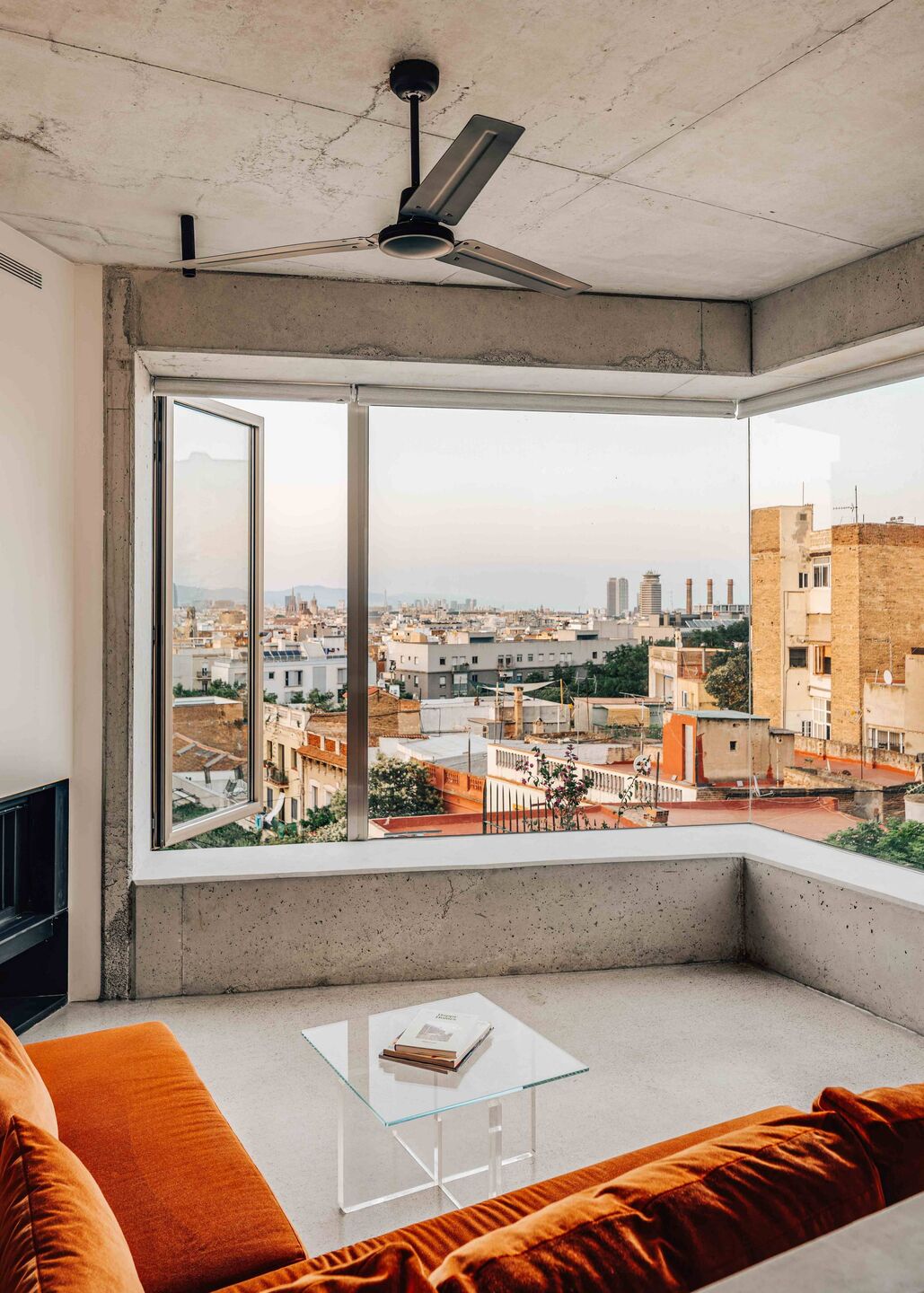 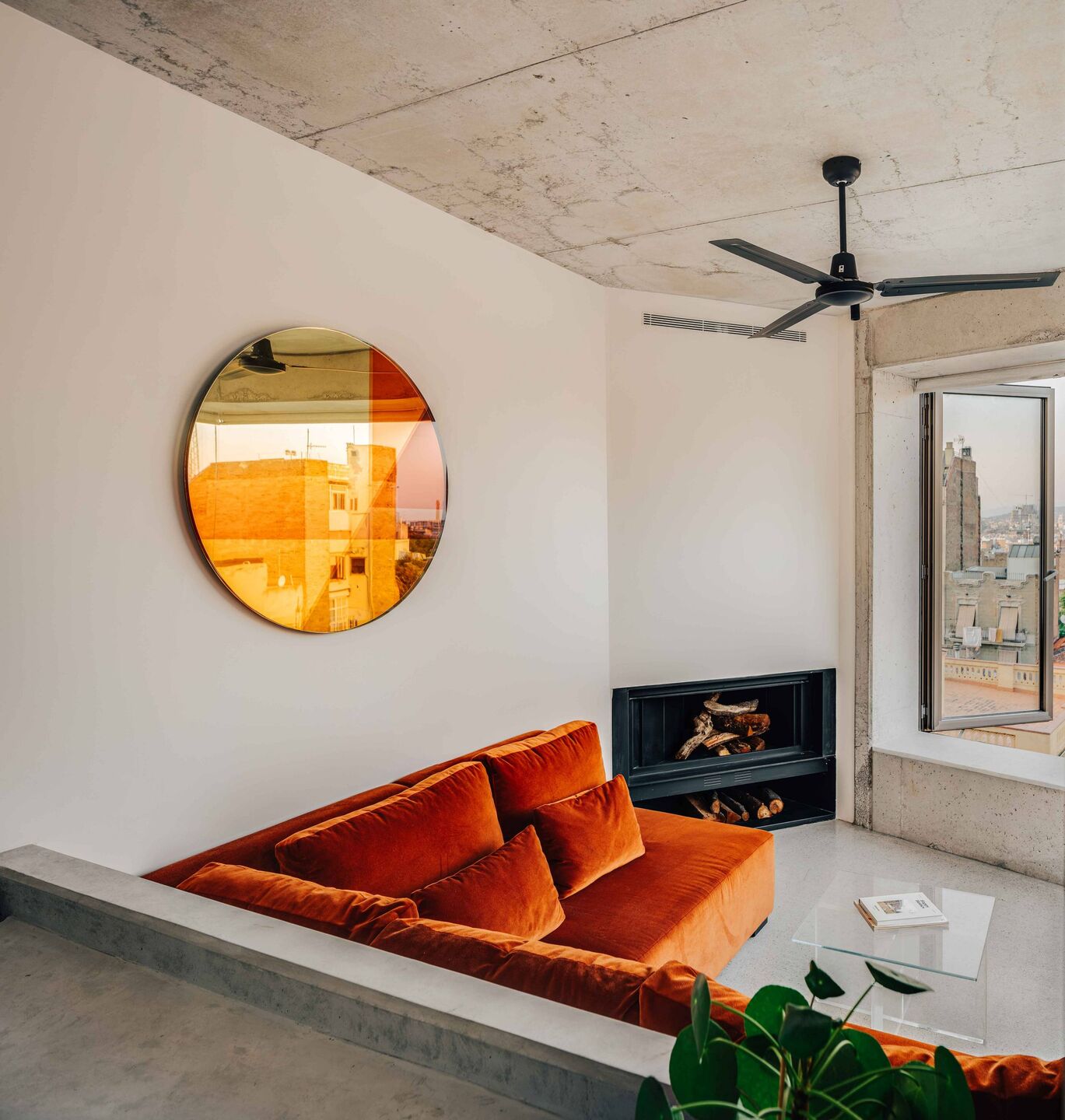 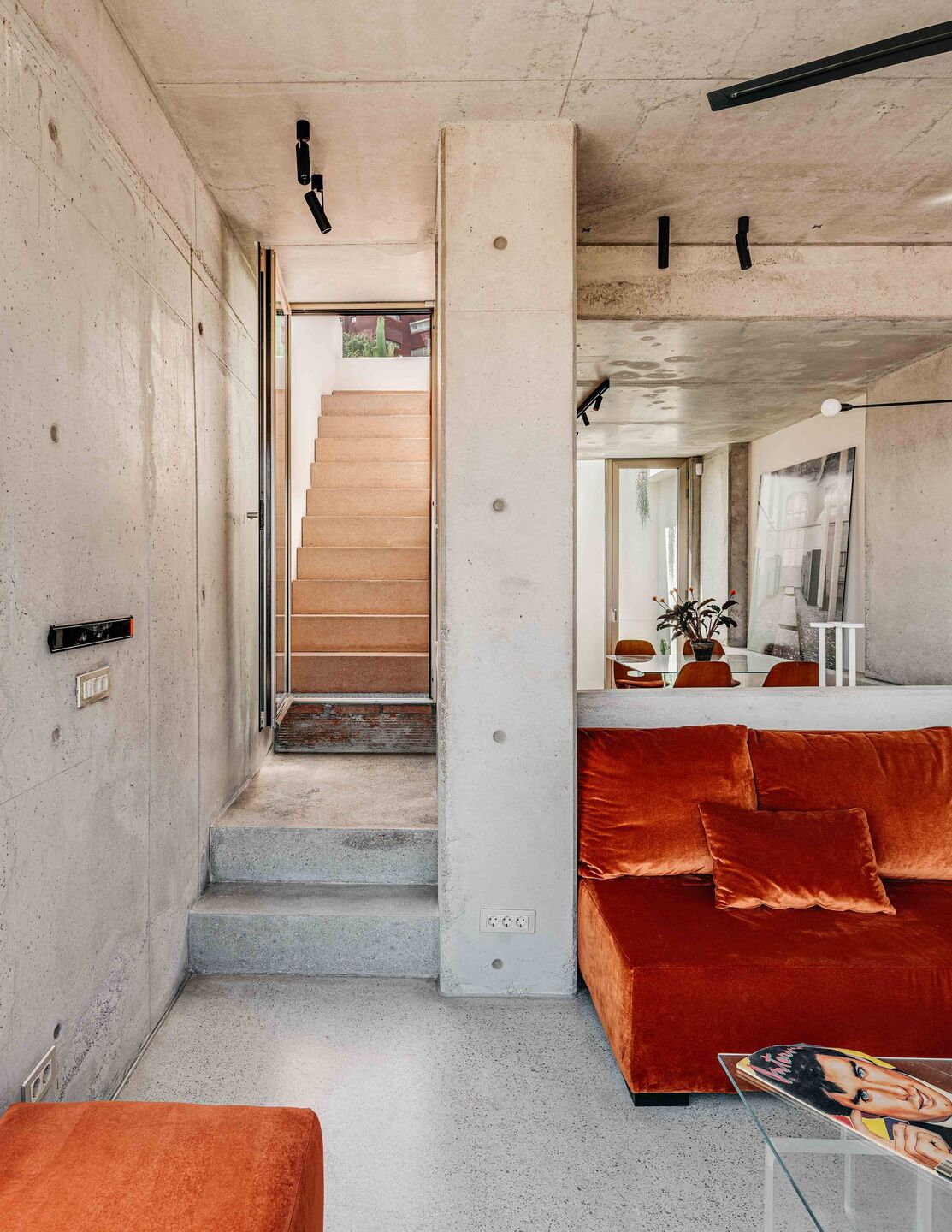 ’s Shoebox House feels much like an extension of the beautiful city of . The home unfolds with all of the colour, energy, and grit of the Spanish city that surrounds its outer skin. Noises, smells and even materials flow from the large open window deep into the house, creating a space that connects inhabitants to the world around them, while they remain within their own private retreat.

Due to the narrow site’s difficult location perched on the side of Montjuic hill, the existing structure was reinforced with more than 200 tons of concrete. The naturally imperfect quality of in situ poured concrete creates a beautifully nuanced finish, where no two sections look the same. Stairs, floors, walls, and ceilings all stand boldly as solid forms, forming a homogenous grey shell for living spaces to exist within. Although the scheme is largely dominated by a neutral palette, deep oranges and warm browns found in neighbouring buildings are mirrored within the space. A bright orange L-shaped couch becomes a key feature of the living room, cementing a connection with the panoramic city views sitting opposite. 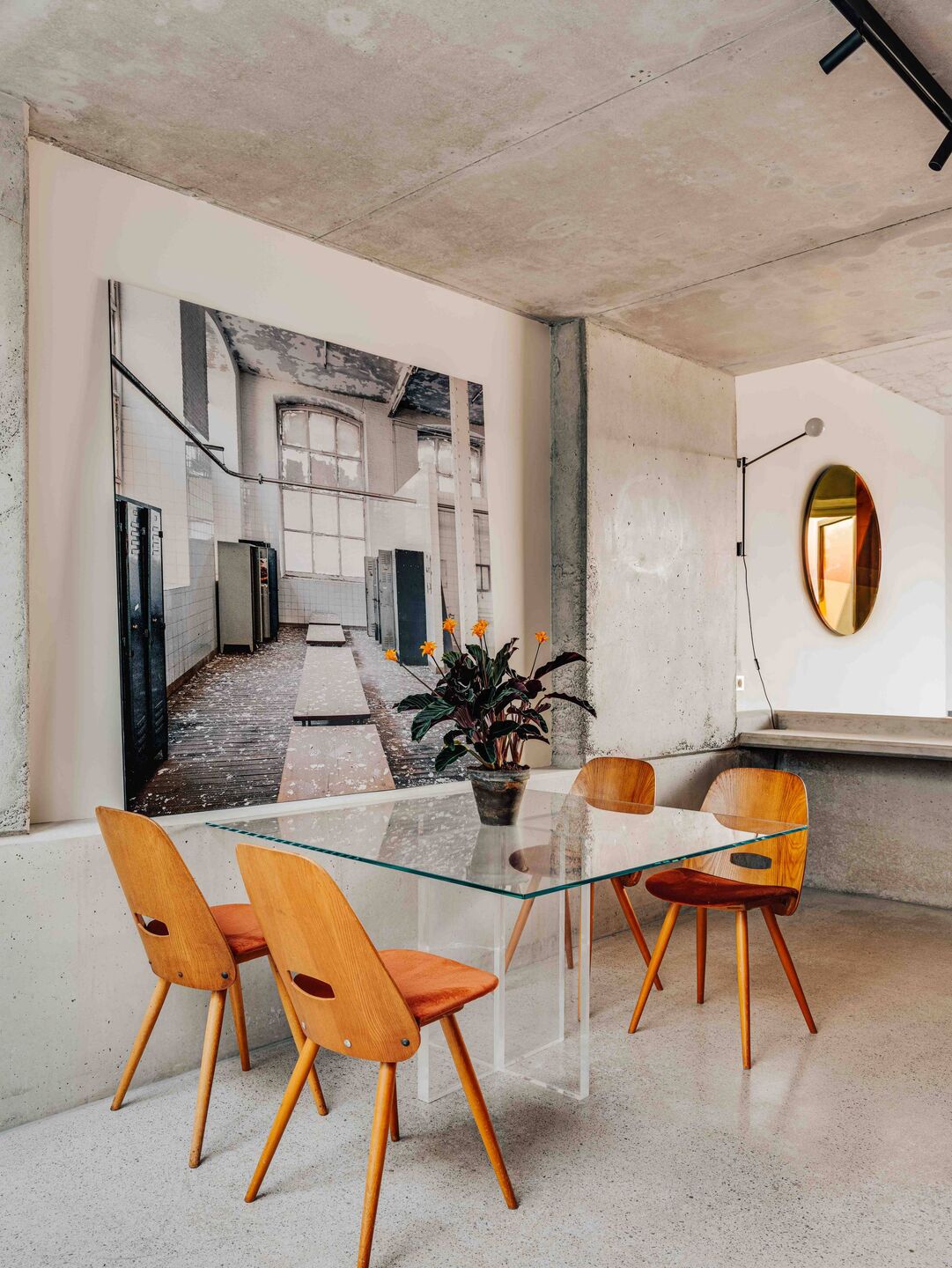 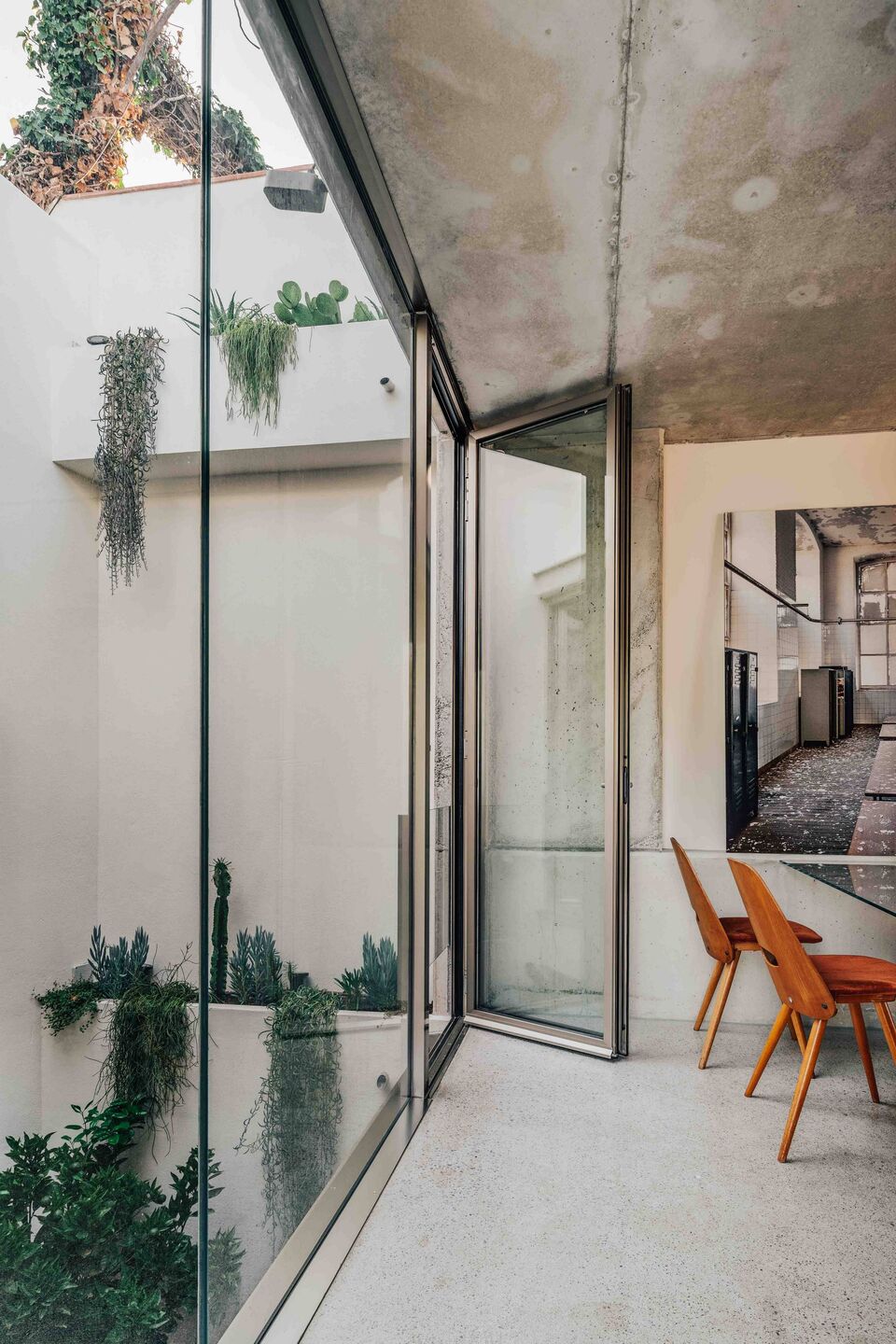 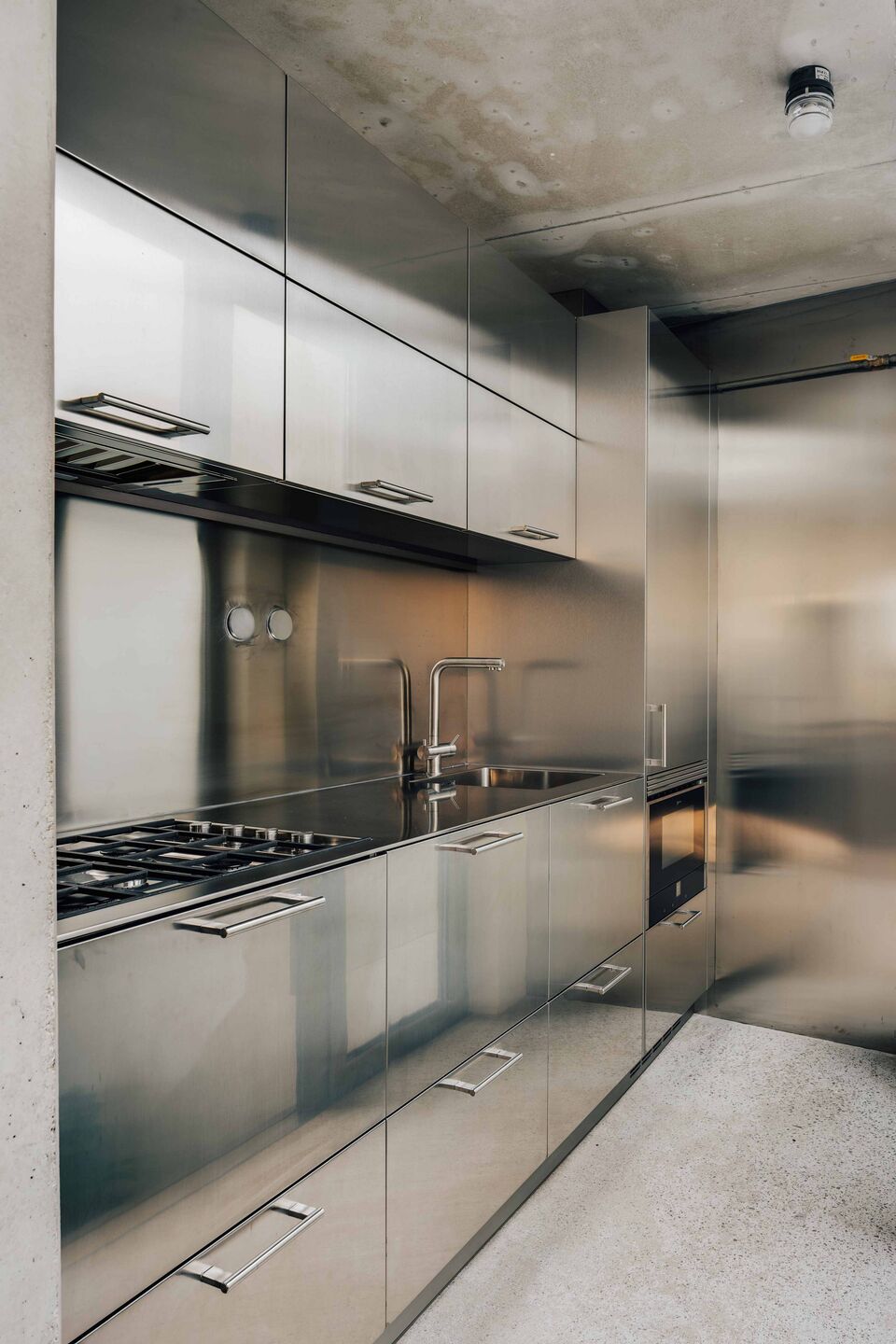 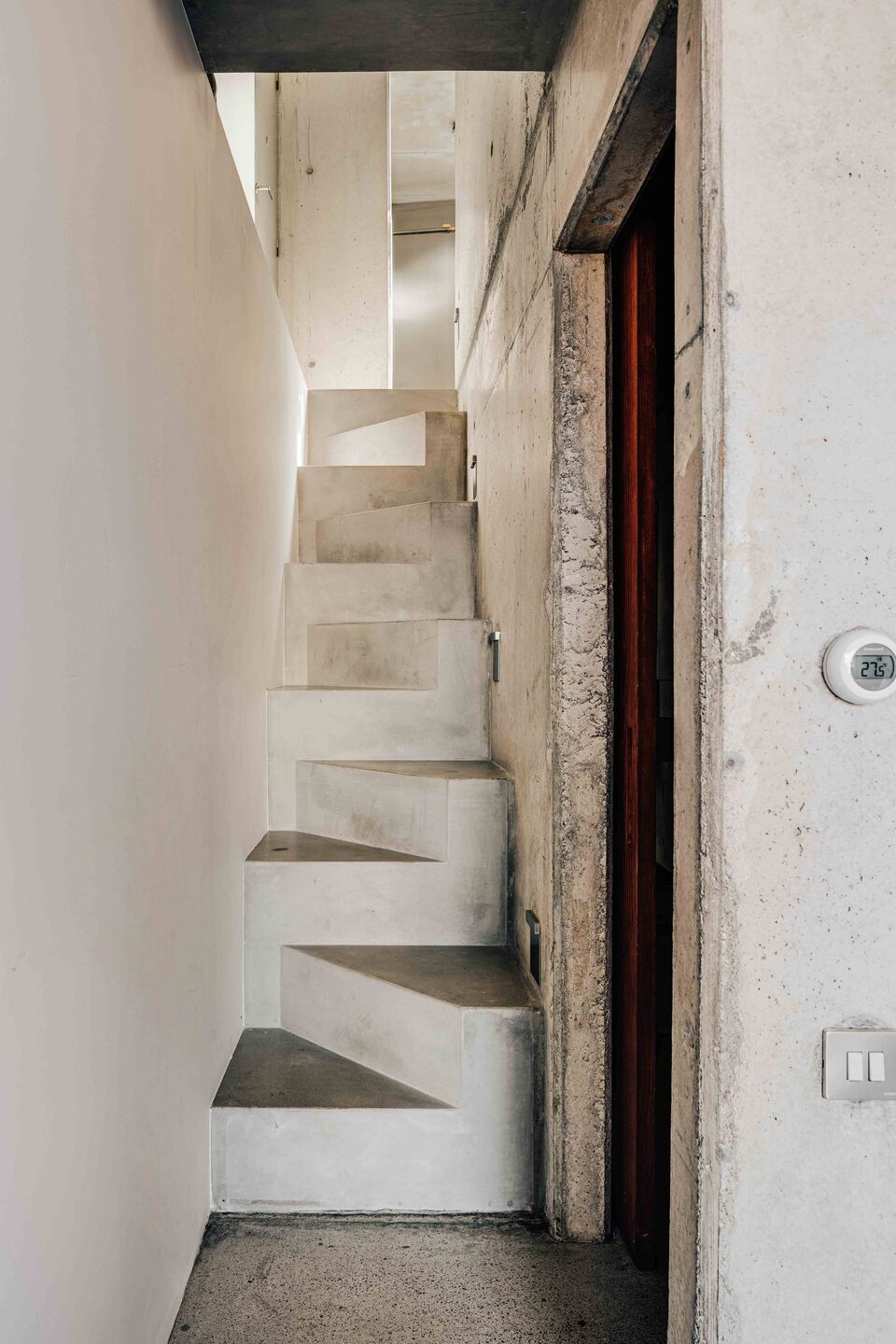 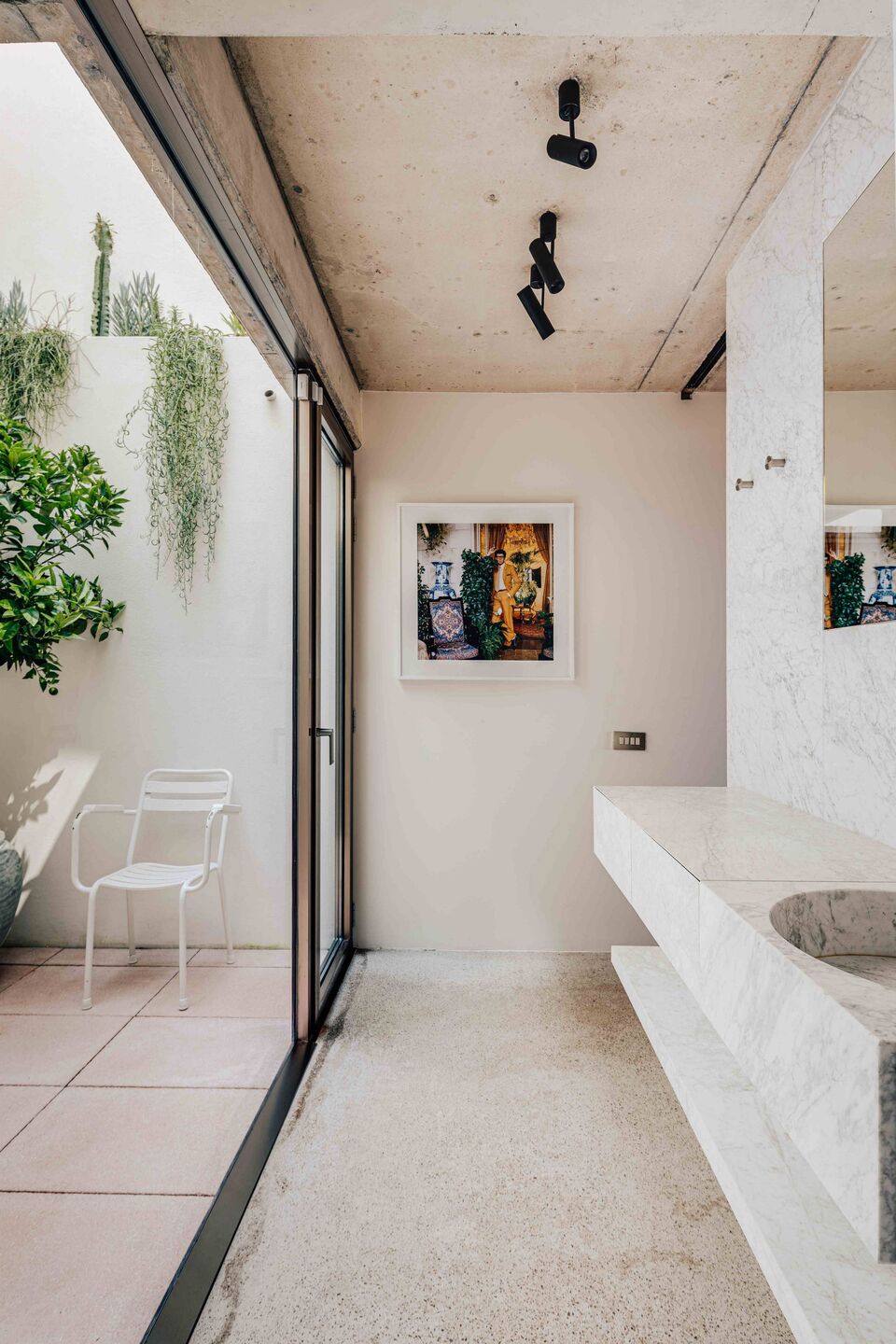 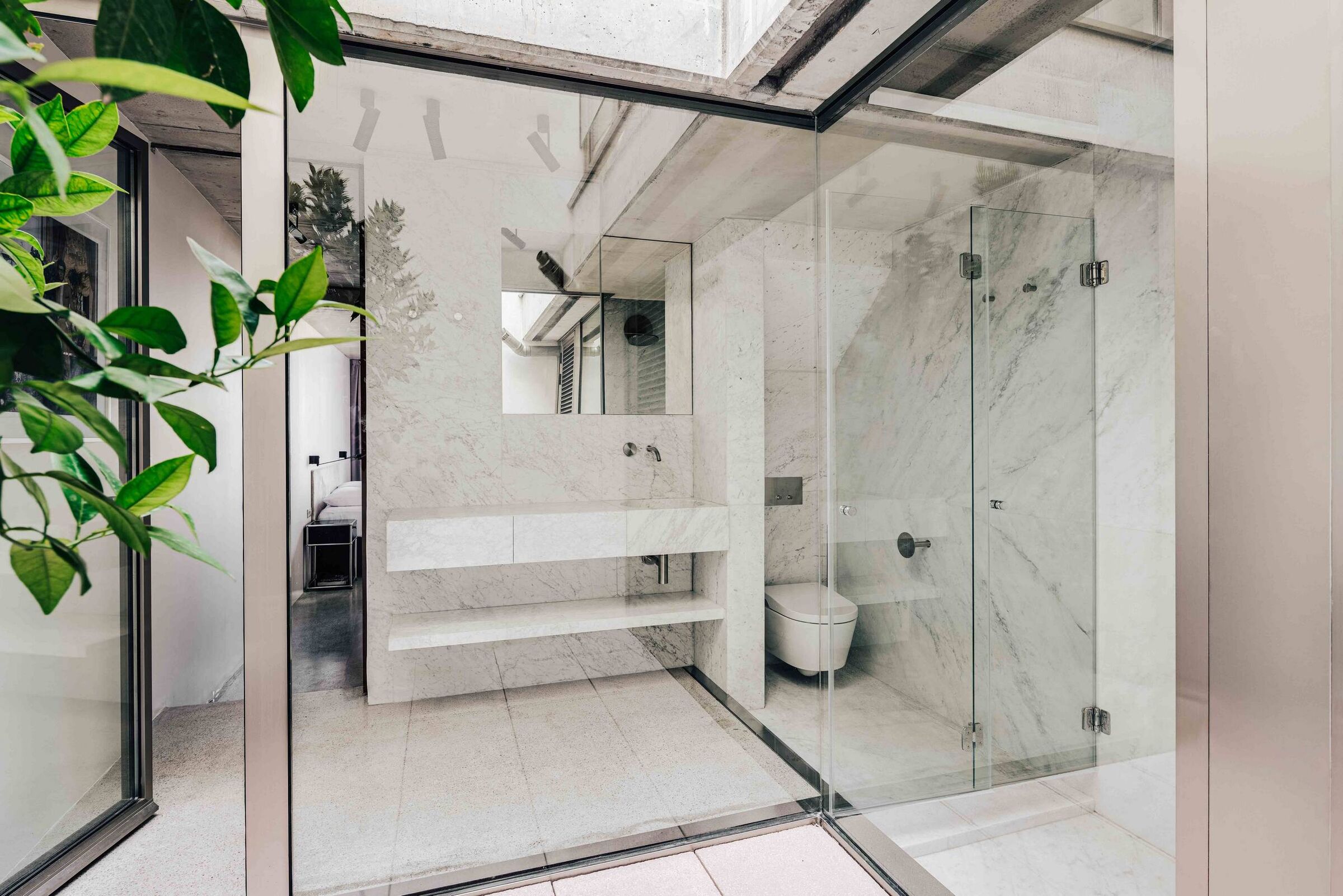 A kitchen completely wrapped in reflective stainless steel nods to the industrial language that can be found in the buildings outside. The completely uniform scheme contrasts with the warm timber and creamy Carrara marble used elsewhere throughout the home. The layering of textures, materials, and finishes creates a complex and visually interesting product – standing as a sophisticated take on an industrial aesthetic.

Interior spaces are bookended by city views at one end and a sun-soaked courtyard at the other. There is a blurring between the outside and the inside, the two becoming indistinguishable from one another. Glazed openings exist without bulky frames and railings, removing the visual barrier with the outside world. Whether it be collections of green climbing plants or the carefully curated view of the city and beyond – every room reminds those inside of their relationship to the natural world.