An Emerging Dutch City Gets a New Cultural Landmark

Though Amsterdam is famous for its eccentric architecture, picturesque canals and rich cultural scene, the Dutch city of Almere — located just across the IJmeer lake — is poised to emerge from the capital’s shadow. Built on reclaimed land where the shallow Zuiderzee bay once was, the town has grown to a population of nearly 220,000 since its founding in 1976. And yet, although Almere is on track to become one of the country’s largest cities, until recently it lacked a cultural institution of equal standing. The M Museum is set to change that. While we await its opening — which could take between five and 10 years — a temporary immersive art designed by will be used to develop and test ideas for the experimental gallery. 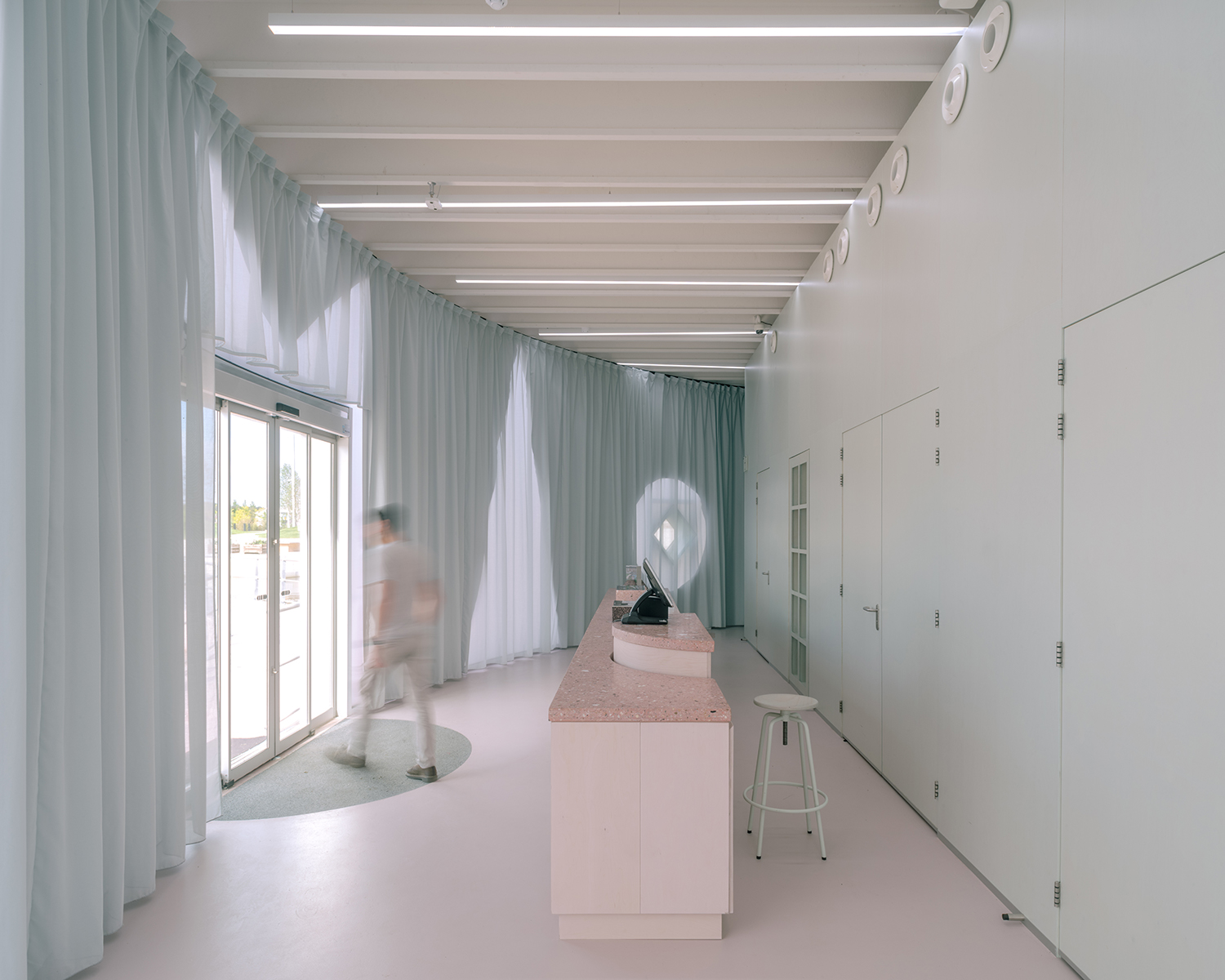 Given that Almere was conceptualized by a group of recently graduated urban planners, the municipality took a similar approach to the design of the pavilion, intentionally approaching up-and-coming architects. Studio Ossidiana’s innovative proposal was unanimously chosen from among four other submissions. Drawing inspiration from Weerwater Lake, which surrounds the town, the design duo — Alessandra Covini and Giovanni Belloti — have created a floating gallery and public space on the grounds of, and as a central component of the international horticulture exhibition . 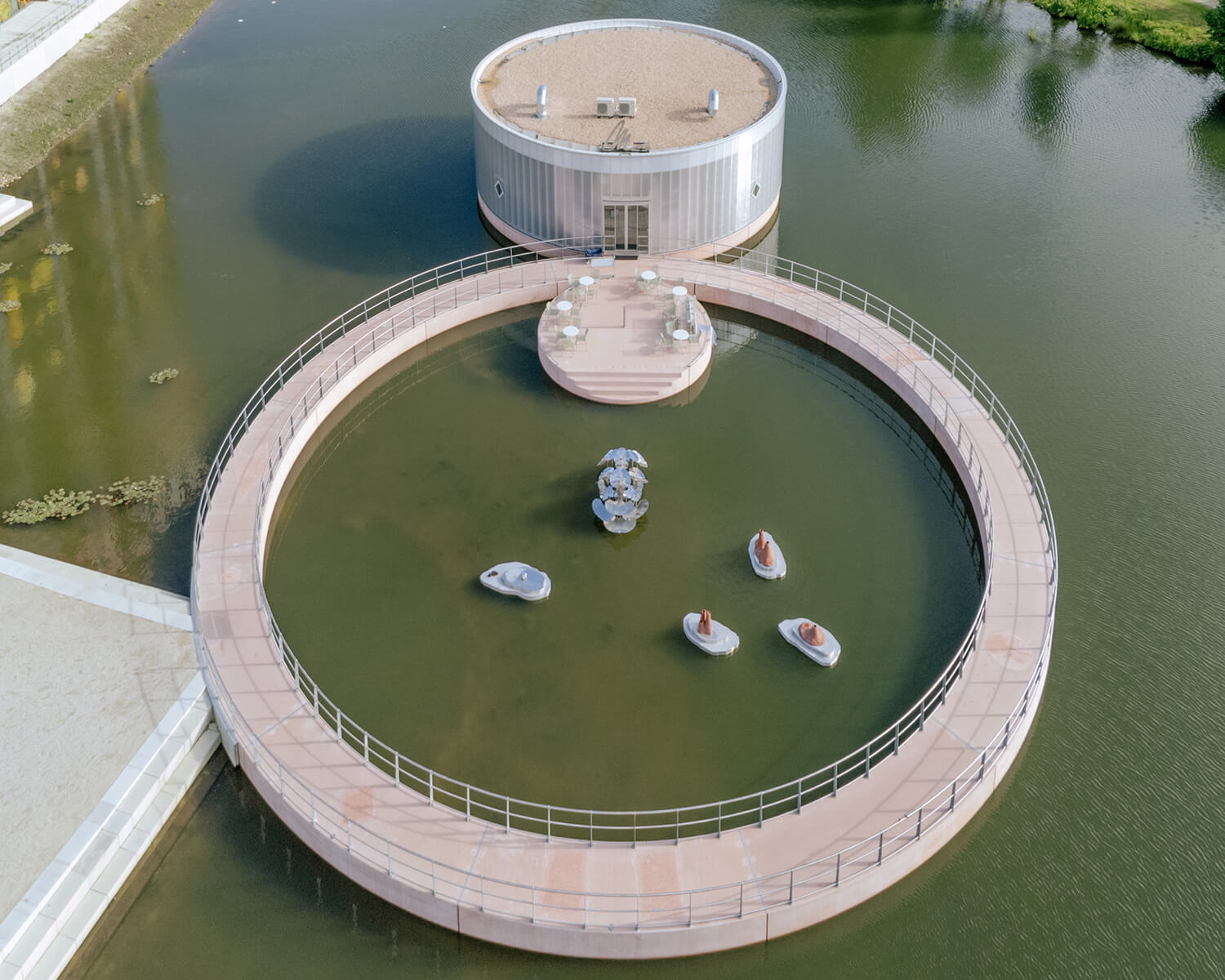 Three circular forms comprise the design. Dubbed “The Port,” a ring-shaped walkway made from custom-designed terrazzo (made using shells, mussels, clay and charcoal found in local soil) creates space for outdoor programming. Within it, a round floating stage drifts according to the prevailing winds. The final circle, “The Observatory,” lies adjacent to “The Port” and hosts two exhibition spaces. Its lightweight polycarbonate facade is lined with a seafoam green curtain complete with geometric cut-outs that filter in natural light with an ethereal quality. 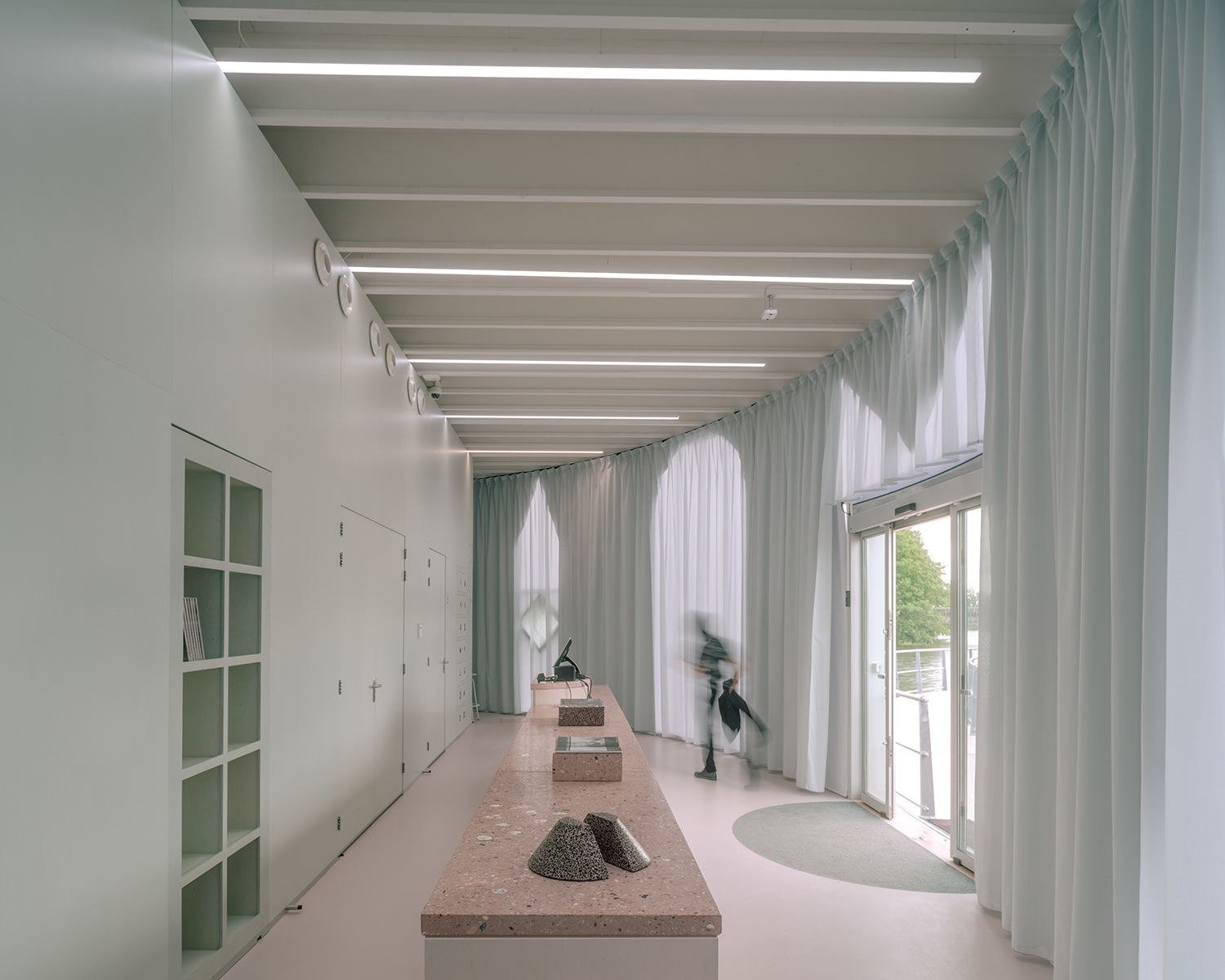 Inside the galleries, the first immersive exhibition, entitled NaturAlly: Wild Futures, is already underway. The show, which features the work of five emerging artists, affords visitors an interactive experience where they can see how machines help birds build nests or explore a diorama of a pink underwater world. 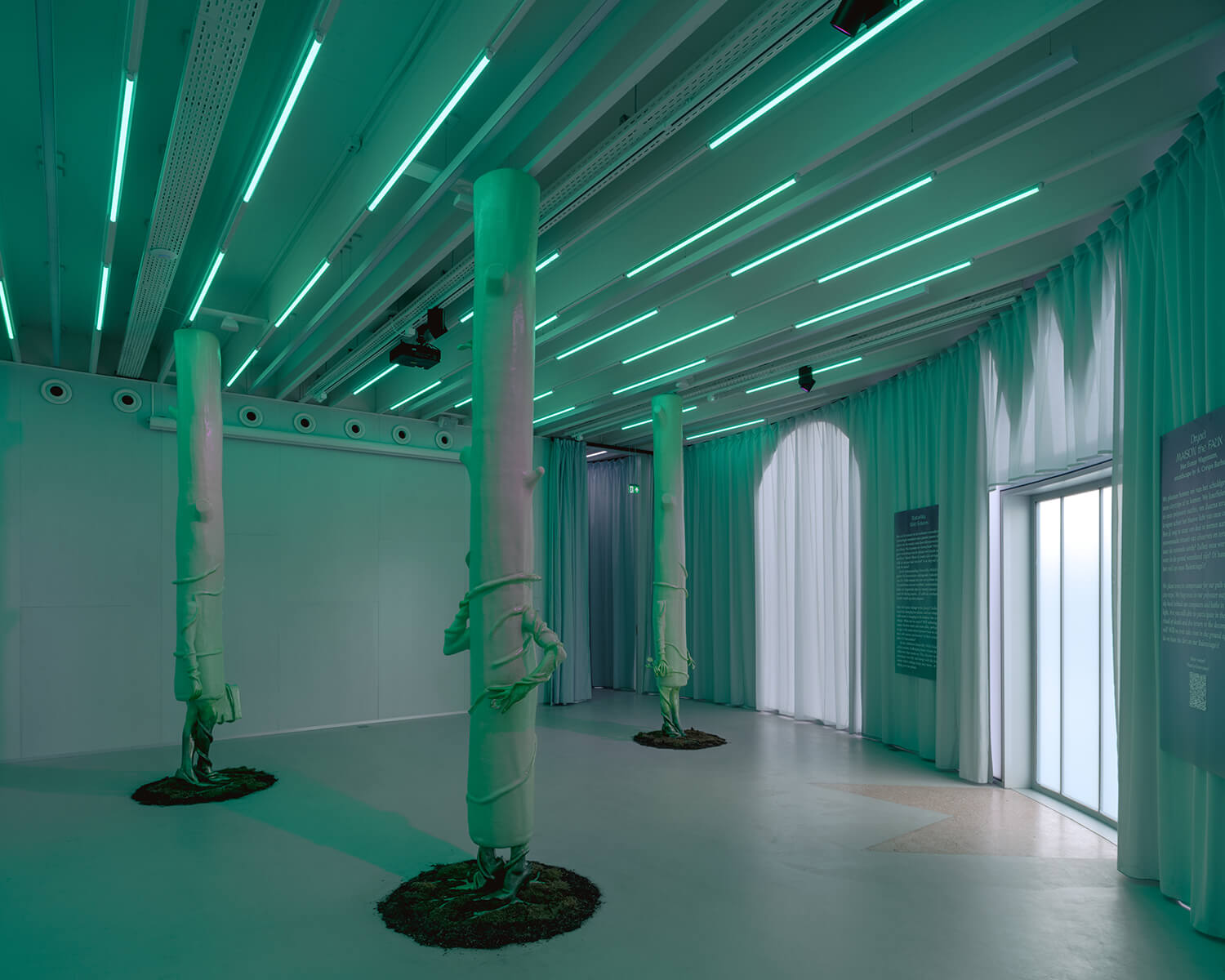 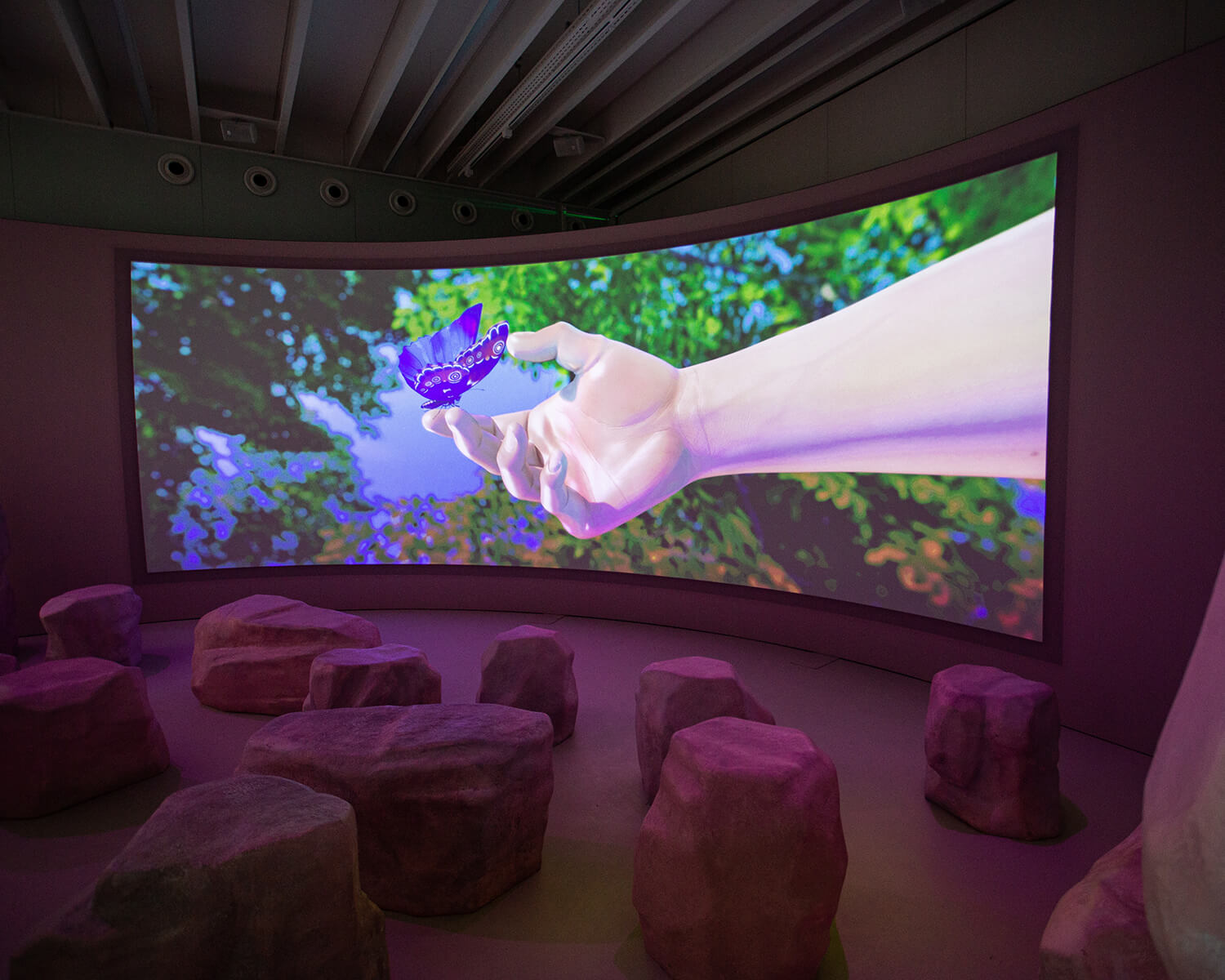 Participatory in nature, the museum’s goal is to make art, and in particular the kind of landscape art for which the region has become renowned, more accessible — even for those with no prior knowledge. To that end, the institution has begun to develop an educational program for primary and higher education curricula with the hope that student insights will help to inform plans for the future of the museum. 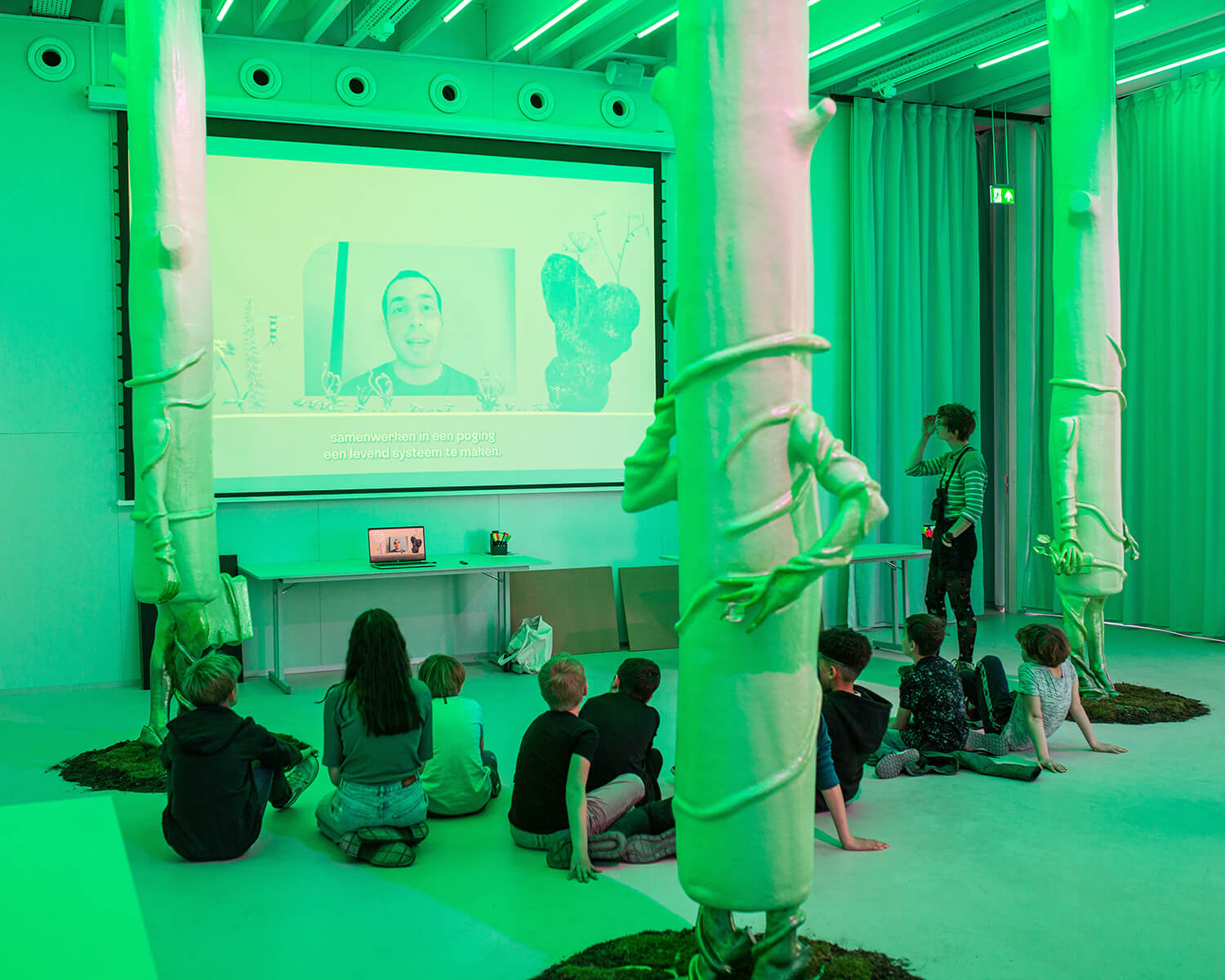 Beyond the pavilion, the M Museum’s influence is already being seen in the larger public realm — two of the city’s empty retail spaces have been reimagined as interactive installations, including a larger-than-life paint by numbers piece and an art maze. Likewise, the community itself is inspiring the art. Powered by local citizens’ heartbeats, a temporary interactive water sculpture entitled Nieuw Flevo Peil was displayed in a lake in downtown Almere. An artwork soon to be commissioned by the M Museum will incorporate those participants’ responses to the question: What makes your heart beat faster? 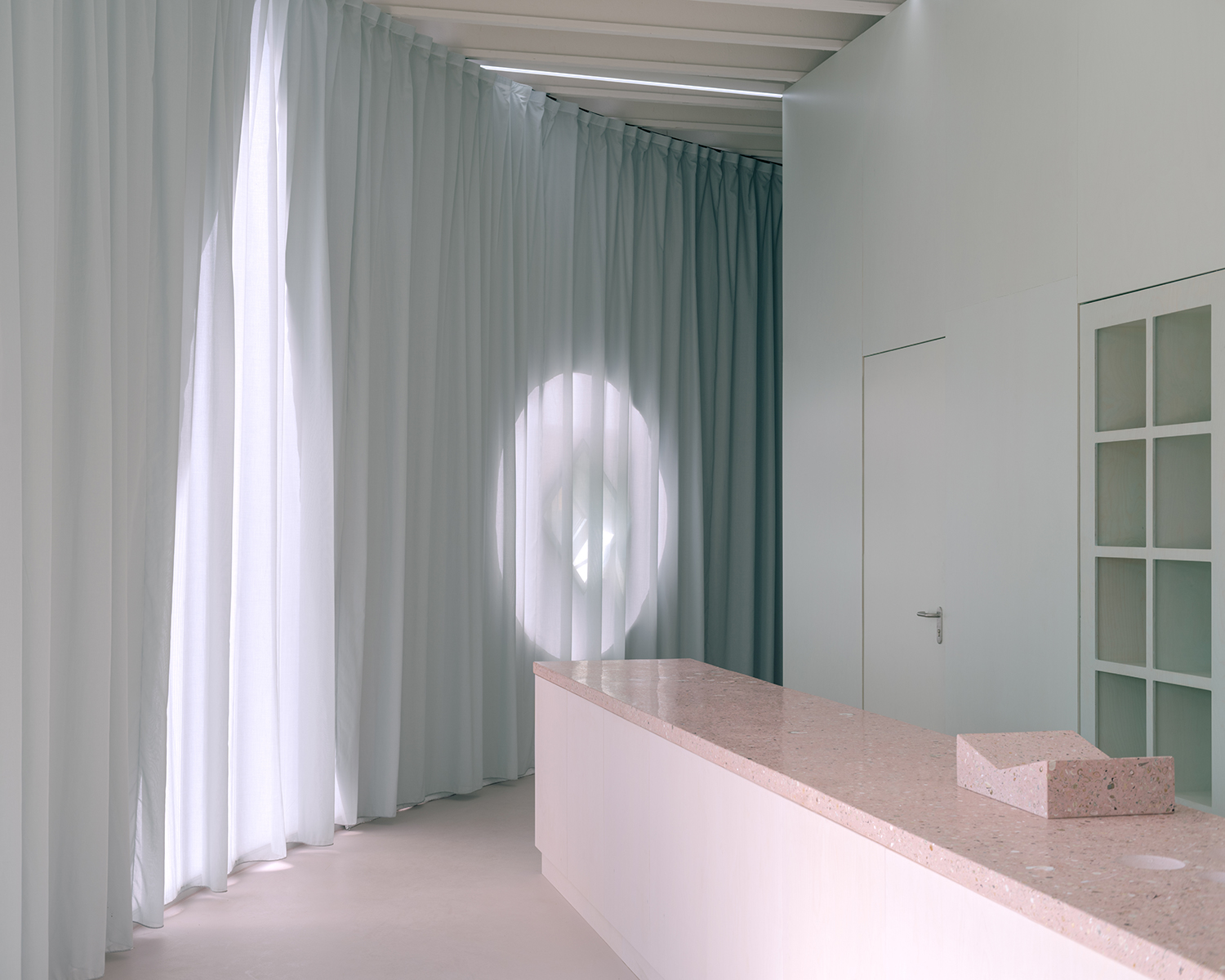 It’s just one of many plans for the organization. Following the Floriade Expo, an innovative sustainable residential development will see the current site transformed; the finished museum will be its crowning jewel. Poised to attract tourists and locals alike, the M Museum represents a critical investment in cultural infrastructure and an asset to its community.