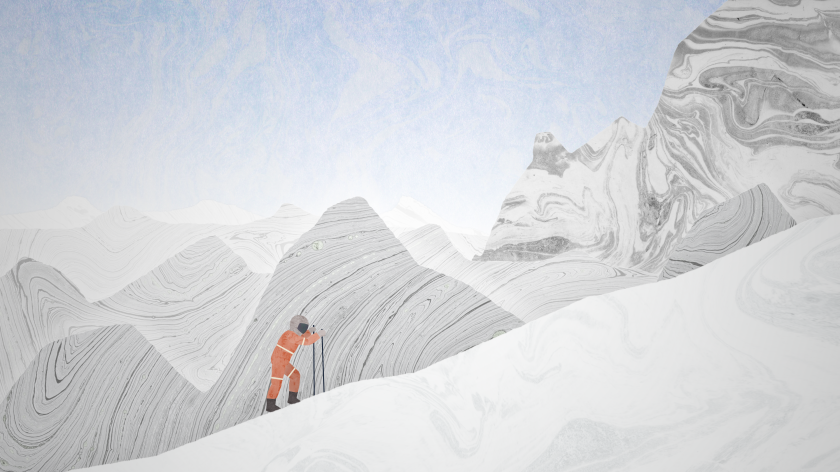 has created an entrancing and trippy music video for musician Ryan Melia that blends stop-motion animation techniques with the swirling patterns of textured paper.

Stop motion has a long and proud history in the world of music videos – hello, Sledgehammer – but in recent years, they have been few and far between. Bucking that trend is the latest offering from multi-disciplinary, Brooklyn-based creative studio Double Solitaire, whose paper visuals for Ryan Melia’s latest song bring stop motion up to date with digital trickery.

Created for the song Far From The Glacier, the distinctive three-minute animation follows an intrepid explorer as he hikes across a mountainous landscape on his journey towards a towering, star-flecked obelisk. And when he reaches out and touches it, things get extra weird as he appears to get absorbed into it and multiply. Check it out below.

For Tony Blahd and Lydia Fine, the creative duo behind Double Solitaire, Far From The Glacier is the latest in a long line of experimental campaigns that combine a variety of mediums. Over the past decade, they have worked with iconic brands like Ray-Ban and the MoMA and created music videos for artists such as Unknown Mortal Orchestra. In other words, they’re the ideal team to make something a little out there, a little different.

In Far From The Glacier, they build on their experience to create a satisfyingly jarring visual treat. Stop motion is a familiar technique to most viewers, and it’s clear how the explorer is carefully repositioned bit by bit to create the illusion of movement. But the inclusion of moving textured paper defies this by fluidly swirling away in the background. 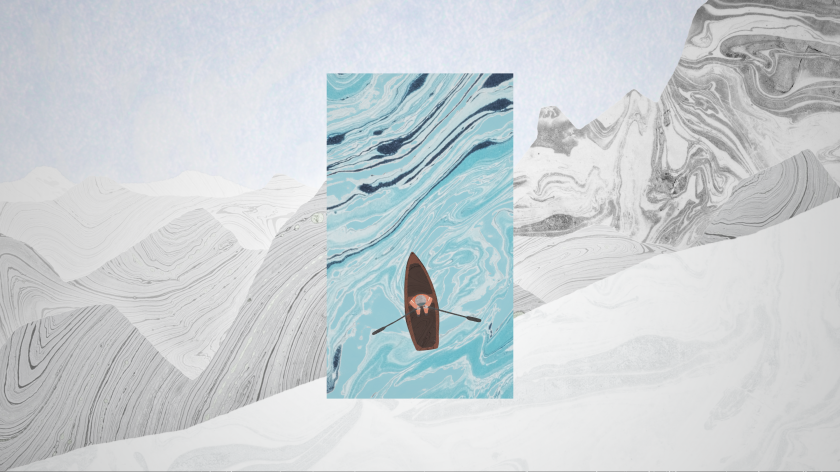 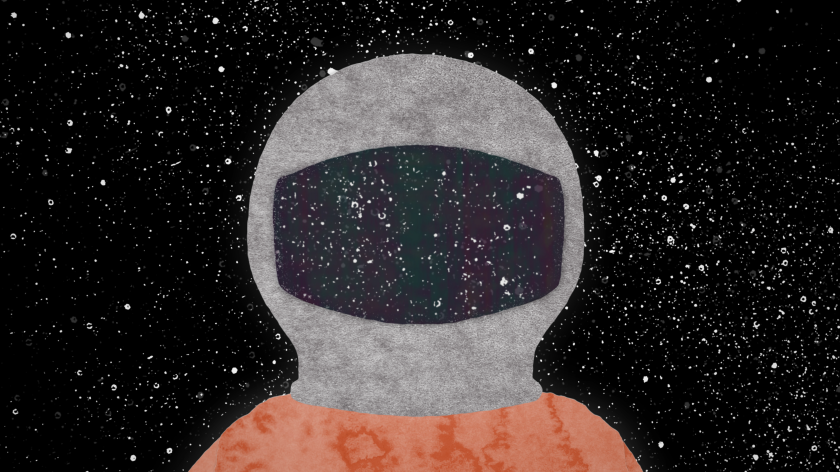 Explaining how these two techniques can possibly co-exist, Double Solitaire reveals: “We created this through a series mix of stop-motion and digital techniques. We started by creating a series of landscapes with marbleized and other textural papers and taking these landscapes into After Effects to manipulate and distort them.”

It’s a powerful combination that calls back to other landmark moments in the history of visual effects. Both the traveller and the obelisk appear to be references to Stanley Kubrick’s 1968 masterpiece 2001: A Space Odyssey, a film which set the bar high for experimental special effects in the science fiction genre. 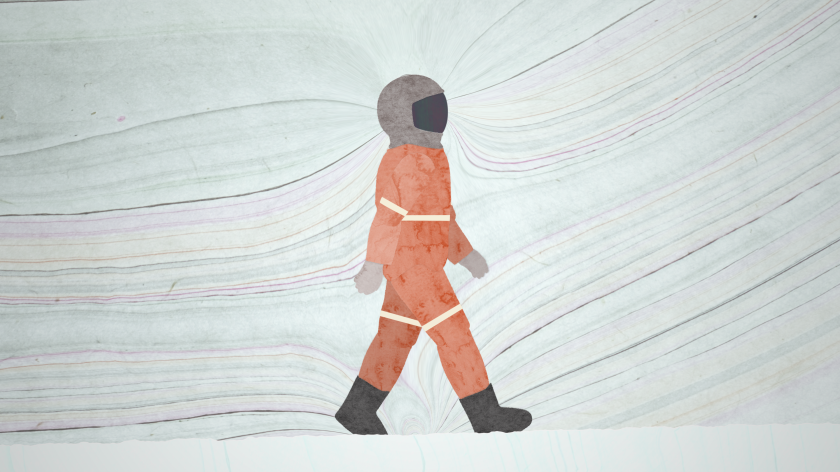 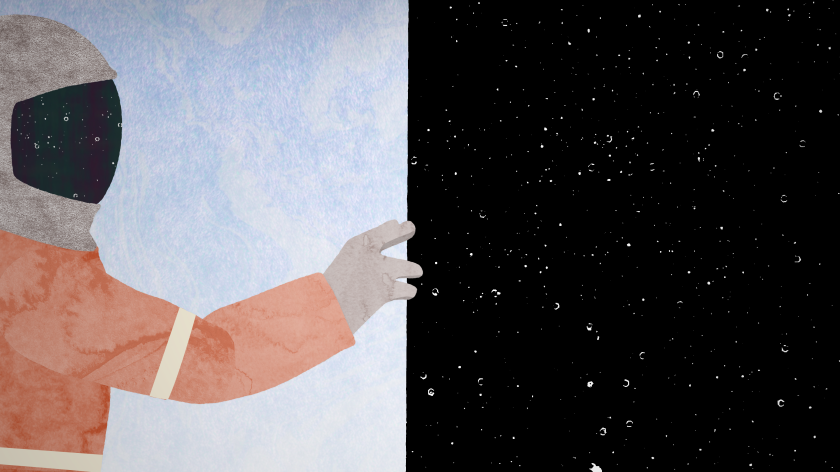 In terms of how Double Solitaire arrived at this aesthetic, the studio adds, “It’s an evolution of a style we’ve been experimenting with in our studio for the last few years. Originally inspired by the collage work of Alex Katz, we’ve slowly developed techniques through quick experiments or longer-form animations like the music video for Robert Wyatt’s “Pigs”.

“We worked on Far From the Glacier off and on for almost ten months,” they conclude. “This included research and inspiration, storyboarding, photography, and long, tedious sessions in After Effects to perfect each pixel.” 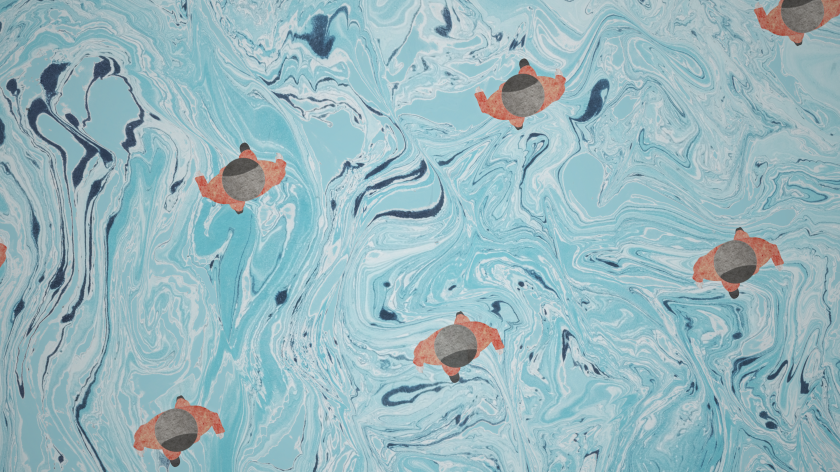 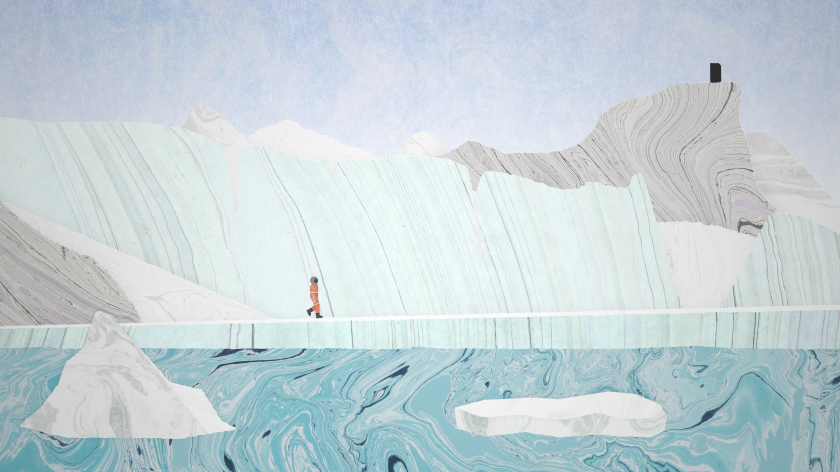 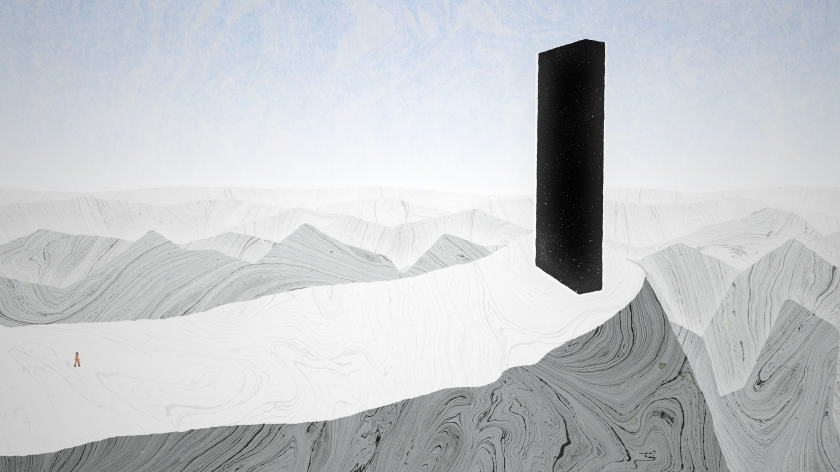