Integrating nature into urban spaces is a top trend in contemporary design. A great way to focus on an area’s biodiversity while also creating harmony between manmade creations and their natural counterparts, it’s a mark of a more sustainable eye in urban development that’s been gaining popularity all over the world. This can be seen in all kinds of architectural projects, from to the recently proposed Toronto Tree Tower, which aims to forge “a connection to nature and integration of plants” through self-sufficient design, according to a recent euronews article. 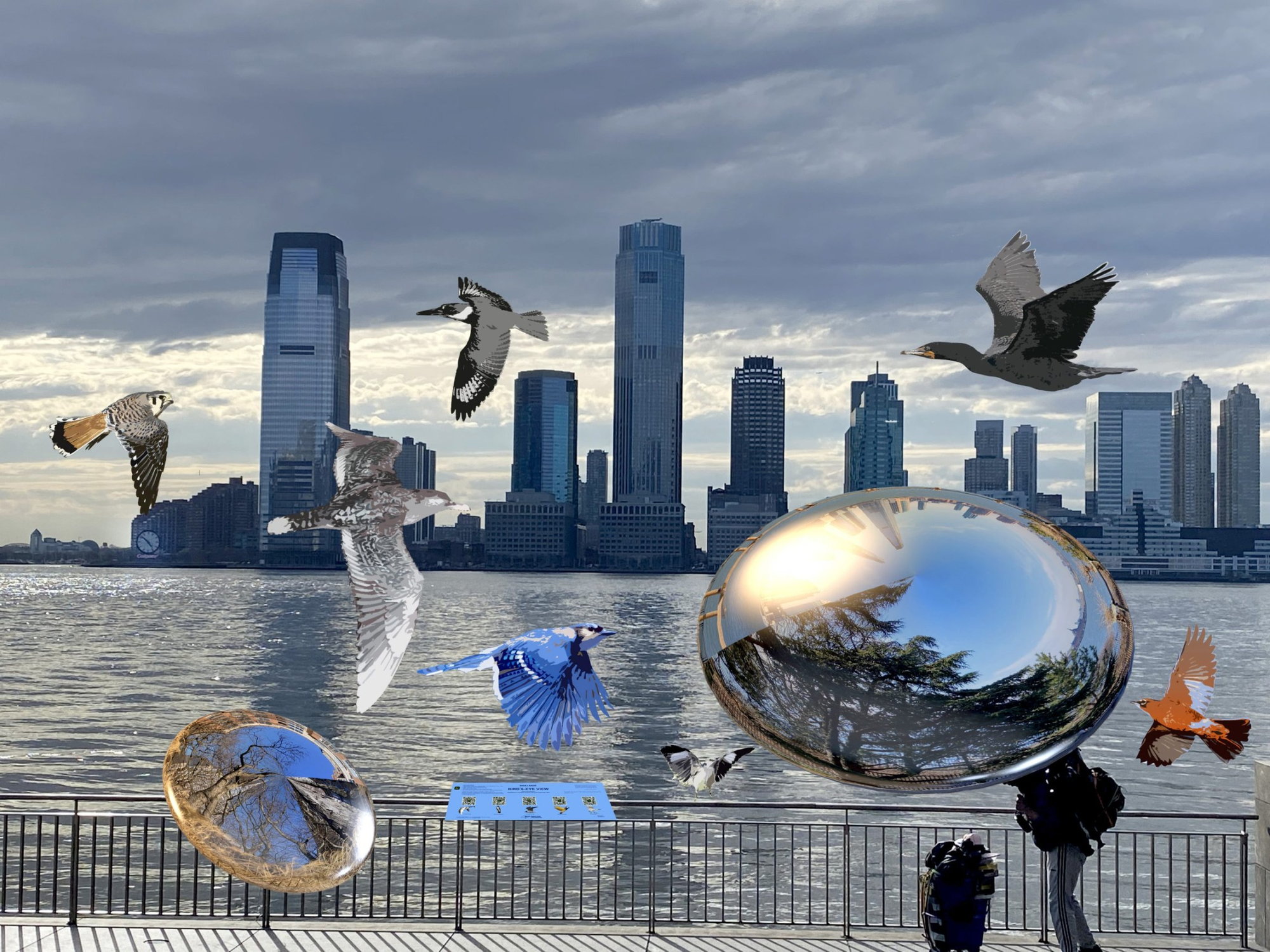 But it’s not just the architecture and design spheres playing pivotal parts in sustainable urban integration projects. Many artists are also sharing their talents to create interactive environments that encourage a more harmonious relationship between nature and the urban sprawl. The new “Bird’s Eye View” installation in New York’s Battery Park aims to do just that. 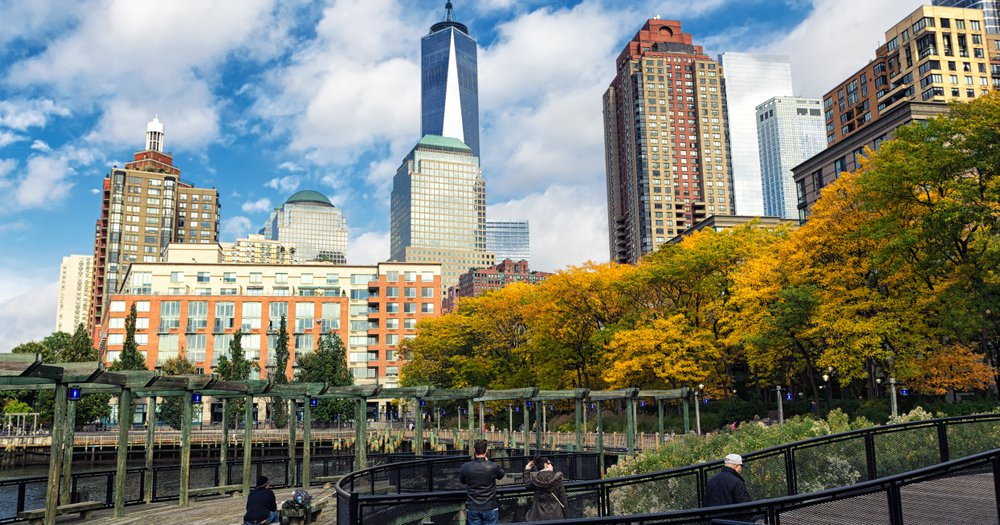 Opened on Earth Day last month, the art installation isn’t just interactive — it uses to show viewers all the bird species that live and travel through Manhattan’s waterways through the lens of their very own smartphones. Dubbed “Bird’s-Eye View,” the installation is the work of NYC artist Shuli Sadé, whose display consists of both photographs and original watercolors of local birds.

By scanning one of the 70 designated QR codes found on the signs along the water, visitors are virtually transported to a magical and often overlooked world in the sky. The immersive experience also includes snippets of bird songs, information about the birds’ habits and migratory patterns, and carefully curated lines of poetry that “draw parallels between the repetitive nature of bird sounds and syllables in poems.” Bird’s Eye View offers visitors a unique glimpse into the lives of 30 migratory bird species that frequent the skies above the Hudson River and can often be seen in flight above Battery Park City’s many gardens and parks. 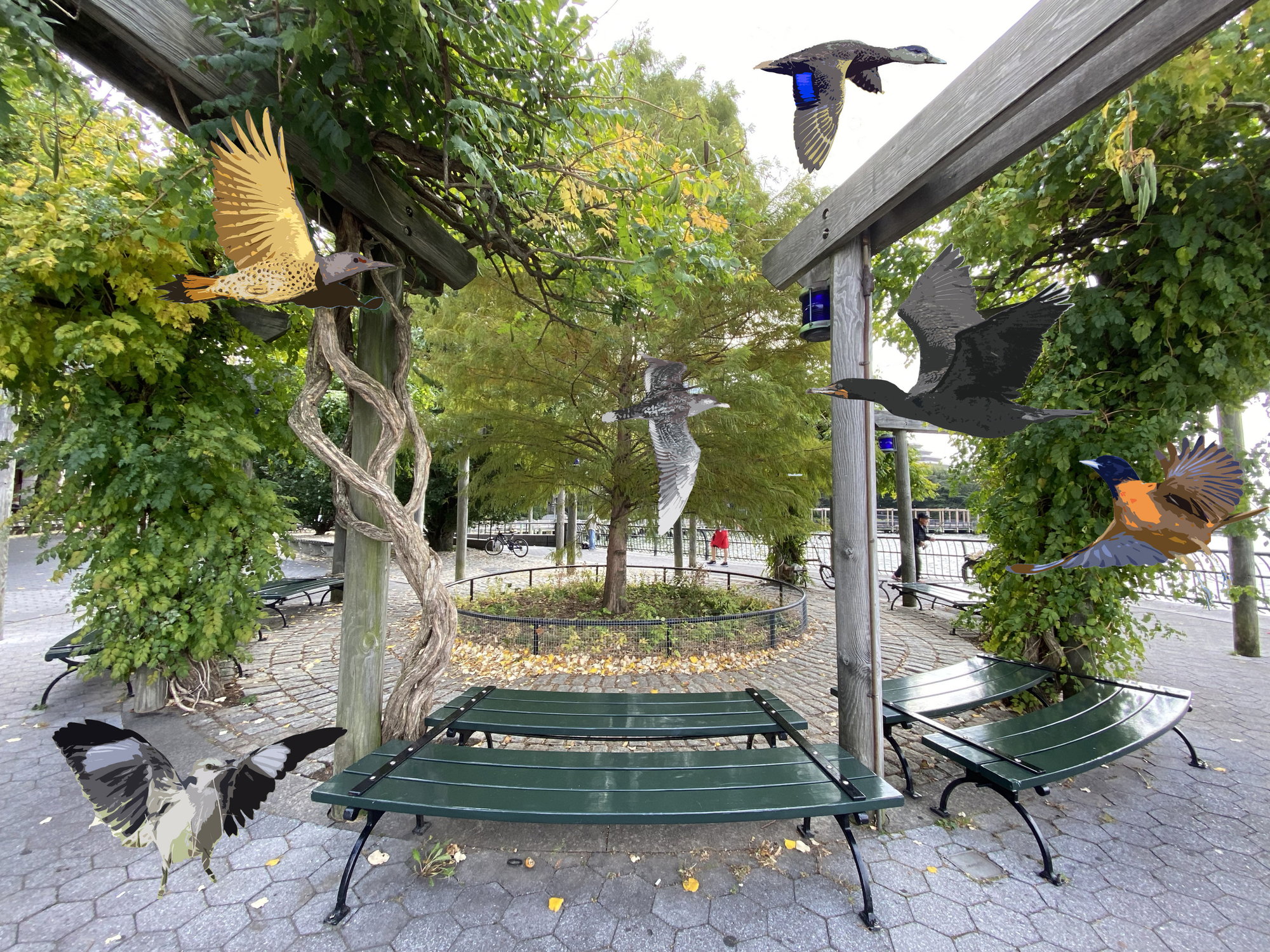 While a focus on biodiversity and sustainability is nothing new to the 92-acre park, this dynamic installation means to further cement the Battery Park City Authority’s (BPCA) commitment to both “establishing Battery Park City as a biodiversity haven and bringing [the] community temporary art installations that transform [public spaces]…and encourage social cohesion,” according to B.J. Jones, president and CEO of the BPCA. 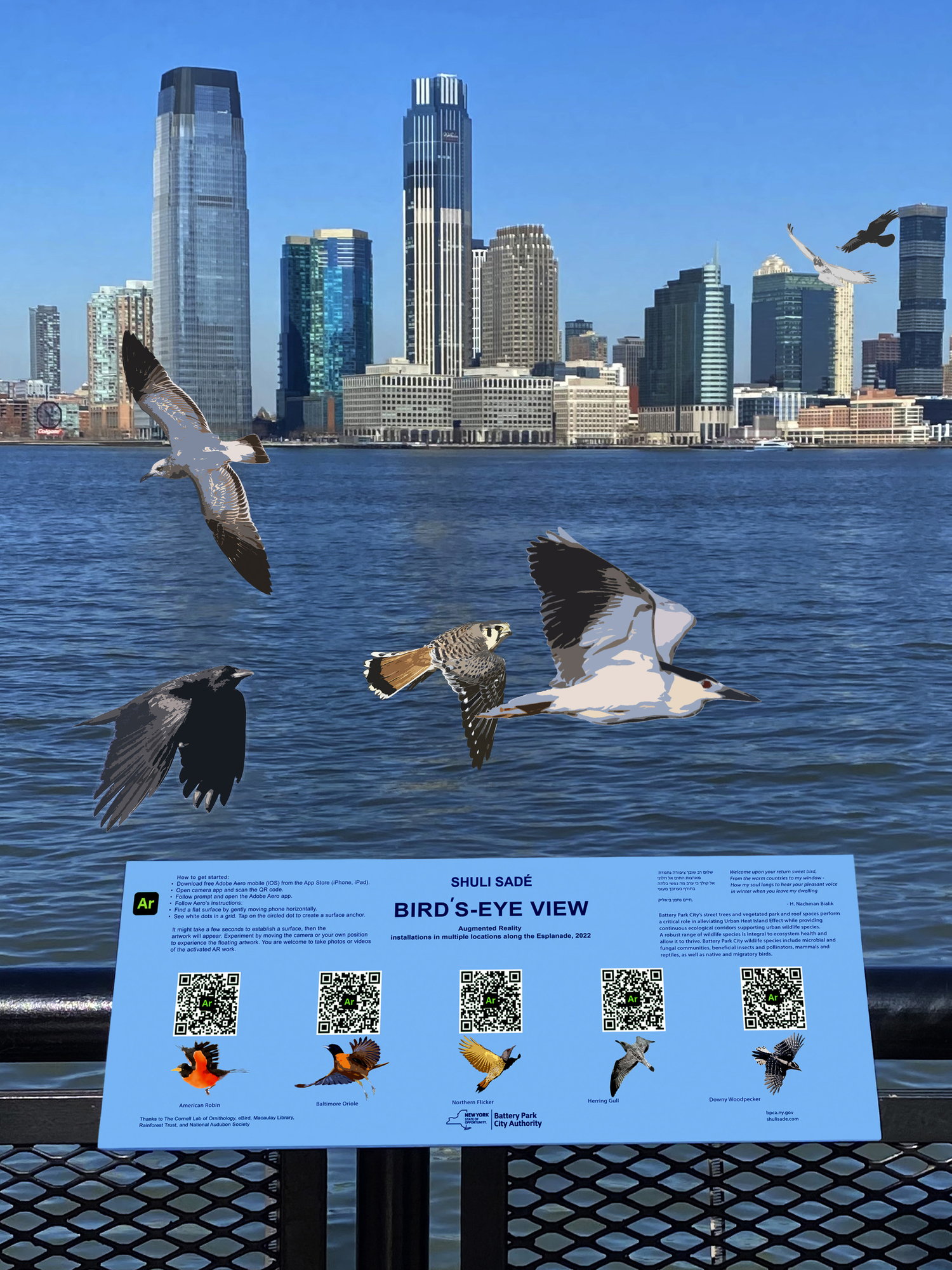 As Sadé recently explained, “One of the early goals of this artwork was to heighten our awareness of the environment in urban surroundings.” These images, sounds, and interactive displays do exactly that by connecting us to nature in a new way, blurring the lines that often exist between the virtual and the natural through art meant to educate, inspire, and promote biodiversity.