In Munich, a Hotel That Invites Guests to Move Right In

Remote work grants travellers new opportunities to turn short-term stays into extended sojourns. Now it’s time for the to catch up. Thanks to London design firm Munich’s is well ahead of the pack when it comes to catering to this new clientele. 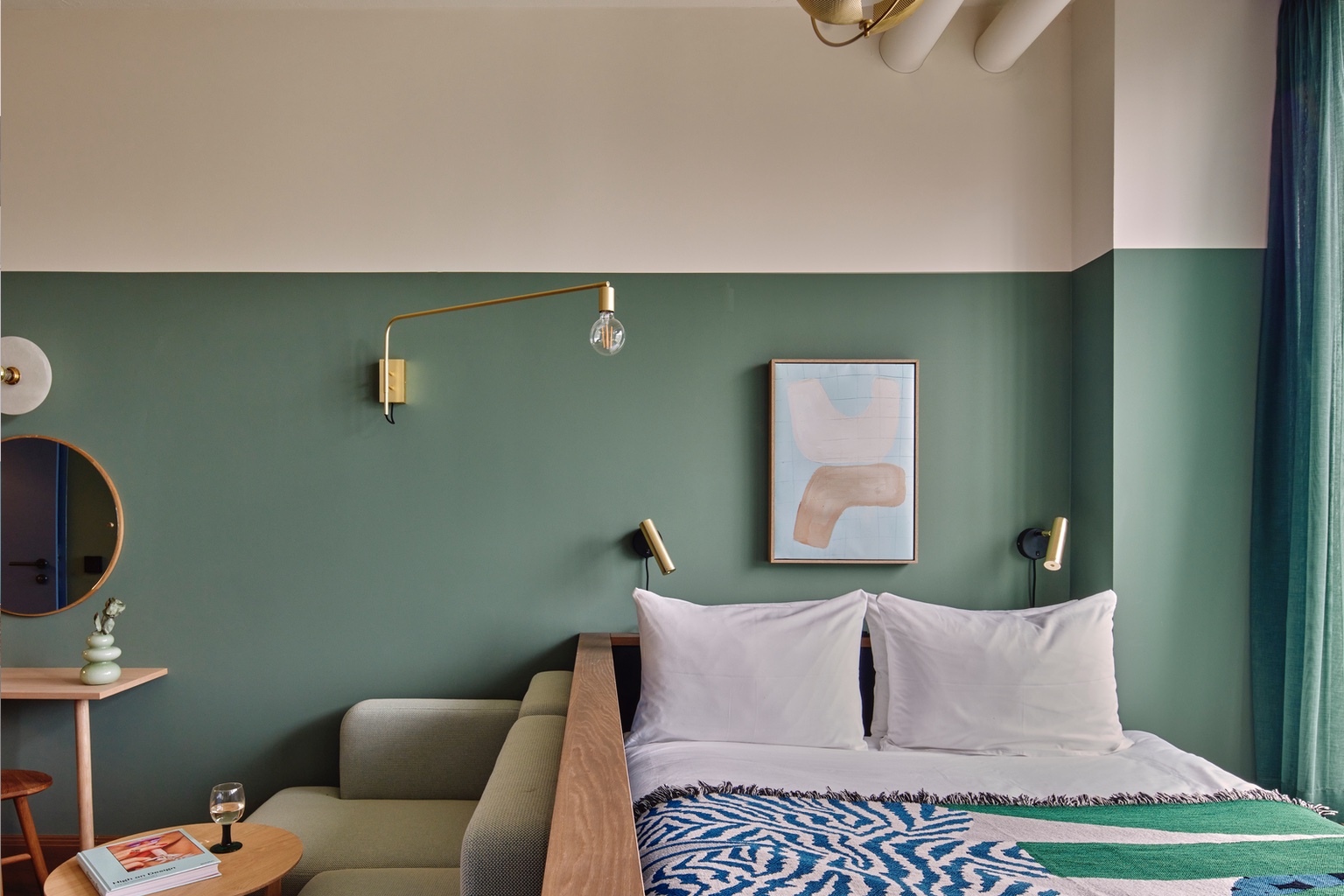 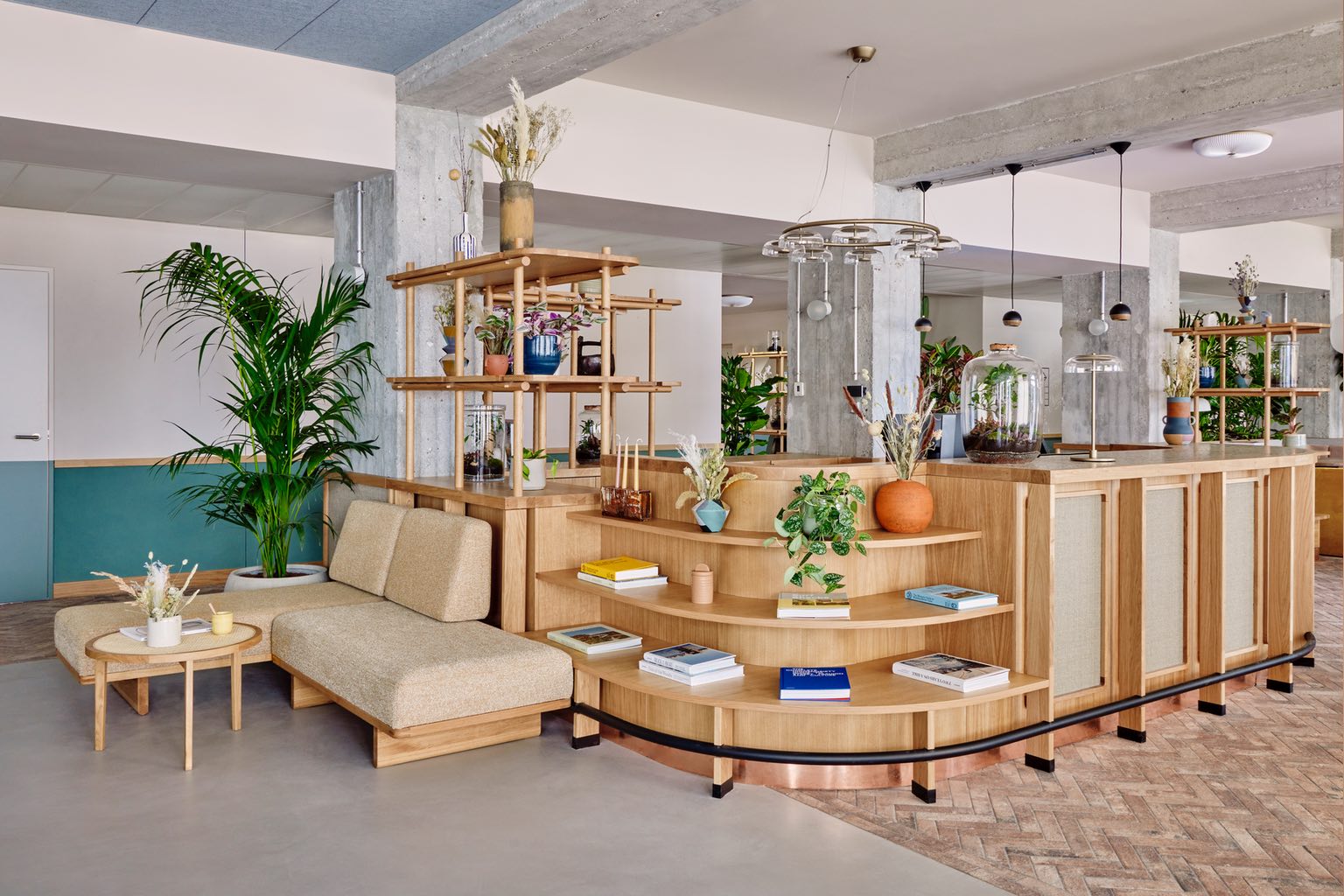 Building on the success of its early locations — including one in the London district of Bermondsey that was also designed by Holloway Li — Locke recently unveiled its latest 360-unit outpost in Munich. Set to fully open in September, the destination reimagines a former Siemens office building as a dynamic hospitality hub dubbed WunderLocke. 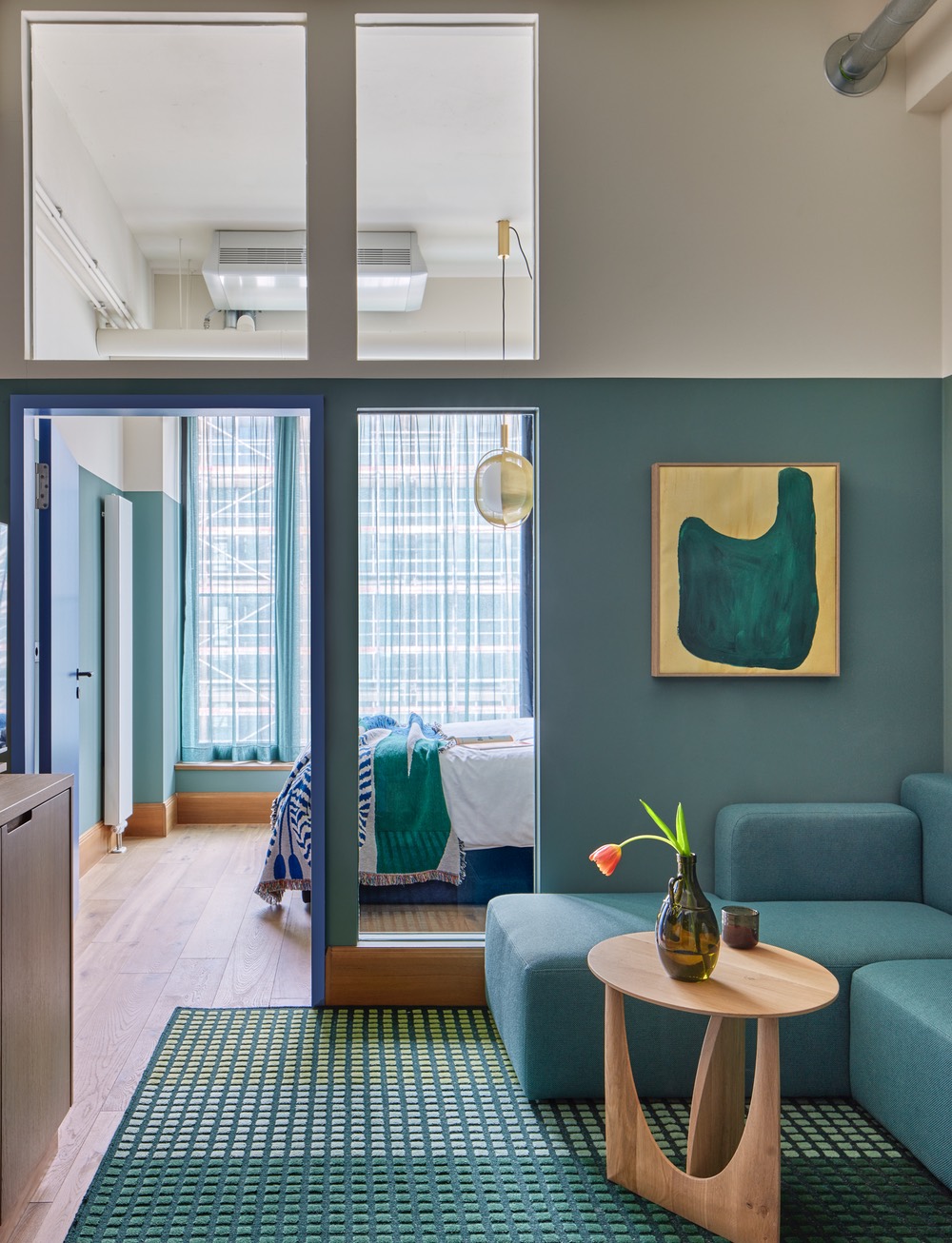 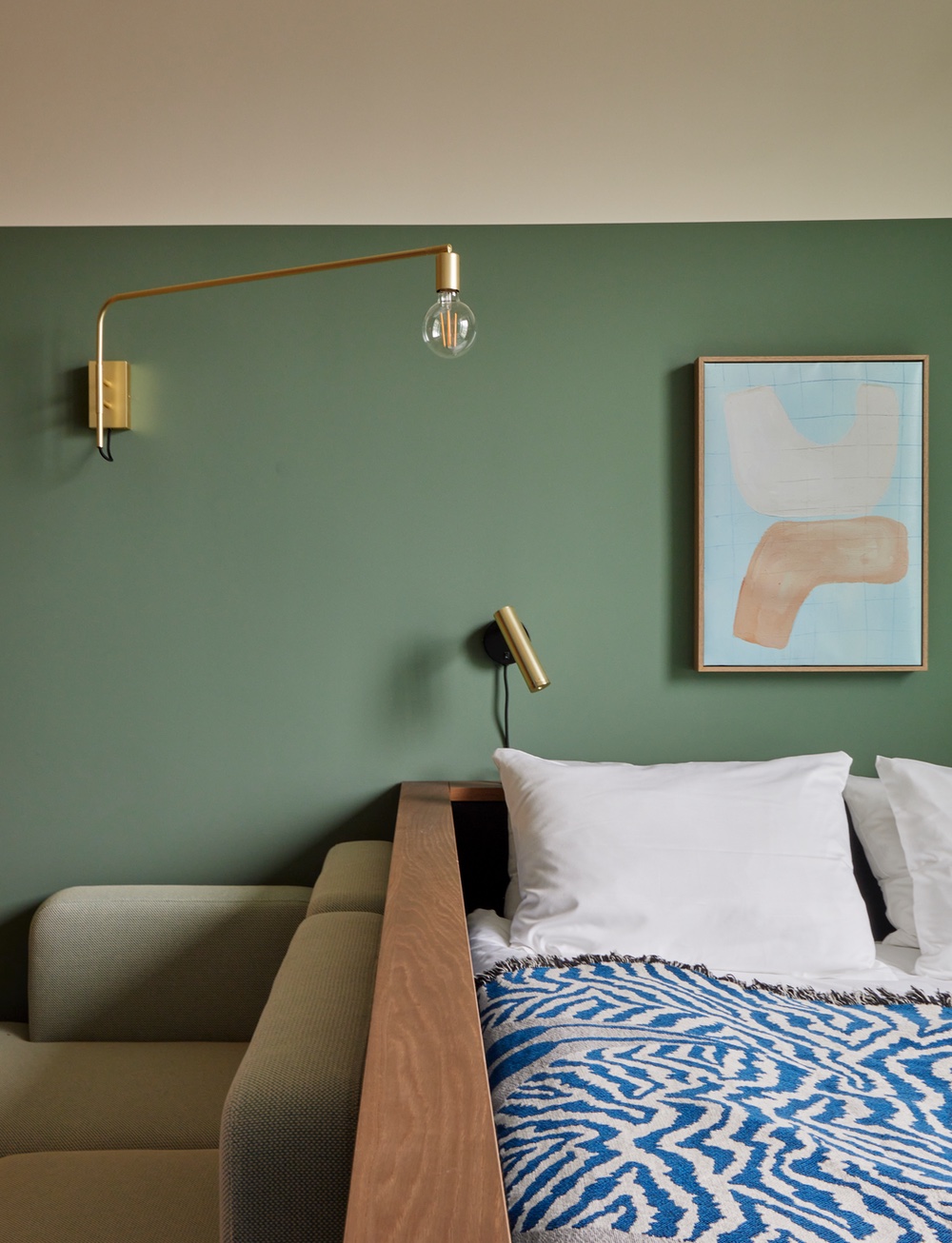 Each WunderLocke rental unit adopts rich sea tones and plush, generously proportioned furnishings to achieve a warm, inviting ambiance. But it is the property’s communal spaces that really shine. 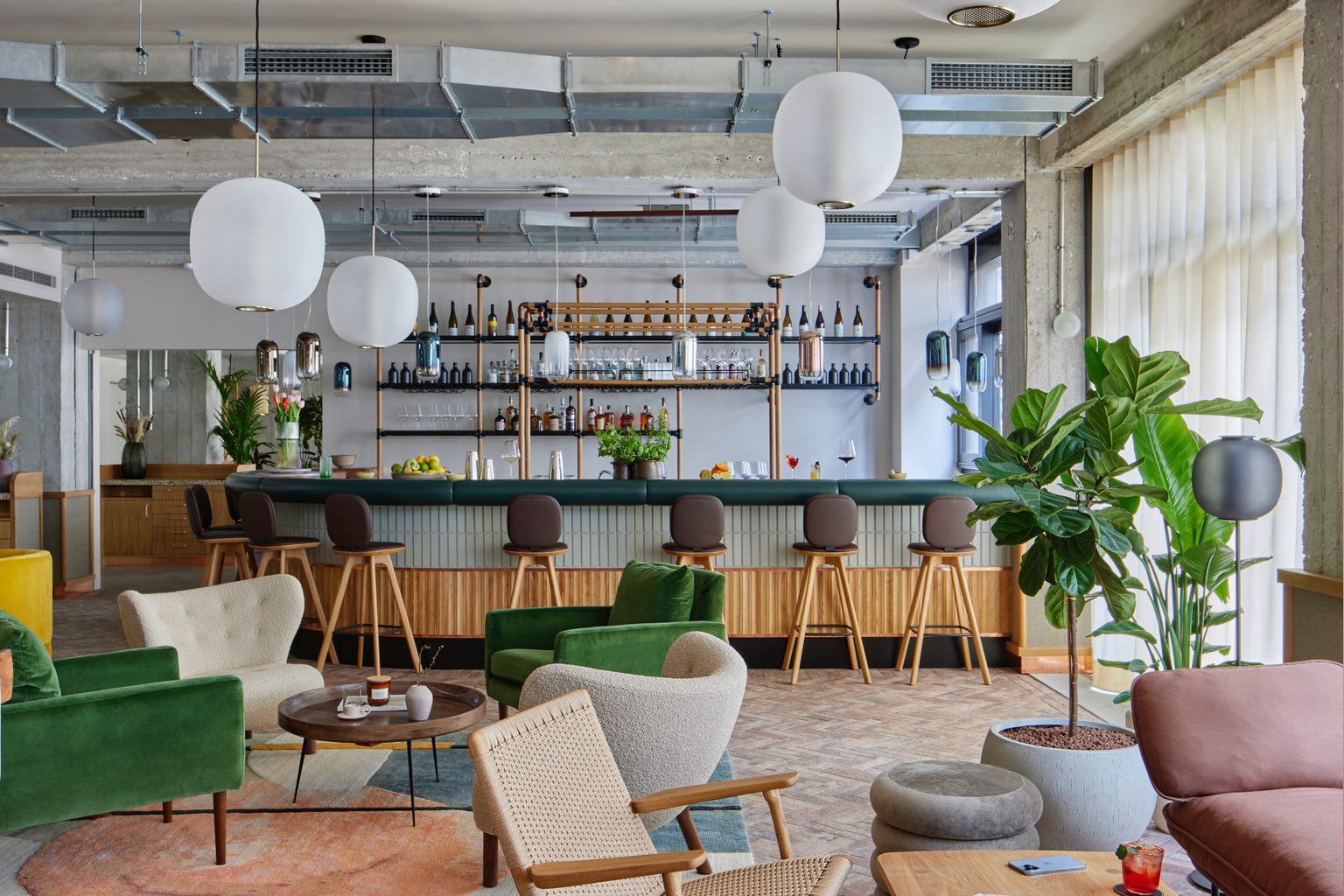 Spanning seven floors, the project incorporates no less than five food and drink destinations: an all-day restaurant, a fine dining chef’s table, a coffee shop, a wine bar and a cocktail bar. All five source seasonal vegetables from the hotel’s rooftop garden and many also double as coworking areas. 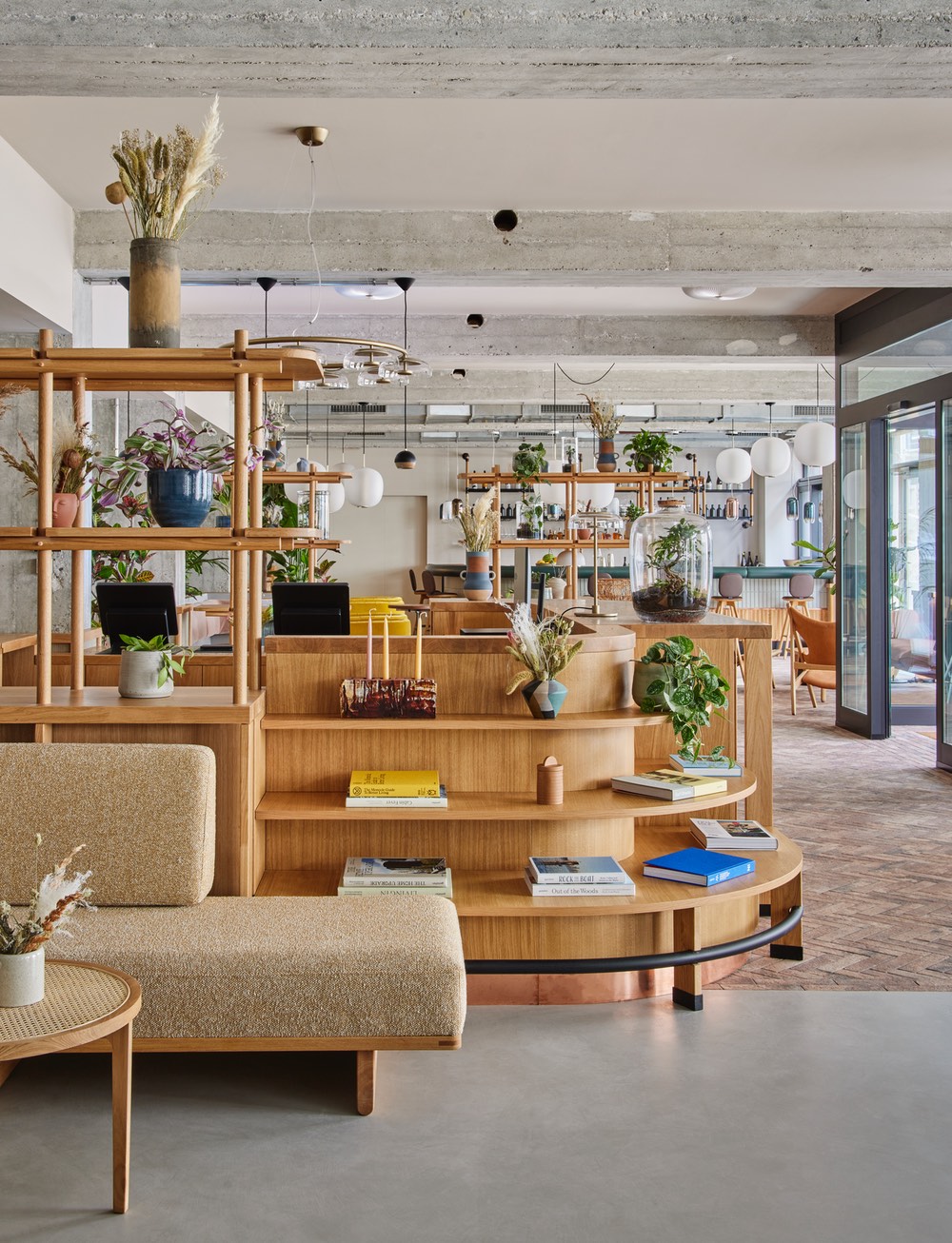 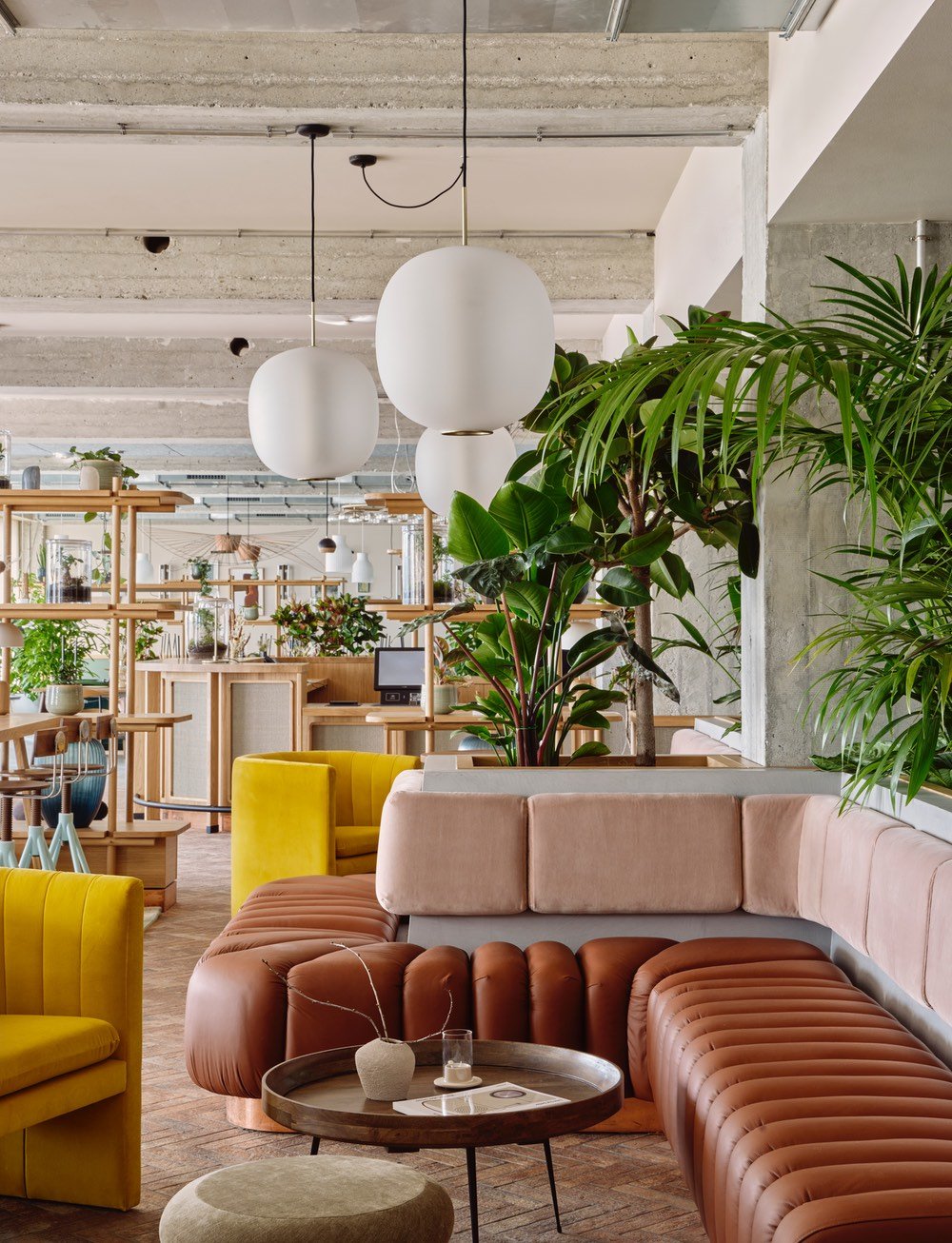 After stripping these communal rooms right down to their concrete frame, Holloway Li layered in natural finishes and bright seating to contrast the building’s industrial bones. In the lobby, for instance, a curved timber reception desk sits between lounge and bar areas divided by open bookcases and plenty of plants — a nod to the nearby Grünwald Forest. 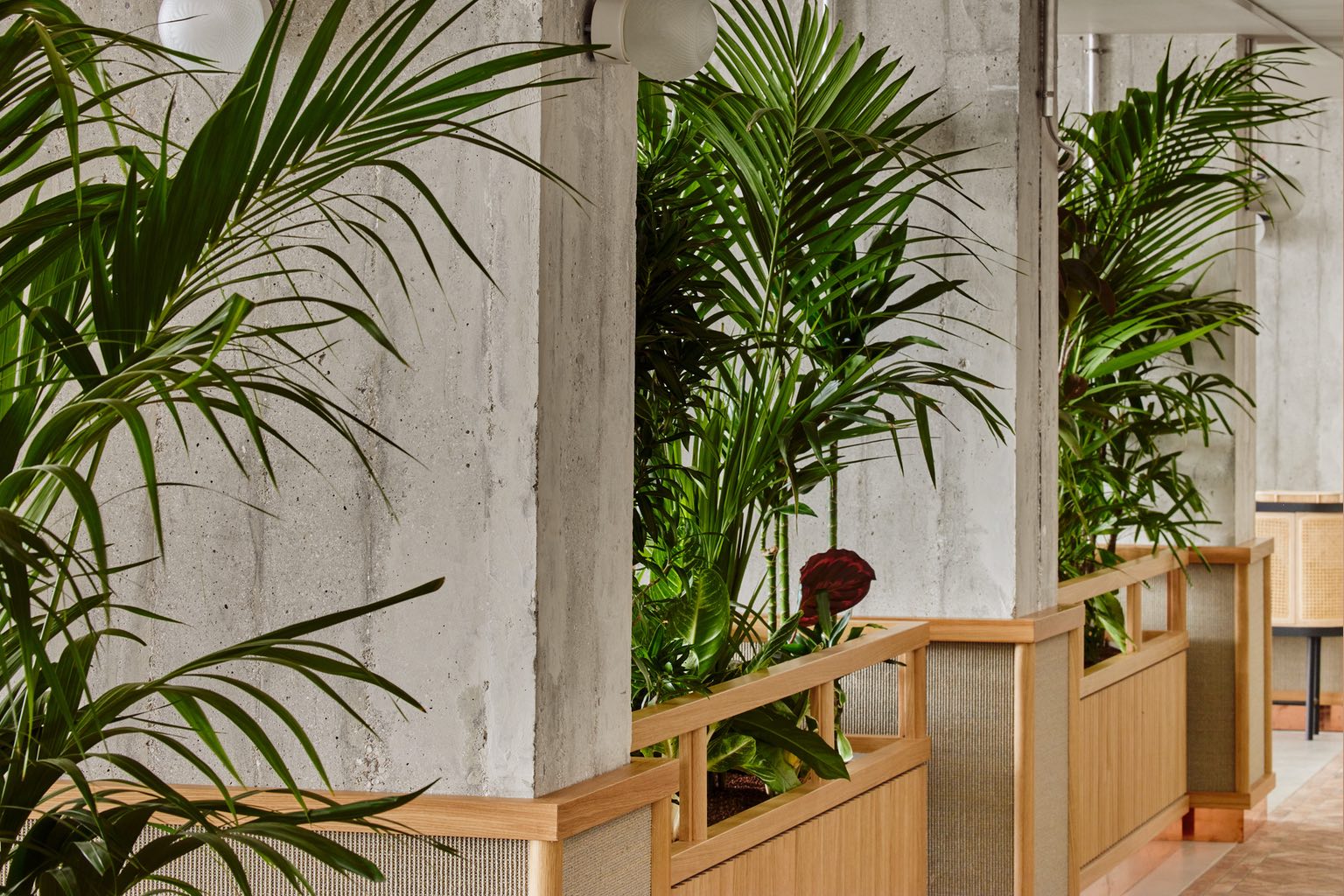 WunderLocke’s bare concrete is another nod to the rich history of the surrounding urban landscape. Inspired by the “Innerer Klang” philosophy by artist Vasily Kandinsky — who lived in Munich while painting some of his memorable abstract compositions — the design team set out to prioritize the industrial building’s “inner voice” and avoid any significant structural alterations. 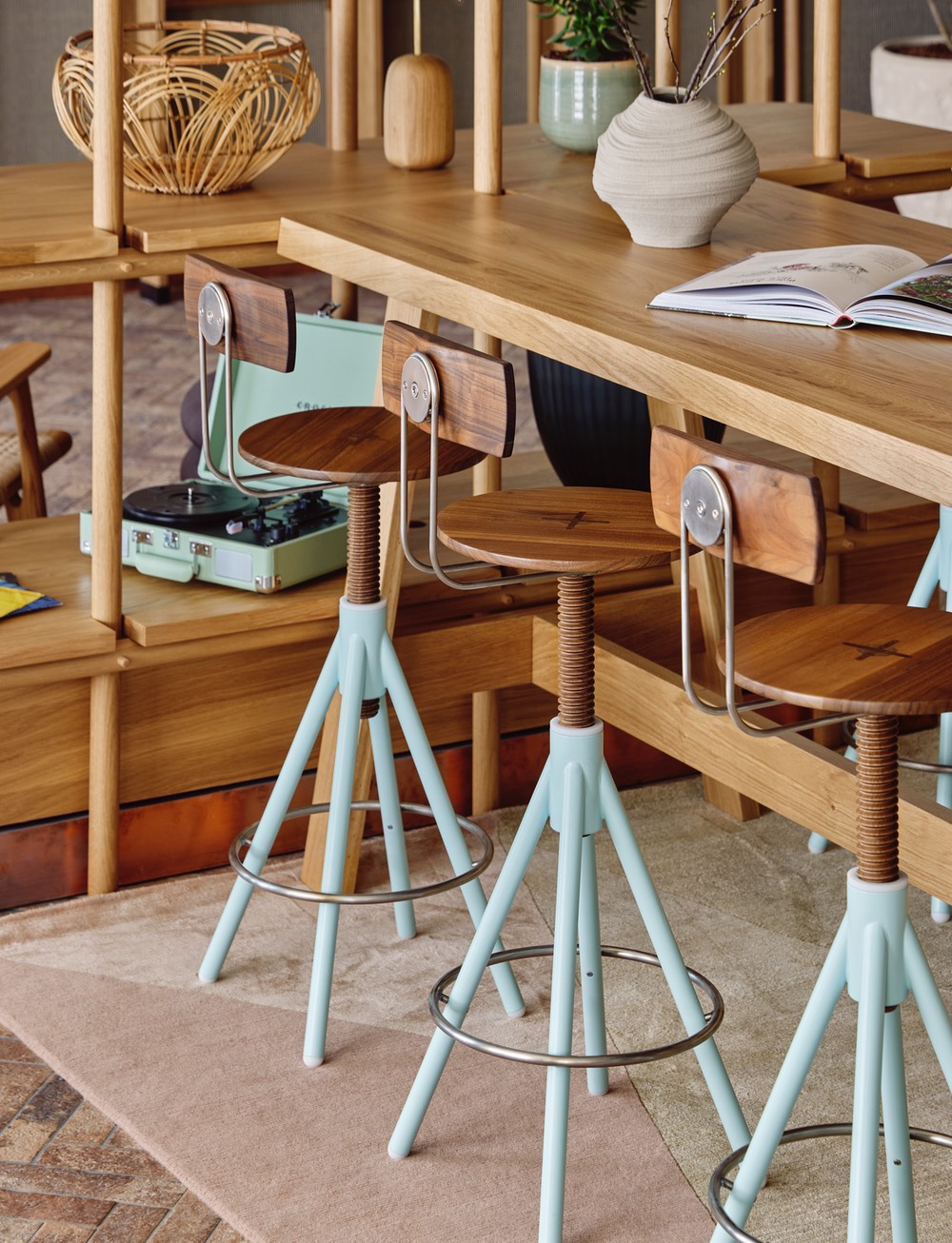 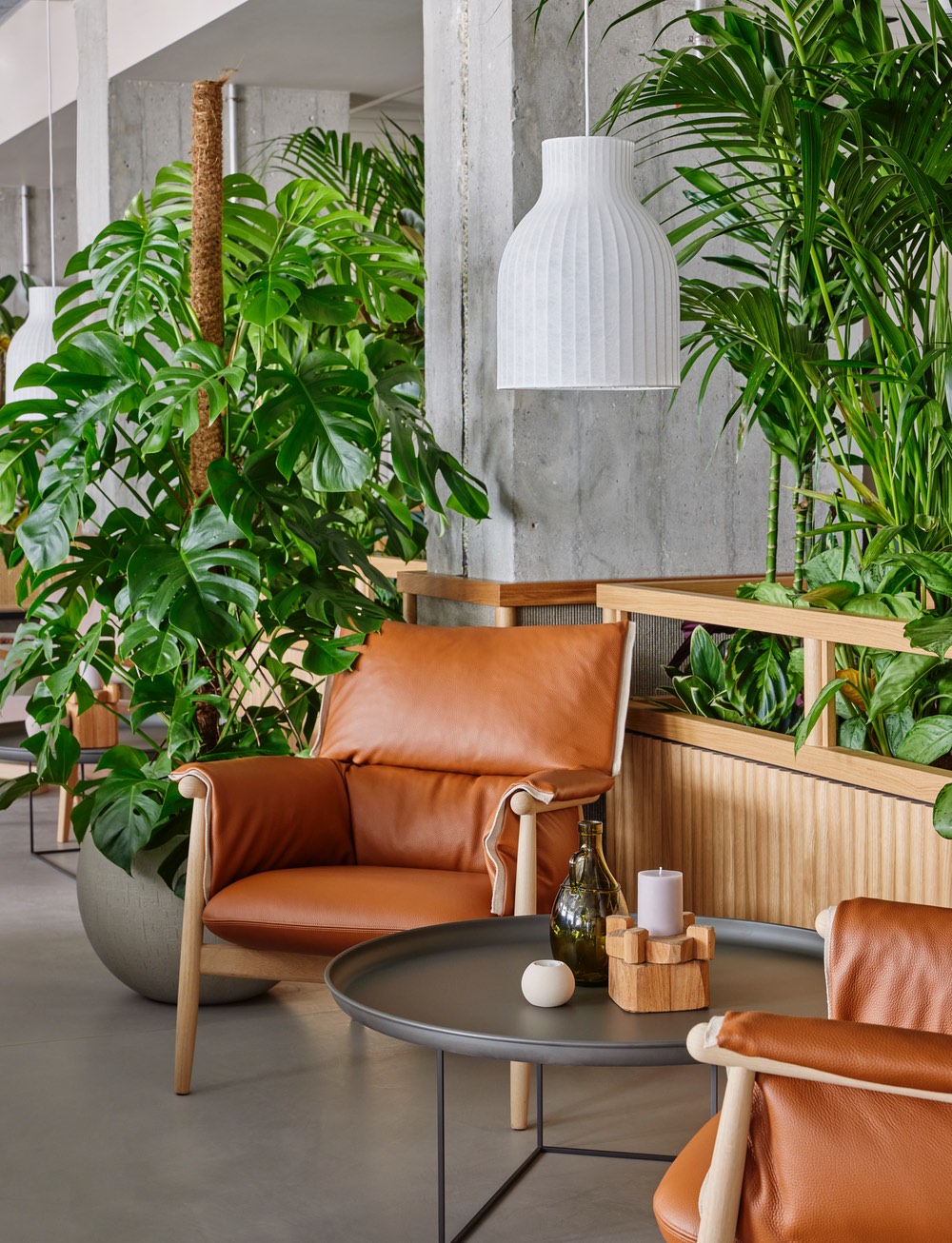 Instead, by focusing on flexible furnishings like pieces from Co-ordination’s Thread collection, Holloway Li allows for easy spatial reconfigurations down the road. 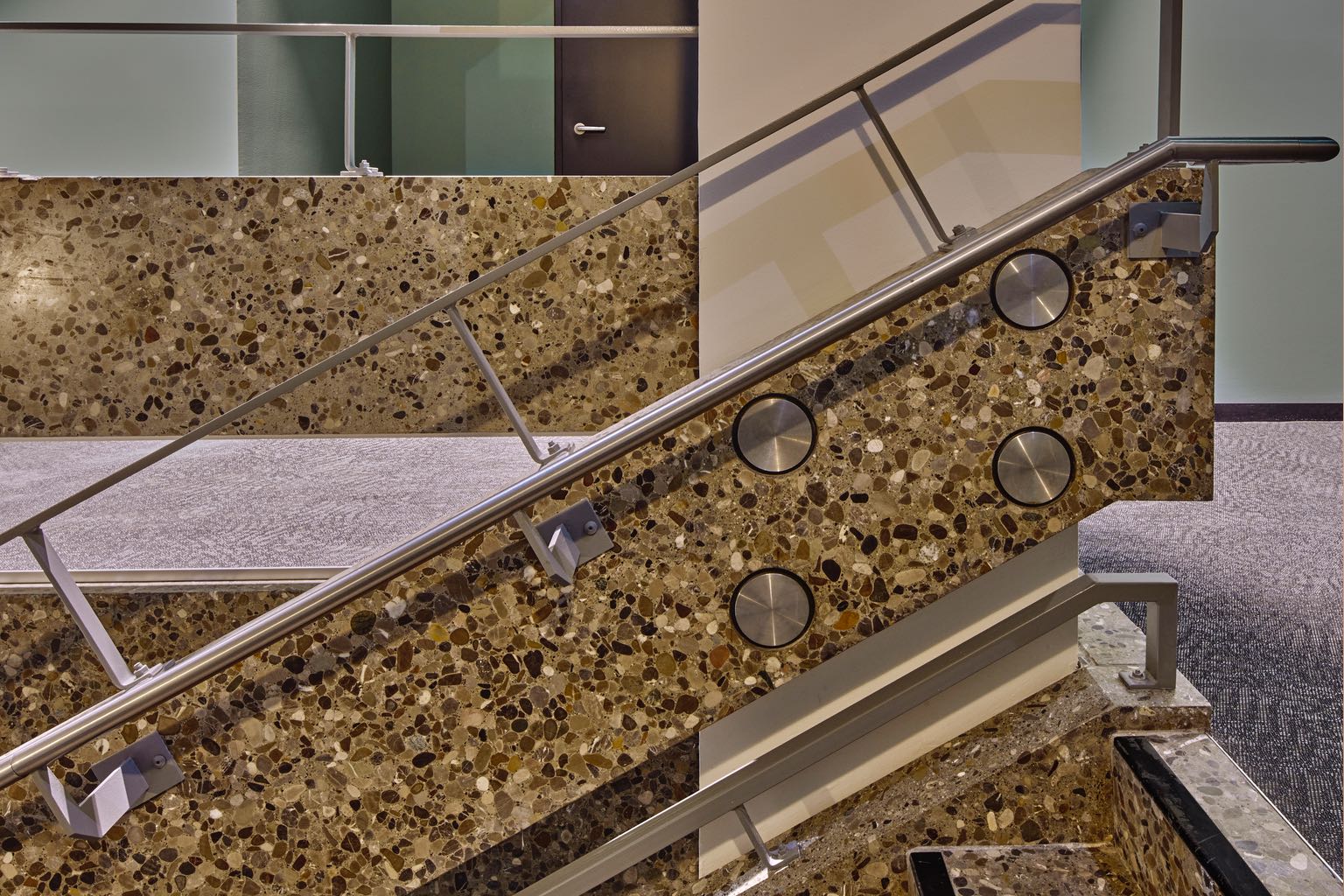 The design firm’s efforts to stay true to the building’s original character also led them to restore a key historic detail: a 1960s terrazzo staircase, which was updated to meet modern code requirements and equipped with a new stainless steel handrail. 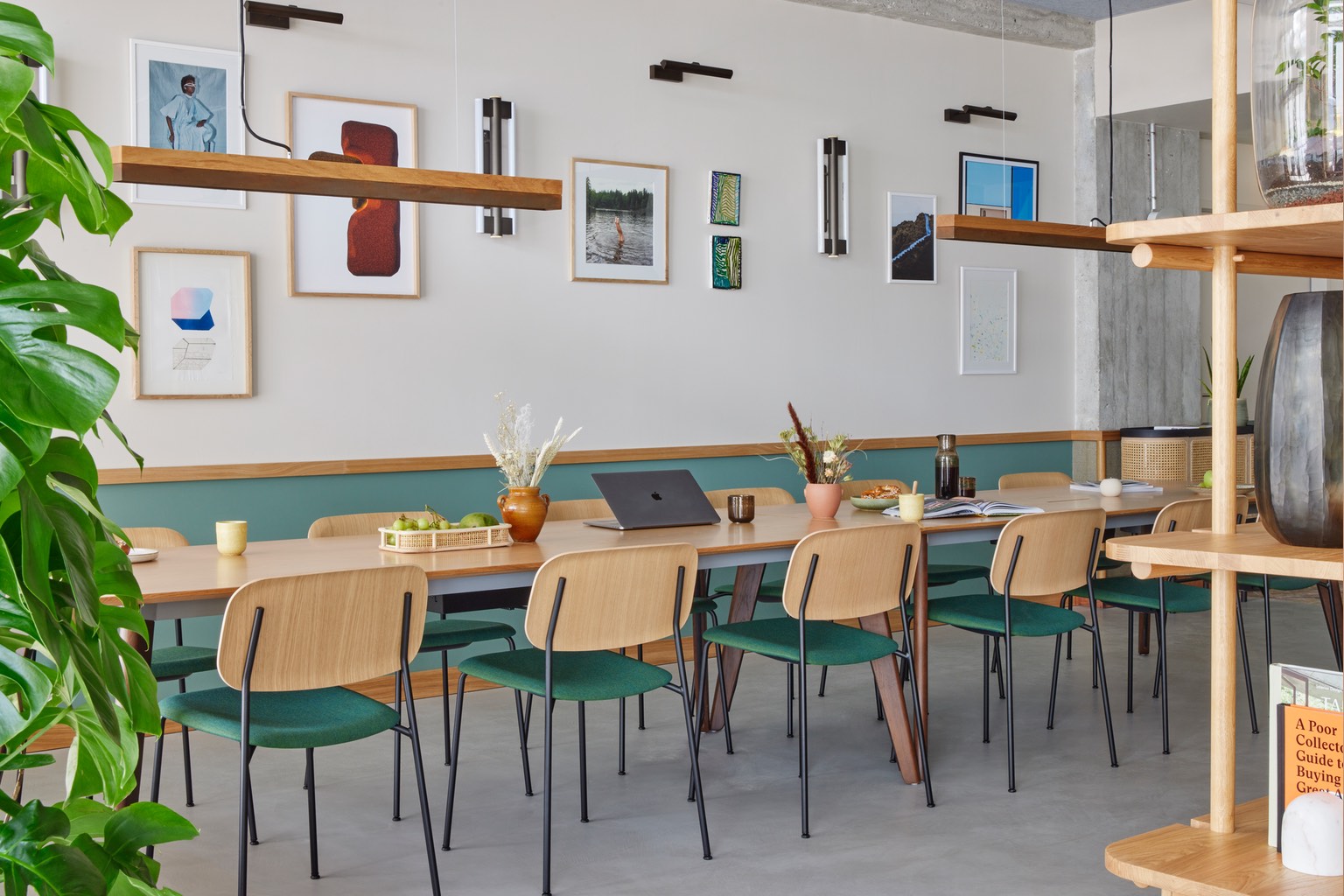 With large work tables and plenty of comfortable reading chairs that lend themselves perfectly to remote work — or just to planning the day’s vacation itinerary — Holloway Li has effectively reimagined a former office as a hybrid work-lifestyle destination. Perhaps future offices could learn a thing or two from WunderLocke as well.