In Portugal, a Series of Concrete Cabins Becomes One with the Landscape

The summer of 2022 has been coined the season of “.” With nearly all pandemic restrictions now lifted, an unprecedented surge of demand has seen tourists flocking to Europe in droves. But while many high-profile destinations have been inundated with bookings, there’s also plenty to explore off the beaten path. , recently opened in Arouca, Portugal is a case in point: Its 11 pre-fab concrete cabins are located in close proximity to nature trails, the Arouca Monastery and local cuisine. The accommodations themselves, designed by Porto-based firm , are also a sight to behold. 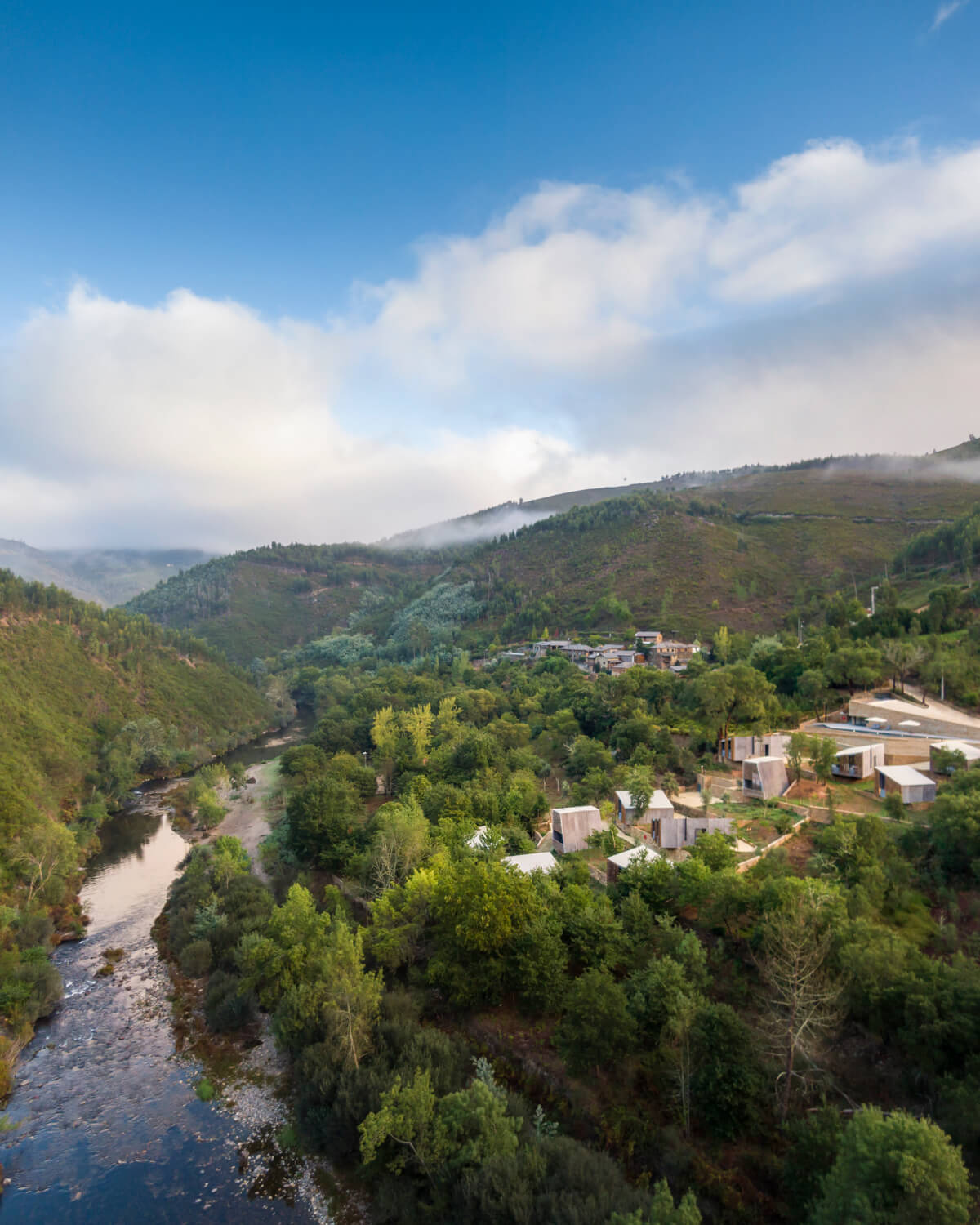 The property — a former agricultural plot — was purchased by a private investor for its unique landscape and connection to the Paiva river. Characteristic of northern Portugal, the land had been graded as a series of terraces surrounded by stone walls. In order to preserve the site’s history, these walls were restored and integrated into the design, supporting the cabins and forming new pedestrian routes throughout the complex. 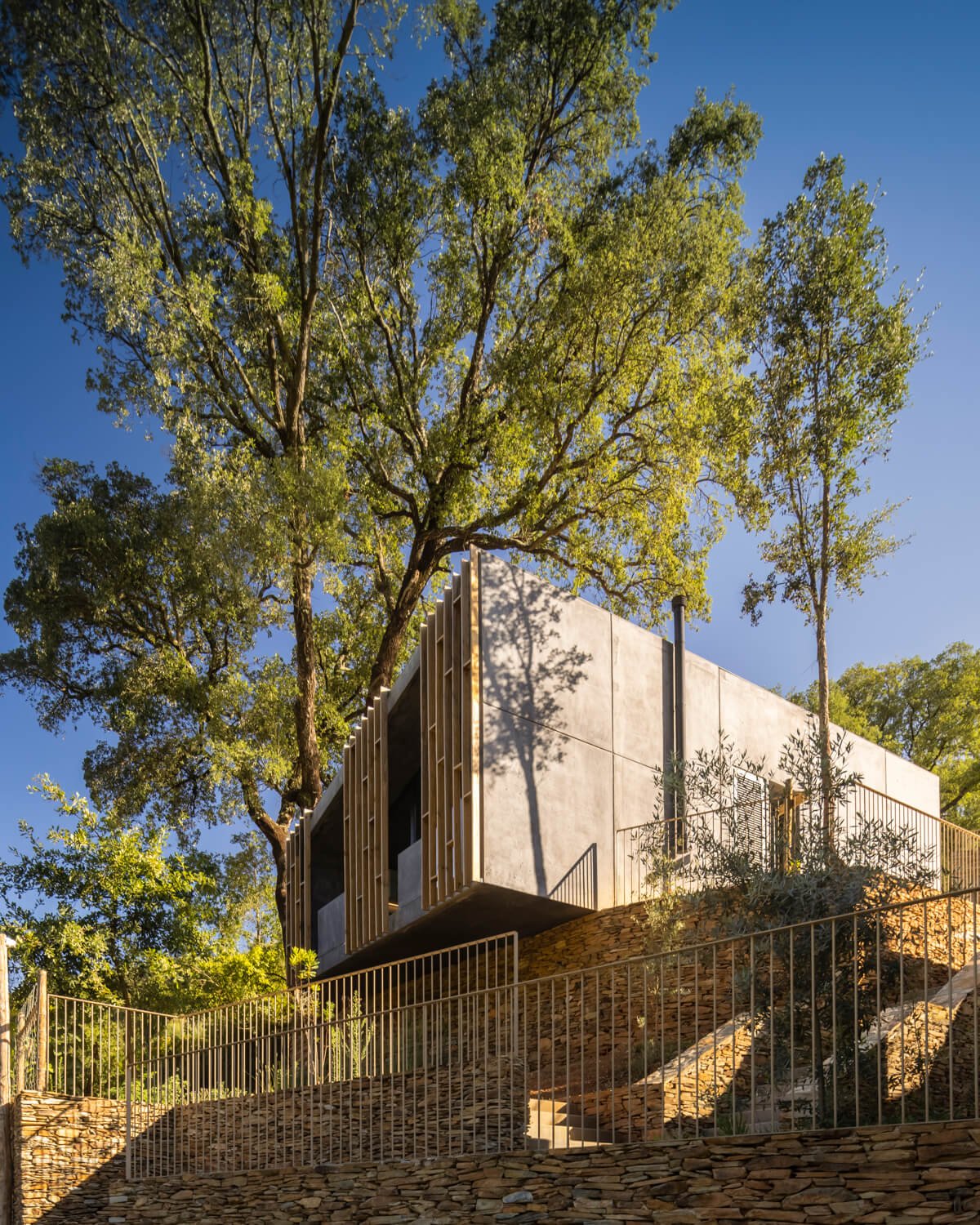 The mountainous terrain and remote location posed several challenges for the architects. Realizing that a traditional building would be both costly and labour-intensive to erect, they opted for pre-fab construction built primarily off-site and assembled in-situ — a method the team was already familiar with. 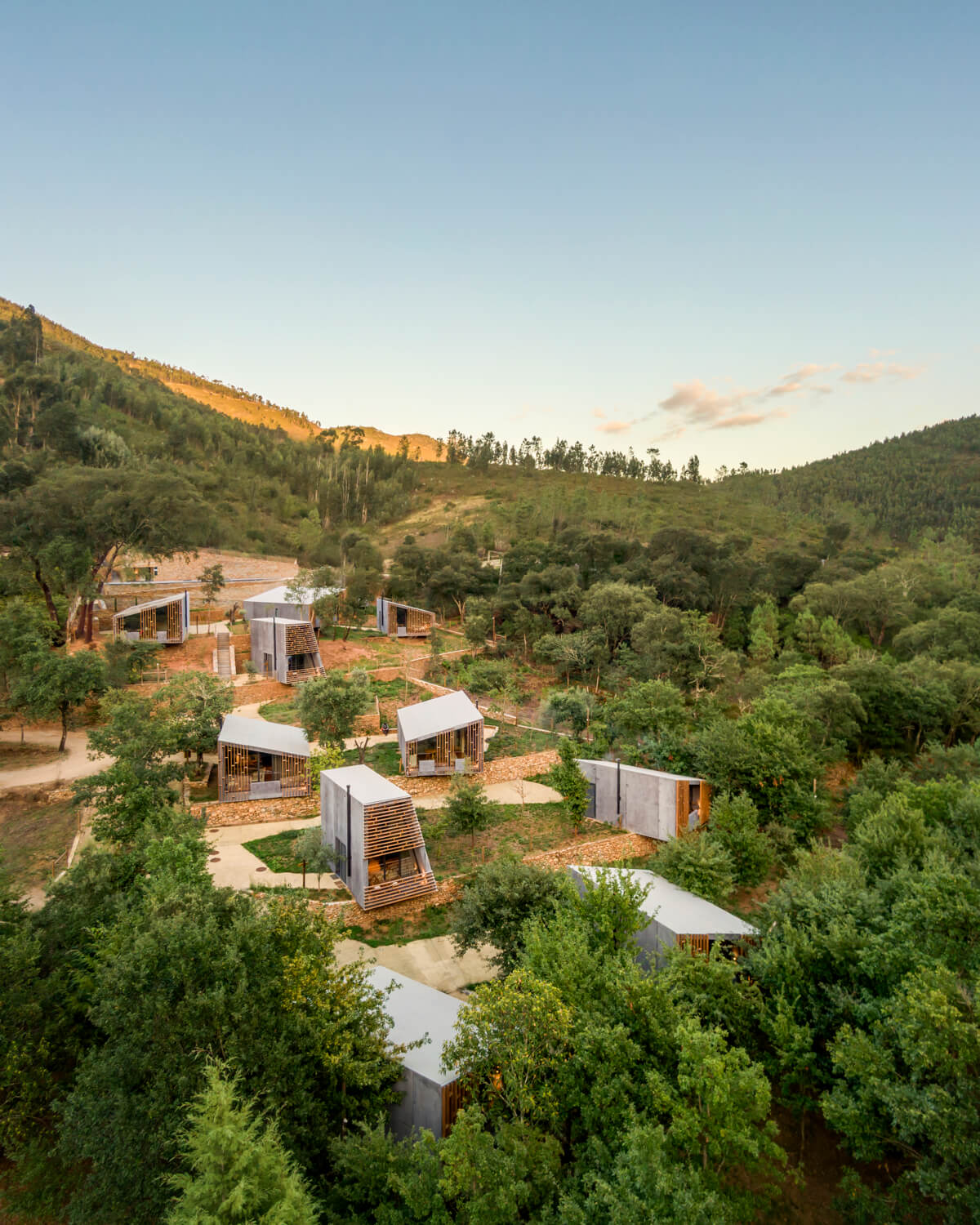 The firm invented the GOMOS modular building system in 2015 (and won an AZ Award for a that employed it in 2020). Based on the idea of creating a “building with slices,” the quick-assembly system is easily transported and comes ready with interior and exterior finishes, thermal insulation, water and electricity installed. 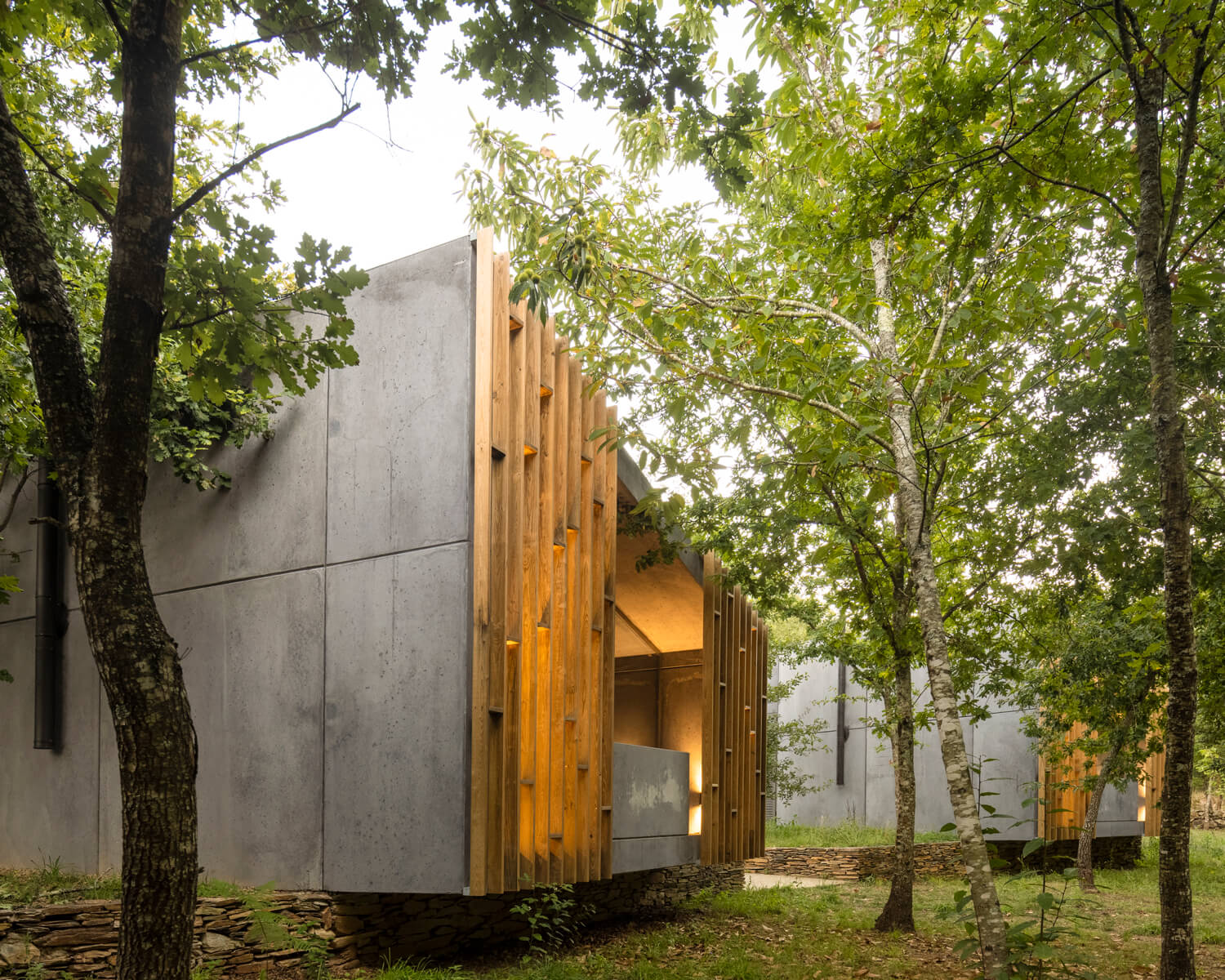 Though the client had initially asked for traditional hotel rooms, SUMMARY instead proposed individual housing units that would allow the site to be used year-round, rather than just for tourism during the peak vacation season. The versatile GOMOS system enabled the architects to design four different configurations — one and two bedrooms, single and two-storey — that range from 28 to 58 square metres. For ease of assembly, water, electricity and climate control were located centrally in one module and extended to the others externally. 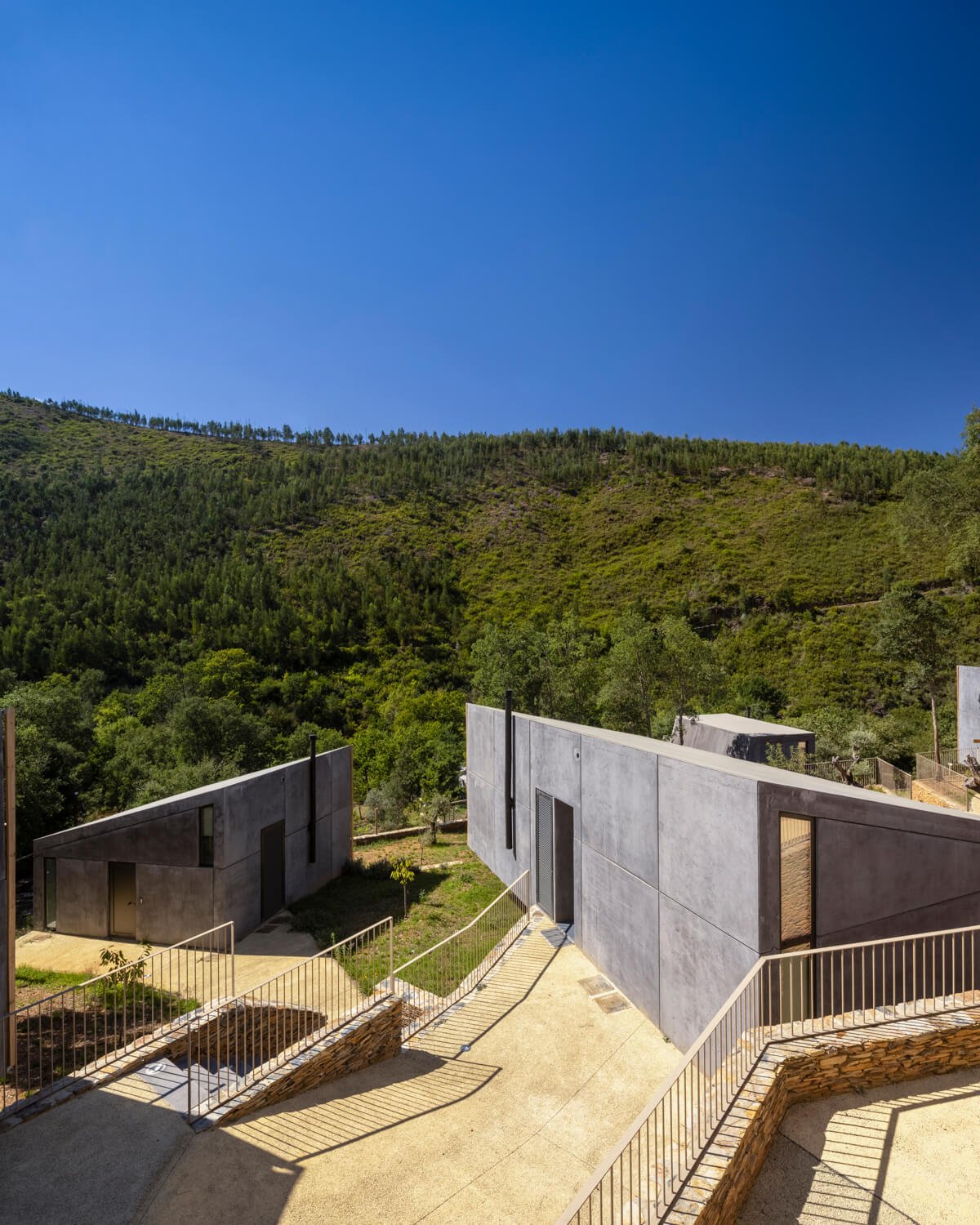 The angular roof, which has become somewhat of a design signature for the firm, recalls the archetypical form of a house adapted for a more contemporary aesthetic. This sense of home was important to balance the industrial feel of the concrete complex, the architects explain. 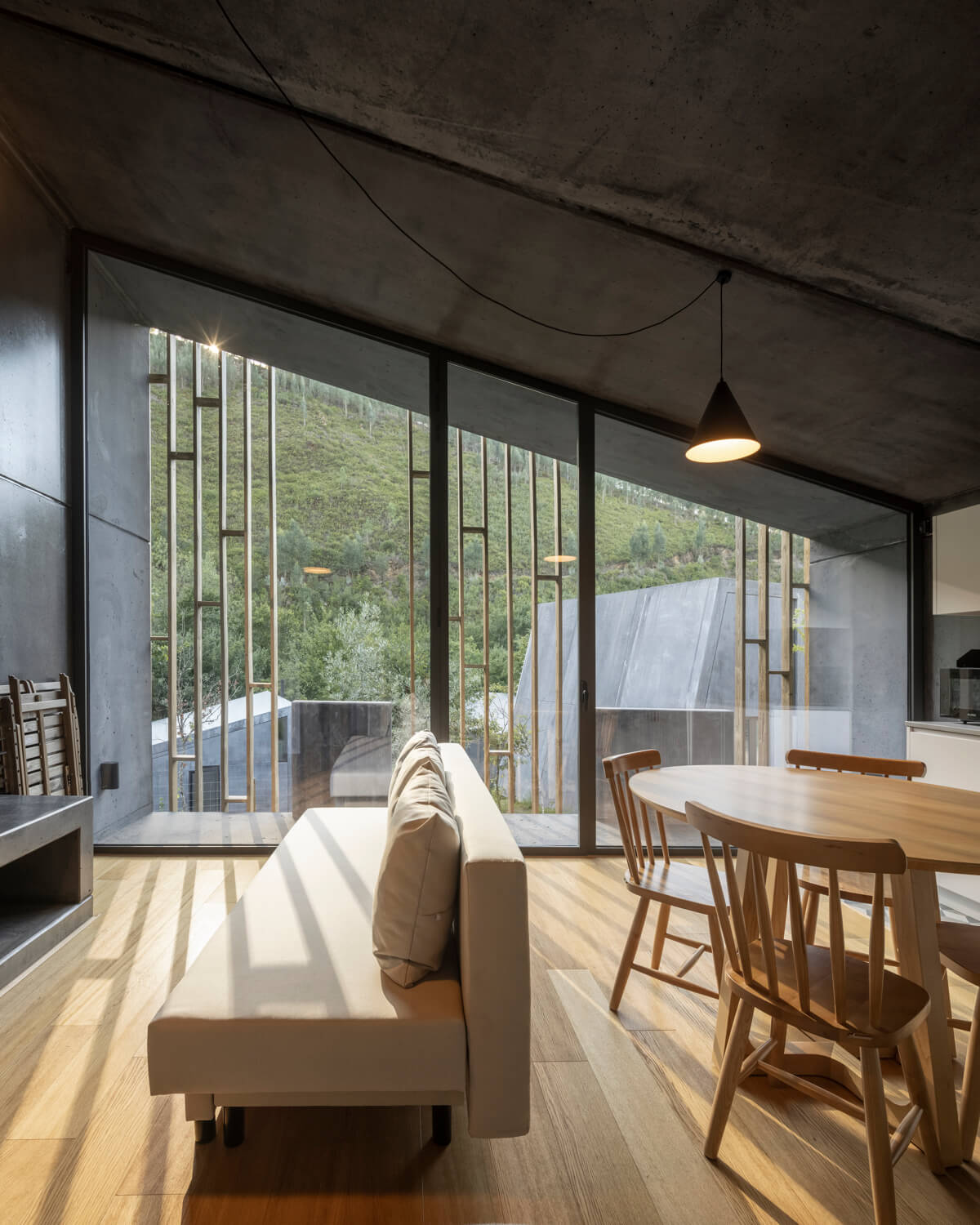 The exposed structure — both a design preference and a cost-saving measure — brings the industrial vibe indoors, while a sleek fireplace imparts a sense of coziness. The simplicity of the minimalist interior, outfitted with products from Portuguese brands, offers a meditative refuge amongst the trees. Vertical wooden slats along the recessed balcony add a layer of privacy, shading the interior spaces while also evoking the warmth expected of a traditional cabin. 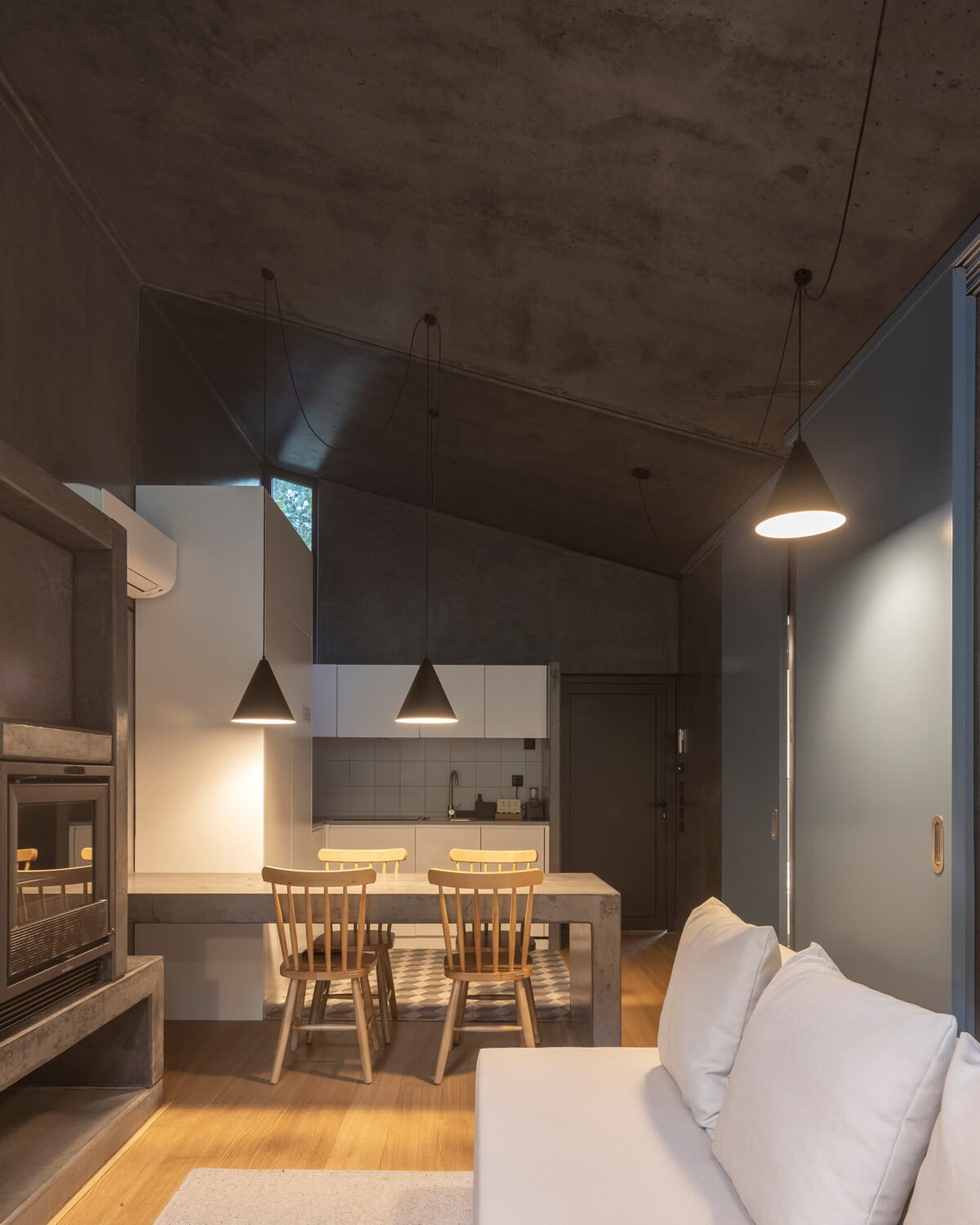 Though each cabin’s placement may appear to be random, their sites were strategically selected so as to alter the terrain as little as possible. Their varying orientations allow for maximum privacy, and ensure uninterrupted views of the landscape. Common areas, including an angular swimming pool and barbecue area, can be found found throughout the property. 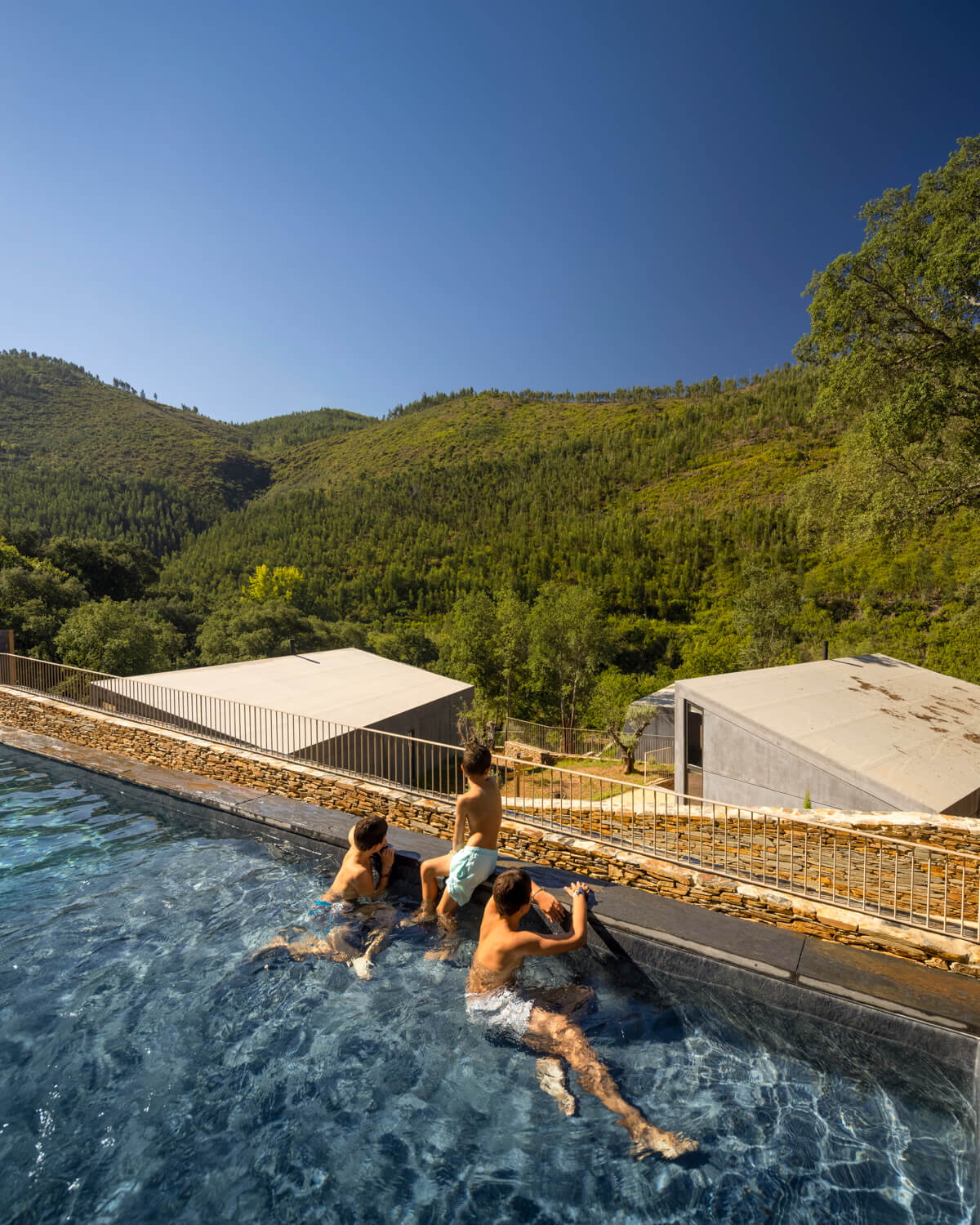 Sustainability is one of the Syntony Hotel Paradinha’s core values and this is reflected in the design. So as not to disrupt the surrounding forest, every effort was made to retain the existing trees, placing the cabins around them where possible. The architects also sourced local materials and reused existing materials found on site. The hotel even provides EV charging stations to reduce the environmental impact of travel to its remote location. Not to mention, the efficiency of pre-fab construction allowed the team to save on materials and other resources. 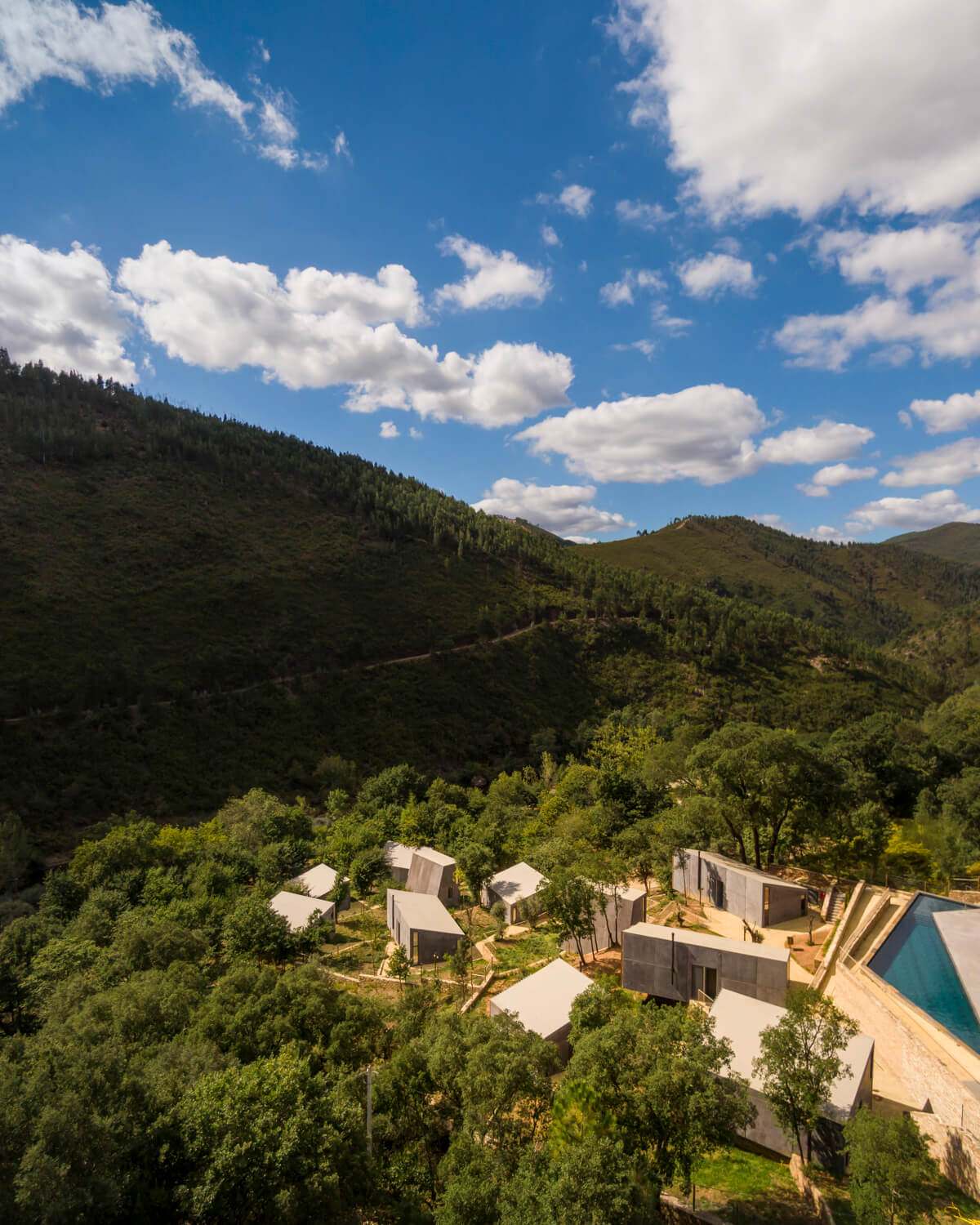 While SUMMARY was able to impart its pre-fab expertise to the project, the cabins also served as an opportunity to test the limits of the GOMOS system, both in the number of modules and placement, helping the firm to refine and adapt the method for future applications. And if the firm’s portfolio is any indication, the possibilities for pre-fab construction are nearly endless. 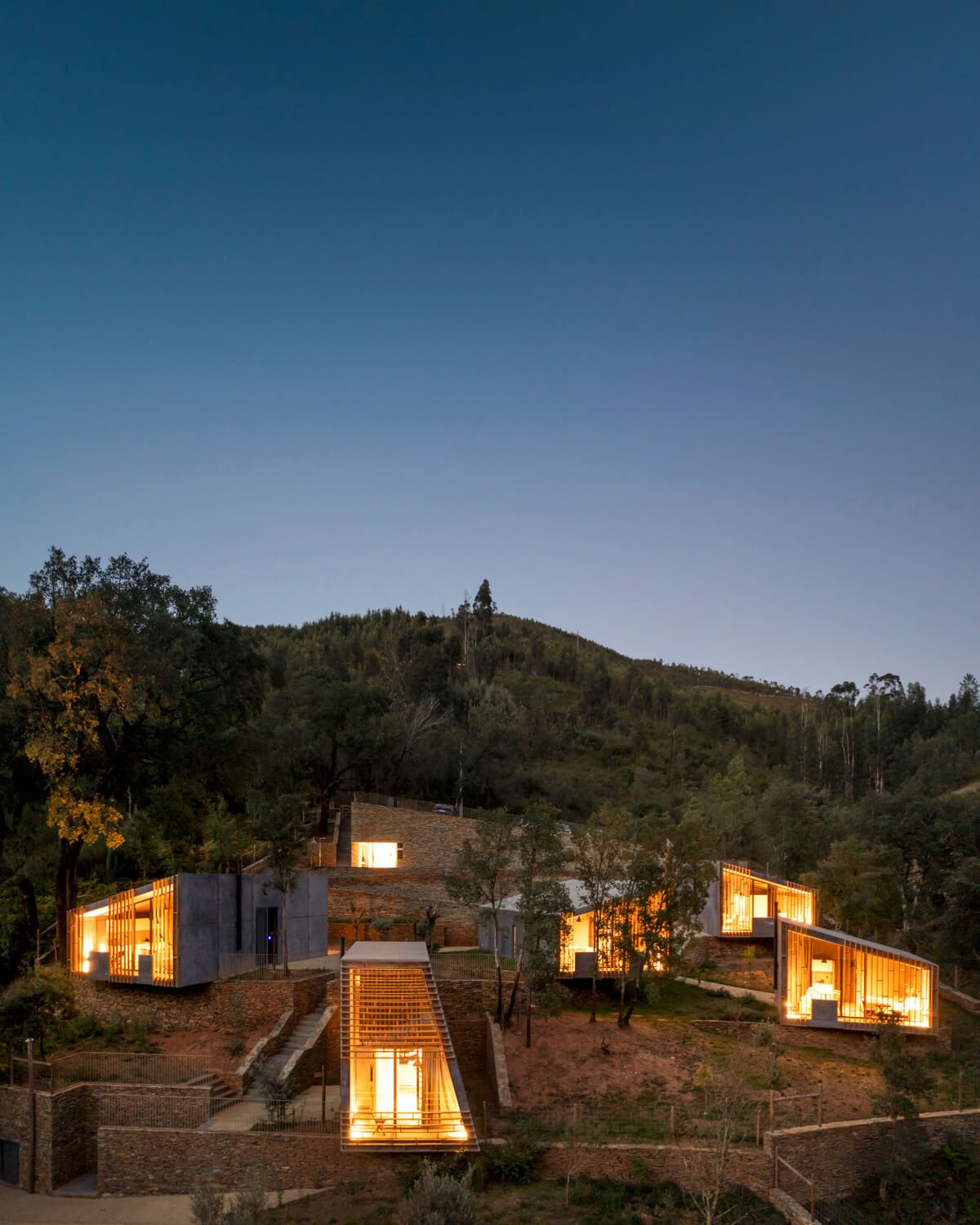