A plug-and-play home energy storage system is capturing the attention of thousands of consumers with its recent . Officially ending November 20th, the SuperBase V by Silicon Valley-based charging technology company has racked up over $5 million. The company’s advanced energy storage boxes are versatile and strong enough to power an entire house, and portable enough to take care of energy needs on the go. 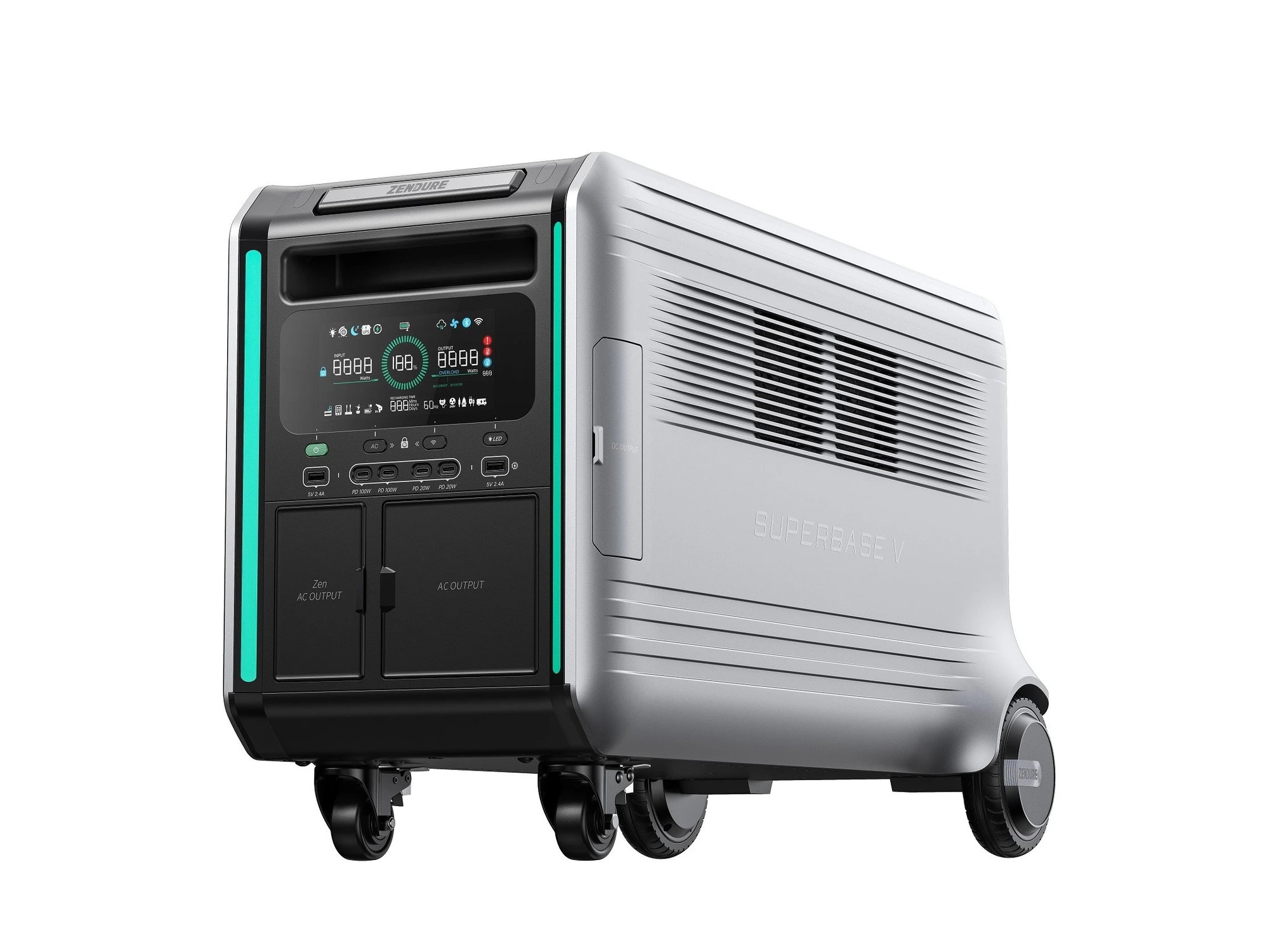 The SuperBase V claims to be the first home energy storage system using semi-solid state batteries. Offering 228 Watt hours per kilogram (Wh/kg), they provide up to 42 percent more energy per pound than a traditional lithium-iron phosphate battery. Zendure says that customers who use their battery management software can expect the SuperBase V internal battery to last for at least 10 years. 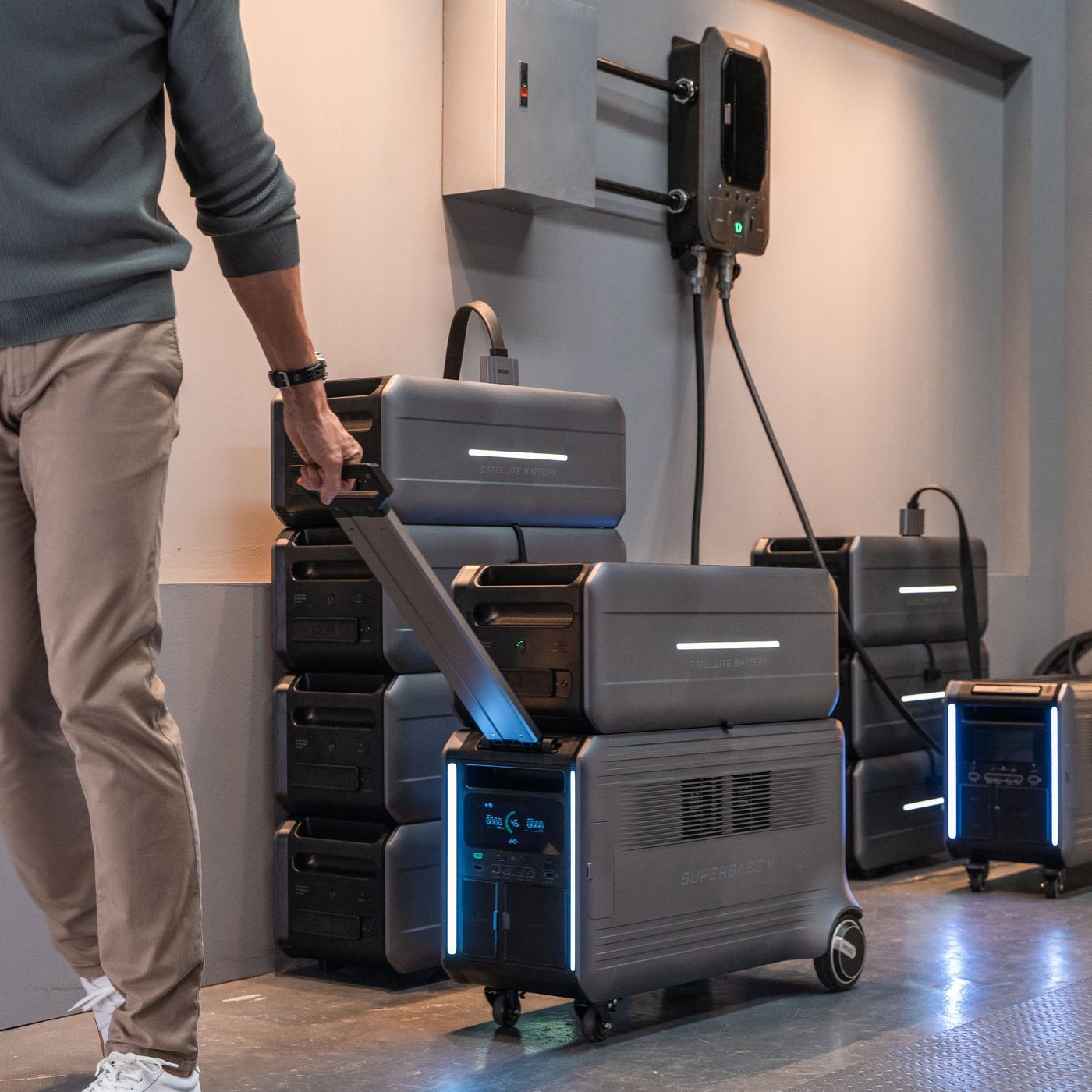 “Semi-solid state batteries also pose less of a safety risk if damaged, which is critical for home energy management,” the company says. “The extra capacity is ideal for long-term outages.” 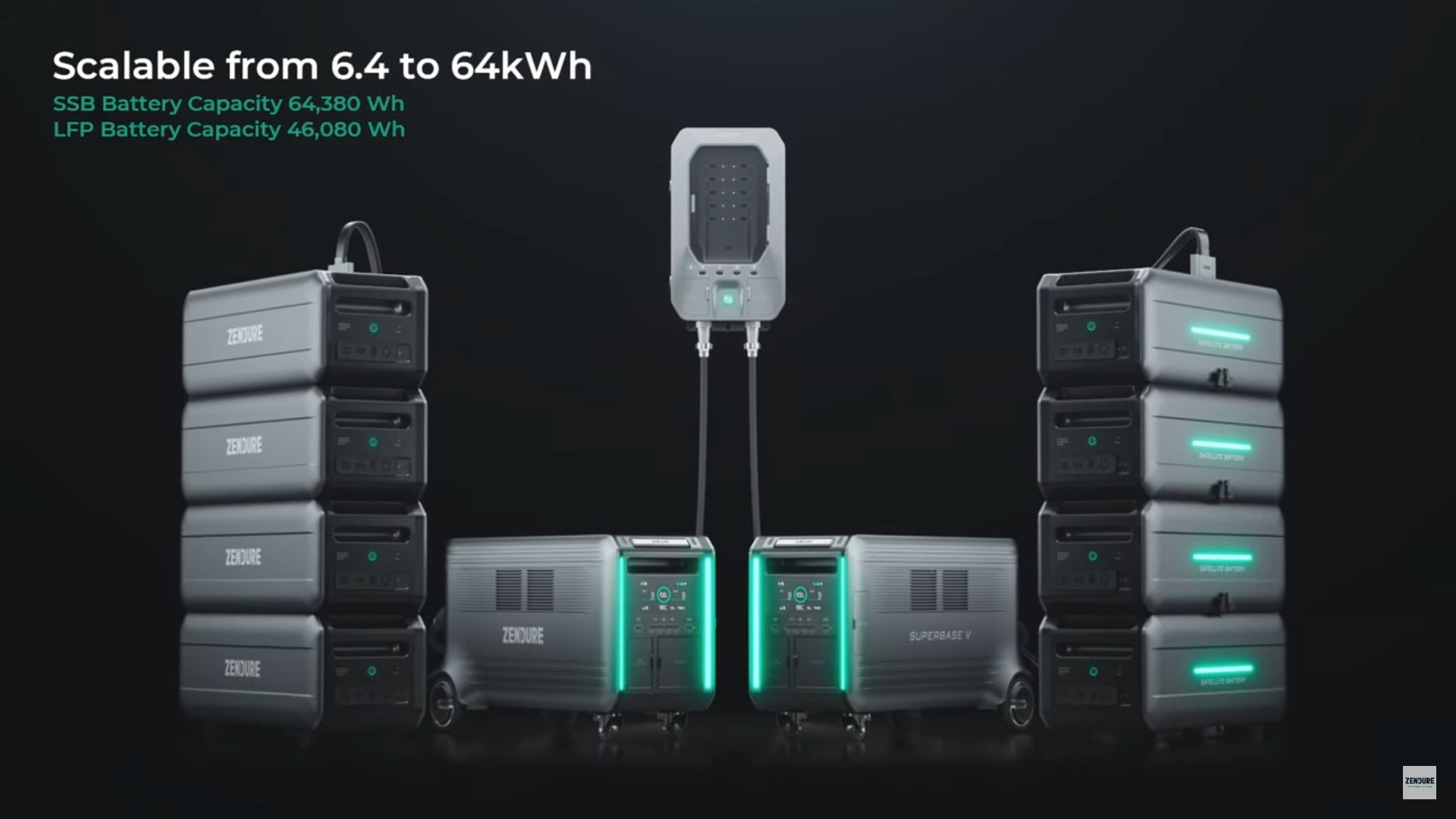 The SuperBase V can be scaled for several different power needs. A single unit can provide up to 3,800 watts (W) of power, while two connected units can supply up to 7,600 W. That amount is enough to power a typical washer, dryer, heater, and refrigerator at one time. For maximum wattage, two SuperBase V units can be stacked with four Satellite Batteries each for a total capacity of 64 kilowatts (kWH).

Power Your Home for a Week 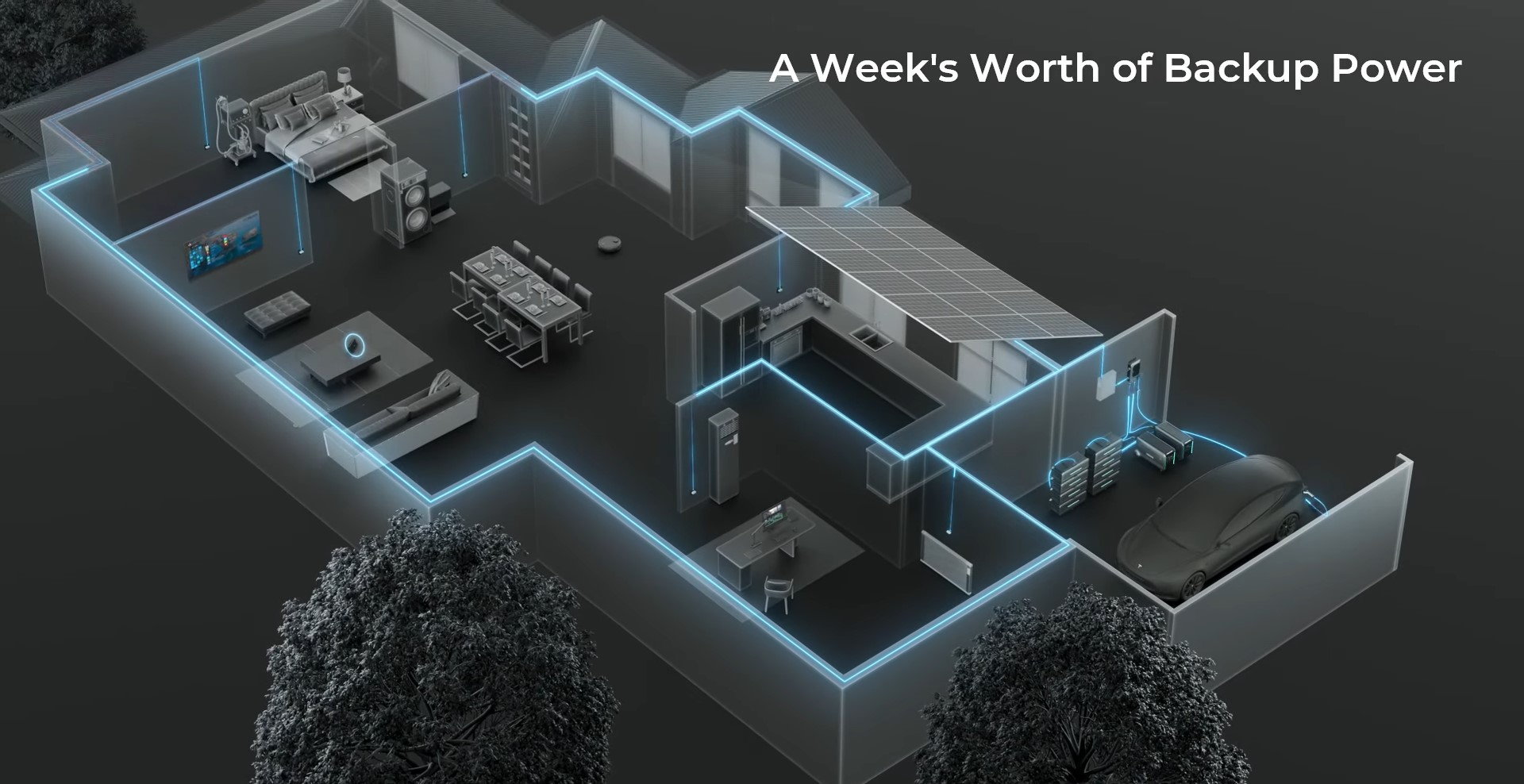 With the maximum battery configuration, the SuperBase V has enough juice to power a typical household for a week or more. This means you never need to fear a power outage, since the SuperBase V will automatically kick on in the event of a power grid failure. You can also use Zendure’s “Time of Use” app to monitor, manage, and customize your energy usage and save money on normal energy bills. 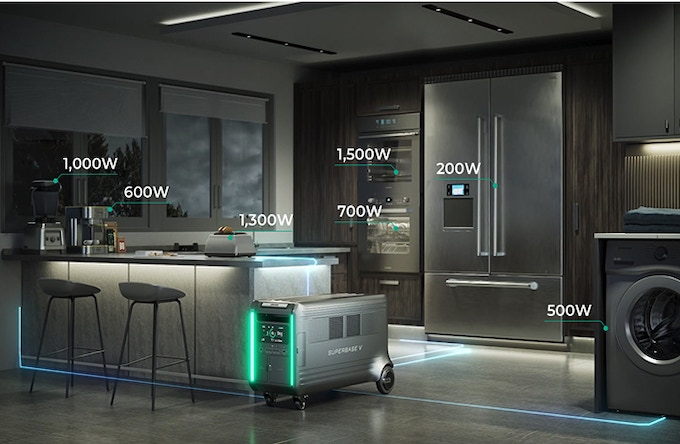 If a ever strikes your area, you’ll still have enough power to get you through the worst of it. Alternatively, if you’re simply ready to go , you can hook up the SuperBase V to a solar panel system and figuratively cut the cord to your power company. 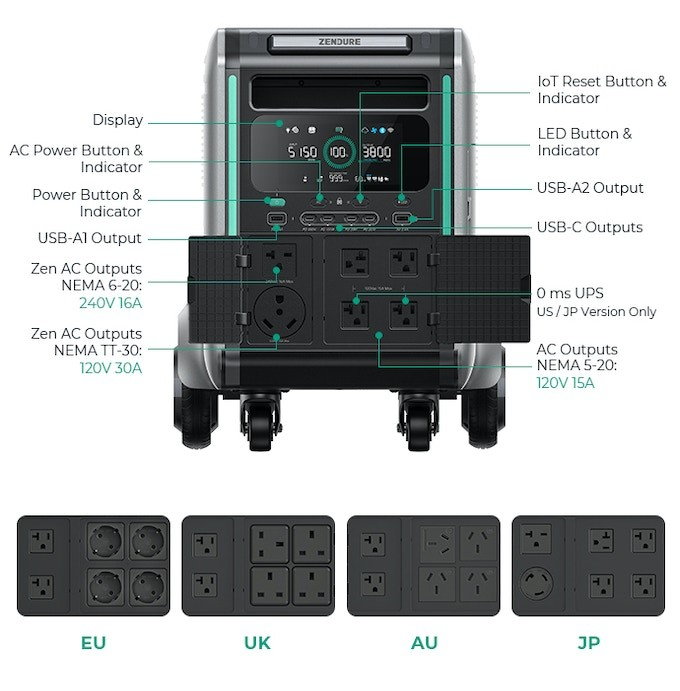 The Zendure Satellite Battery also boasts an Anderson port to meet any RV and camper electrical needs. Through the XT90 port, the modules can also glean up to 600W of solar power. For those looking to truly get some peace and quiet in remote areas, the SuperBase V TT-30 port can provide up to 30 amps to 120V camper or RV appliances.

Charge EVs on the Go 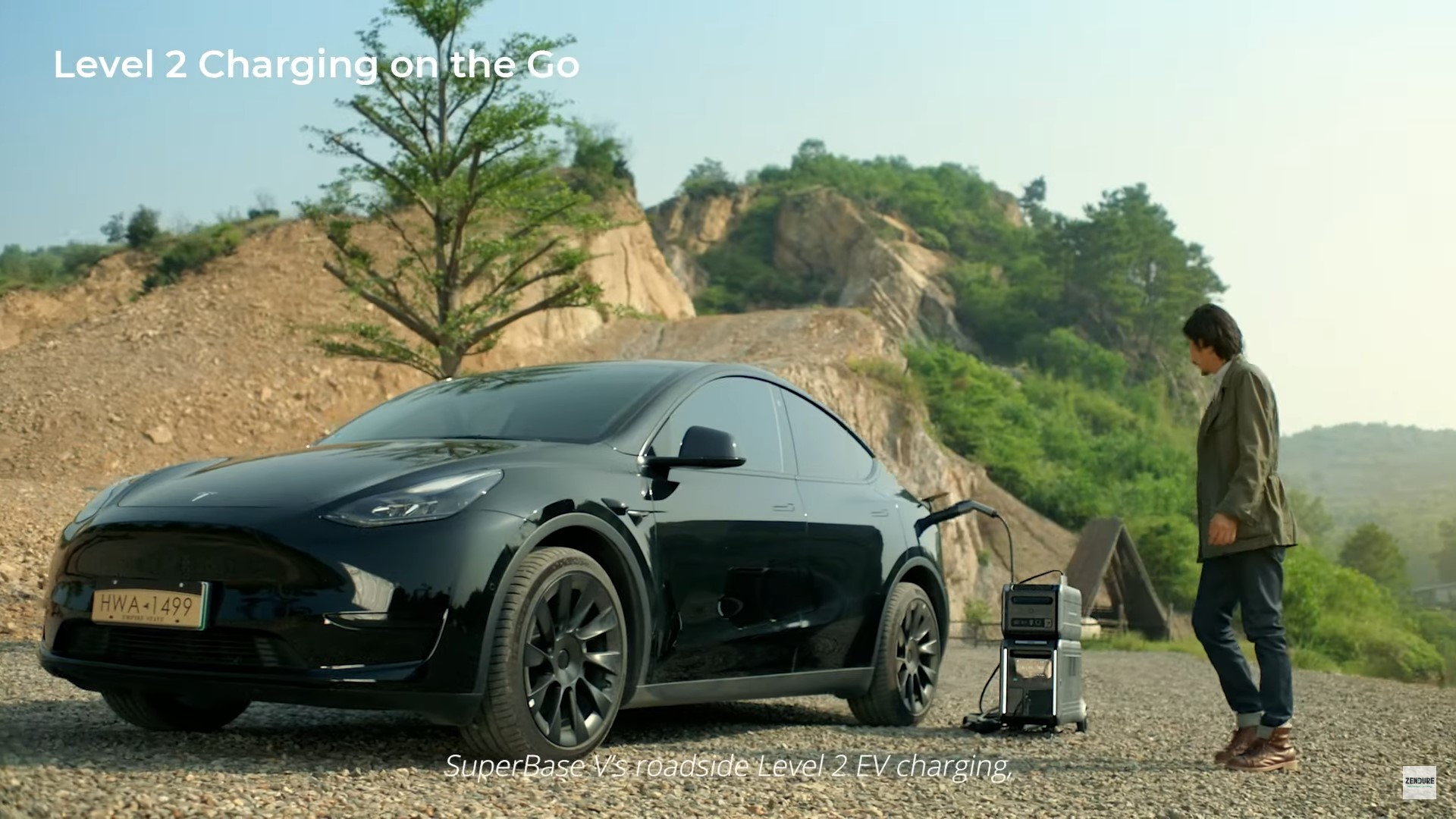 With its 2 EV outlets and up to 12,000W of power distribution, the SuperBase V can charge two electric vehicles quickly and at the same time, so you’ll never have a dead car battery in the event of emergencies. In addition to powering up your cars at home, Zendure’s plug-and-play system can recharge your EV on the go and in between charging stations, extending your driving range indefinitely.

For added ease of use, the SuperBase V can interface with smart home assistants like Alexa and Google, allowing customers to turn it on or perform other functions with voice commands. 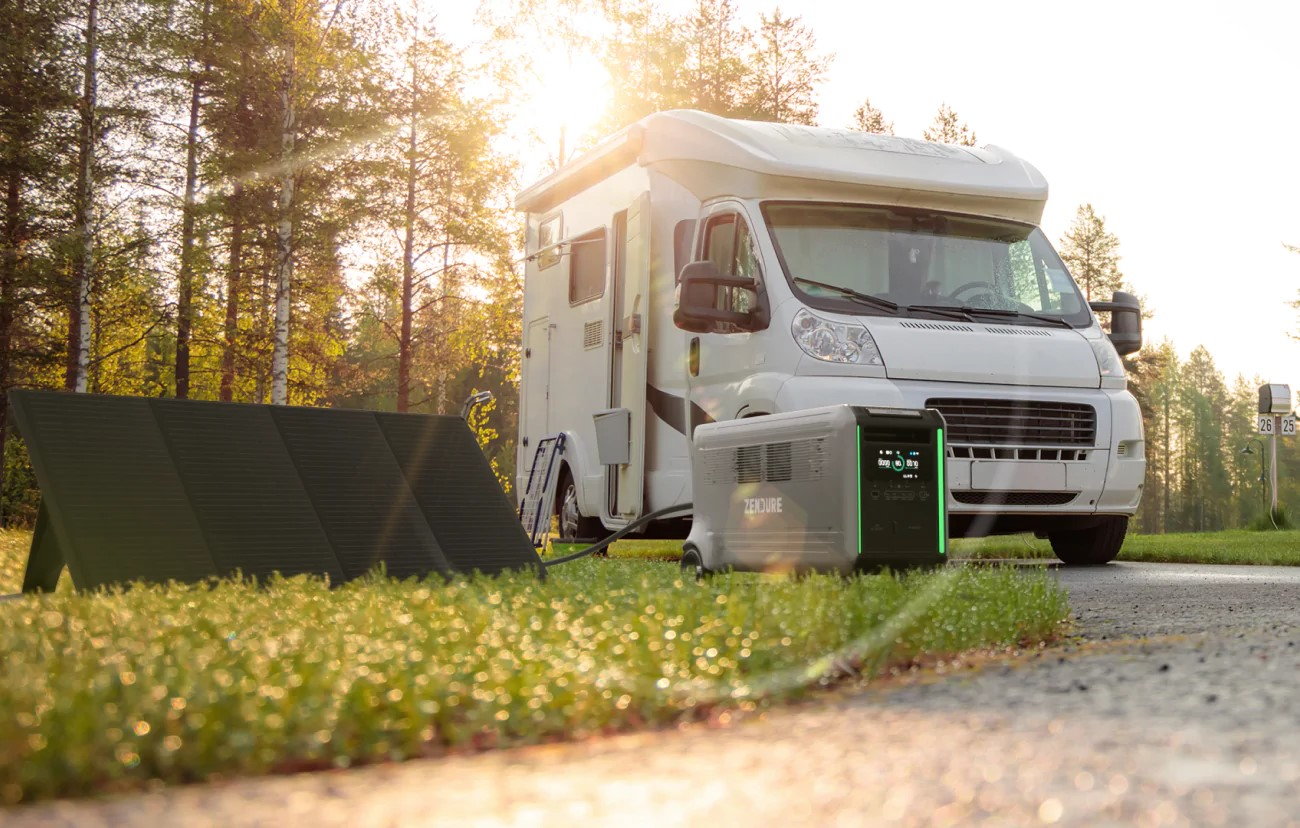 Zendure’s Kickstarter campaign blew way past its initial goal of $10,000, attracting over a thousand backers and over $5.3 million in pledges. The basic SuperBase V model is currently going for $2,699 and is expected to start shipping in December 2022.