Creative architect-designed tents were a central theme at , literally popping up all over the grounds of the Kiyoharu Art Colony in Hokuto City, Japan. But while most participating architects chose to display their creations out in the open atop the flat lawns, stood out by staging their creations in a forest of birch trees. The incredibly tall and pointy teardrop-shaped translucent tents rise up into the canopy, narrowly avoiding branches that could tear holes into the their membranes and deflate them. 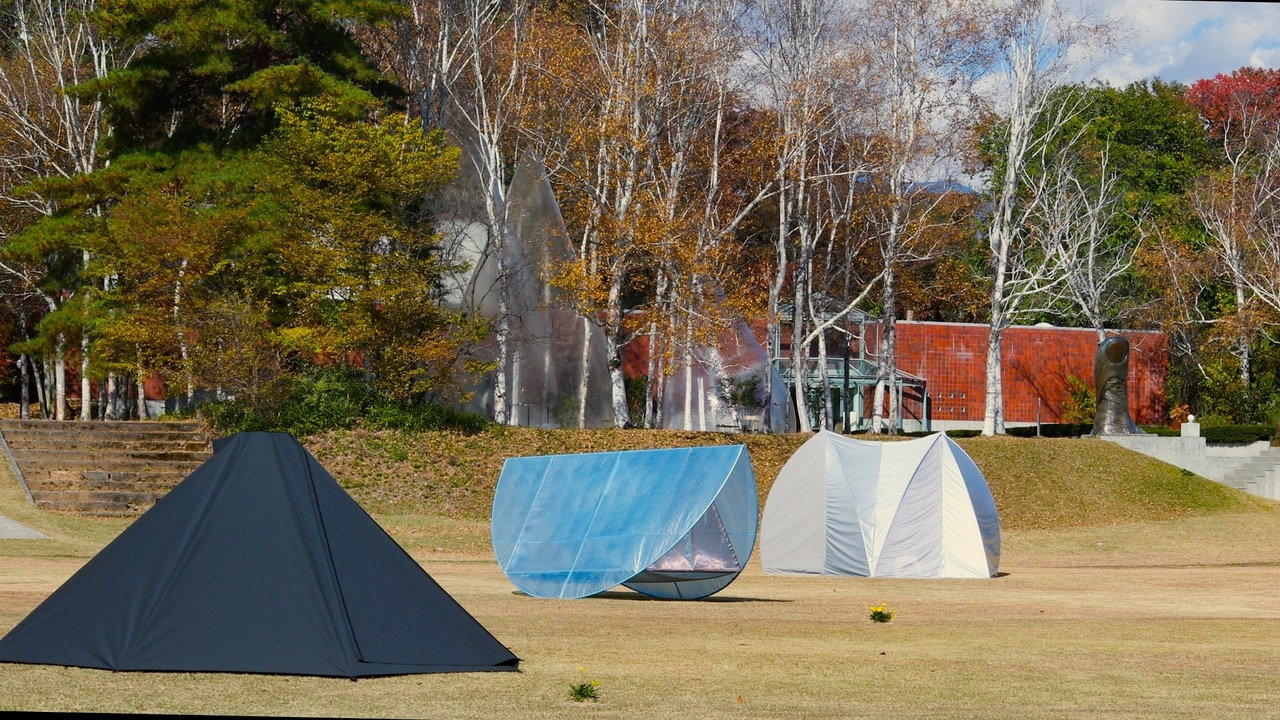 The precision of this installation was no mistake. The architects went to great lengths to make sure their creations felt like a natural part of the forest, as if the tents were giant drops of water that landed there and remained frozen in place. The design process began with 3D scans of the natural environment, which mapped the position, size, and shape of each tree down to the tiniest details. Yuko Nagayama Associates then determined how their massive teardrops could fit in the available spaces without disturbing the natural setting. 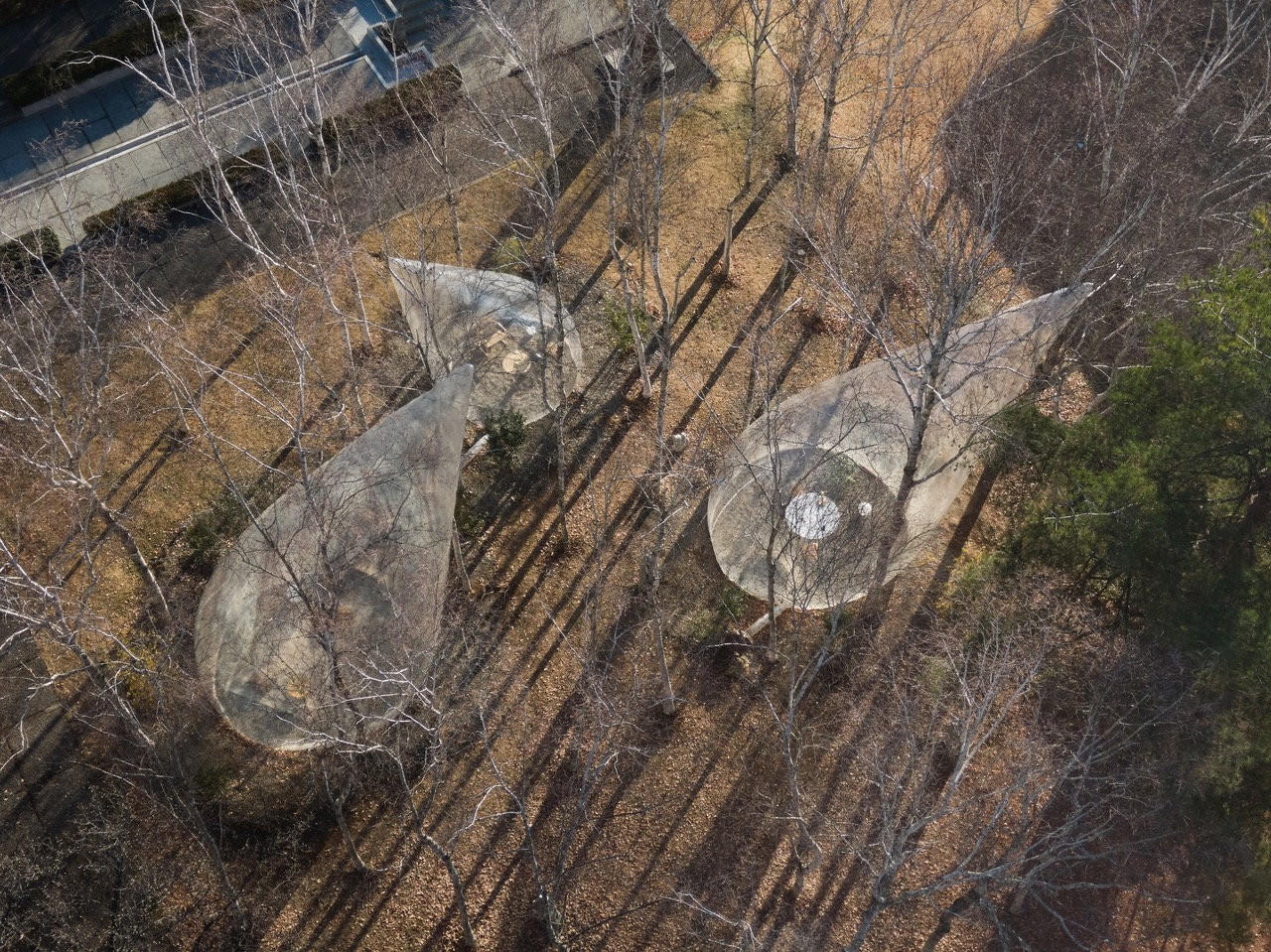 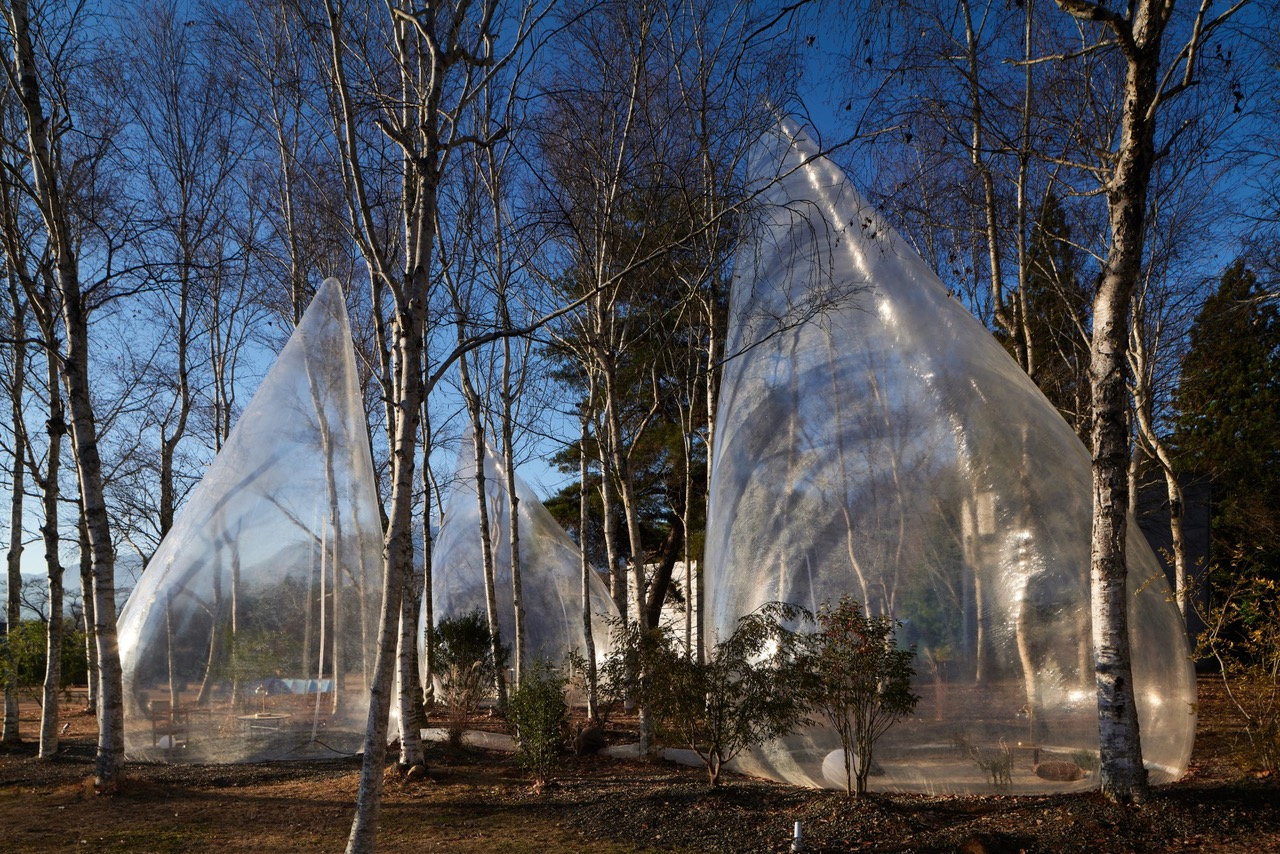 The architects wanted their tents to enhance and reflect the surrounding trees while also maintaining their own dramatic presence. Standing more than 30 feet high, each of the three inflatable tents faces a different direction, its pointed tip visible from a distance. For those inside the tents, the not-quite-transparent material blurs the forest without blocking it out, lending the experience a surreal, dreamlike effect. The pointed shape encourages visitors to look straight up at the canopy and the sky.

Each of the three tents has a different function. One is for sleeping, one is for gathering, and one is for solitary study or contemplation. Visitors were invited to stay in them overnight, their sleeping bags providing their only cover in a place where privacy is hard to come by. 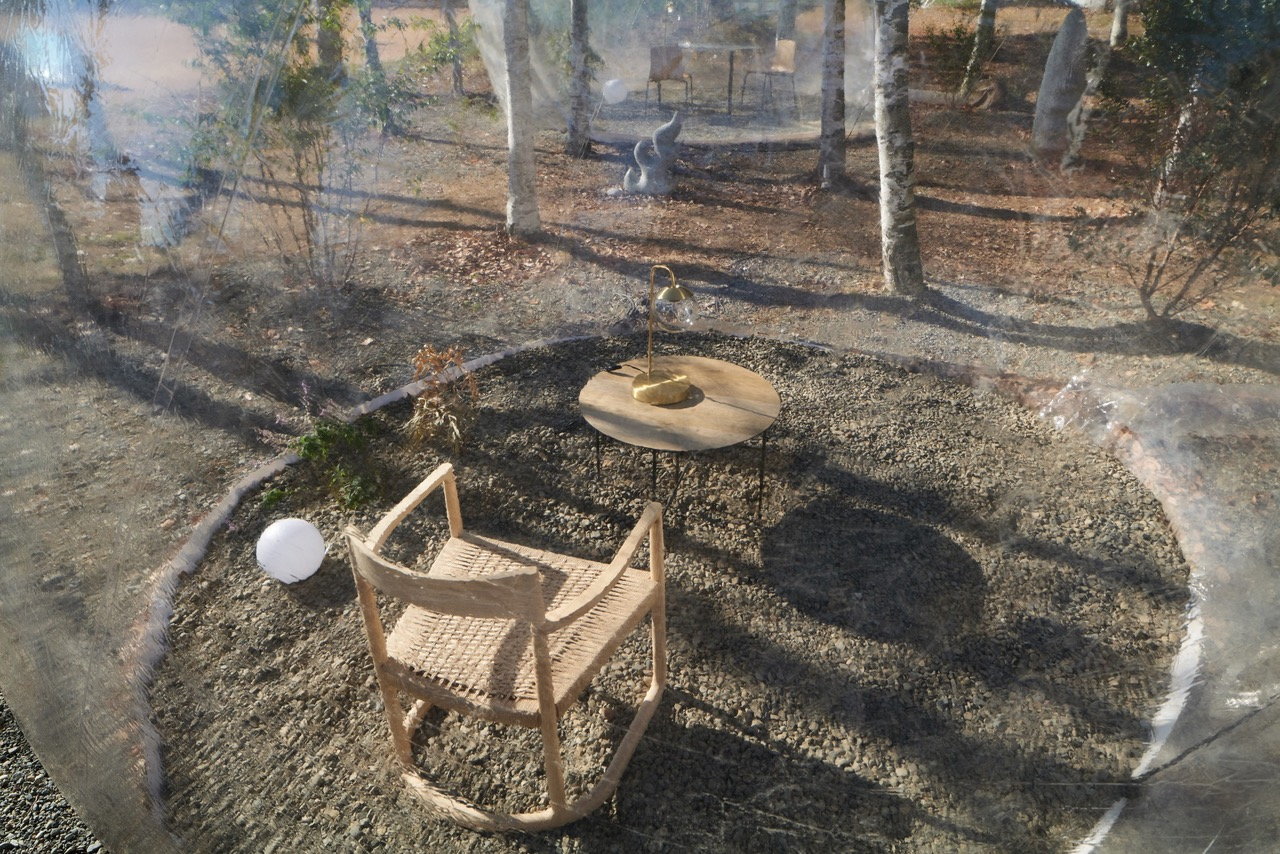 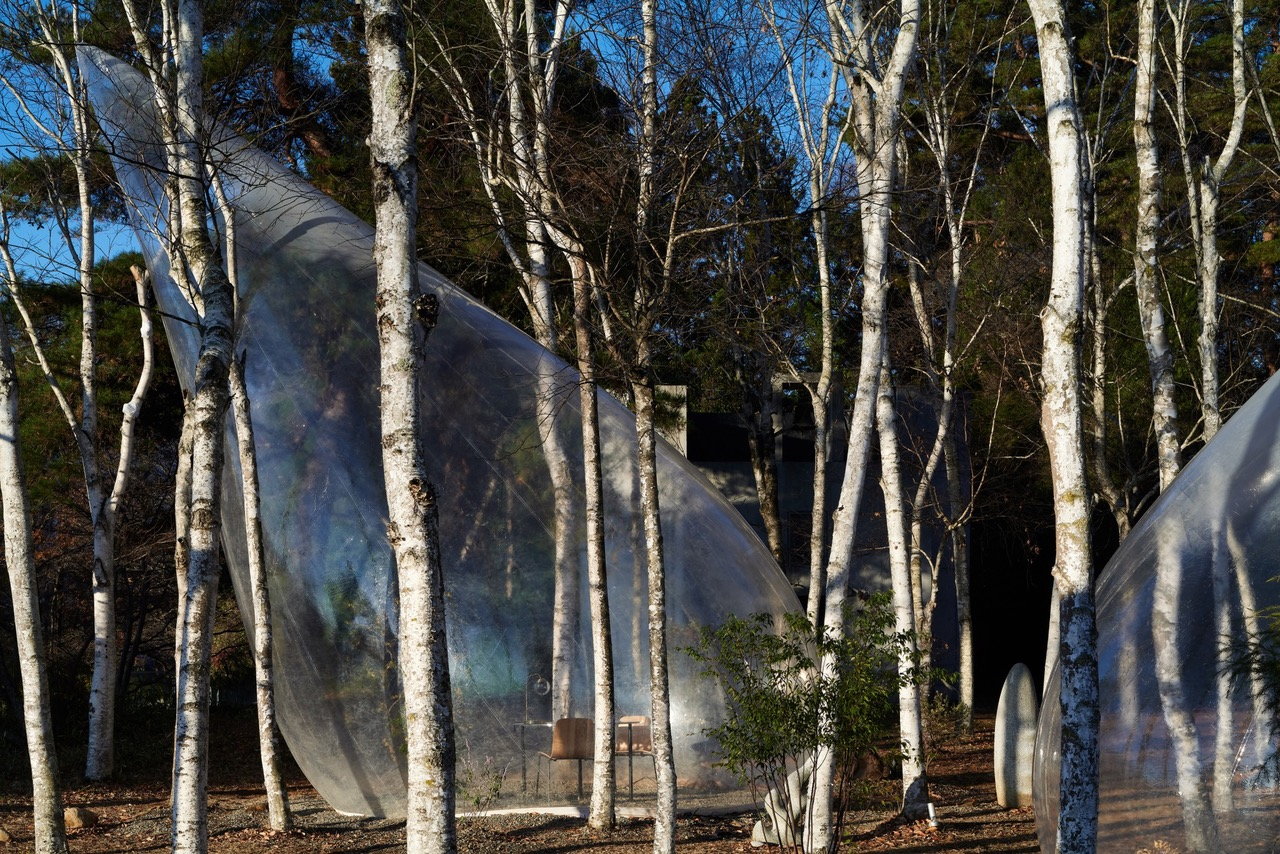 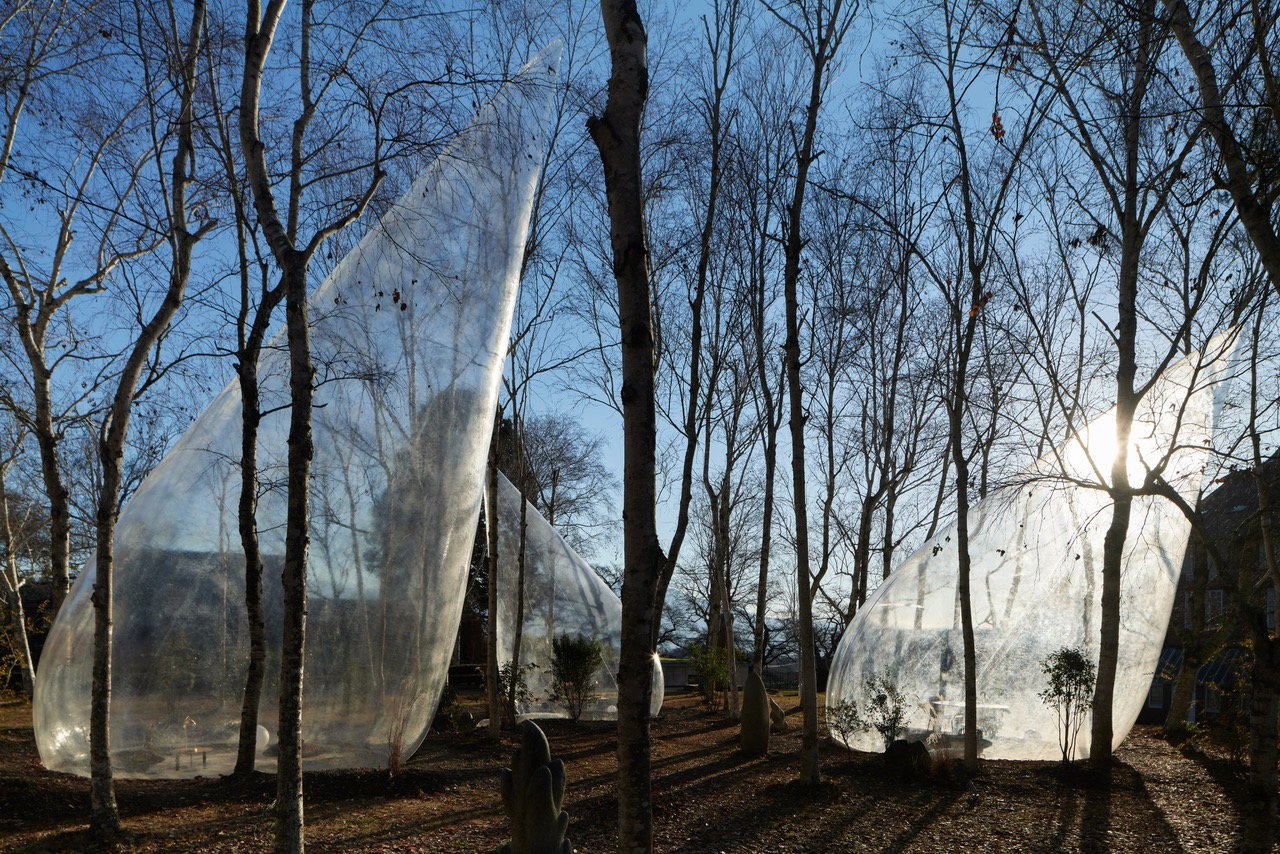 The event took place at , which was established on the former site of an elementary school in 1983. The village includes museums, studios, restaurants, and shops set among birch trees and Yoshino cherry trees, with arts exhibitions taking place indoors and out. 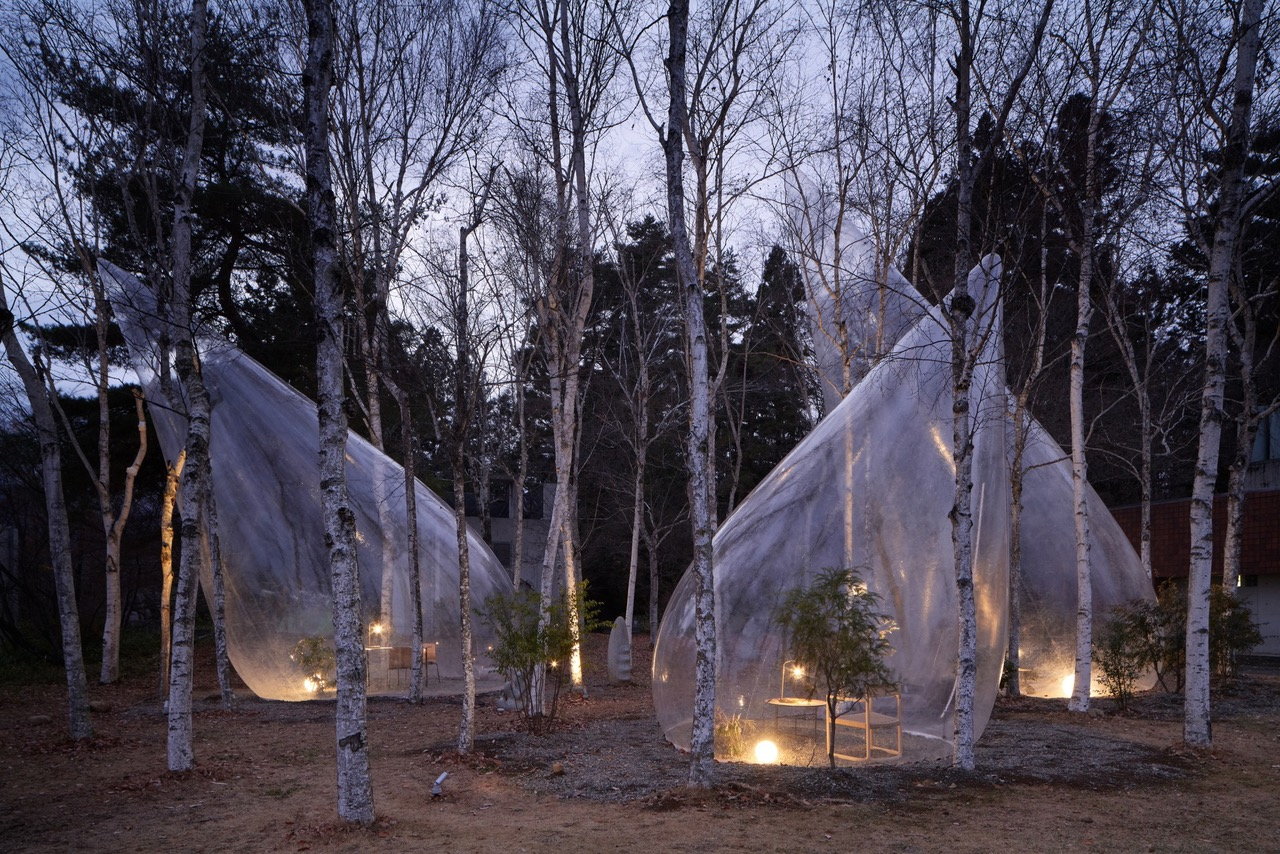 Architectural works on site include creations by famous architects, including the Museum of Light by , where exhibited pieces interact with natural light; the Kiyoharu Shirabaka Art Museum by Yoshio Taniguchi; the studio of painter Ryuzaburo Umehara created by Isoya Yoshida; and even a portion of the original stairs from the Eiffel Tower. One of the most popular features on the grounds is the Tetsu “treehouse teahouse” created by architect , which stands on a central pillar of an 80-year-old Japanese cypress and hovers four meters above the ground. 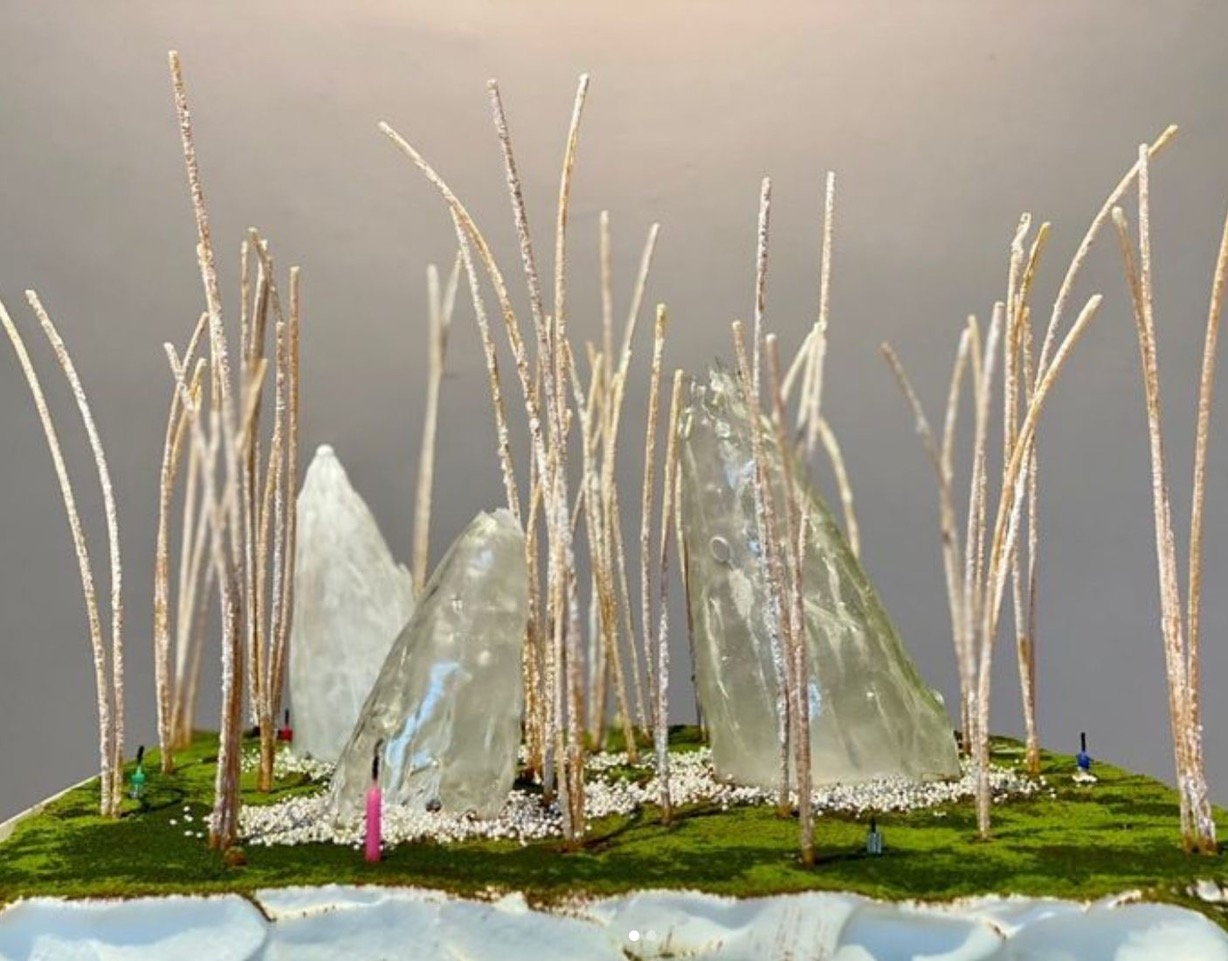 , Yuko Nagayama Associates revealed that they weren’t quite ready to move on from their unusual teardrop tents once Hokuto Art Program ed.1 was over. For lead architect Yuko Nagayama’s birthday, the firm commissioned a special cake from Katsutadai cake shop VIN ROSE that captured the scene in sugar, matcha powder, and little birch trees made of pasta.