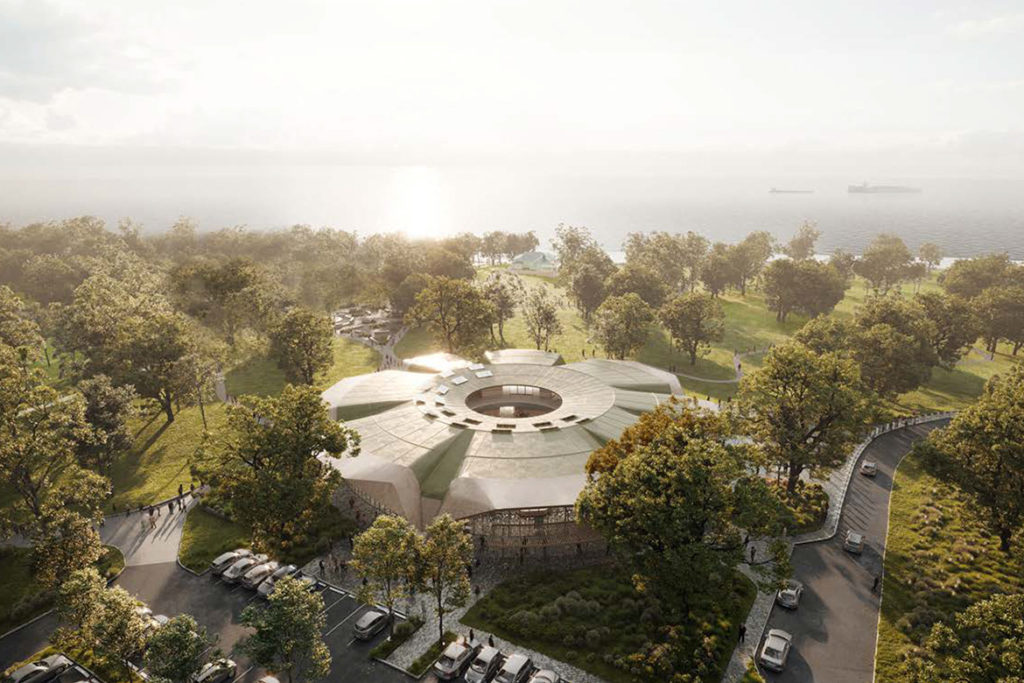 In an exclusive sit-down with Jarrod Reedie, Sydney Design Week creative director, Stephen Todd, discusses the theme for this year’s design week, running 15-22 September. He draws our attention to some incredible keynote speakers, and fills us in on the fascinating developments going on in the harbour city’s CBD and western regions.

Indesignlive: Making Now is the theme for Sydney Design Week 2022. What does Making Now centre around?

Stephen Todd: Sydney Design Week has been going for over two decades and there’s always been plenty of activity, but it wasn’t very centralised and there was no sort of overarching theme. This year we wanted to create a theme that will help people focus on what they’re thinking about, and that theme is ‘Making Now’.

That theme is deliberately very open and versatile. There’s a two-pronged read on it. One is Making, that sort of Modernist paradigm of creating industrial products and encompassing cross collaboration, craft production and limited edition work.

Walk us through the curation process and how you came to select the people involved?

Stephen Todd: We spent a couple of months working out who would be great keynotes and represent where design has been and where it’s moving. Nipa Doshi, one half of Doshi Levien, was born in Mumbai and trained at India’s National Institute of Design, which saw Modernist thinking occur during a colonial circumstance.

She then studied at the Royal College in London where she met Jonathan (Levien). So there’s a real story there about openness to other cultures, the cross-pollination of thought. They (Doshi Levien) are a husband-and-wife team that work very collaboratively and that resonates on a modern level.

I’ll be having a conversation with Nipa about all of those things, as well as how the studio has changed. Their first works were super industrial, and in the last five years they’ve begun to create smaller pieces, which essentially maps the shift away from modernist design to a more nuanced way of being in the design world.

Bruce Mau is another one. He’s a graphic designer but that doesn’t get you anywhere near understanding what Bruce does. He came to fame in the late 1980s with the Zone books that were the most extraordinary things as they were being produced right on the cusp of analogue and digital. He studied ink throwing and lithograph making and yet was creating these things with computers, so they mapped this shift in tools that were available in the shift from analogue to digital.

In the last 20 years he’s become a thought leader. He was called upon by the country of Guatemala to rethink it. He was approached by the organisation of the Hajj (who organise the annual trip to Mecca), to rethink that experience; and he’ll be in Sydney for a month with UNSW being an embedded thinker. Bruce will directly affect the young designers currently studying – how they’ll be thinking about what design is and what design thinking is.

Both speakers ( and ) will impact way beyond just the two hours that we’re talking during Sydney Design Week.

caught our eye. Given the amount of urban renewal going on in Parramatta, why was it important to ensure that the developments like the Powerhouse and Parramatta Phive are highlighted as part of SDW?

Stephen Todd: Look, I think that we can talk about Greater Sydney because as we know from communications from various government departments that Parramatta is the geographical centre of Sydney. It was where the first governor’s cottages were located and there are enormous amounts of history in Parramatta. On my way to the museum in Ultimo I go through Parramatta and you can see the skyline and there’s so much activity and buzz going on out there.

Among all that buzz is the which is due to open in 2025. One thing you notice about Parramatta now is that there are some really great architects designing buildings there and not only that the delivery is extraordinary. These buildings are beautifully crafted, conceived and realised.

We wanted to do an architectural tour for those in the more inner parts of Sydney to get out and understand how exciting it is. The demographic breakdown and multiculturalism are incredibly exciting, and there’s a really heartfelt desire to share what’s going on in Parramatta.

The , with a number of practices running through their processes for each building. An event called will take a look at the role of cuisine and community and culture. We want to make sure that students and other people from the west are coming in to participate in the Sydney Design Week program in the CBD as well.

How did the relationship come to be between the Ace Hotel and Sydney Design Week; what are some of the talks and workshops that’ll be held at the hotel?

Stephen Todd: is a brand that I’ve known since it opened up in the late 1990s and it’s a brand that’s always put the idea of collaboration at the forefront. I’ve been following the Sydney building since it was a site. And given that it’s 10 minutes from Powerhouse Ultimo, it’s given us the ability to create this mini design precinct between the Museum and The Ace in Haymarket.

With the reinvigoration of the Powerhouse in Ultimo, that area will become a design precinct specifically in the realms of fashion and design. Eddy Avenue is about to become Tech Central with Atlassian, and that will centre around technology design and the Ace in Haymarket will become a hospitality and entertainment precinct. There’s five hotels along Wentworth Avenue which are all walking distance to one another, and we’ve got four galleries near Central Station at the new Eddy Multi-Space and so all three triangulate to create a little design walk.

It (Ace Hotel) is clearly a design-led hotel and because it’s built on the site of the oldest colonial kiln, David Flack has done a lot of work with ceramicists in that space. That segues into creating this in the back, as part of Sydney Design Week.

One of the talks at the Ace we’ll be running is called and will be presented by AFR Food Critic, Jill Dupleix. It is about how people in Australia often experience design through hospitality first. Our restaurants and cafes are these extraordinarily buzzy places and the design turns over quite quickly. You often get people experiencing a beautiful chair or cutlery in a venue.

Sydney Design Week will give locals the chance to mix with some of the world’s leading architects. Who will they be?

Stephen Todd: The first presentation for the festival will be done via video link with Moreau Kusunoki [for ], which will provide an update on Powerhouse Parramatta, which has now broken ground.

We’ll also be speaking with William Smart in Alexandria [for ]. William’s opening up his studio and his house to a limited number of people and we’ll be doing something of a block party there. That’s certainly something we’re excited about, as that is the same day as the Moreau Kusunoki presentation and the Bruce Mau keynote, so it’d be great for people to while they can.