Superheroes and epic characters: The best independent comics to support and read in 2023 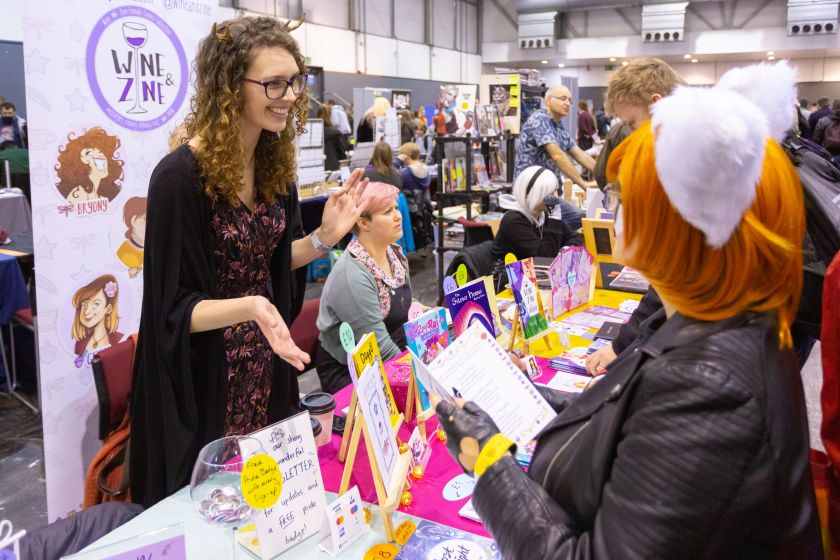 Looking for something new to read in 2023? You’re in luck! We’ve teamed up with director Martha Julian to bring you the best independent comics to support and enjoy next year.

Thought Bubble Festival – the annual week-long celebration of comics held in Yorkshire – is just around the corner. The event, which will take place in Leeds and across the historic county from 4-10 November, has recently announced details of the entire programme for an extended festival week at Harrogate Convention Centre on 12-13 November.

In Leeds, expect to see the city centre packed with talks, workshops, installations, exhibitions, screenings and venue takeovers celebrating the weird and wonderful world of comics. Highlights include a conversation with Gail Simone at Leeds University, a storytelling workshop with Hamish Steele at Leeds Library, and an exhibition of work by Tula Lotay at Leeds Corn Exchange.

Meanwhile, the two-day convention at the end of the week in Harrogate will host an extensive range of panels that cover everything from reconsidering classic comics to invaluable Q&As for budding creators. Scott Snyder will be the focus of a guest spotlight panel, while industry icons Al Ewing, Si Spurrier and Kieron Gillen explore the cultural impact of The X-Men. And if you want to learn more about self-publishing, Shelly Bond, Eve Greenwood, David Barach and Lucy Sullivan reveal how to go about it. 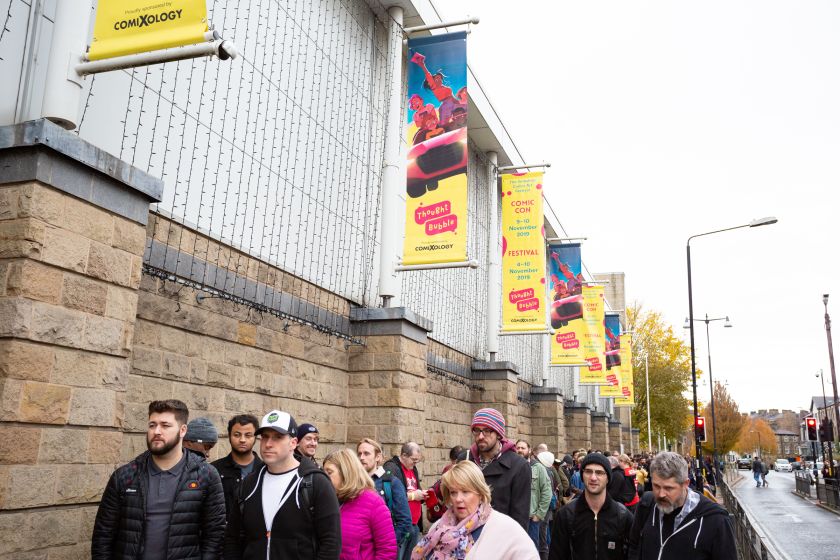 “We’ve never been more excited to unleash a Thought Bubble lineup into the world!” says Thought Bubble Festival director Martha Julian. “We aim to spark a new love of comics in people, while those who already love the medium can meet their heroes and learn from their favourite creators. There’ll be something for everyone!”

With her wealth of experience in the comics industry, Martha is ideally placed to recommend the up-and-coming comic talent you need to know about. And the good news is that the scene appears to be brimming with talent waiting for you to check out.

Sanford Greene, David F Walker and Chuck Brown make up the creative team behind this comic, set in the 1920s Harlem Renaissance. Supernatural forces threaten to destroy humanity, and New York’s only hope of protection comes from the once-great monster hunters, the Sangerye Family. Having been torn apart by tragedies and conflicting moral codes, they need to heal their wounds or watch unimaginable evils ravage the human race. No pressure, then. Running across 24 action-packed pages, Bitter Root is the first of a brand-new ongoing series of monsters, mayhem and family dysfunction. 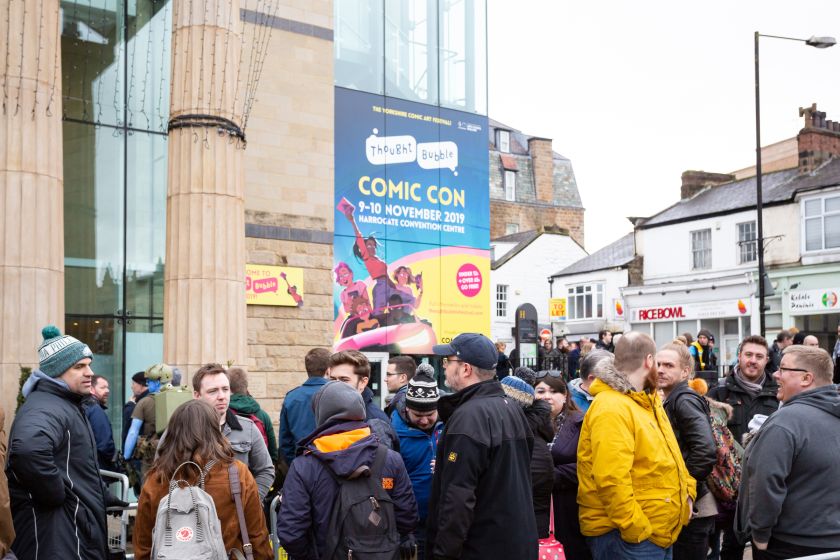 Nominated for the Ignatz Awards Outstanding Graphic Novel category and the winner of the Jhalak Prize 2022, The Roles We Play is author Sabba Khan’s debut graphic memoir. In it, she explores her experiences of growing up as a second-generation Azad Kashmiri migrant in East London, along with the issues of race, gender and class that this involved. Beautifully illustrated in a minimal yet eloquent style with architectural page design, The Roles We Play delves into the complex shifts experienced by different generations within migrant communities.

While most of us intended to write our King Lear during lockdown, Rachael Smith actually did. Written and drawn daily during the 2020 lockdown, Quarantine Comix was initially shared online and became a delightful way for isolated people to laugh and feel a bit better about life during the pandemic. As well as being laugh-out-loud funny, Quarantine Comix is bitter-sweet, philosophical and downright silly. Comprised of 200 drawings, this comic tells the story of one woman overcoming loneliness with humour and raw honesty. 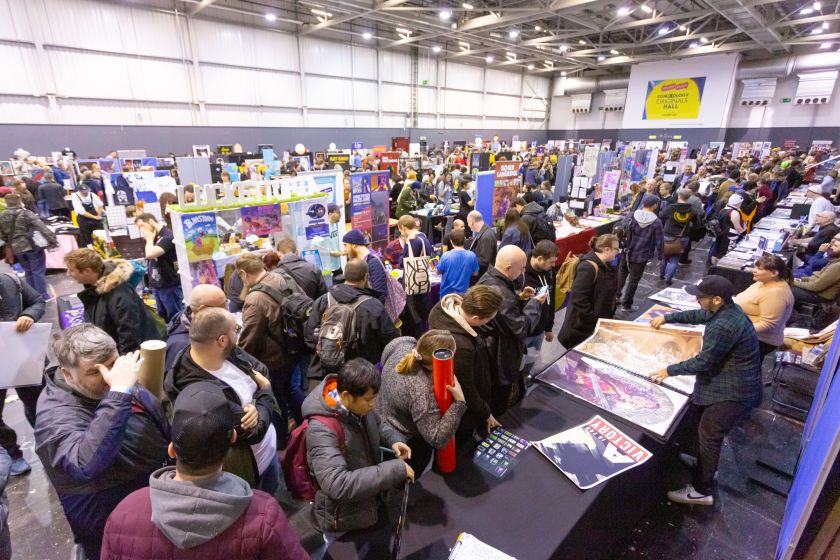 Meet Billie Scott. An artist whose debut gallery exhibition opens in a few months. But as the title of this comic suggests, within a fortnight, she’ll be completely blind. In this comic, Zoe Thorogood follows Billie as she struggles to deal with her impending blindness and travels from Middlesbrough to London in a post-austerity Britain, which feels like it is leaving people like her behind. Billie needs to find ten people to paint for her exhibition and the inspiration to continue with her art and life. But will she succeed?

Award-winning writer Ram V and lauded Captain Marvel illustrator Felipe Andrade join forces in this comic which explores the fine line between living and dying through the lens of magical realism. In The Many Deaths of Laila Starr, a humanist is on the verge of discovering humanity. This leads to the avatar of death being cast down to Earth to live a mortal life in Mumbai as twenty-something Laila Starr. Struggling with her newfound mortality, Laila is given a chance to stop humankind from altering the cycle of life and death forever. But will she follow through with it? 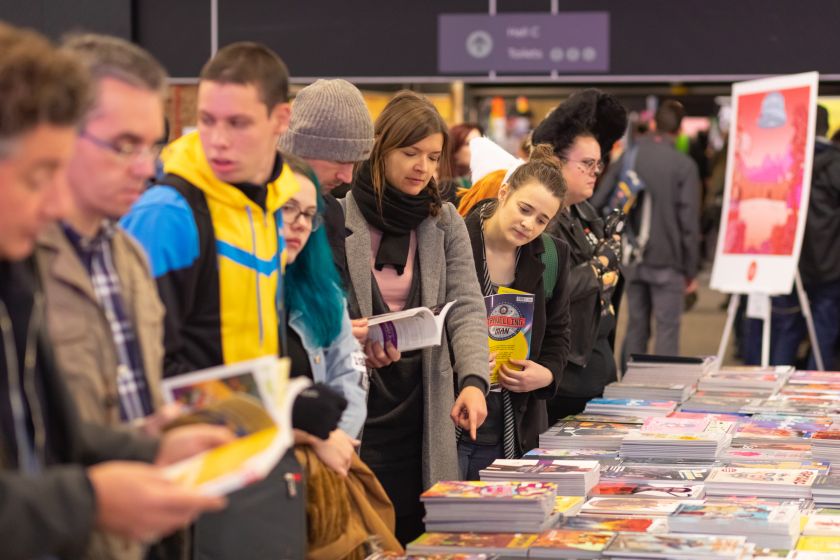 Meet Haru, a small blue bird who cannot yet fly but dreams of leaving the valley they live in one day. Told across 52 pages, this is the first in a series that author Joe Latham intends to run for five to six volumes. Described as a work of “sweet nostalgic melancholy”, Haru was a hit at The Lakes Comic Art Festival, where it completely sold out. Joe still has some stock left, so be sure to snap up this comic while you can.

When I Was Me is a collection of autobiographical comics that explores the joyful and euphoric experiences of being transgender and feeling validated and celebrated. From being called the right name to performing as a different gender in a play, the gender euphoria in its pages comes from a place of truth as the team working on this collection fit under the trans umbrella. With 12 interior illustrations and over 60 comics, this book is a wonderful reminder that the trans experience is full of beauty and happiness. 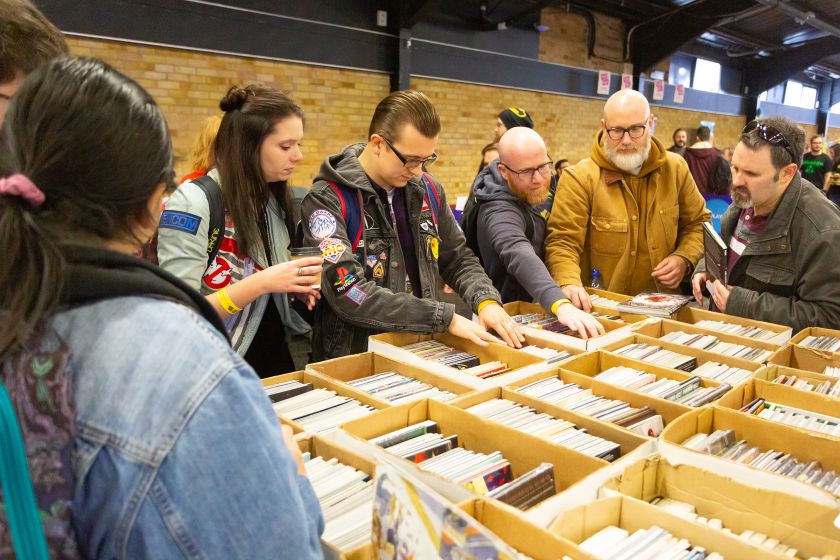 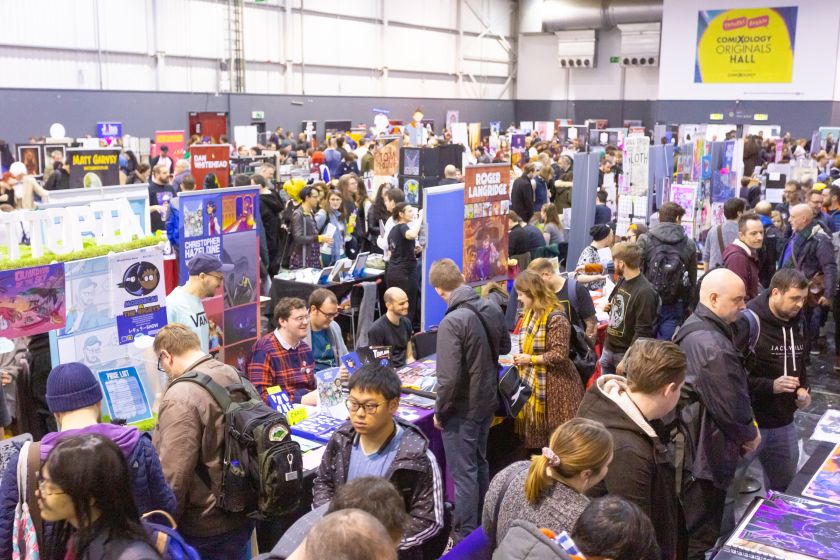 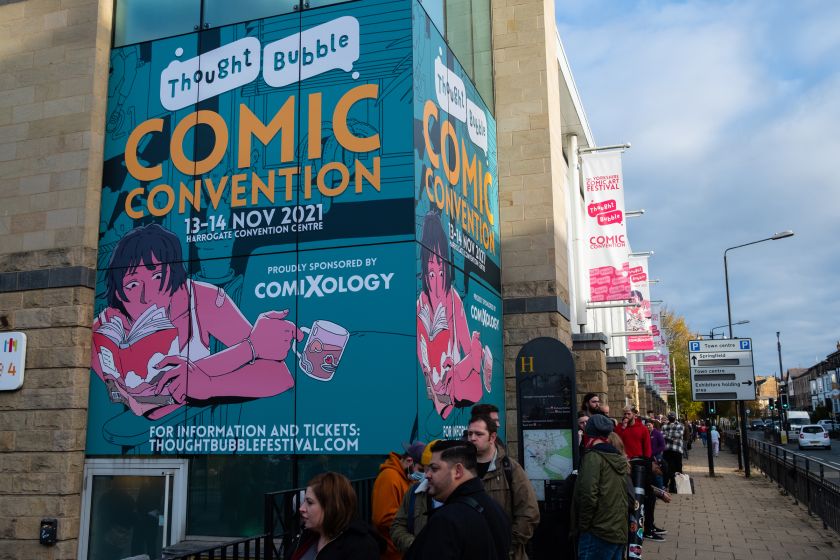 The topic of childhood grief isn’t easy to tackle, but Rachel Faturoti confronts it head-on in her accomplished debut about a little girl called Sade who creates an imaginary world to deal with her mum’s death. But as well as going on adventures with her purple-winged bird, Nix, this imaginary world also contains frightening shadow beasts that threaten to spill out into the real world. Will Sade, with the help of her support group, be able to defeat the shadow beasts in time?

Ever since she was a little girl, Olivia has been able to see an invisible headless knight. Is it an omen? Is it a ghost? Or perhaps it’s something much more real altogether? As she grows older, Olivia becomes used to the headless knight’s presence in her life, although she also knows that she must finally confront it one day. But how? And who would win?

Written by Eisner Award-winning writer G. Willow Wilson and illustrated by Eisner Award-winning artist Christian Ward, Invisible Kingdom is a new epic sci-fi monthly saga set in a far-flung star system. It tells the tale of two women, one a religious acolyte, the other a hard-bitten freighter pilot, as they separately uncover a vast conspiracy between the church and mega-corporations. How will the unlikely pair fare as they are plunged into a world of anarchy in their effort to reveal the truth?